Wonderland is a funny and fantastic show. It has characters dressed in many fancy costumes such as Alice, The Queen Of Hearts, Hat, Rabbit, Caterpillar, Cat and Card. My favourite character is the Queen Of Hearts. She has on a very fancy dress that makes her look like Queen Victoria!

This show is special because, unlike many other shows, this show’s characters hardly go up on stage, and they even have a special time to get us to move our bodies to dance and play games! They also sing easy songs that all of us can join in to sing! The setting of the show is special as well. There are cushions on the floor for us to sit on. The part I liked best is when I get to take pictures with the characters! I took pictures with everyone, except the cat, because I am afraid of it.

This story is about us having tea with the Queen and trying to make the Queen pleased. The Queen is very fussy and want everything to be perfect. Finally, the Queen is happy and she goes home. Just then, she notices the tarts she baked have been stolen! She wants to find out who has stolen her tarts. She suspected Alice and Cat at first. But finally, she finds out who the real culprits are.

After the show, I really feel like picking up my book of Alice in the Wonderland and read it once again. It is truly engaging and suitable for all ages. I am truly amazed by the performers for their acting and singing. This is definitely a good show. 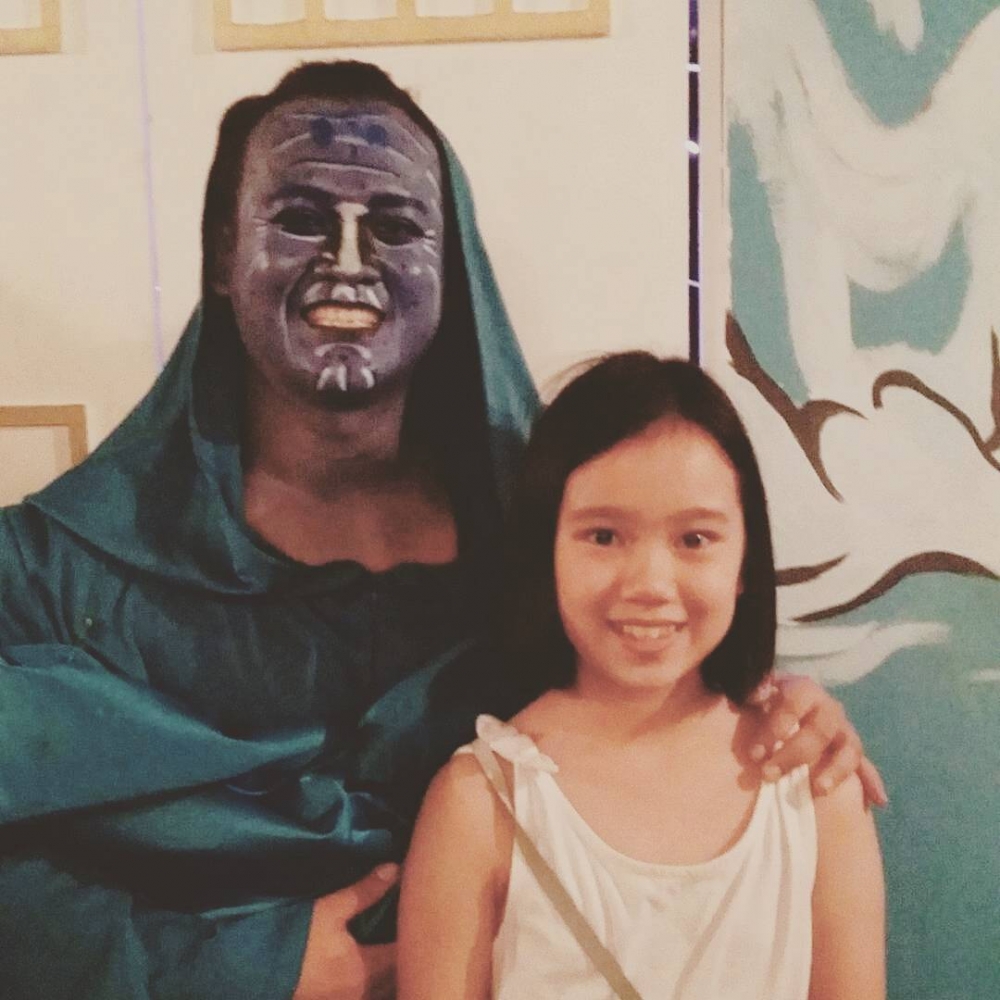 Curiouser and curiouser... Did you know that Lewis Carroll, the author of Alice in Wonderland, is also a Mathematician? Think Carroll diagrams that sorts things using Yes or No. And it is very apt that QQ should mention that the Queen looks like Queen Victoria because it was rumoured that "Queen Victoria herself enjoyed Alice In Wonderland so much that she commanded Lewis Carroll to dedicate his next book to her, which happened to be a scholarly mathematical volume entitled An Elementary Treatise on Determinants." Let us find out what went on in QQ's head while she was with Alice in Wonderland!

1. How did you know that the Queen suspected Alice and the Cat had stolen the tarts?

Because in the show, Rabbit said that someone stole the tarts from the Queen and he suspected Alice. However, after reading a letter found on the floor that contained clues to whom might have stolen the tarts, they suspected the Cat.

2. Why didn't you take photo with the Cat?

I have cat-o-phobia. (We can't blame her for getting scared of a psychedelic-eyed, wide-grinning cat that can sometimes disappear at will!)

3. What were some of the games that you really wanted to take part in during the show?

4. Do you think that theatre shows should be like this (Wonderland) or should we be seated properly in chairs to watch a show on the stage?

I think the theatre should be like Alice in the Wonderland because it is relaxing.

About the reviewer:
QQ, a strong and independent 10-year-old girl who loves having fun. Her adventurous spirit drives her passion for story-telling. Above all, she loves her younger brother. QQ has also written her first Chinese picture book, Lil' Butter (find out more).

QQ attended the show with her mother Sheenyit. Read Sheenyit's review, written in Chinese here, and the translated version here.