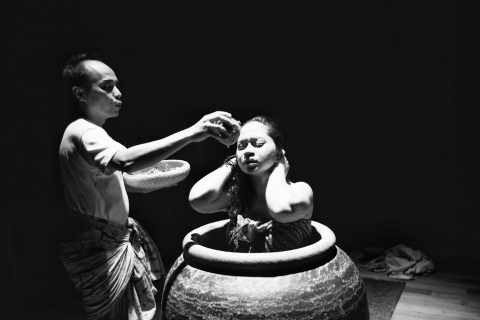 Hatch Theatrics makes sure that your experience with the Malay culture is complete: They hand you their play's bill, printed to resemble a banana leaf, rolled up in a cone shape – like the kind you put kacang putih (assorted nuts) in. But instead of tidbits, we find flowers in it. The production manager tells us that is how traditional Malay wedding favours look like. The brochure also educates the audience on the types of hantu ( ghosts), pantang (taboo) and jamu (herbal concoction). 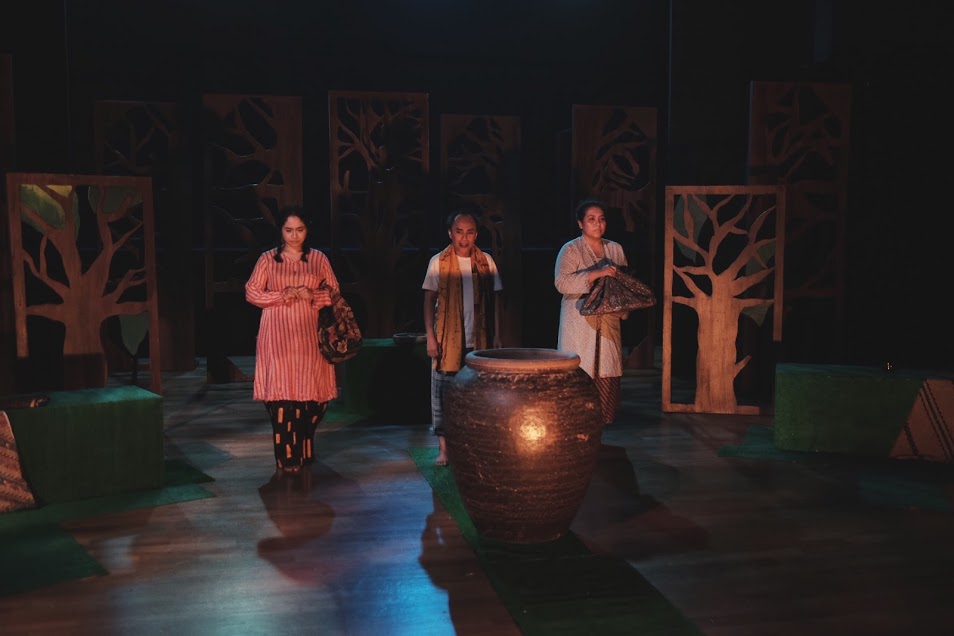 The play gives us the same sense of educational quality. The penglipur lara (storyteller), played by Gene Sha Rudyn, jumpstarts the play by eliciting responses from the audience about various items used in traditional Malay rituals, and explaining in detail these items and their roles. Then, he strategically puts them in position for the show.

We are mesmerised with the way he spins around, smoothly tying a yellow batik cloth around his waist like a sarong in a twist, and transforms into one of the protagonists, Ibrahim. Having to juggle between being the storyteller, Sarah's abang (a way of addressing the husband), the village tok mudim and sometimes, the ensemble, Gene basically sets the pace for the show. And he is experienced in that, entering and exiting his roles promptly – although nearing the end of the play, I feel breathless for him. 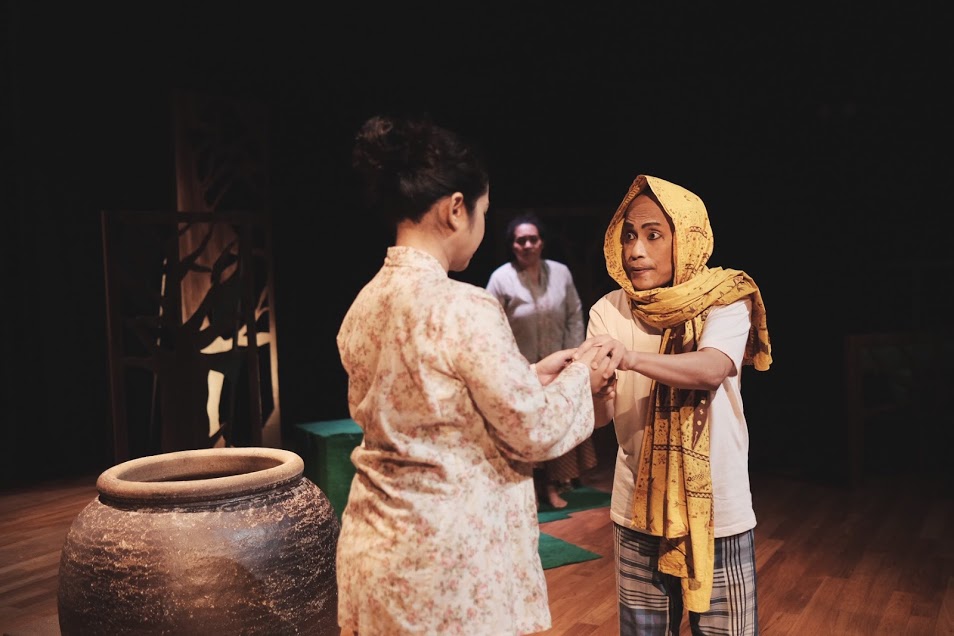 The play takes place in the auditorium of the Malay Heritage Centre; the audience sits on straw mats or short wooden benches. To balance the high ceiling, and break out the flat square space, set designer, A. Syadiq, cleverly layers and staggers carved wooden panels on the stage to create a sense of depth from the audience's perspective, at the same time, depicting the lush maze of a kampong to reflect the era of the play.

The forestage is symmetrical with 2 benches on either side, and a large ceramic pot right smack in the centre. Strangely, perhaps due to a well-thought lighting sequence (by Alberta), the huge pot never gets in the way of any scene. Sabrina Annahar, who plays the older Sarah, remains on stage most of the time, passively chopping endless ginger for her jamu on the side bench. She looks across the stage, peering into the mirrored dimension of her younger self, played by a vivacious Suhaili Safari. 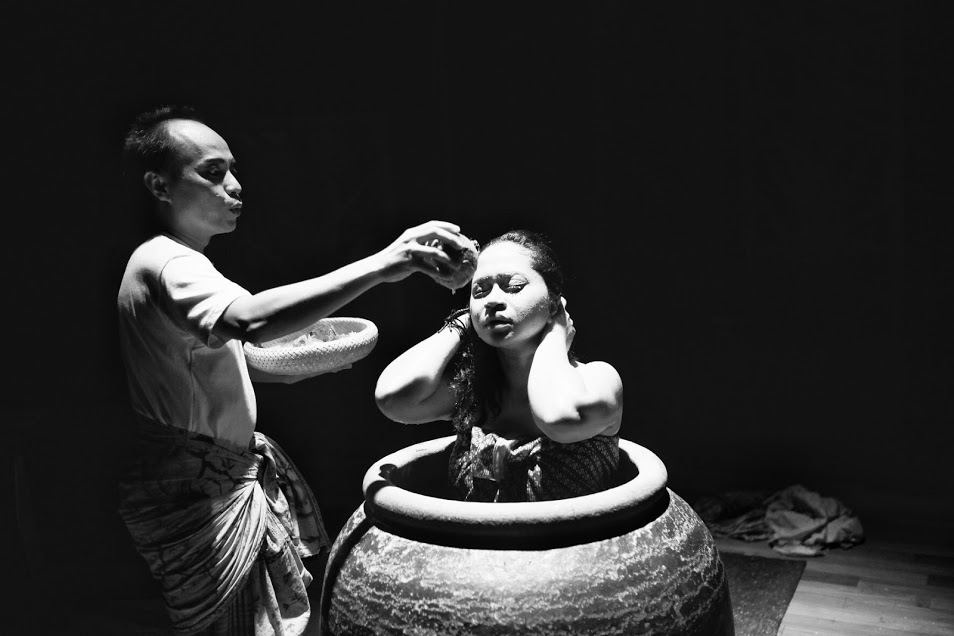 Suhaili impresses us with her singing voice during the duet with her abang, Ibrahim. We see her energy accelerate from a jittery apprentice, to a proud and successful mak bidan. Suhaili, in character, tackles each stage of life calmly in stride, until finally, the torments of her infertility haunts her and breaks her down.

The stage grows cold, and declines too fast to the end after an aesthetic flower bath ritual in the giant pot. In the parting scene for the 'older Sarah', Sabrina throws out many leads to why she is desperate for a child. Here is an opportunity for the director to marry the plot of the play with the subject matter of vanishing trades discussed in this play. Sarah yearns for a child, she feels empty, but she rather hope to bear a son to inherit the expertise of the father and does not mind becoming the last in the line of midwives in her family. Her trade vanishes with her.

Gene Sha Rudyn emerges as an all-supportive husband, convincing us that love is enough, regardless of heirs or succession. Just like how this play was born out of the team's love in preserving the Malay heritage. The director, Faizal Abdullah, did not particularly lament the loss of these traditions.

The play when deconstructed, seems to be made up of excellent components: excellent actors, set design, lighting and sound. Perhaps without the overly-weighted burden of the educational package, the show can become more deeply rooted in the theatrical dimension.