[Review] The Unconventional Space of Curiosity and Attachment 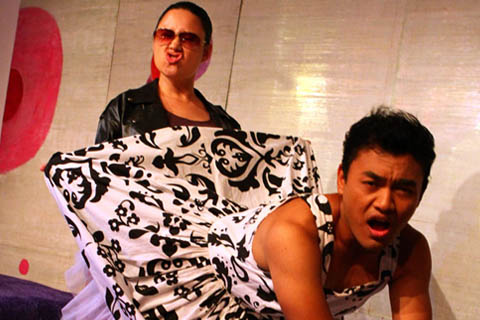 An idea must pass through the right channel to reach its audience. An artistic creation must be delivered through a suitable medium to fascinate the spectators. Classical music performed in well-equipped halls, popular tunes played on advanced technology devices, motion pictures projected on large screens in movie theatres… the pairing always follows certain rules. However, these rules are frequently challenged by confident and visionary artists to define and redefine the possibilities in art. In contemporary theatre, unconventional places are often transformed into flexible spaces for new ways of performing the art. Now there are more means to engage the audience with newfound flexibility, but the experiences are unpredictable. To ensure a productive outcome, artists strive to master the true skills of the art, experiment with limitless creativity and examine the options with great care. 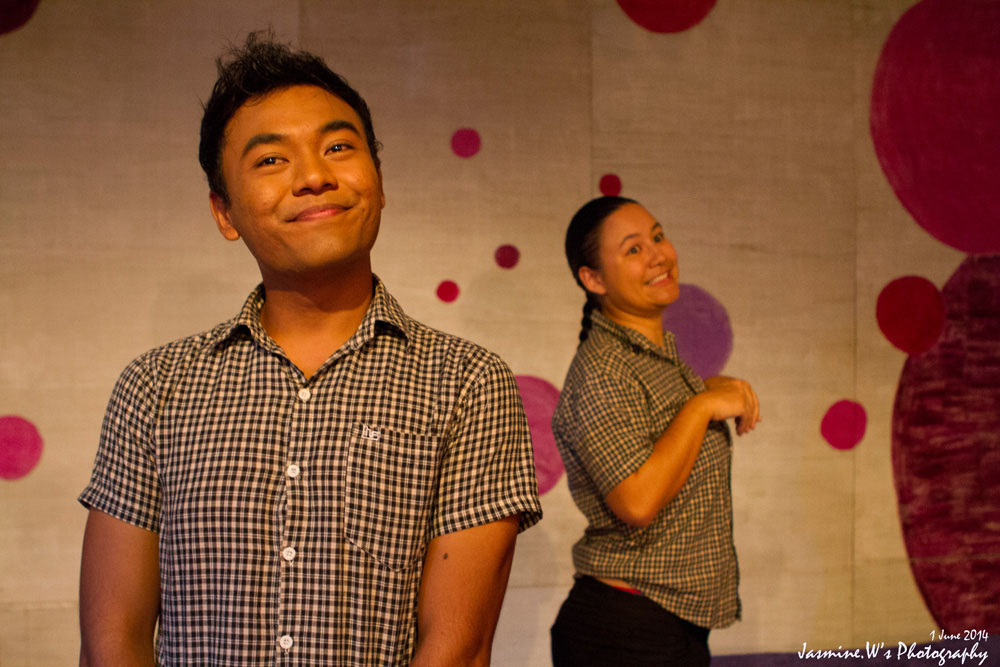 Death and Dancing is performed at a place where we least expect, hidden in the second storey of a shophouse along Joo Chiat Road. Walking through a vibrant mix of traditional eateries and old-fashioned pubs a rehearsal studio is revealed, residing in the performance training centre, The Playtent. The studio is briefly converted into a make-believe pub, setting the initial tone of the show. Once inside, visitors are invited for a drink at the (real) bar accessible via a spiral staircase, or to sit in the frenzy of disco lights and classic dance numbers, waiting for the show to start.

I feel that the venue is a suitable and natural choice for the play by Buds Theatre Company – not just because they share the space with The Playtent on normal days – but the compactness of the studio suits the scale and texture of a play of such nature: Two characters conversing about being gay and lesbian and the choices they make as they live a life being a little different from the ordinary; this is a play with focused subjects and a clear style.

The story starts off with Max (a gay) and Max (a lesbian) engaging in a friendly but dramatic relationship as housemates when studying in London. It is a time when homosexuals, alongside bisexuals and transgenders, are still unacceptable and incomprehensible in the mainstream society; the duo is confused about the true meanings of their sexual orientations. Is one’s affection genuinely towards the gender of another? Is it influenced by the clothes we wear? Or the distinguishable sexual characteristics on our bodies? Or the stereotypical gender-related images and behaviours (such as ‘butch’, ‘femme’ and ‘bear’) ? The play employs rounds of powerful dialectic crossfire taking place from pubs to bedrooms to debate the issue. It also effectively applies cross-dressing in the plot as a dramatic element to challenge the perception of sexual orientations. In this compact space densely packed with nearly 30 people, the duo cast’s dynamic portrayal of two troubled youths is adequate and just right to focus on the subject of sexuality. In the first hour of the show, questions on the (problematic) labelling of sexual orientations are incisively raised and the dramatist’s opinions are intensely conveyed.

Everything works almost perfectly in the first half of the show. Unfortunately in the second half, the play loses the magical effect of its minimalistic set-up. The story now focuses on Max’s (the gay) adulthood and is largely presented via his monologue. In the absence of the other Max, the spatial composition instantly breaks down. The fragile equilibrium between the duo cast, audience and performance space that was simple yet powerful before, became skewed with the gaping hole left by the missing second protagonist, tipping the balance of the spatial composition. Furthermore, the static set, limited lighting effects and the duration of this act make the play feel stale and sluggish. Even though the two Max’es reunite eventually to create a climax, the exuberant chemistry between them could no longer return the act to its previous splendour. The mood and tempo of the story are different now, the heightened energy of the cast feels hyperbolic and the audience is fatigued by the dull space and the naggy characters. The scenography and the flow of the play have not been carefully planned and executed to fit in this unconventional venue. The full potential of this flexible space has yet to be achieved in this version of Death and Dancing.

An unconventional theatre space challenges an artist’s capability to utilise the freedom it offers. When limitations of a conventional stage is removed or no longer exist in the choice of an unconventional theatre space, the inherent primary functions of a theatre disappears, and has to be redefined. What can the artist base the design of the performance as well as its space upon? Recently, immersive experience is increasingly considered a useful creativity. But must the audience always be immersed in the scene to fully appreciate the show? What is the relationship between the audience and the theatre? What is the appropriate distance between the audience and the performance? When the performers can no longer maintain an arm’s-length with the audience within a confined space, what options does a director have to keep the audience engaged and attached to the performance? 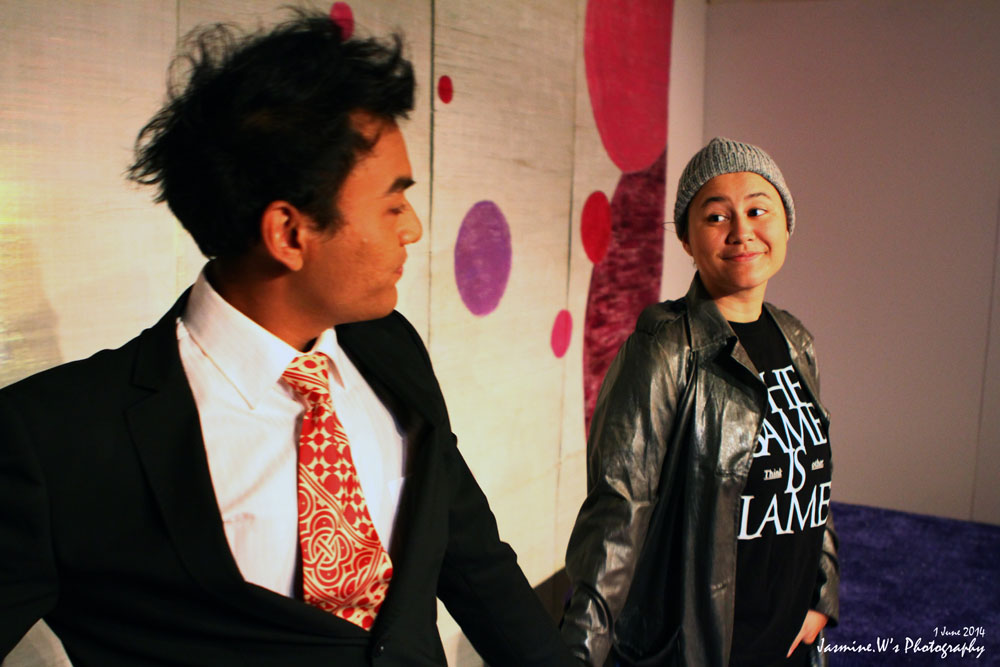