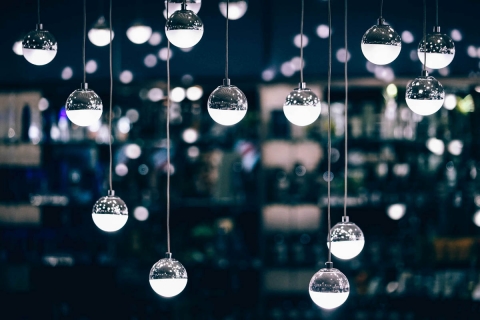 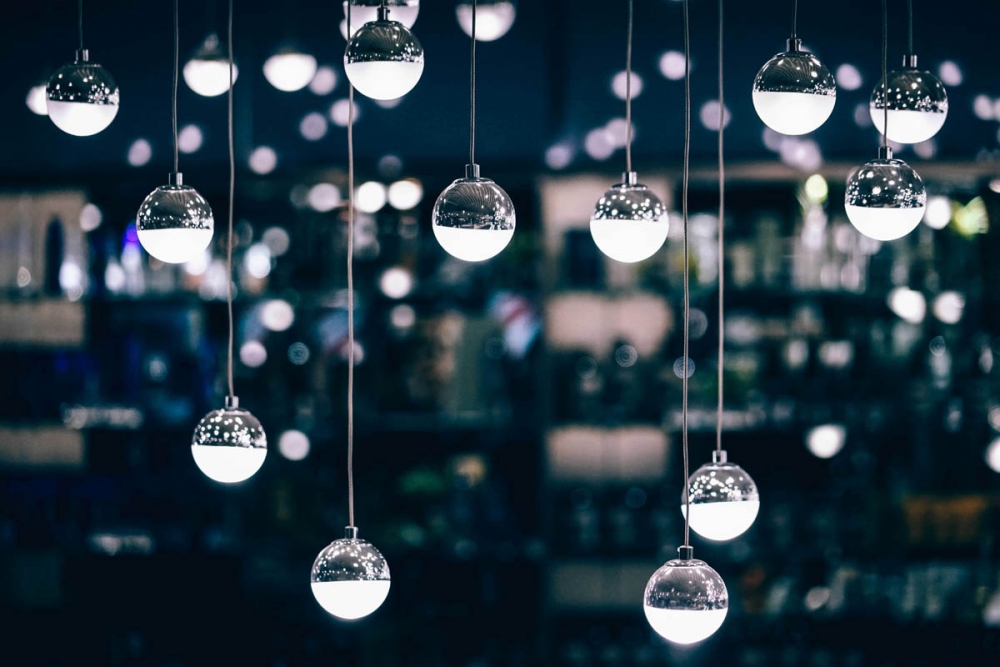 Who says you can't have some quiet moments with yourself and the arts during this festive season? We highlight seven exhibitions where you can visit in between parties. Or, plan for a different kind of weekend escapade.

Currently a full-time artist, Zhang Fuming (b. 1989, Singapore) obtained his diploma in Fine Arts (Printmaking) from LASALLE College of the Arts in 2011. He was among the three winners in the Affordable Art Fair Young Talent Program 2014/2015. This curated exhibition will showcase about 15 works from Fuming's latest woodcut series, Poised for Success as well as 10 selected prints from his two previous woodcut series, Demarcation (2014) and Presence and Distances (2015). To enable a better understanding of Fuming's technical process, a few of the artist's original woodblocks will also be on display. 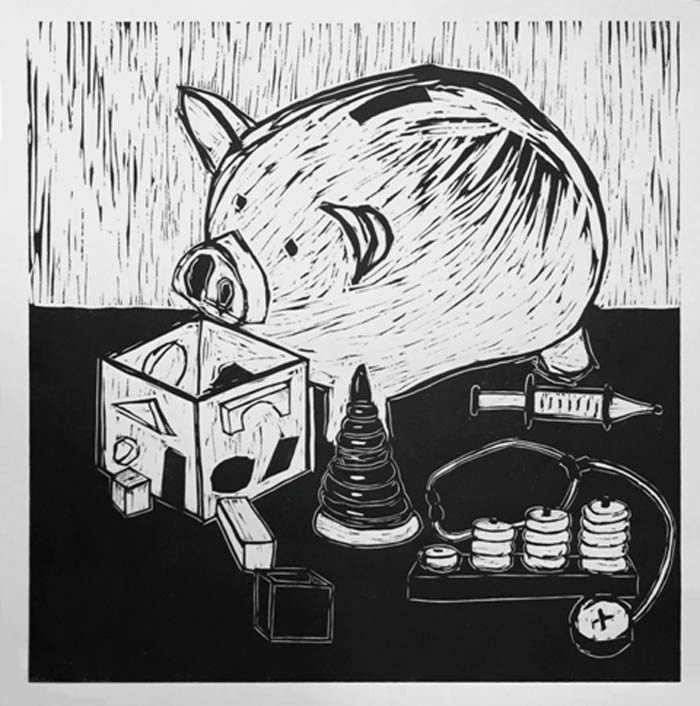 In his first solo exhibition in Singapore, emerging Indonesian artist Erizal As focuses on the symbolic function of the classical portrait as a reflection of identity and character. When considering a portrait, one often imagines the classical figure painted in a stately pose: solemn and magnificent. Portraiture is a visual documentation not only of the physical attributes of the subject, but also their psychological state, character, and ambition. In Indonesia particularly, portraits of political leaders are ubiquitous, reflecting the prowess of their authority everywhere from classrooms to family homes.

ShanghART Singapore is pleased to announce an inaugural solo show by acclaimed photography duo BIRDHEAD at ShanghART Gallery Singapore. Welcome to BIRDHEAD World Again features new works commissioned and mounted specially for the exhibition and opens on Friday December 9, 2016 with the artists in attendance. The exhibition runs through 22 January 2017. 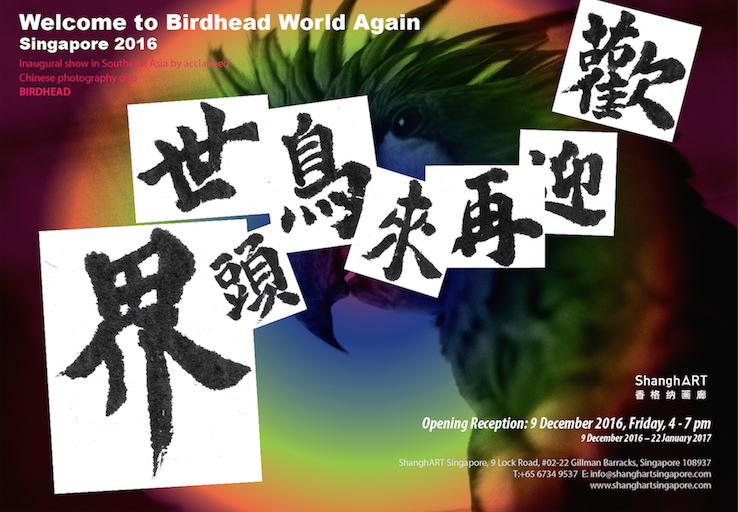 Bhavna Shivayogimath's debut solo exhibition, The Topless Liberation Front explores issues of the female identity such as self-expression, sisterhood, and diversity employing a multi-coloured palette and drawing references from pop culture and advertisement. The relationship between theme and image using humour as conduit is a central component of Shivayogimath's work. Playfulness punctuates the tone of the exhibition by using punch line–esque titles and wordplay. Her pieces seek to create a dialogue with the viewer through the inclusion of a woman's perspective, with honesty and moxie. 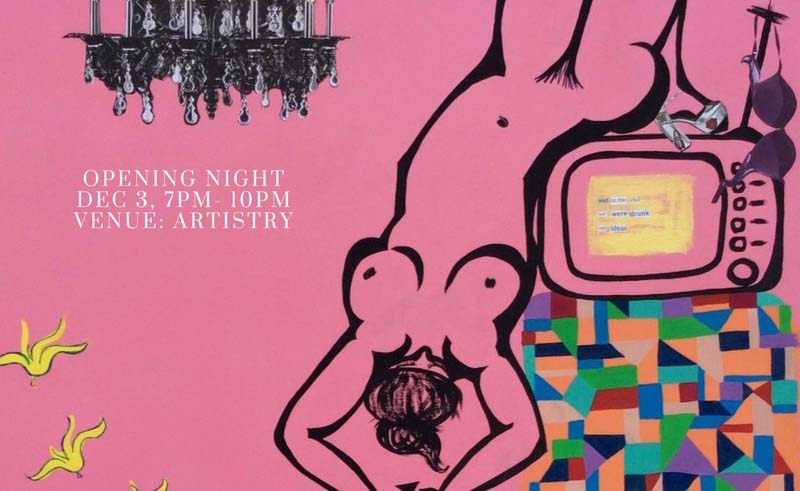 What is Not Visible is Not Invisible: Featuring selected artworks from the French Regional Collections of Contemporary Art (FRAC)

What is Not Visible is Not Invisible broadly surveys the imaginary and the temporary through selected artworks from the French Regional Collections of Contemporary Art (FRAC). The title and design of this exhibition take inspiration from the artwork of the same title by Julien Discrit. The visual paradox initiated in this modest yet profound work sets the premise for the deep-seeded themes that resonate throughout the exhibition. The 34 artworks by 32 French and international artists navigate a transient journey through both the philosophical and the physical by means of unconventional approaches in art-making. Together, the artworks encourage the audience to interact with and explore the intangible, the emotional and the volatile relationship between the abstract, the organic and the structured. 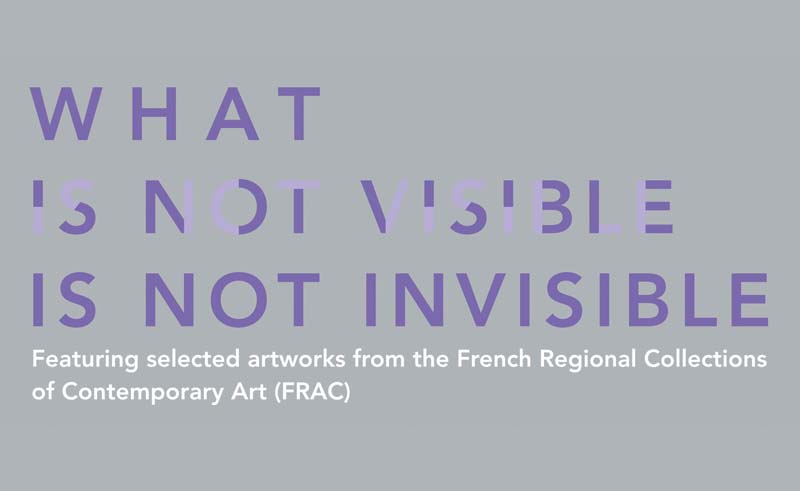 Seemingly endless scrolls of heavily stuccoed canvases evidence the artist's labourious and complex impasto process behind these gigantic landscapes that are created out of what was the simplest form of vibrant, raw pigment material applied repetitively over months at length. Mit Jai Inn's passionate pursuit in his art reveals an intense combination of a rich accumulation of time and his meditative journey in the creation of these works. 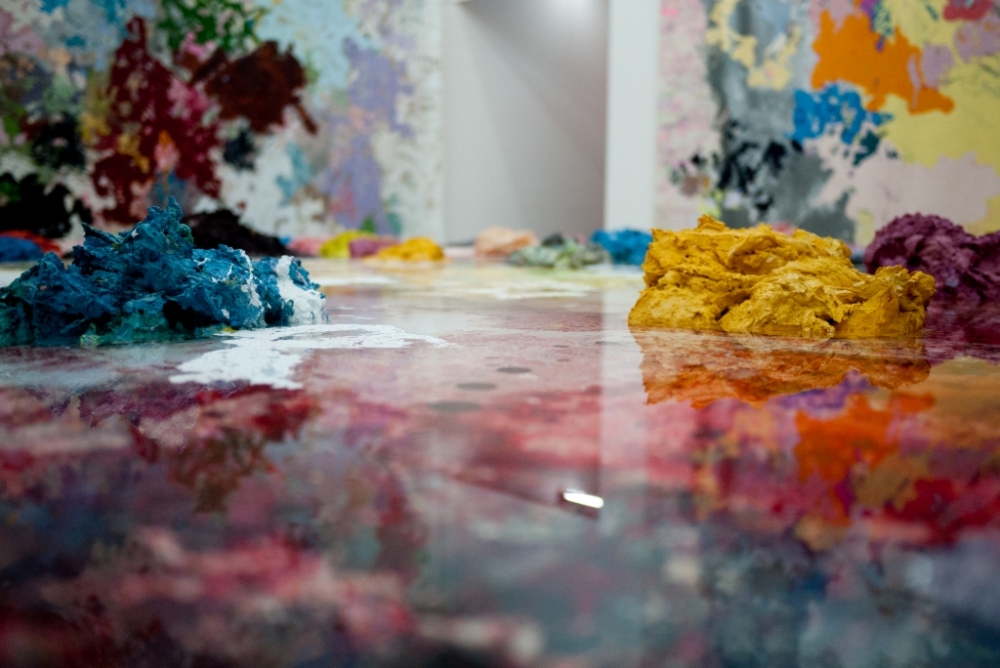 Bui Cong Khanh takes a look at his neighbours from his high-rise flats into the dip of what's evidently stark below, a particular community of slum dwellers. Although access to document this community was denied by the authorities, Bui soon navigated a way to re-enact their lives and living quarters by building a miniature slum village and borrowing the sound he secretly recorded to observe authenticity, all in all, in study of a rapidly urbanised city in tandem alongside one that remains resilient within the same confined area. 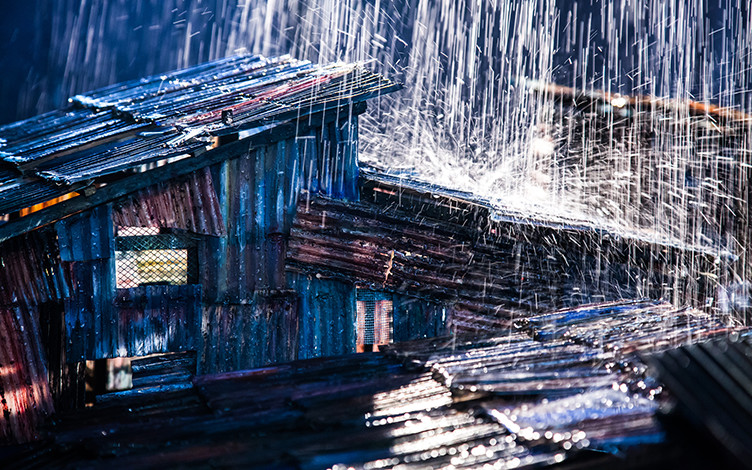