[Review] RevoLOOtion - Walk alone so it’s faster, or walk together so we can go further?

2 May 2021
Article by Yaiza Canopoli
Photos by Bernie Ng

Coming across RevoLOOtion for the first time, you may ask yourself if this play is about a toilet. And, well, you wouldn’t be wrong. The central premise of ITI’s newest production does indeed revolve around a loo — one village’s only loo, which is under threat of being torn down by the government and on the verge of triggering a revolootion. 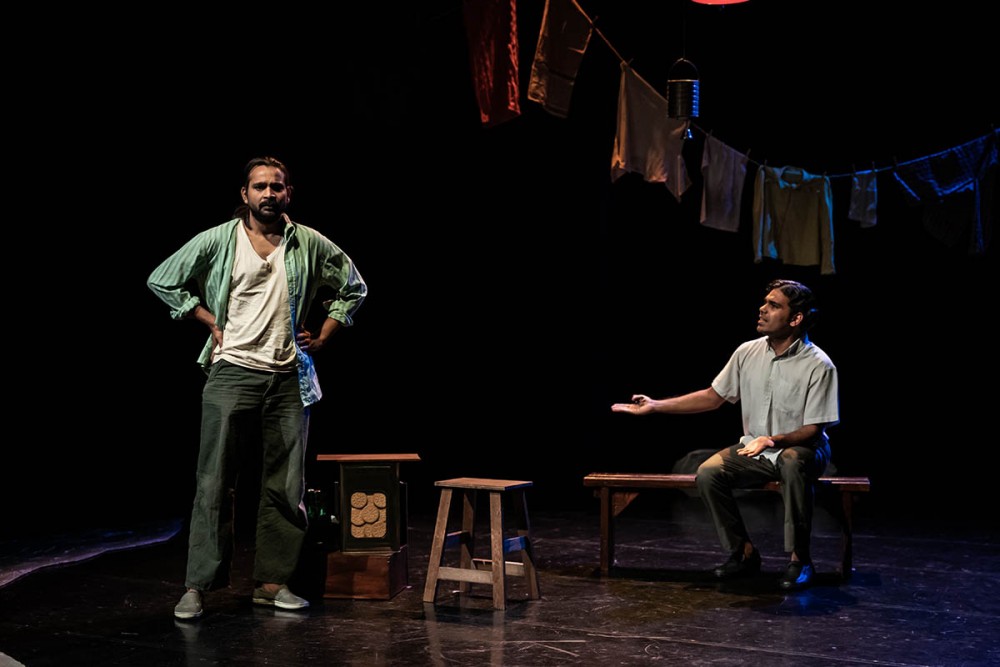 Each of these characters has something at stake, but not all of them are equally willing to stand up and fight for their most basic human right; Yaku worries about losing his job, Baba carries the trauma of his ancestors, who were arrested for disobeying the law, and Long tries to soothe his elderly mother, promising her that they will leave the village before things escalate.

Through the characters’ conflicts and disagreements, we sink deeper into the twists and turns of their predicament; while they accuse the government of excluding them from the vital decision to destroy the village’s only toilet, they end up mirroring this behaviour when they hide the information from the rest of the village. This decision accelerates their unavoidable doom and leaves them standing powerless in the face of danger, bringing up director Li Xie’s key question: “Walk alone so it’s faster, or walk together so we can go further?”

Where this production differs from most plays is in its transition from a doomed-from-the-start tragedy to a workshop that infuses the stage with a sense of hope. The audience is invited to come together and suggest alternative actions and better ways of handling things. What would have happened if the public service officer had listened to Lutin when he made a call to the ministry? Would things have been different if the rest of the villagers had stayed and joined the protest? By getting the audience involved, Li Xie takes her interrogation further: “How many ways are there to be heard, to act, to impact, to change, to disobey, to negotiate, to suggest, to resolve, no matter how suppressed the circumstances are?” 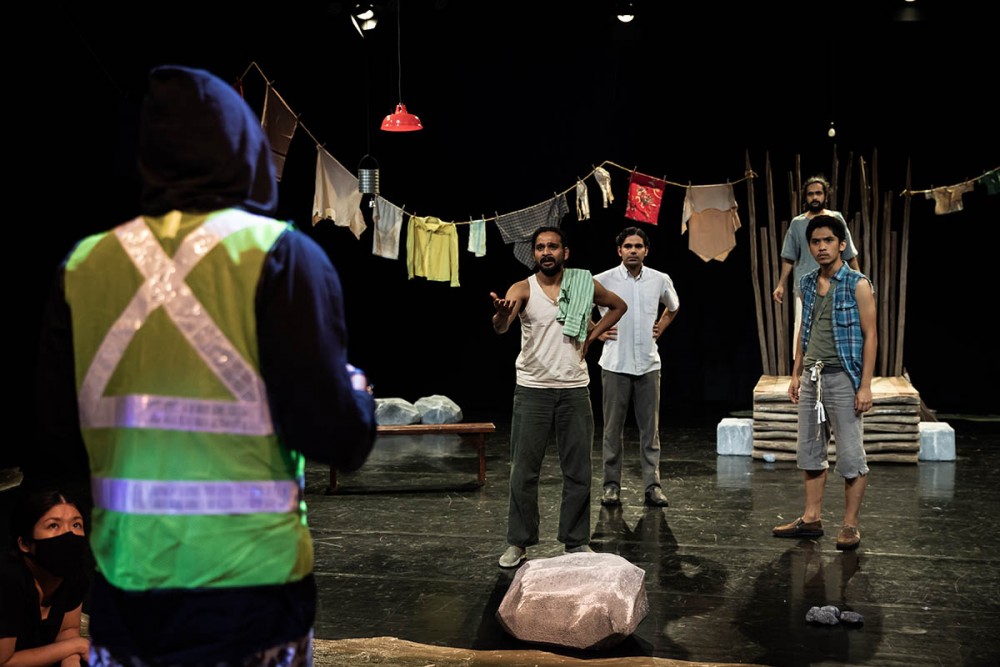 Throughout the audience’s involvement with the production, the actors keep up their skilful performance, never once breaking character despite a good deal of improvisation. This is in many ways the saving grace of the somewhat rocky workshop. Learning to come together to devise an action plan and avoid a tragic outcome is a one-of-a-kind experience, but it does undoubtedly take away from the immersive nature of the play. Just as we are on the edge of our seats, holding our breaths for a resolution, bright lights and facilitators pull us out of the action and back into the real world, where the image of the struggling village disappears into thin air.

This jarring transition could definitely use some smoothing out, and the play would similarly benefit from a sense of closure. An open ending has its advantages, but as the audience members are encouraged to become involved and very much invested in the outcome of the situation, it is a let-down that there is no real ending to the production. We see a glimpse of the result of our actions, but no real impact; the plot instead wraps up with a fairly vague conclusion, the lights still too bright to make for a final immersion in the story.

As the play comes to a close, one of the audience members points out another significant flaw of the production: where are the women? Why are we watching this story — with oppression as a central theme — through the eyes of six men? There is a sense that this exclusion is purposeful, a way to drive home the moral of the story, but for ITI’s usually high standards of diversity, the lack of representation in terms of gender and sexuality is undeniably disappointing.

But despite the rocky execution of the workshop and the questionable absence of women and sexual minorities, the play brings many of ITI’s usual strengths to the stage. The cast is fairly multicultural, with the majority being brown men and one of the actors speaking his mother tongue on multiple occasions. The conceptualisation of the play is equally admirable, the theatre setting out to explore difficult topics and scenarios in a way that makes them accessible and relatable.

Ultimately, RevoLOOtion goes to show that ITI is willing to take creativity one step further, leaping into risky performances that involve the audience with no guaranteed outcome. This serves as a refreshing reminder of the impact theatre can have and the importance of retaining our local art spaces, the villagers’ fight drawing a striking parallel to our powerlessness in the face of their slow but sure disappearance. 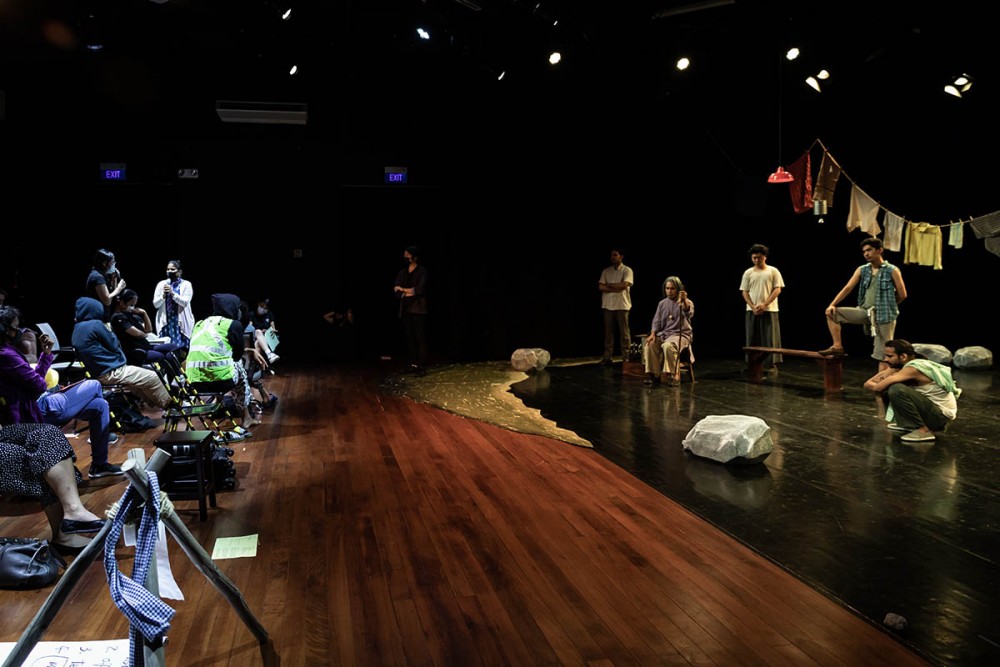