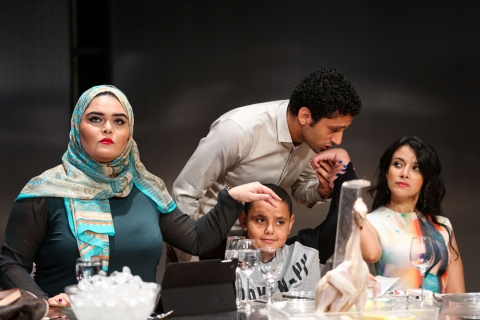 This may be one of the worst shows I’ve seen this year – it is as boring as one of those long-running 4 o’clock Taiwanese drama serials.

There are a couple of light-hearted jokes, I bet no one missed the satire on the outrageous racism and stereotypes, but all the above seems to have been done in a passé manner. 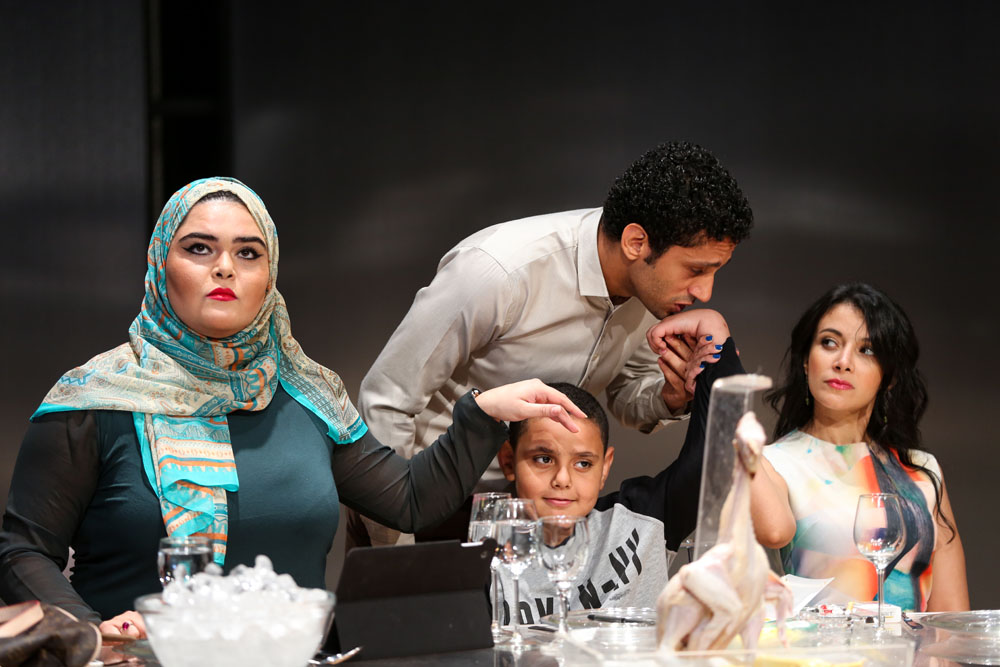 Something must have gotten lost in translation. It is no where near contemporary nor experimental. Or the world has moved so fast that a play written in 2014 is no longer relevant two years later.

It is a satire alright, I get that memo. It garners some light-hearted laughs here and there from the audience, amidst the 45 minutes of noisy banter. But it really is just an ordinary reenactment of what actually happens at my friend’s family gathering, minus all the tasteful, transparent Philippe Starck furniture.

I think the play can become potentially powerful though. There are 5 bits in the play that I like very much:

1. The opening scene where the man servant is arranging the fine crockery on the dining table, and is interrupted by another, shouting for him.

2. The lights go off and on, we see Mayoush (Marwa Tharwat) in an eccentric hair-do, popping pills.

3. The series of 3 tableaux where the family freezes, and The Servant (Mahmoud El Haddad) brings in a tray of uncooked poultry each time. The stage is bathed in an uneasy red light, the slow motion of The Servant is contrasted against the allegretto xylophone notes.

After scouring the internet for reviews of the original play, I realise there may be a few things that are missing from the version we just saw at the Singapore International Festival of Arts (SIFA).

In 2014, when The Last Supper  premiered in Cairo’s Falaki Theatre, it was done in an intimate theatre space where audience and cast were on the same stage, as observed by the reviewers at the Arab Stages, instead of the conventional proscenium setting in our Victoria Theatre. This distancing possibly reduced much of the impact of their energetic performance.

Sitting only three rows away from the stage, I already could not make out what is being served on the tray each time The Servant returns from the ‘kitchen’. I thought they were just raw whole chickens. However, photos from other versions of The Last Supper reveal heads of lambs, cows and sometimes turkeys being served. These objects would have projected a higher significance on this supper, similar to the importance of an Iftar (evening meal when Muslims end their Ramadan fast at sunset), especially when paired with the opening prayers scene.

Reading interviews done with the director, Ahmed, does shed more light on his work. In the interview conducted by Renan Benyamina for Festival d’Avignon 2015, printed in SIFA’s pamphlet for The Last Supper, Ahmed mentions that he is fascinated with the ‘omnipresence and the authority of the figure of the father, against which you can never truly rebel’, which I believe is established in the play prominently. And which, we can use as a parallel for the state of affairs in Egypt. In the play, the father figure (Boutros Boutros-Ghali) is unable to assert any real authority over the other family members at the dinner table. Trivial arguments between Mido (Abdel Rahman Nasser) and the others are averted simply because of his position as the father and host of the event. Later, when a real confrontation breaks out – the Butler is accused of hitting back at the patriach’s grandson, who was instigated to bully the lower class – the patriach’s solution of asking the Butler to kiss the boy’s head as a sign of asking forgiveness, is superfluous, and does not seem to have appeased either parent of the boy.

There are actually two more interview questions not printed in SIFA’s pamphlet, which are fundamental to understanding Ahmed’s play. Looking at the Festival d’Avignon’s archive, we learn that Ahmed has intentionally referenced the titles of his works to famous or commercial plays to ‘force [audience] to leave their comfort zone’ and ‘doubt the exact nature of what they are seeing’. In this case of borrowing the title from Da Vinci’s well-known painting, I definitely was not expecting an expository on Jesus and his 12 disciples. But at least, I hoped for a play as groundbreaking as its reference. So, now I am doubting the nature of the play and myself.

The play is conceived by Ahmed in a way to mock at how Cairo’s elite upper class is immune to times and current affairs such that they are ‘living in a bubble’. So, if I, as an audience, feels unmoved by the situation going on stage, perhaps it is also telling of my position as a Singaporean? Reflecting on my apathy towards the play, could it be because I am living complacently in the protective bubble of Singapore? We feel untouched by the chaos of the world, largely happening outside of our continent.

“The whole point is that there’s no point.” I quote Ahmed, when his play was showing again at the Falaki Theatre in 2015, before it travelled to France’s Festival d’Avignon. Unfortunately, I agree.

One could argue and put forth all the underlying notions and themes of the play on hindsight after much analysis. But I feel a play that does not engage, is not theatre. 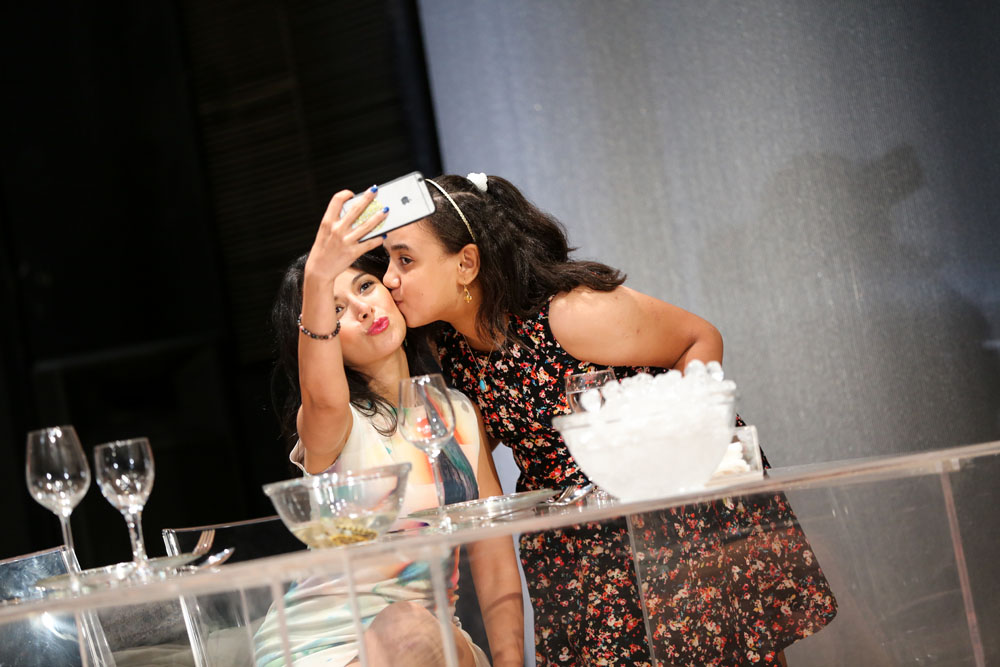