[Review] Cut! Kafka does not need a happy ending 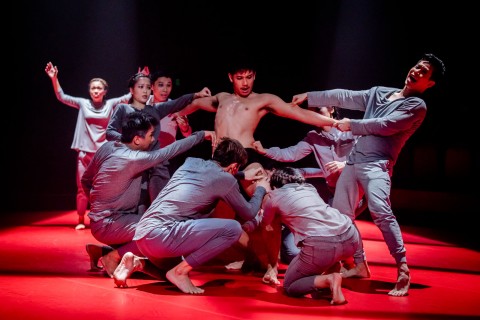 What greets us when we enter the studio is a rectangular open space, flanked by audience seats on all four sides. The idea of an open space in a blackbox theatre is not uncommon, and is often welcomed, symbolising the breakdown of walls between the act and the audience. However, in this case for Cut Kafka, the audience is also immediately cautioned by the facilitators not to step on it. Instead, we are forced to walk within a narrow lane between the performance canvas and the seats. We see an open space, but we are not allowed to trespass it. There, I experienced my first contradiction in Cut Kafka. 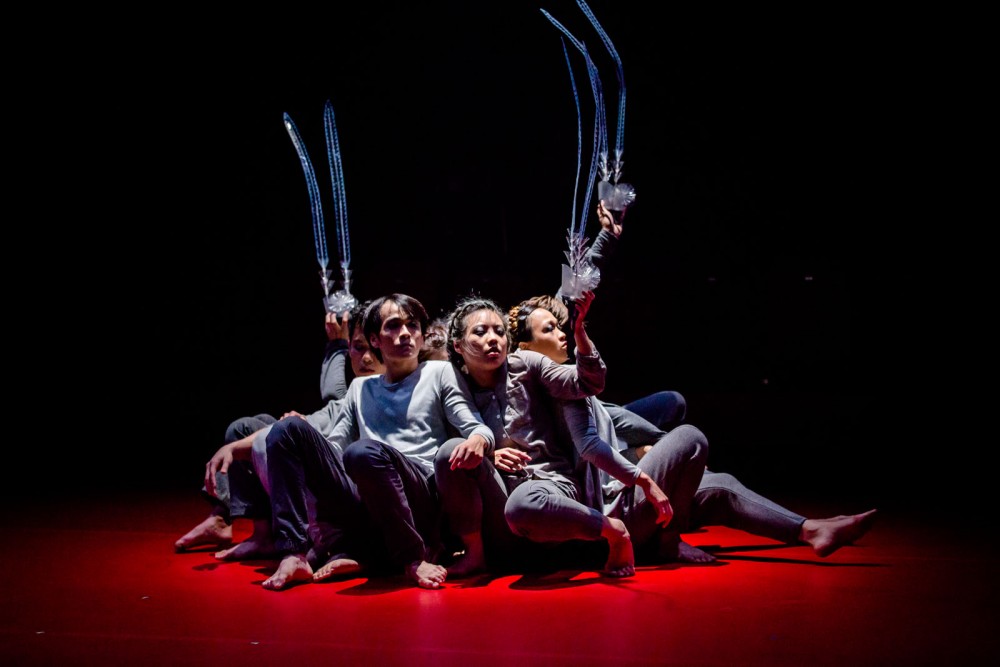 On hindsight, this could have been a purely logistical or technical demand, as the canvas must be kept free from debris to ensure the safety of the performers, who will be performing challenging physical movements in the next 75 minutes. But this ‘user experience’ feels contradictory to what the theatre space exudes, unless both directors intend for the space to symbolise some sort of sanctity.

Cut Kafka’s non-linear narrative roughly opens with a hypothesis. What happens if Kafka fell into his own mind? Integration is a theme here. The meaningful collaboration of performers from T.H.E Dance Company and Nine Years Theatre can be seen as a parallel to the integration of Kafka’s life into his novels, or in other words, into his own mind. (We first assume that the author has projected himself into the novels when he writes.) 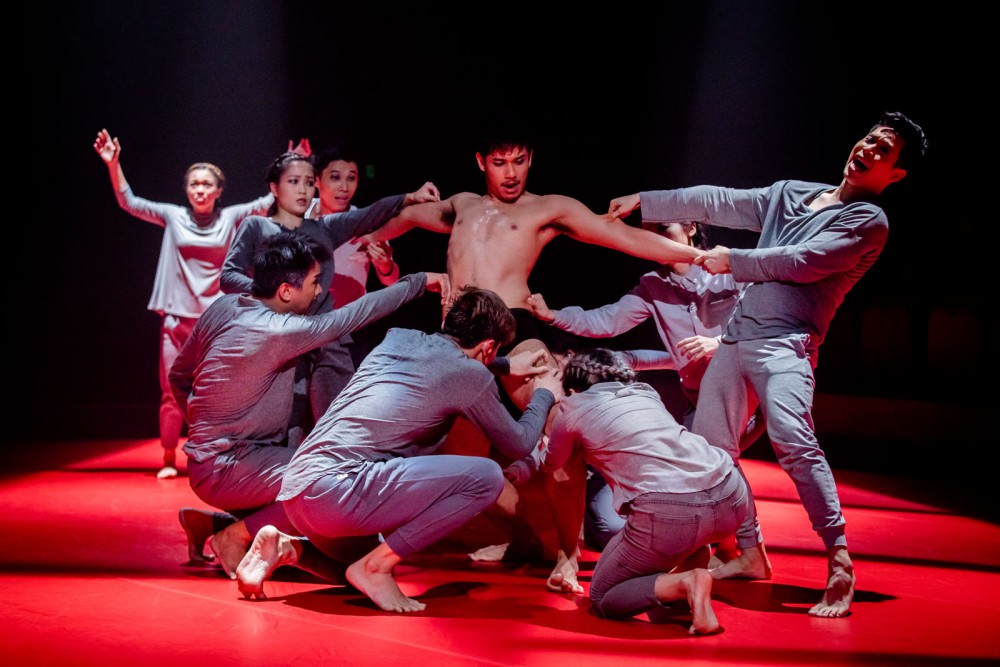 We see the symbolic use of a non-native Chinese-speaking protagonist (performed by Billy Keohavong as author/Kafka) in the opening scene. The audience catches the humour in a satirical moment when he translates the novel’s well-known opening line using “风和日丽”. The scene moves on to explore the absurdity in this surreal opening sentence, where the book’s protagonist turns into a beetle (That escalated quickly.) and induced the audience into the Kafkaesque world as quickly as it did in the novel. It is a witty opening. The author falls down through the cracks when the ensemble pulls away the tables from beneath him, initiating his fall into his own mind, entering a scrutiny by the ensemble reporters.

Co-director/Choreographer Kuik Swee Boon reveals during a post-show talk that in order for the dancers to better project their voices, they are made more aware of and consciously throw their voices in the opposite direction of their intended movement, causing them to create more space. This is evident in the trial and judgement scene, and the mass choreography with the three-legged tables. I can see how and why the dancers surpassed their actor-counterparts on the stage. 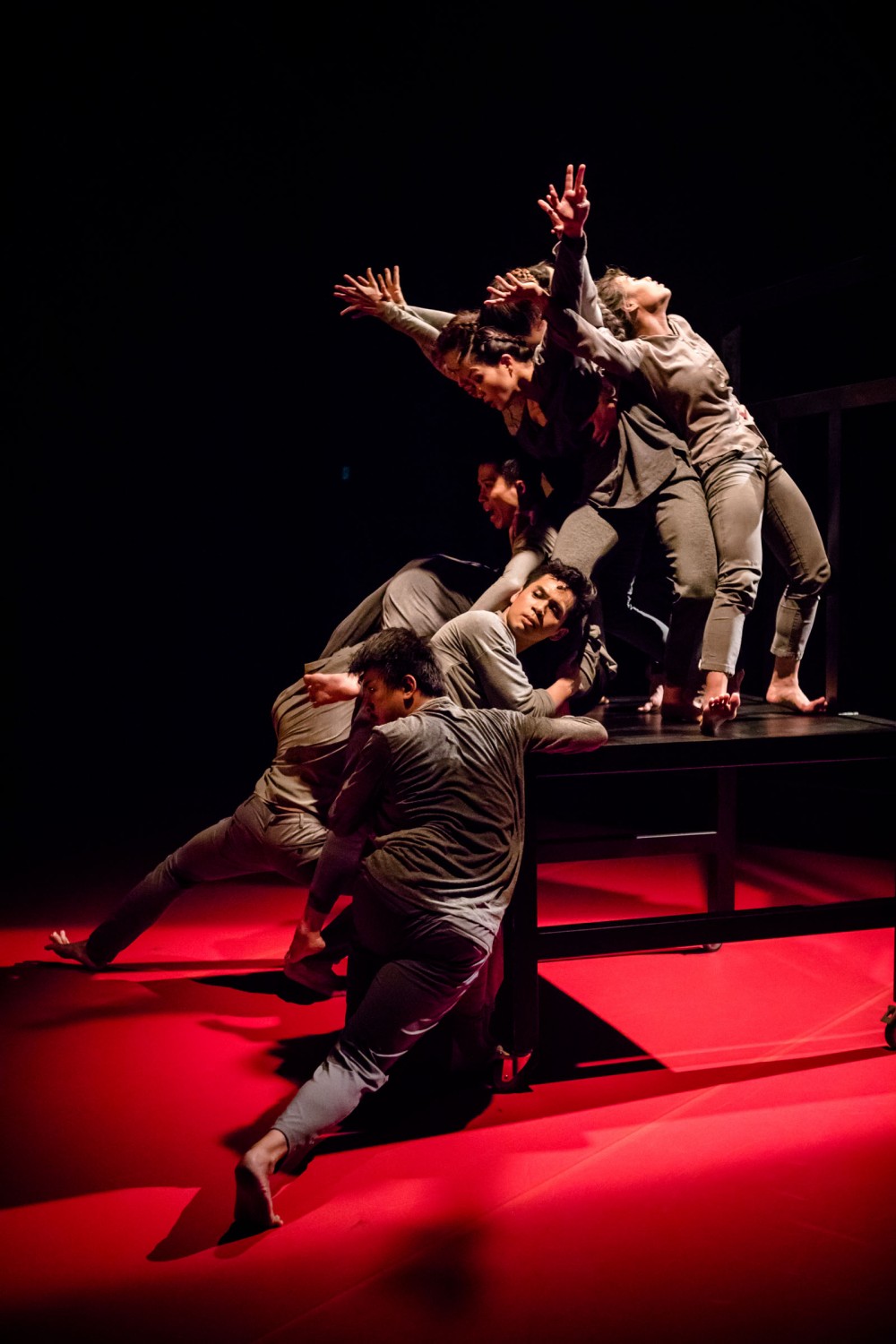 Alas, for most parts of the play, the cast’s movements are more like a literal translation of their speech, rather than an extension of their bodies, or as a mode of expression when one has run out of words to express. The context and texts in the play overwhelm the visceral (deep inward feelings) nature of this physical theatre work. Visually, the play is too packed. Especially during the cat rescue scene, where a single sentence can be accessorised with more than six movements. I am not sure if the directors consciously intended to fully occupy the spatial dimension of the performing space, but it does look too busy, and in a manner that is exhausting to watch for the entire span of the play.

On a side note, the cat scene is probably the only scene that is not a representation of Kafka’s work; it serves as a conjecture to why Kafka is possibly obsessed about things covered in fur.

According to the written introduction of the play, this production is not meant to be an “biographical or presentation” of Kafka’s work, but a “contemporary response”. However, by evoking the iconic beetle and the famous first line is already somehow a re-presentation （再现）of Metamorphosis. Even though the plot progresses in the opposite direction of the original novel, it is not really a response. It remains as an assumption, a hypothesis. In fact, the play continues to diligently showcase the psychological struggles of Kafka, according to his biography. Reenacting the conflicting turmoil that Kafka has faced because he both revered and feared his father when he was alive, is a loyal depiction of Kafka’s life, rather than a contemporary response. 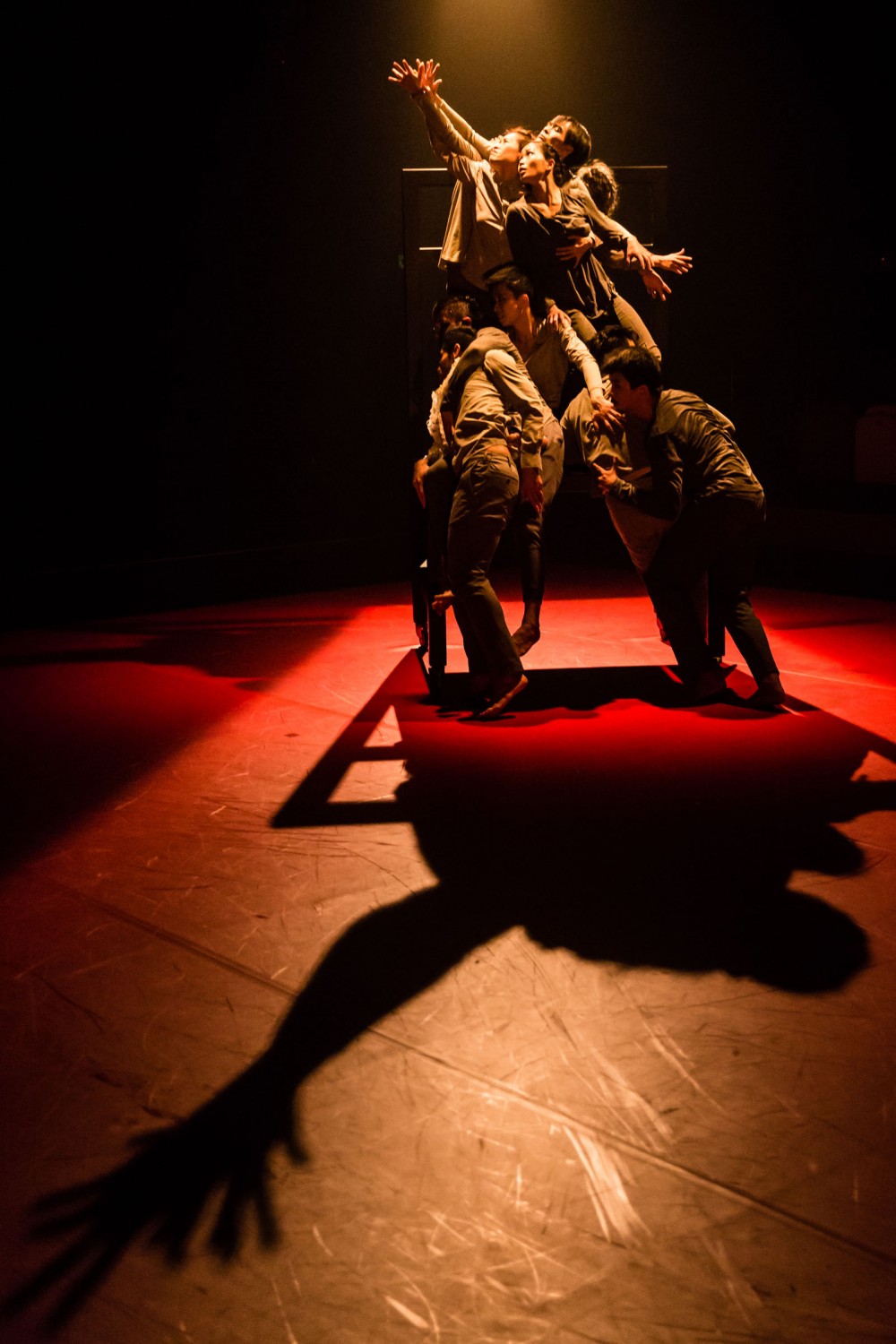 The production ended with Kafka reconciling with his father. But how would this imaginary happy ending impact his works or us? It does not shed more light on Kafka’s life, his philosophy, or his works in general. It is not absurd enough to make me want to turn away from life or question life; the happy ending is not nightmarish at all; there is no punishment as there would be in Kafka’s world. The happy ending actually means a reconciliation between the mind and body, father and son, but there remains an obvious discrepancy between the actors and dancers.

The play does prompt the question of why humanity, under the pressure of the society, is forced to change or transform themselves. Unfortunately, it does not delve deeper into the question or offer new insights on this topic. Many contradictions exist in this production. Contradictions are good: they question everything about you, around you, and in you. But these contradictions must be coherent, or made meaningful to validate the artwork.