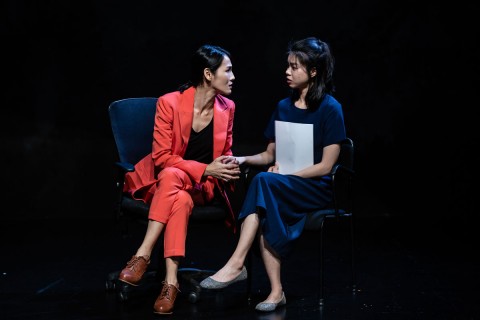 Written by Kaite O’Reilly and directed by Phillip Zarrilli, the Intercultural Theatre Institute presents the Asian premiere of Lie With Me - a play about human relationships, class struggles, and the quest for intimacy. 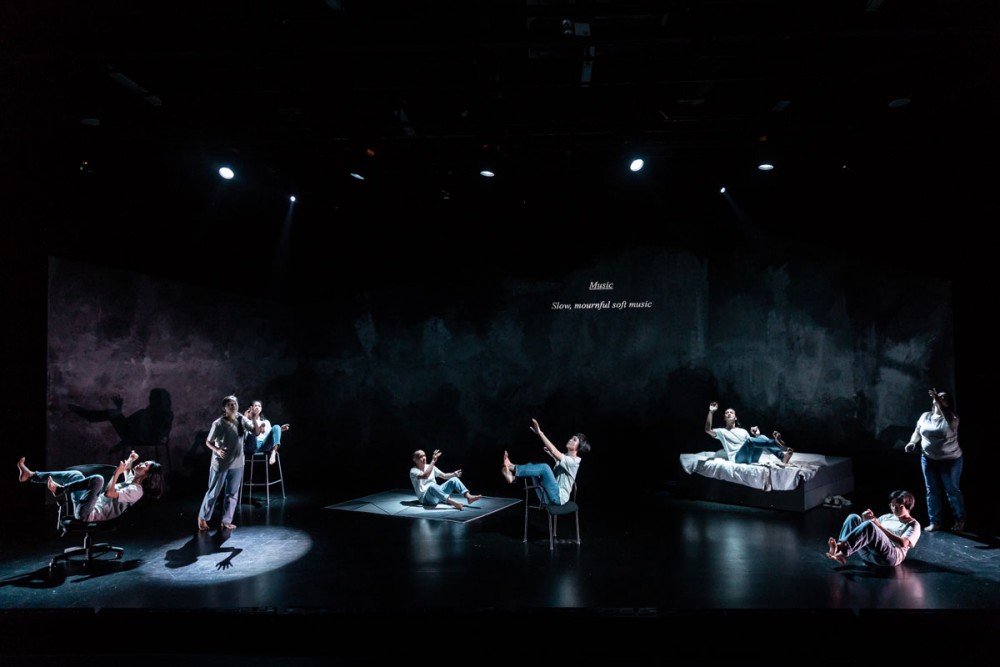 Led by a cast both Singaporean and international, the play was adapted by producers and actors alike to reflect Singaporean youth, and how we form meaningful relationships with each other. This is achieved by following eight characters, presented in pairs; one character of each pair overlaps and slips into the following couple on stage, threading a cyclical narrative of interconnectedness. The fact that each pair of characters feels lonely and isolated despite the wider connection to the entire cast speaks for itself: the sadness that envelops each character in its own way seeps out from the stage and makes this play relatable and breathtaking. 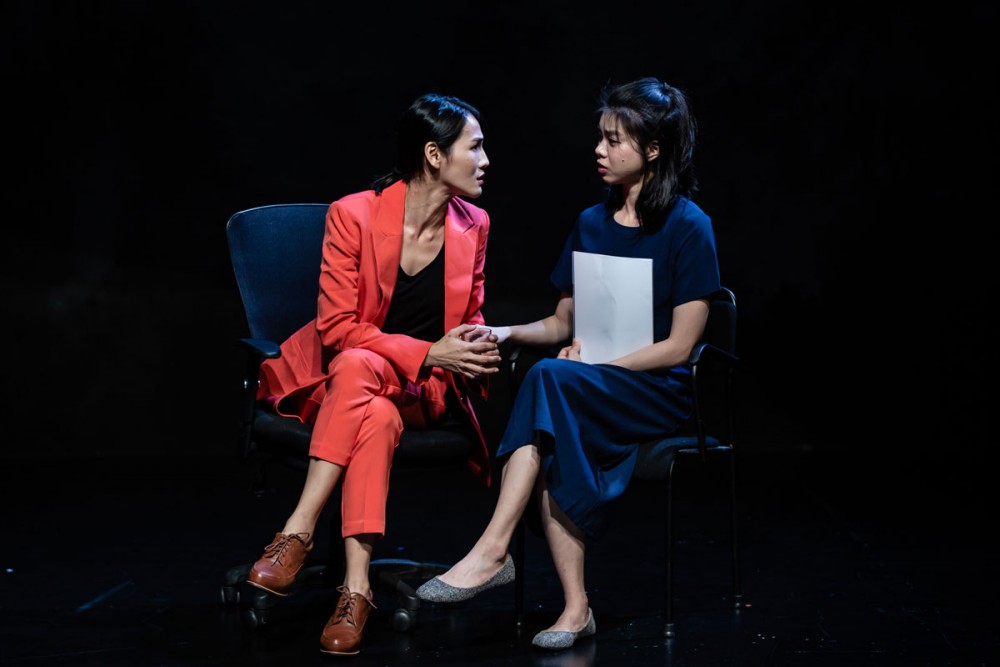 The writing tackles a variety of topics and issues: we encounter poor Singaporeans, immigrants looking for work, sisters battling grief, same-sex couples, women fighting mental health issues, people in toxic relationships, and much more that falls in between these lines. Many of the characters’ struggles begin to blend into each other to spell out a universally human longing for affection and love. As the fights that break out between couples, siblings, and strangers keep us on the edge of our seat, we are left with a deep sense of empathy for people whose actions are morally grey or straight-up terrible. A number of scenes end with characters who have lost their temper asking to be held, to be cared for - love and intimacy attempting to overcome anger and violence.

The diversity of these relationships is impressive. We even get to witness the delightfully surprising connection that springs up between a self-involved upper-class woman and the prostitute she hires. While the attempt to cover such a wide variety of relationships and issues could have easily diluted the intensity of each story, the genuine nature of the dialogue, the fantastic acting (with wonderfully accurate facial expressions and even walking styles), and the masterful production made for a play that feels real and relevant. 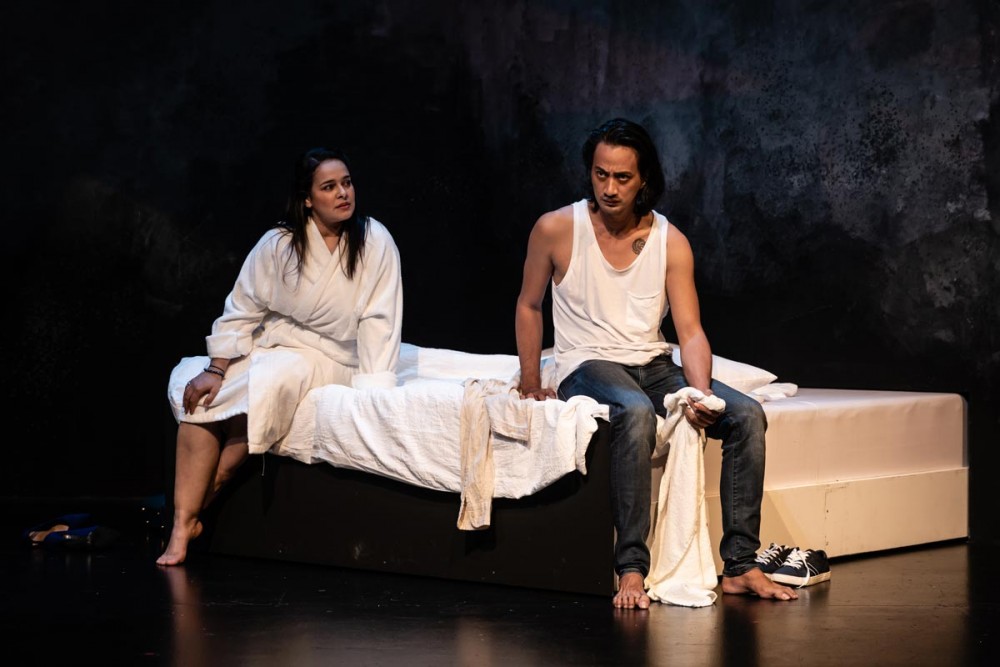 It is not the most specifically local, Singaporean story you will ever hear. In fact, I would argue that despite its adaptation for the Singaporean stage, it still very much remains purposefully international and vague in its setting, which is perhaps one of its shortcomings. However, there is something to be said for a collaboration between writers, producers, and actors, and the blurred lines of the play’s location seem to me very much a result of this bringing together of people from all over the world. Whether the play should have been braver in shaping a more ‘obvious’ Singaporean setting, or if its vague localisation works in its favour to make a stronger point about loneliness and isolation—that is for each viewer to decide.

Appropriately titled, Lie With Me invites the audience to feel and mourn with the characters as they hold on to the one thing they long for at the end of a terrible day: a moment of tenderness and unconditional human affection. 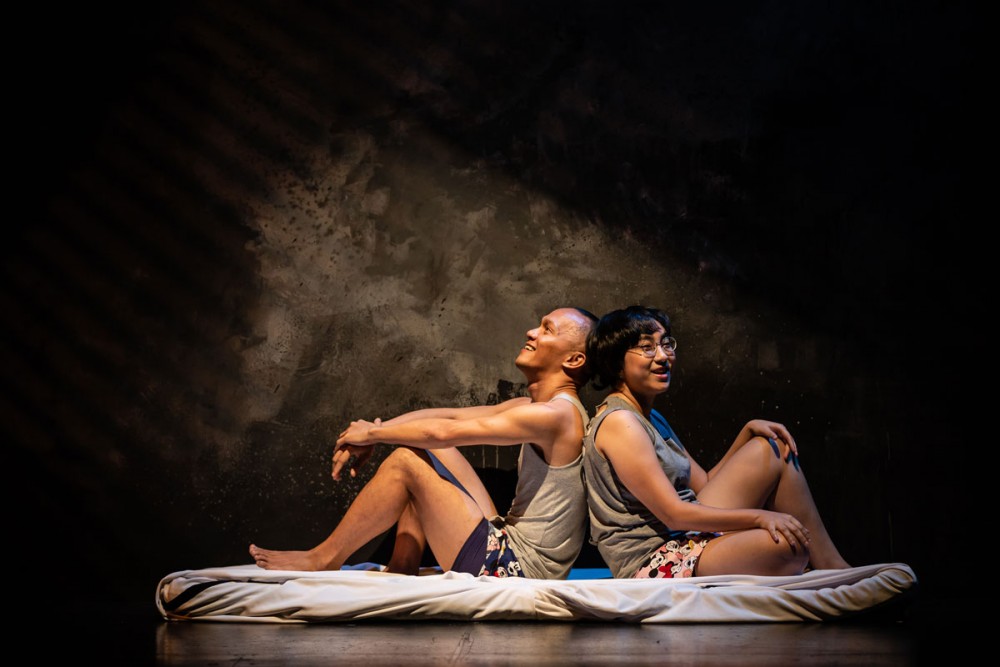