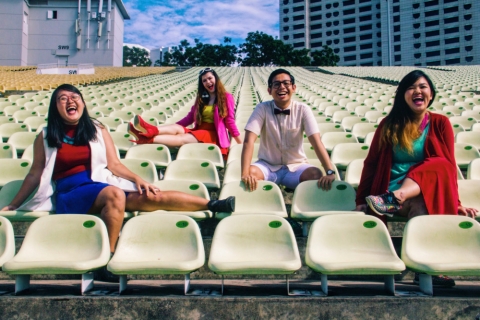 Convincing others how theatre can be relevant to their lives is tough. Out of the 400 Nanyang Technological University (NTU) students surveyed, 47% claim that they have never watched a theatre production before. But Theatre Invasion Singapore is determined to bring theatre to the students – they invaded lecture theatres, bringing with them a 10-minute excerpt from the local play, Don’t Kancheong, Kiasu & Kiasi. Buds Theatre Company picked a scene that is perfect for the lecture setting: a squabble between a principal and a teacher. Short interviews were conducted with the students after the lecture invasion, and most found the play engaging and relevant to them. Some students registered their interest to watch the full-length play right after the invasion! 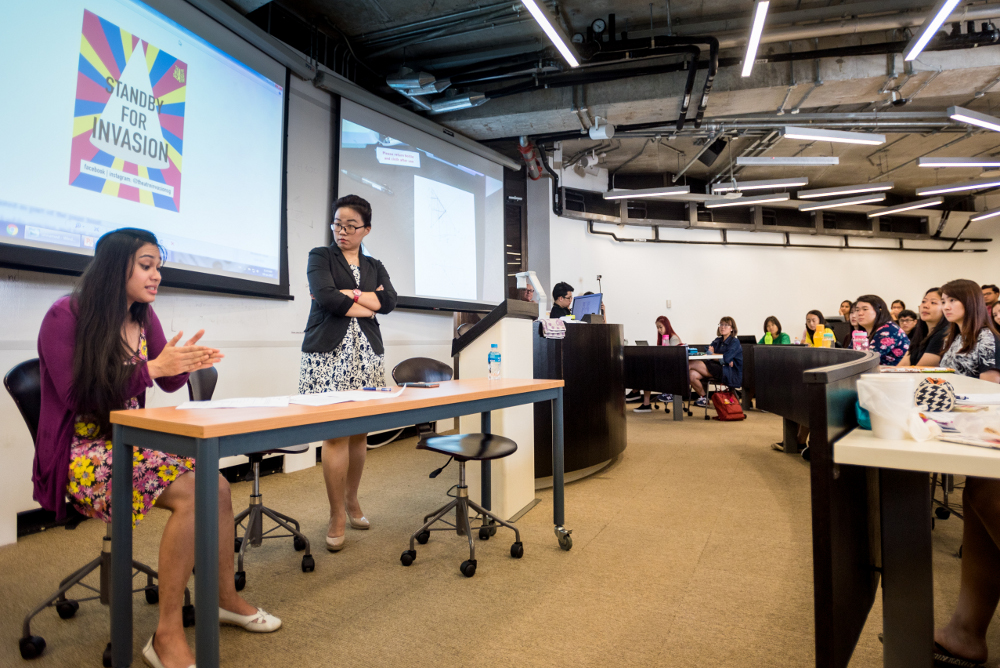 The free, full-length play, Don’t Kancheong, Kiasu & Kiasi, presented by the cast and crew of Buds Theatre Company, wraps up Theatre Invasion’s three-month campaign. 150 audience members attended the play that is done in a forum theatre style. The play centers on the struggles of Singaporeans surviving the education system. 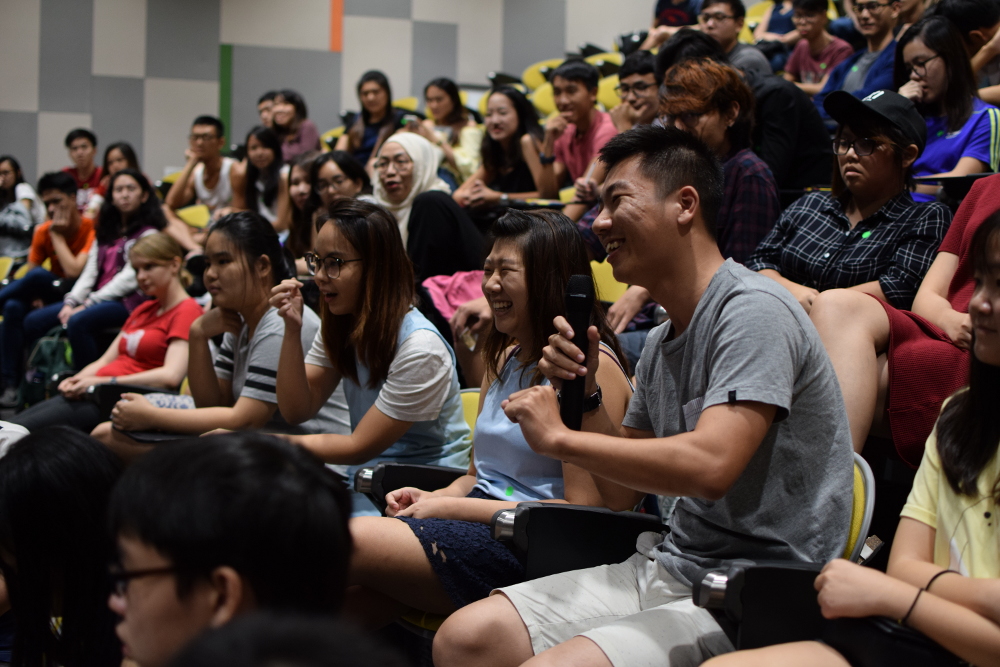 “Theatre Invasion Singapore changed my perception of theatre. From somebody who knows next to nothing about local theatre, I now find it inviting and accessible to all and not exclusive only to people who are into arts,” says Wong, a third-year student. 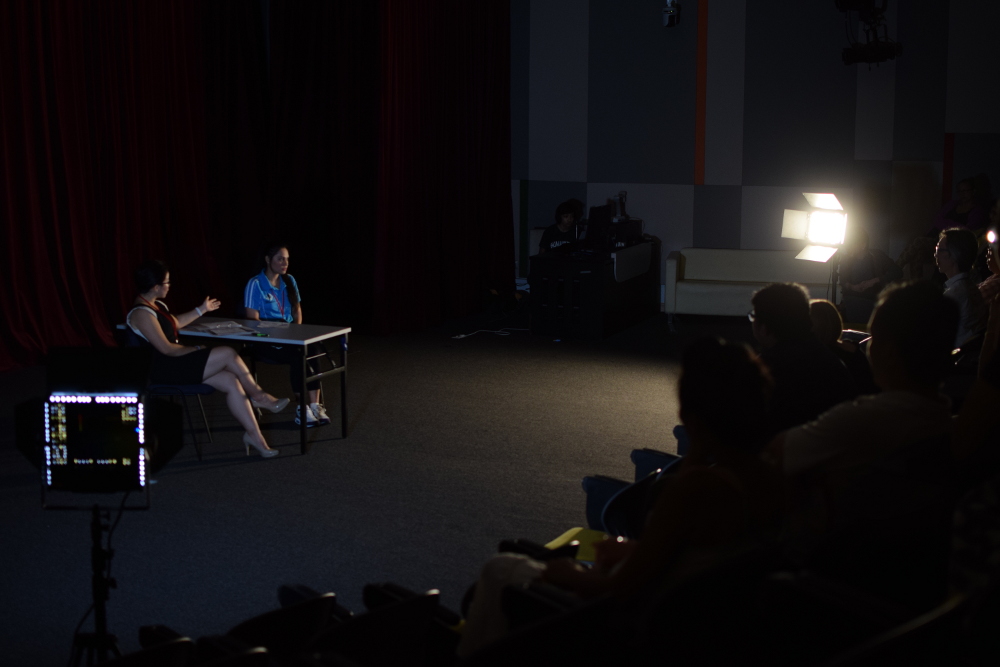 “Many people easily generalise Singaporeans as only being focused on Science and Maths, so a campaign like Theatre Invasion Singapore, which advocates for the arts is doubly meaningful,” says another student, Tan. 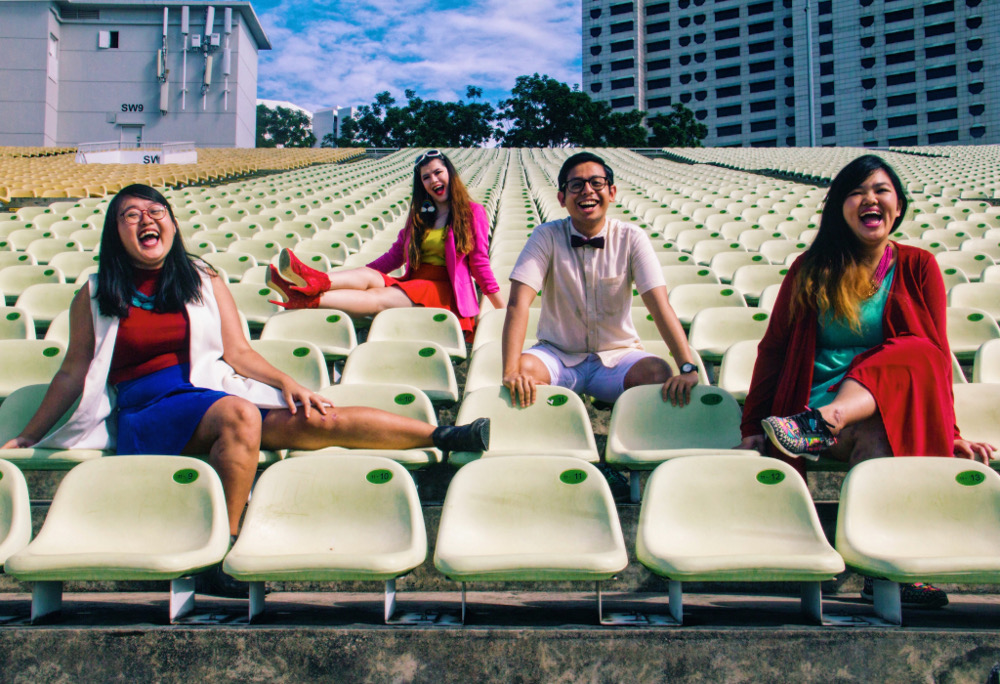 Theatre Invasion Singapore is the Final Year Project of four students from NTU’s Wee Kim Wee School of Communication and Information: Adeeb Fazah, 25, Lydia Lim, 24, Melody Ann Gibson, 23 and Teresa Zhou, 23, who are driven by their passion and desire to improve the local theatre scene. 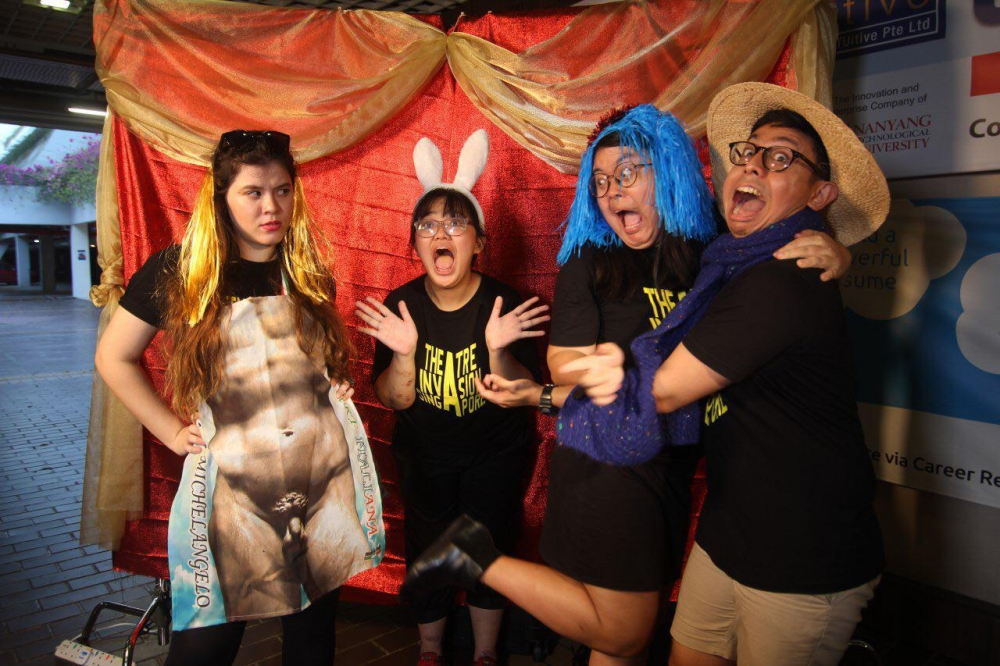 They launched the campaign in hopes to flaunt the appeal of theatre. They have since worked with Buds Theatre Company and NTU lecturers to realise the lecture invasions, exposing more than 700 students to theatre. They have also organised a road show that showcased song performances from well-known musicals to the likes of Chicago, Rent and The Sound of Music, allowing students to experience theatre first-hand, and to demonstrate the potential ability of theatre to connect with students on a personal level.

This project will conclude in April, but the team plans to take the campaign further. They are already in talks with theatre companies like Pangdemonium and Checkpoint Theatre to continue promoting Singapore's theatre scene. In their survey findings, 92% of the students cite social media platforms as their preferred mode of receiving information about theatre performances. So, the team will be converging their efforts on their Facebook page to further advocate for the theatre scene in the future. They have also raised the awareness of arts event listing websites and affordable theatre options like student rush deals, school productions and student-priced tickets. 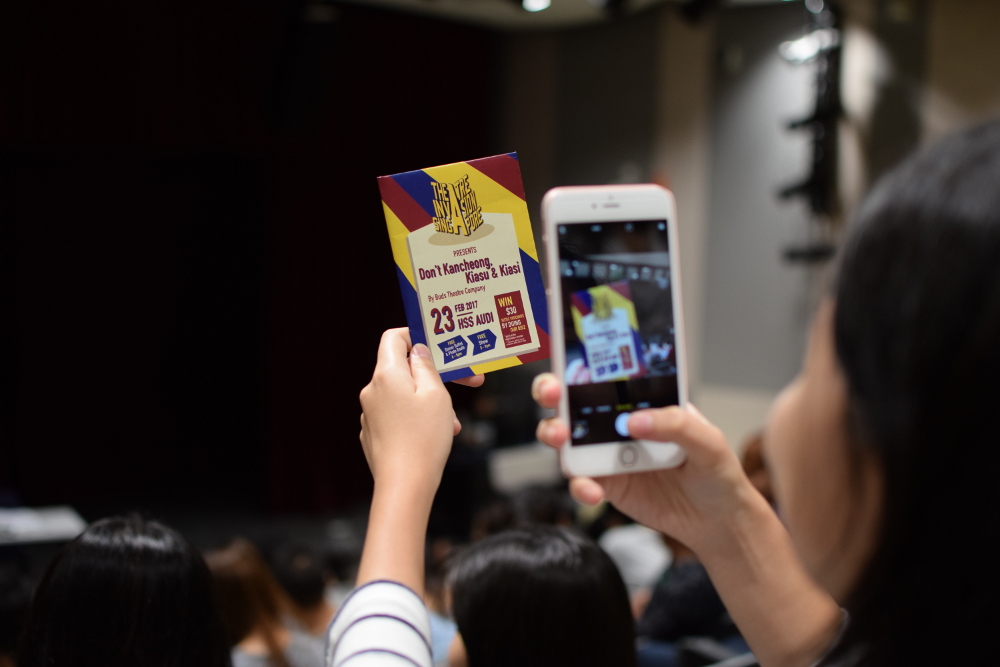 Looking at the constructive efforts of Theatre Invasion team, arts groups could take a leaf out of their book and work towards more ‘invasive’ publicity strategies, alongside good social media publicity to increase awareness of the arts in Singapore. Collaterals, publicity peripherals and event listings are passive. In order to reach out and empower people to step out of their comfort zones to attend a theatre performance, it seems that we need to devise publicity strategies that agitate the common man out of their complacency. Drama Box’s Goli may be one fine example of bringing theatre to the community by "standing in the way" of commuters, disrupting their paths to-and-fro home. Students have also cited the relevancy of plotlines as one of the pulling factors. Perhaps that explains the recent sold-out seats at plays like Normal and Those Who Can’t, Teach that discuss issues on education, close to the hearts of young people. 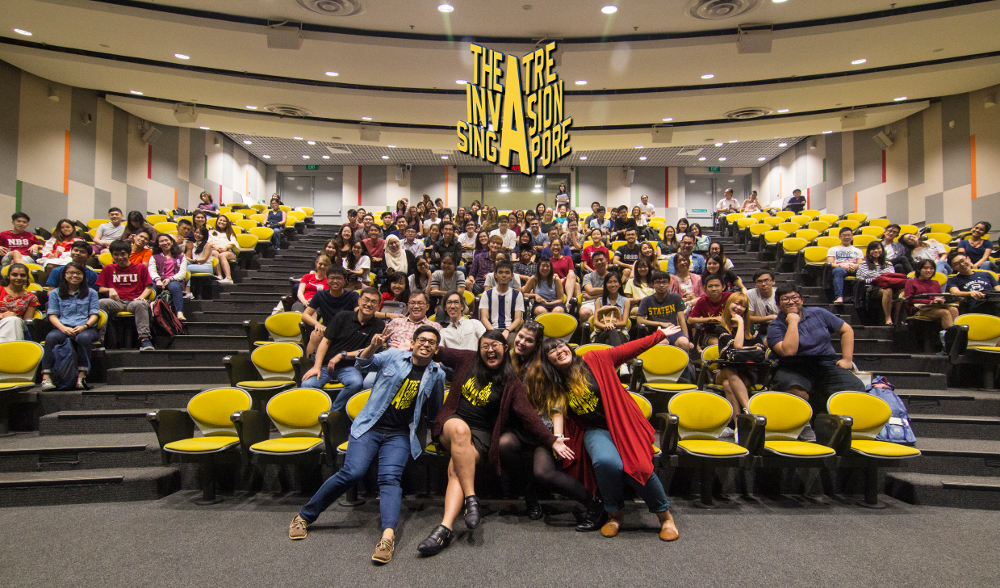