[Review] KAGEMI: Beyond the Metaphors of Mirrors 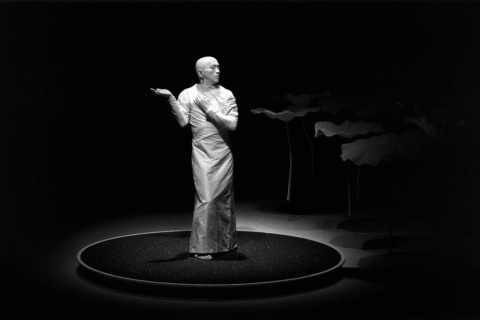 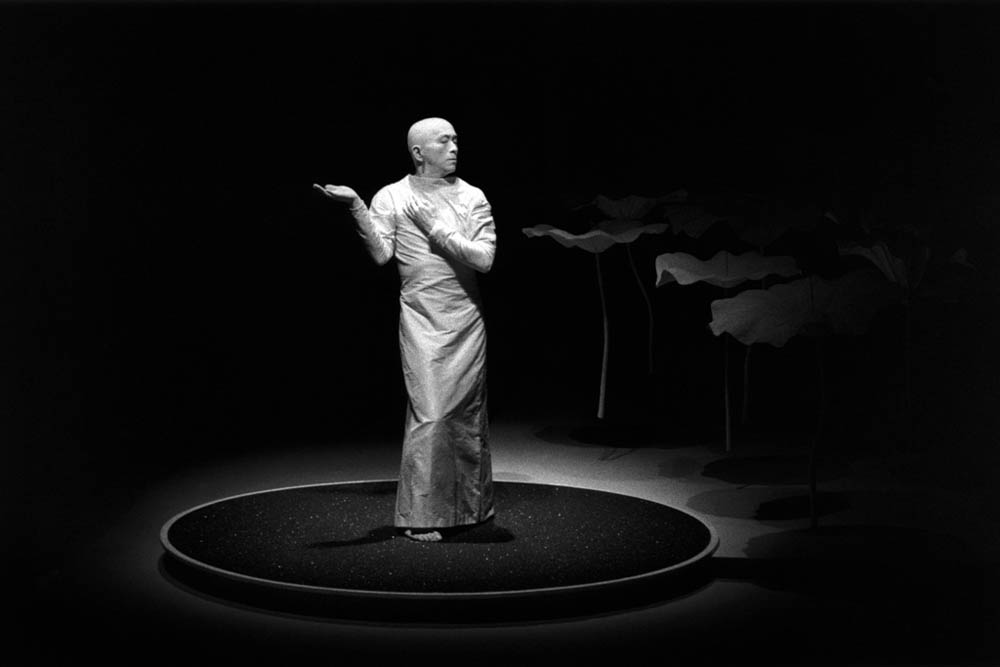 KAGEMI by Sankai Juku’s founder and artistic director, Ushio Amagatsu, is a butoh dance masterpiece. For those not familiar with butoh, it suffices to know that butoh originates from Japan and is part of a global contemporary dance tradition. However, it adamantly denies any direct influence from Western contemporary dance. Butoh is generally performed in a white body makeup with slow hyper-controlled motions. Ushio Amagatsu, who has an international reputation as dancer and choreographer, says his main preoccupation is with the relation of the body with gravity;butoh is “a dialogue with the gravity” where in bodily movements he chooses relaxation over tension.

As by tradition, the six male performers, together with the butohmaster, Amagatsu who mainly performs as a soloist, are fully covered in white talc and have cleanly shaven heads as they perform the seven sequences of KAGEMI.

The scenography to the dance is powerfully simple: brown lotus leaves that rise high above after the opening scene and hung in mid-air throughout the performance from the ceiling; a white mat covering the main performing area; a round black platform on left-front stage and an illuminated sandy yellow backdrop that opens only in a couple of the seven sequences.

The show started with Amagatsu’s solo on the round platform, which continued with a group sequence with three performers at the stage front and three in the back, engaged in controlled movements of hands and harms that almost mirror each other. They made frequent movements with an ancient Egyptian geometric quality with straight perpendicular hands, which reminded me of images from Egyptian catacomb frescoes.

The music varied extremely from oriental to classical and to contemporary bombastic scores, plays an important role in creating the moods and tensions in the choreography. Powerful and evocative is the fourth sequence, in the Light by the waterside, where the echoes of water droplets add to the rhythm of the performers’ further exploration of the wide stage and suggest an idea of closeness and distance.

In the fifth sequence Infinite Dialogue, Amagatsu re-entered with a trail of diagonal lights, and continued to amaze the audience with the finesse of his subtle bodily movements. These emphasize the dramatic tension of the performer enacting a dialogue with his own physicality and the gravity of space.

The sequence gained aggressiveness as the emblematic imagery of the disheveled long full body robes in a dirty grey/white colour contrasts with the white plasticity of the rest of the performance. The music, a continuous stream of suppressed squealing, was overpowering. This sequence had four dancers on the round platform engaged in big silent laughter as they painted one another with blue and red lines. They then moved to the centre of the stage with their arms and faces raised high, keeping a strong special expressivity in between laughter and pain, until they eventually gave in to the tension of gravity as they lowered their arms and their poses. This being less controlled than the other sequences, one has the impression that these four performers enact feelings of liberation and destruction.

With pristine whiteness and melody, the last sequence gave a sense of rhythmical resolution. Six performers danced with fluidity and took ownership of the space. They finally lay on the ground, covered in lotus leaves that were lowered, thus concluding the piece.

Although there are no difficult high jumps or acrobatics but you can be sure that it is not easy to execute these slow and controlled movements, as how Amagatsu and his performers had with dramatic gravitas. Credits must also be given to composers Takashi Kako and Yoichiro Yoshikawa, and light designer Genta Iwamura, for the conception, visual proneness and musical quality of this performance.

I believe even the most skeptical to butoh dance cannot help but be captivated by such refined composition of moods and movements. As for the thematic inspiration of this piece, Amagatsu points to the idea of mirrors, which is suggested by the subtitle –Beyond the metaphors of mirrors. Again, like their dance, it is a simple, lyrical idea that can speak universally to audiences around the globe. 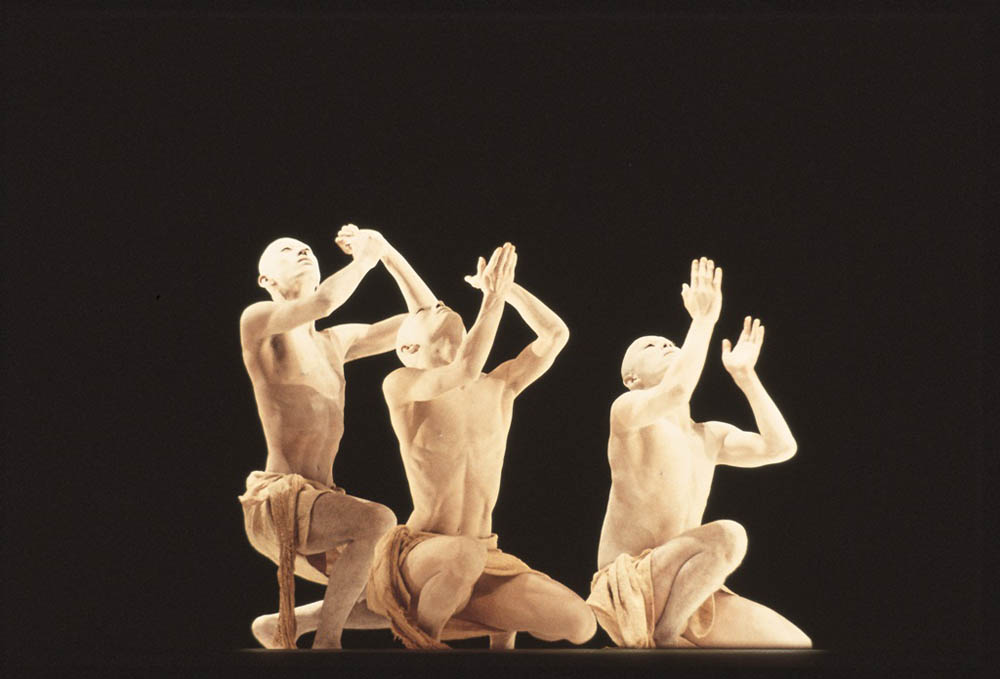 KAGEMI: Beyond the Metaphors of Mirrors ran from 30 Apr to 1 May 2014 at the Esplanade Theatre.