[Review] Paradise Interrupted is a laudable attempt at disturbing the traditional arts. 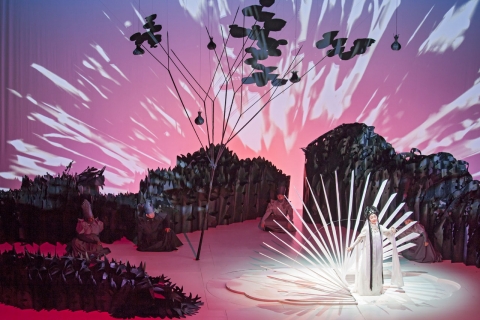 I can’t quite put a finger to what I’ve just watched. The artists are undeniably excellent in their respective crafts. This nouveau opera or play is titled《惊园》, which signals a paradigm shift from the two more commonly known acts《游园／惊梦》(A Walk in the Garden / The Interruption of a Dream) from the traditional Kunqu opera《牡丹亭》(The Peony Pavilion). If I were to interpret the titles superficially, the latter talks about the protagonist’s lustful dream got interrupted, whereas in《惊园》, her ‘garden’ is intruded or that perhaps the ‘garden’ has revealed a shocking truth to her. 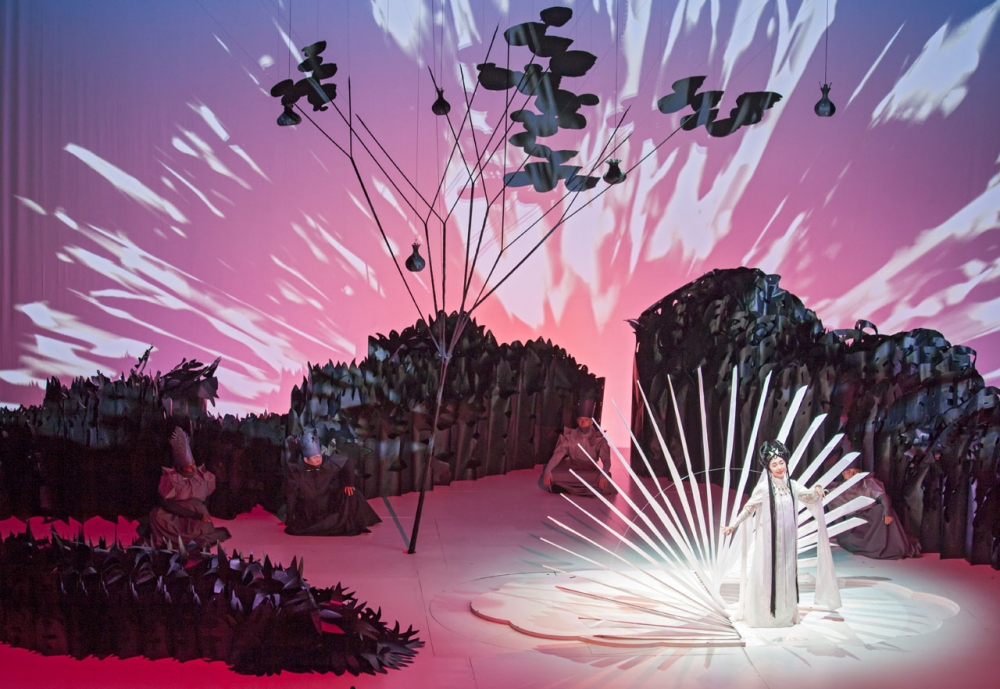 The garden set is indeed startling. In a note by the director and visual designer, Jennifer Wen Ma, she describes how the garden is manifested:

“The black garden is made from hundreds of laser-cut paper sheets, assembled in a formation that creates tension between each individual sheet when pulled apart, enable the garden to stand erect when open and return to a neat stack when collapsed.”

Like the bellows of an accordion, the swishing sounds that the material makes when rustled open, makes it a compelling piece of luscious botanical backdrop.

It is in this captivating garden that the protagonist, Qian Yi, dreams and reflects upon herself.

The final scene left a lasting imprint on me. In fact, the still shot of Qian Yi dressed in a gigantic, white neoprene dress, whose bottom looked stained with ink, was what made me curious about the show. (Other than this show being a rare opportunity for a Singaporean to have a taste of the Kunqu singing technique.) Looking at the photo, I thought she was standing in a black ink pit, with Chinese ink seeping up her gown. (In reality, the bottom of her gown was already painted black, and she is actually standing on a rising platform.) Nevertheless, this image of her standing in an ink pit, which resembles a 砚台 (Chinese inkslab) seems to translate her, the protagonist, into a brush who can script her own fate. In this symbolic finale, bits and pieces of the play finally fall into place – her last sentence proclaiming that she has risen above all shattered dreams and hardships so that all that matters now, is her self. 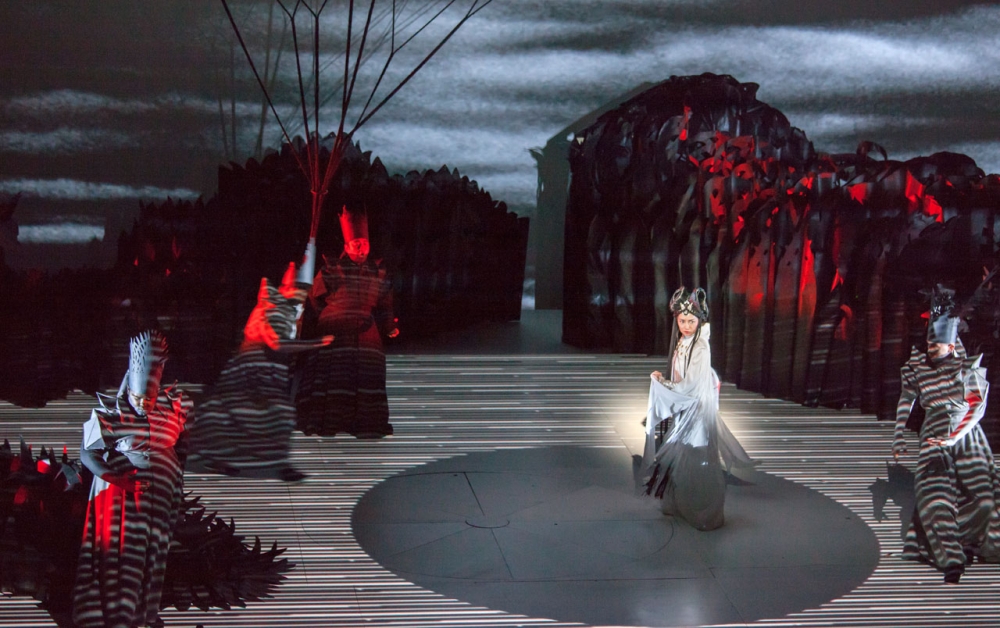 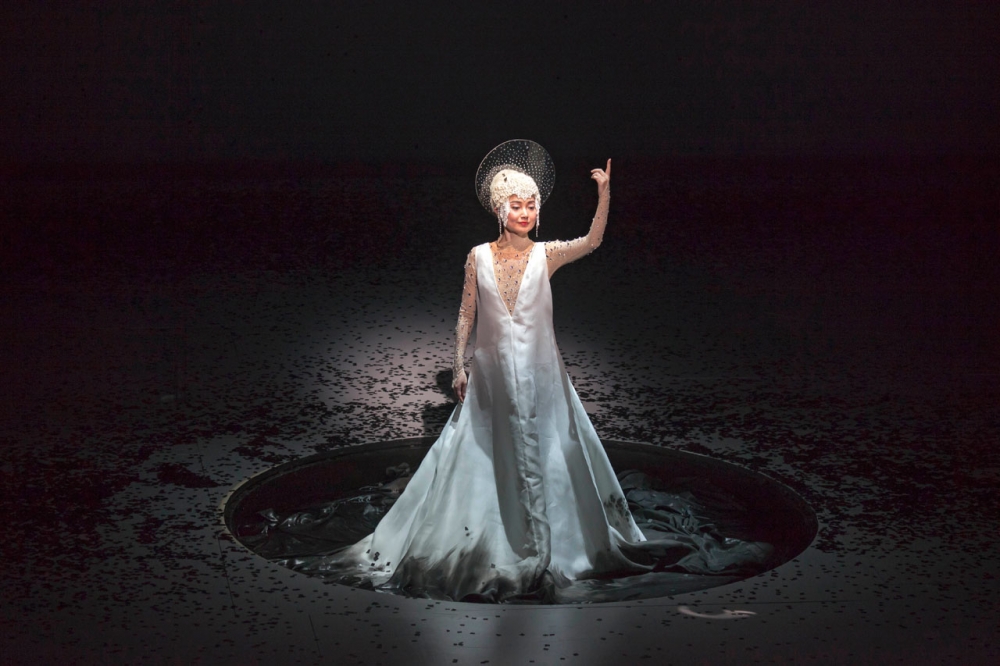