A response to the dramatised reading of Jo Tan's Forked

A monologue by Jo Tan herself is really what this play needs I suppose. I haven’t seen the previous iterations of Forked (or China Wine), but working backwards from the reviews of Forked at the M1 Singapore Fringe Festival made me guess that Jo must have updated her characters very much since. I no longer feel that she is just “digging racial stereotypes to milk laughters”. In yesterday’s dramatised reading of an improved Forked, mentored by The Finger Players’ Chong Tze Chien, the motivations of her punch lines or comic relief are clear, and sometimes used as a device to curb a potential avalanche of emotions, to snap the audience back to the present before one gets sucked in too deep into the protagonist’s emotional wreck. 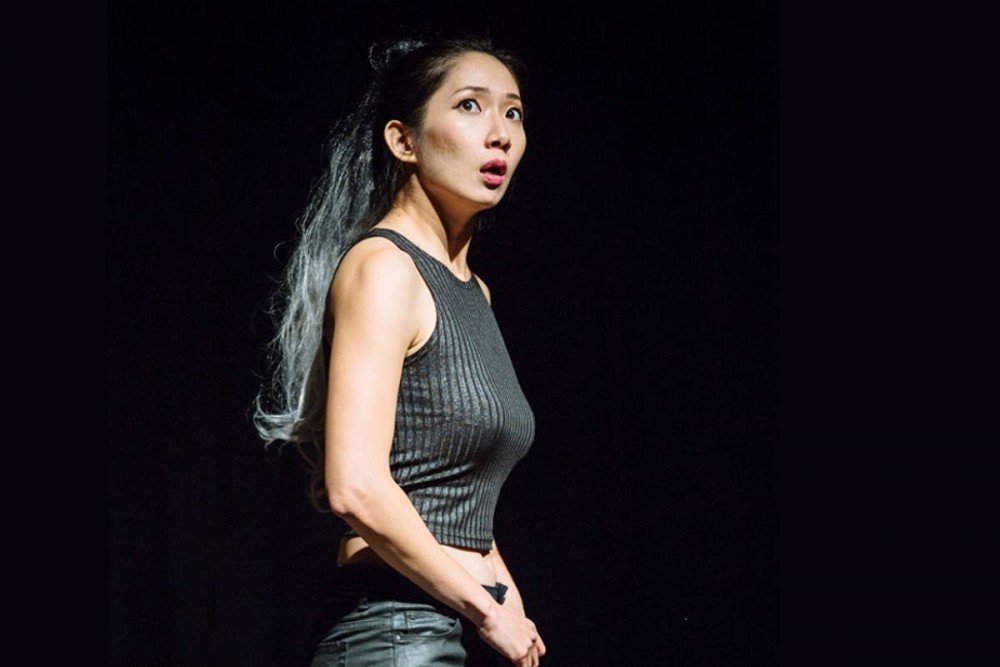 As mentioned by a few others in the audience, there are more complexities for each character and the use of a monologue lends the play more layers and textures, especially playing up to Jo’s strength in finding characters’ voices. I think keeping a hint of her signature accent work in the monologue might allow audience to identify with Jo herself.

There was also a little contention on the direction of narrator’s voice in Forked last night. I don’t know if it’s a girl thing, but I tend to agree with the observation Noorlinah made. I am invested and inclined to follow the protagonist Jeanette’s (emotional) journey, although along the way in her interactions with other characters, I have made mental notes about these characters having their own backstories. But I absolutely do not want to be distracted by them nor be led away by their narratives or narrator-voiceovers.

Yi Sheng also brought up a point about Jeanette’s interaction with her love interest, Scott, that she is “putting up with him more than she needs to”. But I feel that this is precisely the point at that moment in the play — that Jeanette has been putting up with the city, the society, others’ expectations, her dreams, her family, the world more than she needs to. So both the microscopic feel and the big picture adds up.

During the three-minute toilet break we have to talk about the play, my own grudge is with the ending. The last good moment before the ending, I feel, is when Jeanette reads an audition passage in her many different voices. That moment already reveals Jeanette’s self, her coming to terms with herself, but also simultaneously, the burden of a rojak of voices that she has to carry within herself forever. So, the last few lines of proclamation about “I am no one, I am everyone” feels too much like a “neatly packed ending” (or even an Adidas commercial) as someone else has also pointed out. It feels too much like a diligent student writing a humanities essay’s conclusion to score that “level 5” mark. Perhaps a director would be able to shed some light on how this ‘conclusion’ can be manifested on stage, and be silently evoked by the audiences themselves, instead of being read to them.

You can read more about them in their interview with Centre 42 here.