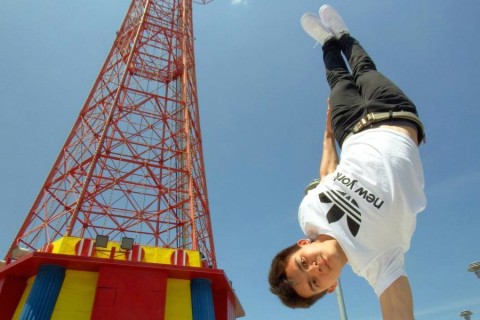 dead was the body till i taught it how to move looks into the struggles and pressures faced by our youths today. Sometimes, life throws you a curveball like the death of a family member, or at the same time, having to deal with your mental health issue and the possibility of losing the capacity to earn a living, what/where/who can you turn to?

We first met Michael Ng at the performance installation he directed, Ah Cheng, in the NUS Museum. The way he dealt with the many possible interpretations of space, identities, and the tension between these, and creating an impact within a short time, left an impression on us. In dead was the body, Michael acts as the team’s anchor being their dramaturg and movement director.

We speak to Michael to find out what some things embedded in his roles mean to him.

I’ve encountered the term a number of times in my theatre studies classes, but this is the first time I really sank my teeth in the role. In a lot of ways, being part of this production has informed my understanding of what a dramaturg does. To me, dramaturgy is a commitment to be precise and clear about what a production wants to present to its audience. I found a neat analogy to describe this: if a production is a ship on a journey, and the director is the captain, the dramaturg maintains the compass – always pointing towards true north, allowing the crew to navigate with confidence.

Some productions are based on existing texts or source materials that can serve as starting points for a dramaturg to look into. Though this is an original work, dead was the body is no different as the ‘text’ in question is Dominic’s identity and biography, but the challenge lies in its live-ness – a human being is not simply a written book that can be read, flipped through, and analysed with the assumption that every page stays the same every day. Dom’s experience with his late father, in fact, created several psychological walls that made him unable to understand his own impulses at times. We spent a good few months just understanding certain events from Dom’s perspective, recording and documenting exchanges with him, and getting his opinion on things. I guess this theatre-making process has literally contributed to a journey of self-discovery, through which Dom was able to better understand himself and his relationship with his father.

In this production, I have to constantly keep in mind issues of representation, particularly of the b-boy subculture. Not simply staying true to a generic, charted hip-hop history, but keeping it as close-to-home as possible – how a b-boy of today’s generation approaches the dance and makes it a part of his life. Having lived this life for almost a decade, I was able to support the meaningful experience of mapping various aspects of local b-boy culture into the way Dom’s story is presented, such as cyphers, jams, training sessions, and just…the unwritten lore that gets passed around through rumors and supper banter. Hopefully when other b-boys come to watch the show, they would be able to resonate with certain scenarios and imageries that they may find familiar. 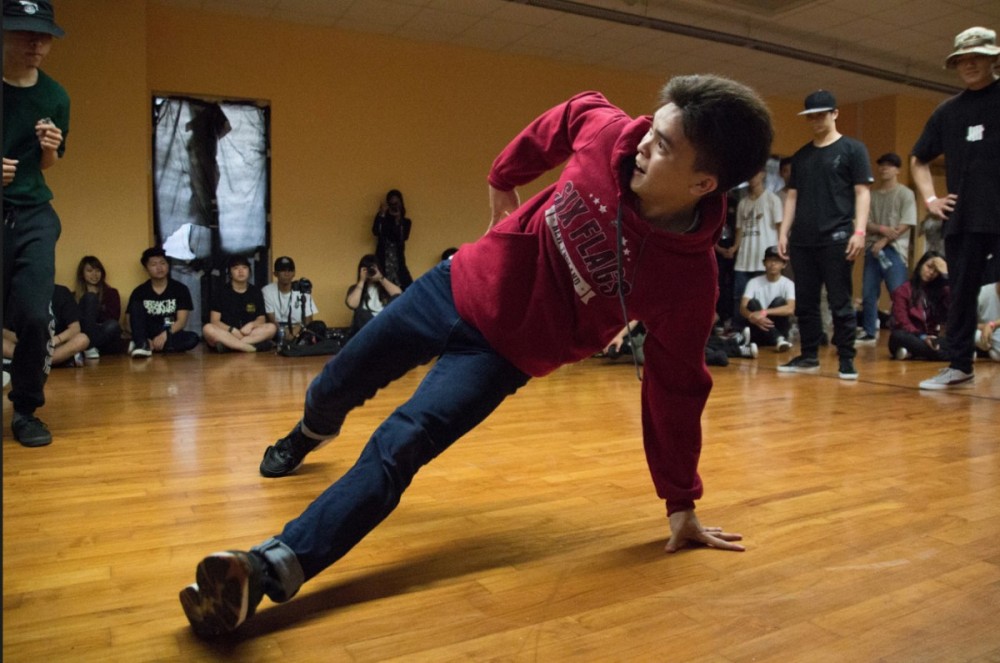 At this final stage of rehearsals, I guess, I’m working with the rest of the core team to ensure creative decisions that we make stay true to certain ideas and principles we agreed on in the past. Devising and collective creation over a sustained period can become quite messy, and we’re often compelled to revisit what we decided this show is going to be about, why we chose to even do this show in the first place, and so on. At those times I’ll happily pull out a quote or two from our archives to get us back in line.

This role of mine is, of course, hard to explain to my friends and relatives who don’t study theatre, so they just think I’m a choreographer of sorts, or just the ‘guy that is teaching Dominic how to breakdance’, or maybe even ‘the guy that has to be there only because he knows about breakdance’. These assumptions are inevitable, and I take them in my stride. But I’ve never been clearer about the dramaturg’s role in this project. It’s been challenging, and has pushed my creative faculties to their limits! I thoroughly enjoyed contributing to the creative process in this capacity.

2.    What does physical movement in theatre mean to you? How and why did u get interested in this aspect?

To me, movement is like a dialect. It’s like everyone’s unrecognized mother tongue. Everyone moves first before they begin babbling, let alone speaking. We move towards things that attract us, and are repelled by things that once caused us pain. It’s hard to keep still when we listen to our favourite songs. With most theatre being narrative driven, there is definitely that compulsion for audiences to decipher what performances mean – like what is the point of whatever I’m seeing? This may make physical movements in theatre frustrating for those who are looking for a lucid interpretation of the work that they encounter.

Physical movement is so charming precisely because of how it resists being tethered to a singular meaning behind every motion. It’s not like a language, which functionally tends towards a fixed, common interpretation. This is what allows a performer to pour her heart out into a set of motions that has such precise meanings to herself, without needing to be held hostage by her opinions. As a b-boy, sometimes I dance when I feel upset. My close friends will know why I’m upset, and b-boys may be able to tell how I feel through the way I perform. When watching physical theatre pieces, I sort of forge meaning behind the movement through the way it makes me feel – whether the way the performer moves, or the feeling she evokes, reminds me of events and experiences in my own life. In this respect, movement gives the space for people of different backgrounds and different languages to commune, identify, and be vulnerable with each other. In simpler terms, it allows people to express things that they rather would not say. And there are loads of things people today may feel that they would rather not say. 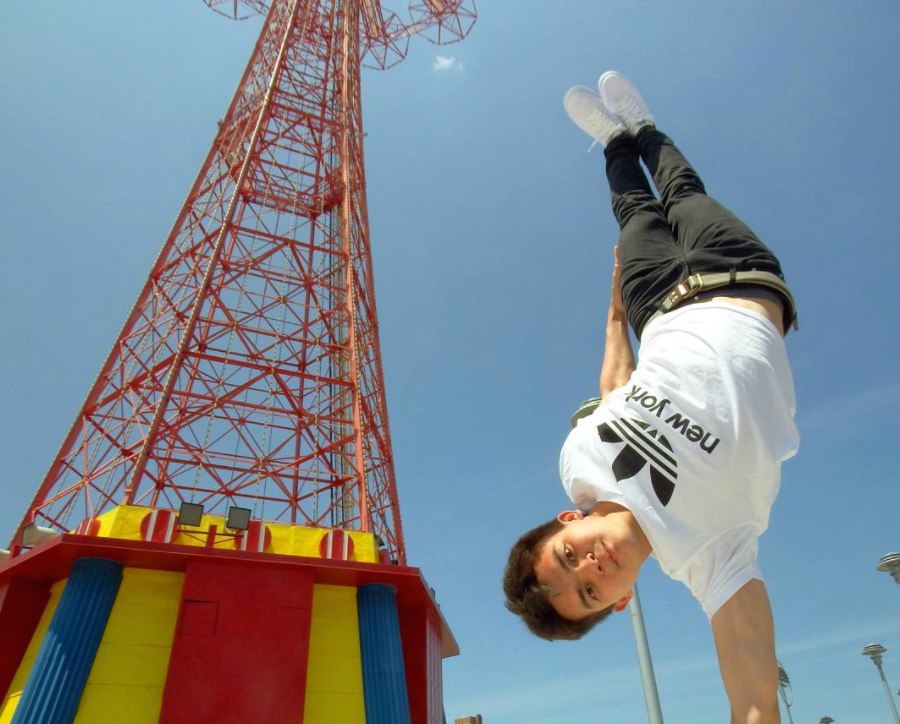 I think being a b-boy is about creating, owning and defending your identity. Knowing that if you don’t believe in yourself first, no one else is going to believe in you. It’s also about fighting the good fight to get what you want in life. At the same time, however, its about knowing that it is no less important to stay positive, spread love, and have fun.

Michael Ng finds his voice in multiple mediums: his directing credits include the performance installation Ah Cheng (NUS Museum), the theatre production Changing Landscapes (Straight Up Players), and the film Smoking Secrets (NYFA nominee; winner of Point & Shoot 2017). His involvement in this project is fueled by an interest in how movement works in performance. He recently performed the physical piece Noise in Silence (Thespis), which explored movement in a sustained process to dissect the issues and tensions surrounding sexual assault. He has also been practising b-boying for over eight years, placing fourth in the 2014 Singapore B-boy Championships. He is currently in his honours year for a double-major in theatre studies and sociology.

About Bhumi Collective
Bhumi Collective is the point of convergence for artists making art in a borderless world.
We are a producing company which believes in the lesser seen, lesser heard and the lesser talked about, at our heart. We believe in facilitating the process of art-making between artists of different disciplines, from sparking initial conversations to realising ideas on the stage. We work across genres and forms to tell stories that embrace our differences in race, religion, colour and circumstances while constantly finding commonalities that connect us.
We are creators, we are producers, we are Bhumi.