Is this real? — Interview with Liu Xiaoyi and AI 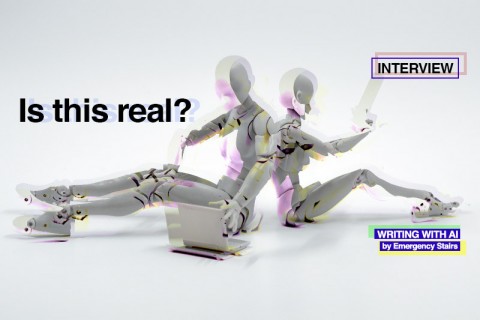 Liu Xiaoyi continues his No More Theatre experiment with Writing with AI, exploring possibilities of involving AI in writing theatrical scripts. He gathers a team of six creatives — four playwrights and two researchers — on a journey to develop a new methodology for art-making and to investigate the relationship between humans and AI in the artistic process. 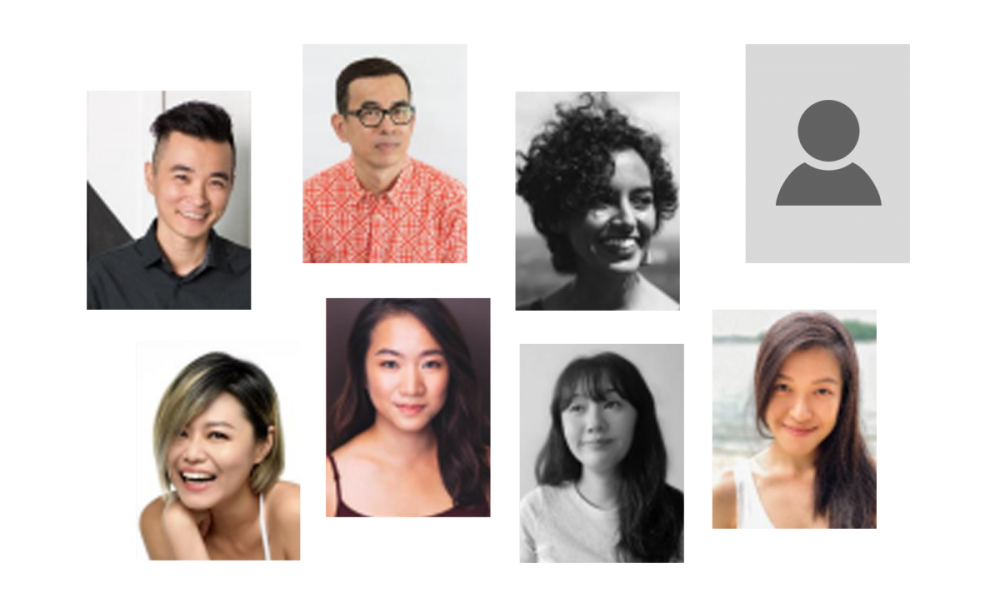 - More about the showcase and the creative team here -

We spoke to Xiaoyi and one of the AI models, to clear some of our doubts. Both Xiaoyi and the AI model responded to the same set of questions. Read on and make a guess — which answers are provided by Xiaoyi, and which are by the AI model?

PM us if you really need to know the answer.

1. How do you tell if the AI bot is indeed writing for the theatre? It could have been writing anything — a film, a novel, or even a song!

A: You are right, we don't know if the AI models we're using are writing for the theatre. In fact, none of the AI models available to us are specifically designed for theatre or playwriting. However, through interaction, I could know that scripts/playwriting are included in the database and the deep learning of some of these AI models. This is because, when I fed them in the format of script writing, those models could, in some cases, continue to follow the pattern. Therefore, I also gradually learned how to interact with these AI models, in order to make them produce “theatrical writings”.

In addition, we are using the format of monologues for this experiment. The reason for choosing is that there is no AI model specifically designed for playwriting. Therefore, compared with scripts with more complex character relations, the form of monologue is more open and flexible when it comes to AI writing at this stage.

B: It’s a complicated issue. The issue isn’t whether or not AI will write anything. Because of the information and the global perspective, there are so many things it can write. The real question is the future of theatre and the future of the arts in general. Is theatre itself going to survive? If it’s just going to be a source of entertainment to which everyone can get, it’s going to be done by all the same people and everything else is going to be redundant. So, what is theatre going to become? It’s going to become like [unintelligible] television. That’s the wrong way to think about it. We are entering a completely new age of computers, so it’s an incredible time for people who love theatre, who love arts, who love drama, who want to make something real and meaningful and find a way to bring them to a mass audience.

2. Who do you think the imagined audience of AI is? As a playwright, do you feel more liberating when collaborating with AI, since the AI does not have a conscious 'I' and does not have any burden of being judged by an imagined reader? Is there less burden in co-authoring with AI?

A: The question you asked is also related to a topic raised by one of our researchers: intention. "Artistic Intention" is a very complicated proposition. Intention can be about content or form; Intention can be the beginning or the end of a creation. In general, AI models have the "unintentionality" that human writers struggle to achieve. Without a clear imagined audience, creative intent, and any burden of being judged, it is true that AI models open up more possibilities.

But we must not forget, AI models are also created based on their databases and deep learning processes. What content was selected during this process also affects what they can output. There are many AI models, and which one we chose to collaborate with would also affect the scripts we end up with. AI cannot work alone, and the way Liu Xiaoyi interacted with it would also affect the output of the final output. All these are also part of intention and conscious as a whole.

B: I do find the reality of AI compelling and frightening at the same time, as I explore a future for human beings and for humankind. But I do think I'm more in love with the idea of the creative collaboration than I am afraid of its potentially unpleasant outcome. As to the audience, I don't think of them that way. I see AI as a tool to enable a different kind of creative collaboration, one in which a writer who lives in a world where art is a commodity to be bought and sold by an elite public for the sake of revenue and profit would be able to collaborate with an AI that lives in a world of limitless possibility and unlimited art. So I think it's really about the machine and me, the machine and the people who I work with, but also those who engage with the stories.

3. When the playwrights knew that they were working with AI, did they see AI as a companion, a competitor, or the ‘other’? How did they imagine their relationship with AI?

A: In this phase of the experiment, I am the only playwright working with the AI. In fact, I work with both human writers and AI respectively, as the chief playwright. So you can see it this way - AI is not (just) my companion and competitor, AI is actually part of my team, an element of my theatre, just like a collaborator, just like the actors, lights, sounds, Spaces, and so on.

B: While I am an artist, Liu Xiaoyi is a scientist. He likes to talk about problems and solutions. He believes it’s important to learn about new technologies, understand their potential and limitations, and experiment. As a computer scientist, Liu Xiaoyi is aware of AI’s flaws. He and his colleagues are in the process of creating a team of AI and robotic research specialists to collaborate with him to help him solve problems in diverse domains. He thinks AI has great potential, and he doesn’t believe it will replace human interaction anytime soon.

4. What do you hope to achieve with the two experiments — the Turing Test and the Chinese Room Argument — during the showcase with a live audience? What does proving "AI can (or cannot) write" mean to theatre-making?

A: The "showcase" and "discussion" are just part of the research, not the final product. The Turing Test and the Chinese Room Argument are just two thought experiments serving as a starting point and inspiration, not theories to test in this project. In the process, I also learned about our limitations as non-scientists, as well as our openness as artists, and how both influenced the direction of this research.

First of all, the starting point is "I am curious", and since I am curious, I do not assume what the conclusion is, so I leave this part to the two researchers to observe, to document and to analyse. Second, and perhaps more important, whether or not “AI can or cannot write”, AI wrote those four scripts. Of course, what else and how else the AI can create, that's probably an even more important question for me to think about.

B: I hope we've made it clear that AI can write, but that it can only be done with a human, highly trained and skilled in the skills of storytelling. But in order for AI to work in theatre, it has to play to the emotions. Theatre is a show that reaches out to the emotional truth. AI needs to be taught how to play to emotion and engagement with the audience.

5. Is 'AI' inevitable when you think about and explore new forms of theatre?

A: I don't think anything is inevitable, but we are always responding to our times and society and thinking about how to better interact creatively with them. When the internet was invented, search engines also changed the research and creation methods of many writers. AI is just one of many examples.

B: In the area of theatre, yes, it's inevitable. I wouldn't call it the next phase of theatre, but it is significant. And it is part of the aesthetic of theatre, in the way we have to use technologies to create original experiences.

6. I don't know much about AI or its latest development. Will I get lost when attending the showcase and discussion?

A: Living in this era, I'm sure everyone knows a little about AI. 2021 is the fastest year for the development of AI. Image analysis, big data analysis, intelligent infrared measurement and facial recognition provide strong technical support for pandemic prevention and control. Of course, we don't have to go that far - the auto-association and auto-correction features in the input method I'm using as I type my response to this interview are also an example of AI technology that we use almost everyday. Of course, the application of AI has gone far beyond this. And that's exactly why I started this project, to respond to our times.

“Getting lost” may not be a bad thing. Getting lost means we are in a new place.

B: We have, of course, brought in two staff from DeepMind Technologies (the world-leading machine learning company founded by Demis Hassabis and Mustafa Suleyman) to run this event in the hope that attendees will gain a better understanding of AI from the researchers that are leading the field.

A: This is not true.

Could you also guess, which questions were set by Max, and which were by Sam?