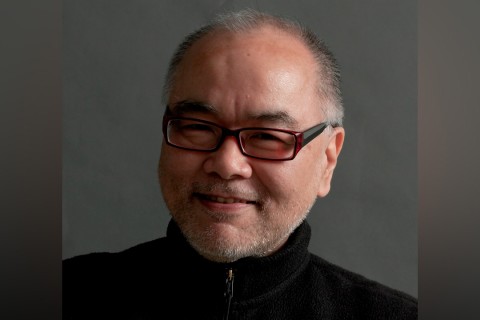 One table and two chairs. This is the basic setting of a traditional Chinese opera performance. For 600 years, they formed a platform for portrayal of basically any scene setting, from living rooms to royal courts, from bridges to mountains.

Some time in the 1990s, things changed. The table and the two chairs have been given new purposes and meanings. They have become a minimalistic stage setting for contemporary theatre; they form platforms for artists to communicate and cooperate; they enable cultural exchanges.

In December 2017, a newly formed theatre company, Emergency Stairs, will jump onto this bandwagon of the evolution of the One Table Two Chairs setting, with a festival with less performances but more workshops, dialogues and forums. Southernmost, inspired by the geographical location of Singapore in the Asian continent, is the latest addition to the international series on One Table Two Chairs.

As these words were being typed, another One Table Two Chairs project was ongoing in Hong Kong, directed by the originator of this idea in the 1990s, Danny Yung, who co-founded Zuni Icosahedron, a major experimental theatre company based in Hong Kong. This time, he was responding to China's One Belt One Road initiative with the Hong Kong Belt-Road project. As Southernmost begins this week, we think it would be a good idea to find out more from the person who started all these more than 20 years ago, as he patiently shares with us his take on the evolution of One Table Two Chairs, and its relationship with the technology in theatre and cultural exchanges.

(Yung responded in Cantonese with a recording device in Hong Kong. The sound clip was then sent to Singapore, and the answers were transcribed and translated by Arts Republic.) 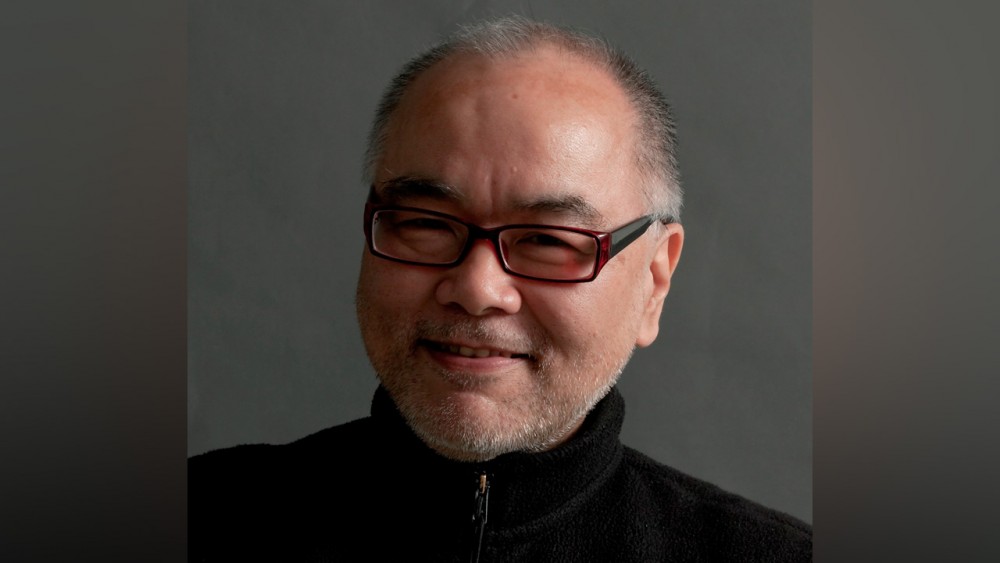 1. Four mirror walls have been used in your previous productions to experiment relationships between space and technology, reality and illusion. Will there be new experiment and breakthrough this time with the mirrors in the Hong Kong Belt-Road project?

When you stand in a space surrounded by mirror walls, it is easy to imagine that you are standing in a well. I did this experiment in 1994 hoping to enable artistes to experience standing in such a space to examine themselves and their relationship with the space deeper. Because of the four walls of mirrors, my 1994 production had shadows of Kafka. So I borrowed Kafka’s The Trial as a stepping-stone. At the same time, I was also dealing with the One Table Two Chairs production. So I explored the link between Kafka and tables. Therefore, in 1994, I borrowed the namesake of (Ming Dynasty Chinese writer) Ling Mengchu’s short fiction collections Slapping the Table in Amazement (拍案惊奇). Putting both together, my production was titled The Trial: Slapping the Table in Amazement when translated directly from Chinese. (The production was simply titled The Trial in English.) 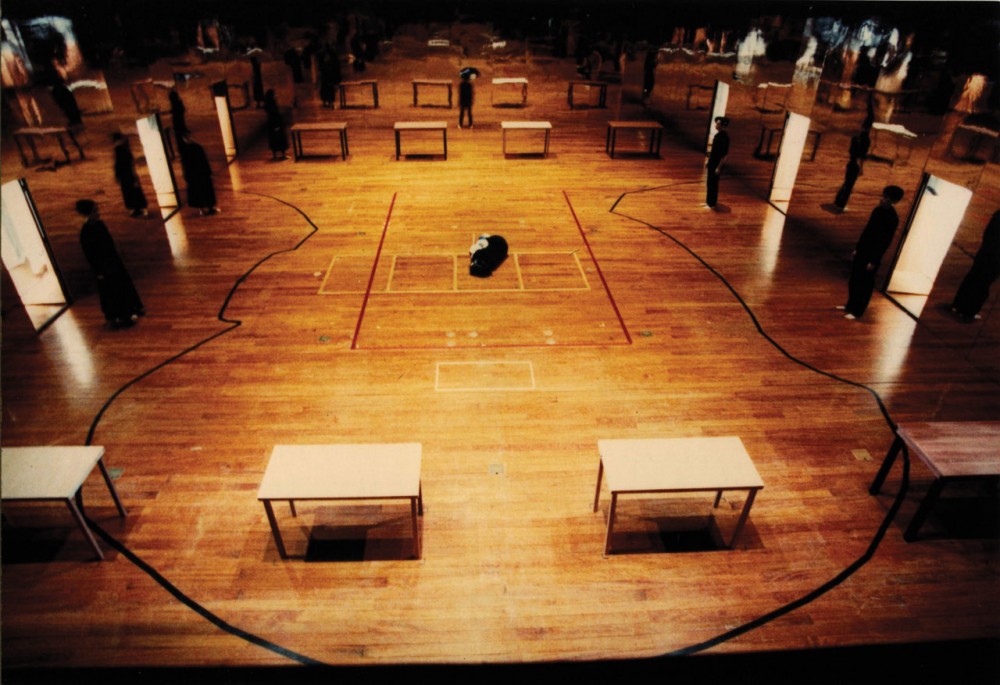 In 2013, technology has advanced. Lightings, sound and material technology have improved. So, in 2013, the mirror walls experiment levelled up. Because the video technology has improved greatly, so we made a daring attempt to project the visuals to cover the entire stage floor. The floor became a giant projection screen in the middle of the four mirror walls. We witnessed how the setting in an infinite space inspired us to re-examine the way we think.

In 2013, we had 4 weeks of experiment time. So, I got to make different decisions and spatial designs, especially the relationship with respect to the video projections. The biggest difference in 2013’s production is that I managed to collaborate with a group of traditional opera artists for the experiment. Just like that, we managed to produce four nights’ worth of shows, together with another few contemporary dancers and other passionate artists in 2013: the First Trial: Awakening; the Second Trial: Cool Wind Whispers; and theThird Trial: Contempt.

About my production in 1994, basically, there are 16 Hong Kong artists who were interested in experimental art; their practice is more intuitive, rather than academian-style. So at that time, I used 16 tables. I placed them in the centre of the four mirror walls, turning them into a single platform and experimented many permutations. When the 16 tables are placed together, they form a stage; when they are placed at the corner of the space where the mirrors met, they became 64 tables. Because the two mirrors at right angle multiplies the set by four! The biggest difference between the 2013 and 1994’s rendition is that I was still experimenting and exploring the relationship between the stage installation and the space, but in 2013, I was able to focus more on the technological aspect, especially how the visual projections would interact with the setting. Of course, in 2013, the mirrors are much better than the ones used in 1994; they no longer distort images. In 2013, I also experimented with placing a very small stage in the middle of the large stage. The small stage had wheels beneath, so I could wheel the small stage around freely within the larger stage space. This is an experiment that I have been working on perpetually – a stage within a stage, to allow us to examine and implore the discourse of such a concept. 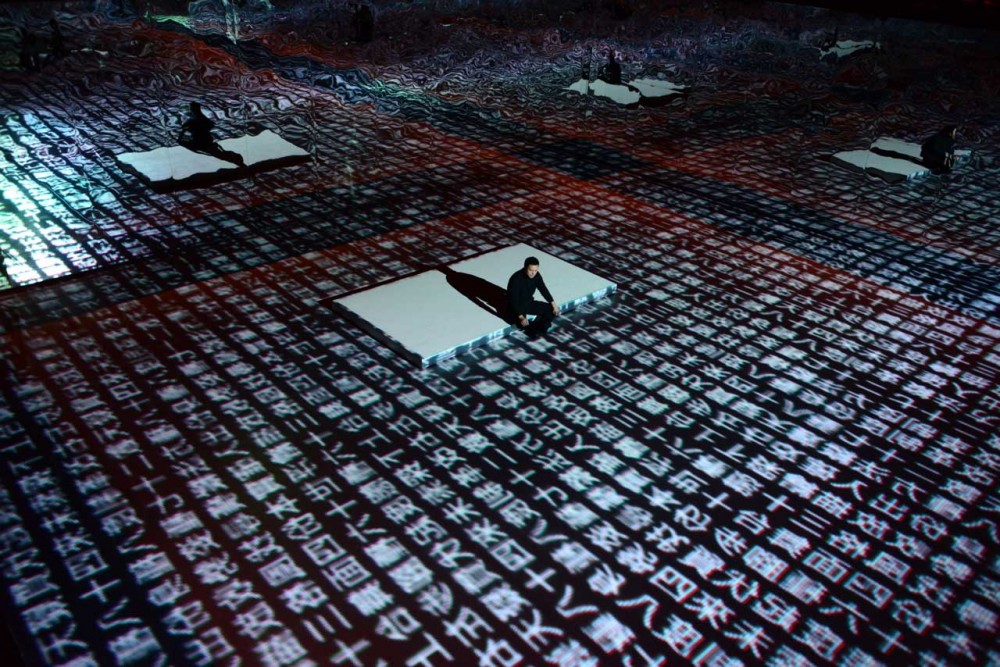 In 2017, I guess technology just keeps on progressing at a faster rate. I no longer use the mirrors in the 2017 production. Instead, I used a very thin sheet of membrane*, and stretched it tautly. This achieved the same result as the walls of mirrors. These thin sheets are mirrors, you can see through them from the other side, like a two-way mirror. So in 2017, this experiment had to do with materials, and also with mechanical engineering. But of course, it also had to do with lights and sounds. This, has to do with the advancement of technology from 1994, to 2013, to 2017. In 2017, I tried to get the backstage crew, designers and performers to interact and collaborate on a deeper level, and not just merely designing an event and inviting the technicians to do a supporting role. They became one of the main leads on stage. Other visual artists, lighting designers, choreographers, sound designers were all the main players on stage. This year, education plays a pivotal role in the experimenting. This element of education allowed us to visualise the potential directions this experiment could go towards. The relationship between technology and creativity, performing arts and technological support became a significant theme in this year’s production.

*The mirror wall setup in 2017 is under the Freespace Tech Lab 2017 project, of which Mathias Woo is the creator, artistic director and spatial designer, and the stage design concept by Danny Yung. The mirror membrane used is called GiantMirror which is manufactured by ShowTex. (Read our interview with Mathias Woo here.) 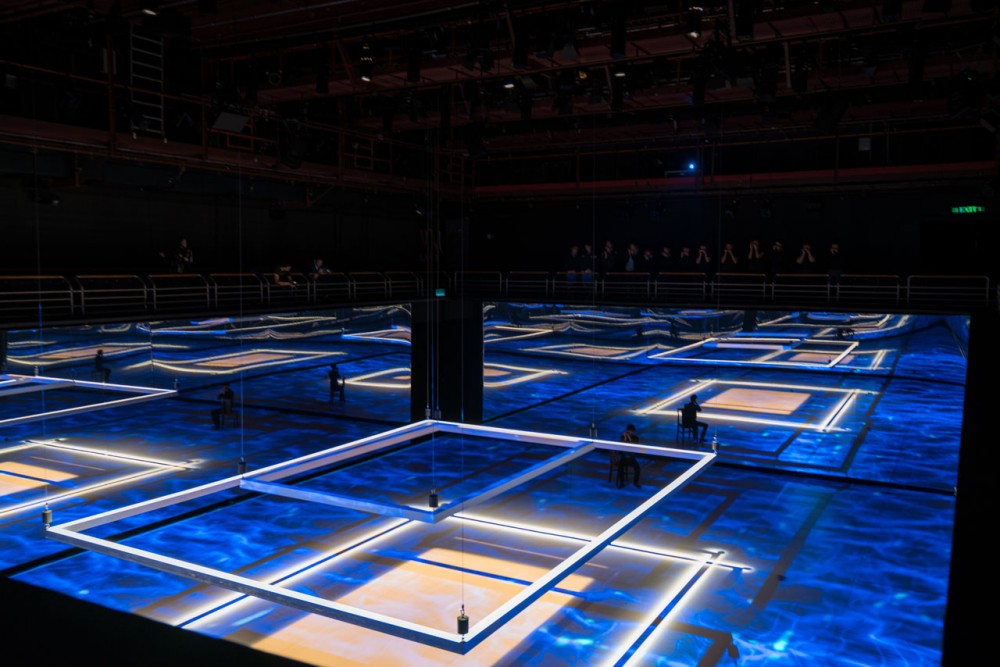 Talking about this year’s plan for Hong Kong Belt-Road, I have invited 10 performing artists from overseas. They will each produce their own creation within the four mirror walls. Some of them will perform in their own works, others are training the young ones for the creative pieces. These creative works are only the beginning due to time constraints. The important thing is how are they going to enact these walls of mirrors; how will they enact the feeling of being in a well, how are they going to enact the relationship between the performer and his imagination within the mirrors within the limited time? Looking at how these 10 artists deal with these topics, we can gain and establish valuable insights into experimental performing art forms by comparing and contrasting their methodologies with their creative processes. Amongst these 10 artists, some are at the frontline of contemporary art, some are traditional artists, others are performing artists who cross genres. So this time round, we have another aspect for comparison. Out of these 10 artists, the furthest hails from New York, others come from Berlin, South Africa, Syria, Israel, India, Turkey, and all the way from Asia, Thailand and Indonesia, etc.

So is this cross-cultural experience, that within the four mirror walls, at the bottom of a well, reminding us that we, as performing artists, are ignorant like an ill-informed frog sitting at the bottom of the well, always looking at a small piece of the sky? We will have to see the sensitivity of the artists. I have always felt that every creative work is a critical reflection of the artist – every piece of work critics the past creations of the artist.

Read Part 2 of the interview here!

This interview is made possible with support of Sense Connect and Zuni Icosahedron.

Danny Yung is participating in Southernmost this year. He will be conducting workshops, engaging in forum, and presenting a One Table Two Chairs performance.