Interview with Jereh Leung - A Journey of Liberation 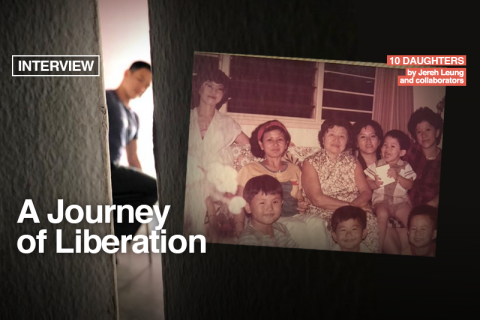 10 Daughters, by performing artist Jereh Leung, is an interdisciplinary presentation weaving installation, sound, lighting and live performance. The work brings together personal narratives, fiction and impressions from Jereh's memories of growing up in the 80s and 90s. It is part of O — a project that draws inspiration from the artist's childhood experiences and his baby-boomer mother. It is a provocation to ruminate on conceptions of domesticity and womanhood across time and generations.

We spoke to Jereh to find out more about how his childhood experience affects his creation, and how the project has evolved over time.

1. O is inspired by your childhood experiences and your baby-boomer mother who grew up with nine sisters. Could you share a little bit on how your mother ‘translates’ her growing-up experiences into her approaches to raising you as a child? How and when did you realise you could deal with this situation ‘differently’ (using art)?

My mother came from a big family, and as the daughter of the second wife, she is one of the youngest in the family. As cliché as it sounds, it has been drilled into her that sons are more precious to the family as they bear the family name. However, being in a family where the women outnumbered the men—including children from the first wife, there are a total of three boys and eleven girls, and that is excluding one still-born male child and one daughter who was given away to another family—by a fair bit, the women definitely rule the house. 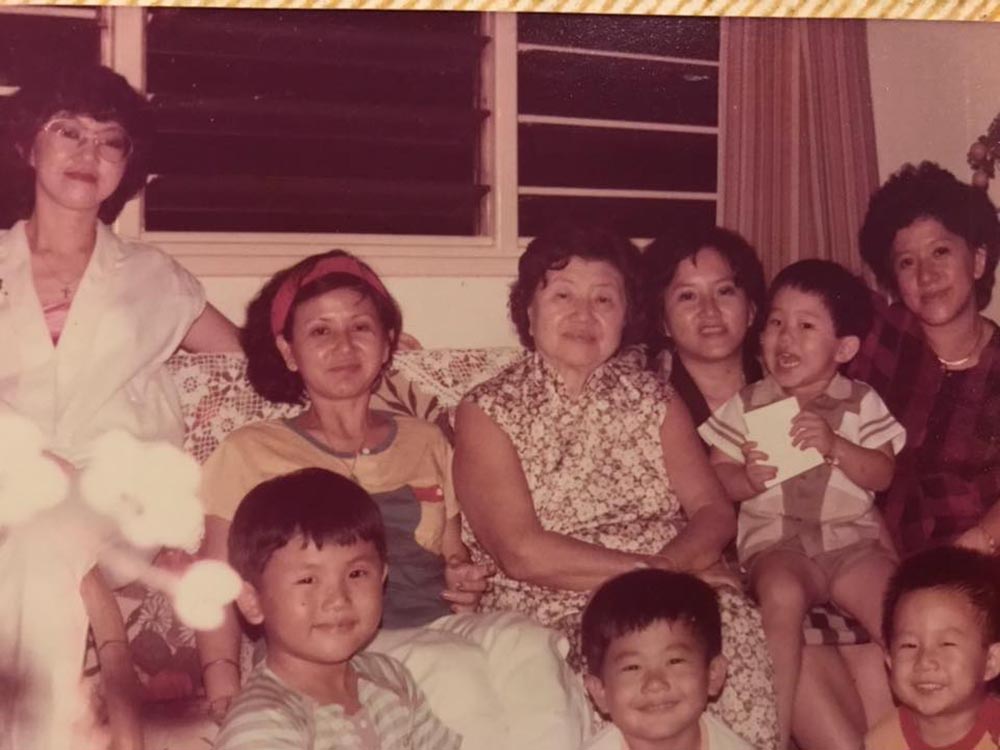 This is not to say that everything is fine and dandy: they still subscribed to patriarchal ideals. There was certainly trauma as my mother negotiated the limited space at home, witnessing the love affairs between her parents, as well as navigating familial dynamics as one of its youngest member. I guess all these experiences translate to the desire for me to have the best possible life. She was strict with me in my studies and tried to give me an early start, choosing mission kindergartens as she felt that the standards are higher. Interestingly enough, for the recent Reading Room session hosted by Mok Cui Yin, she chose the book Sugarbread by Balli Kaur Jaswal, which tickled me with its description of how mission schools appear to have that sort of reputation.

How I developed O as an artistic framing device for exploring the meanings of domesticity came in a roundabout fashion. Initially, the project began as a study on the performativity of gender identities, but it eventually crystallised into something more fundamental. Through a collage of storytelling, abstract movement, sound design, sculpture, and lighting design, developed with my collaborators Alfonse Chiu, Jing Ng, Tay Ining and Liu Yong Huay, it became this study of the histories of my body interposed with my mother’s as viewed through the lens of the domestic space.

2. I understand that this project started development in 2018. Could you share a little bit about the initial idea or version? How did it grow to take the current form, which includes a series of reading circles and an interdisciplinary presentation? What are some of the influences contributing to its current form?

The initial project was titled Auditory Intimacy, and it drew on my interests in the affective qualities of sound and its potential to tap into our subconscious and personal memories.

During that period, I was also influenced by readings and conversations about ways of seeing, particularly referencing Berger’s text, the female gaze, and reading the situation in context, etc. That was when I invited Tay Ining to join the project as an artistic collaborator, as I saw her work as a sculptor and visual artist working with metal and felt a connection with what she sees and how it translates into her work.

In Auditory Intimacy, through repetitions of spoken dialogue between Maggie Cheung and Tony Leung as they rehearsed a script for a potential confrontation with Cheung’s character’s husband in Wong Kar Wai's In the Mood for Love, I wanted to survey my own fidelity to the performance of gender while finding a way to let the scenography have a life of its own.

It is after materialising this experiment that I realised that it was necessary that the performance be durational. By staging it as part-installation and part-performance, the audience ended up going for the performance but not spend time with the scenography that was made with the intention of conveying nuanced textures. After Auditory Intimacy wrapped, I had some time in between to research and chanced upon a text by Kalene Westmoreland where she "examine[d] texts and discourses about feminisms, domesticity, and the meaningful connections between these concepts." It was quite a seminal text for me and formed the basis of 10 Daughters. Through conversations with my dramaturg and curator Alfonse Chiu, we decided to frame the various performative research that I've done as O, which functions as both a kind of conceptual hub and the lens to view domesticity in its various contexts. Starting from the context of the personal, it then developed into an exploration of expanded notions of domestic space, and the grey areas in between. 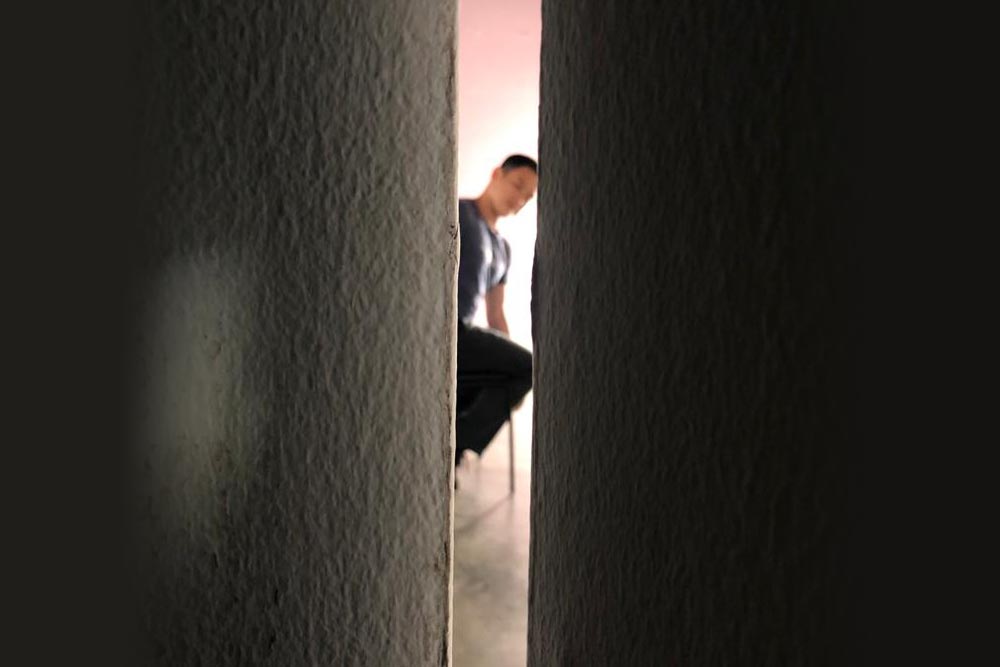 3. The presentation venue is a site with multiple identities — a former church, a historical building and an art gallery. How does it influence or inform the work? How would you imagine the work could respond to this unique space?

We had a one-week residency at the space prior to the coming staging, and it was a calming and revealing experience. The sun would spill in through a round window near the ceiling into the space, and the refracted light would slowly make its journey from the floor to the wall. Meanwhile, filtered street sounds infuse themselves into the atmosphere, creating a natural distinction between what is in and what is out. While the idea of separation connotes a private space naturally, it does not undo the fact that the chapel still holds the notion of a public space. For me, this mirrors how while a domestic space can be considered private, it can never escape the fact that the environment will affect it.

4. Is 10 Daughters a ‘summary’ of O ? Is it a closure of your exploration of the topic?

I think it is a good chapter… I'm looking forward to figuring out the rest of the book.

5. What do you think or feel is the gender of ‘theatre’?

Haha, for me, it depends on who is making it and who they identify as. 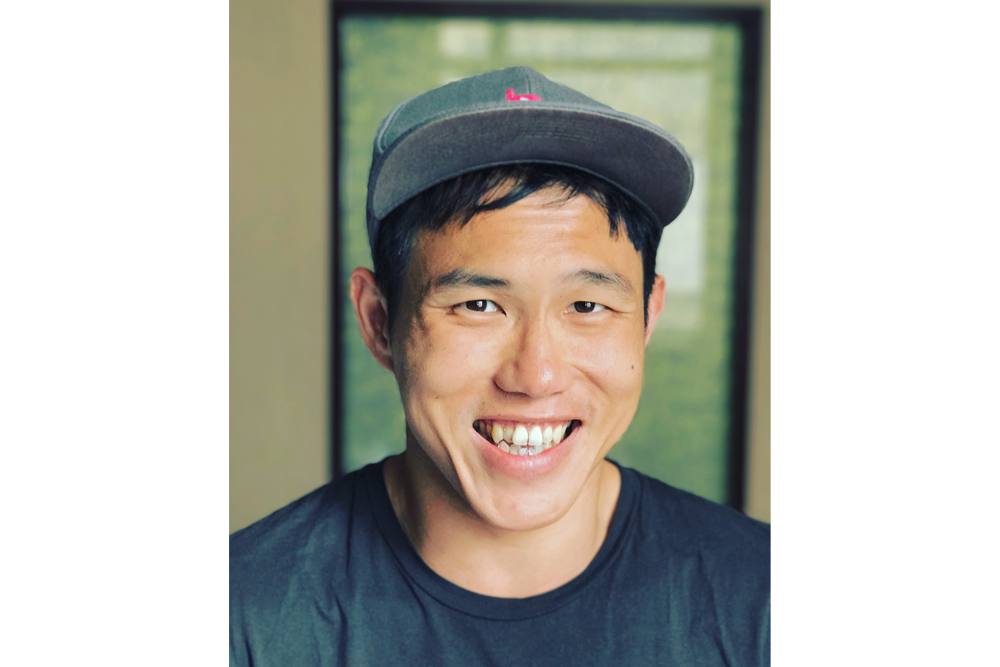 About the artist
Jereh Leung (he/him)’s practice, predominantly performance-based, seeks to evaluate and reframe gender identities under patriarchy. Trained in dance at the Nanyang Academy of Fine Arts (Singapore) and Salzburg Academy of Experimental Dance (Austria), he creates visceral landscapes by merging different mediums such as body, sculpture and sound. He has performed with Singapore artists and companies including Bani Haykal, Choy Ka Fai, Daniel Kok, Drama Box, Frontier Danceland, The Necessary Stage, and T:>Works; and internationally with artists such as Isabelle Schad (Germany) and Xavier Le Roy (France/Germany). O is his first full independent creation after The Cold that Creeps In with a Thousand Cuts (2016).