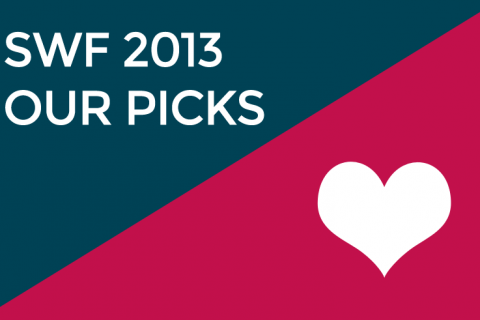 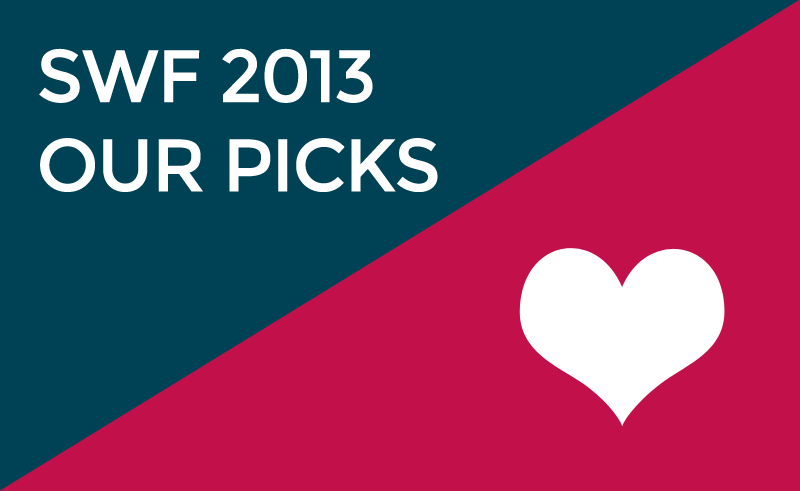 There was great anticipation for one of F. Scott Fitzgerald’s most controversial novel – The Great Gatsby. But the intense passion lost heat almost immediately after Baz Luhrmann’s version got dished out onto the big screens. What happened?

The beauty of Fitzgerald’s written work lies in the inherent tension between two mutually exclusive concepts: illusion and reality. This dichotomy was cleverly veiled and camouflaged within the opulence of the Jazz Age in New York of the 1920s – Ugliness nested within beautiful mansions; pristine Daisy Buchanan, decked out in pearls, committed murder due to her carelessness and selfishness. When this extravaganza was splashed across the screen in plain sight, for all to see through this conflicting concept of illusion and reality, the beauty got lost.

This year, the Singapore Writers Festival (SWF) presents an ensemble of dichotomies: love-hate, war-peace and imagination-reality. Get ready to explore the beauty of dramatic tensions inherent within these binaries, embodied in the theme of Utopia/Dystopia.

What makes an ideal society of Utopia or would any intentions of making idealistic claims inevitably amount to a Dystopia as in Animal Farm?

Singapore has arrived at a fork road in nation building. It seems that major changes towards progression for our country has been mainly hardware. On the other hand, we are struggling with issues of the heartware in our education system. Are they mutually exclusive? How can we achieve a balance for the good of the nation? Which direction would our progression skew towards?

Surely, the future lies in change. Some demand regime change, others are empowered by progressive ideas. Come down to SWF Panel Discussions and Lecture to explore opposing ideologies and contribute to the array of perspectives. Then, hopefully, we find a point of equilibrium between the two.

Here are our picks:

Renaissance/Dark Ages
Is dystopia a place where no one studies – and appreciates – good literature? What do writers and publishers think? Maybe it isn’t the end of the world that literature students are on the decline in Singapore after all. Come join the first panel of SWF! (Yes, you need to have a Festival Pass.)
Moderated by: Eleanor Wong
Featuring: Alfian Sa’at , Goh Eck Kheng, Jennifer Crawford

Food Chained
This panel looks at the tension between authentic food traditions and the commercial pressures of mass production. In urban Singapore, a major importer of agricultural products, how dislocated and desensitised are we from the farms and farmers who produce what we eat?
Moderated by: Daniel Chia
Featuring: Audra Ang, Christopher Tan, Leong Lai Peng

Oliver James
Welcome to this insightful session with one of the UK’s most celebrated psychologists. The world we live in is fraught with a thousand and one woes – from the pressure to keep up with the Joneses to toxic colleagues, from navigating real and apparent viruses to planning for parenthood. Is it possible to still be happy today?
Moderated by: Dawn Yip
Featuring: Oliver James

A Good Life in a Bad World? by AC Grayling
How should we lead our lives? What are the possibilities of living good lives in modern societies? Passionate, erudite and always accessible, leading philosopher AC Grayling promises an illuminating lecture on how we live, how we treat one another, and our interactions with the world at large.
Moderated by: Kwok Kian Woon
Featuring: AC Grayling

Spicy Tales and Sweet Endings
Our experience with food is deeply personal, yet inextricably linked to culture and notions of home. In this session dedicated to food memoirs, our writers talk about their food journeys, and the juicy and spicy details they uncovered about the self and society.
Moderated by: Sylvia Tan
Featuring: Audra Ang, Aziza Ali, Sharon Wee

Poetic Interventions @ Singapore Biennale Sites
Sculptures beautify, poetry speaks. If poems could intervene, what would they say? Join five performers as they take you on a poetic journey around the civic district as they dialogue with the Singapore Biennale installations. Poetry from both international and local poets features in this programme conceptualised by theatre director Jeffrey Tan. Please wear comfortable walking shoes.

Brave New Animal Farm by Adrian Tan and Gwee Li Sui
Obama, Tahrir Square, Occupy Wall Street – surely, the future lies in change, in the way people interact and think as a collective force. Some demand regime change, others empowerment through progressive ideas. But what if all these actually change nothing and prove neither brave nor new? Revisit two literary classics, Aldous Huxley’s Brave New World and George Orwell’s Animal Farm, with rabble-rousing writers, Adrian Tan and Gwee Li Sui, who will show once and for all why “four legs are better than two”! Revolution, anyone?
Moderated by: Selena Tan
Featuring: Adrian Tan, Gwee Li Sui

Two, Three or Four Stars?
How do food reviewers master an interesting voice to draw in readers? Join this panel of food writers and discover what cliches to cut when writing about food, glorious food. They also describe the vocabulary and accompanying visuals that best stimulate interest… and salivary glands.
Moderated by: Aun Koh
Featuring: KF Seetoh, Miss Tam Chiak, Wong Ah Yoke

Ma Jian’s novels – known for their hard-hitting commentary on modern China, laced with biting wit and absurd comedy – can make for disturbing reads. His latest novel, The Dark Road, is a polemic work of fiction about China’s one-child policy. Hear more about his new book and the undercover research he undertook.
This session is in Mandarin.
Moderated by: Ting Kheng Siong 郑景祥
Featuring: Ma Jian 马建

Claire Tham
Known for her stories of rebellion and insight into complex, difficult characters, celebrated Singaporean author Claire Tham returns with a much-anticipated novel that appears to be a crime novel at first, but turns out to be a searing examination of the recent changes in Singapore’s sociocultural landscape. Moderated by Festival Director Paul Tan, this session will see Claire reflect on her successful literary journey and the inspirations for her new work.
Moderated by: Paul Tan
Featuring: Claire Tham

On the Dirt Road to Dystopia
Nadeem Aslam and Kim Young-ha talk about how the brutal Afghan war and the politics between North and South Korea play out in their works. Closer home, Audrey Chin tracks a Vietnamese man’s struggle to escape a life torn apart by war. How do protracted conflicts bring out the best and worst in humankind?
Moderated by: Stephen McCarty
Featuring: Audrey Chin, Kim Young-ha, Nadeem Aslam

In a globalised world of commoditised culture, the fight for independence remains a daunting task for writers and artists. Can society still have space for independent thinking, free from any political affiliation or the laws of the market? As the West continues to be plagued by the economic crisis, perhaps the East provide a fresh take on culture and ways of thought. How can contemporary literature and the arts tear themselves from an outmoded utopia to bring about thought-provoking revelations and new expressions that will move one to the core? These questions and more are raised in Gao Xingjian’s lecture.
This lecture is followed by the world premiere of his third film Requiem for Beauty, an invocation for a new era of cultural renaissance.
Moderated by: Quah Sy Ren
Featuring: Gao Xingjian 高行健

The Reluctant Fundamentalist
Based on the bestselling novel of the same name by Mohsin Hamid, this political thriller follows the life of Changez, a Pakistani man and Princeton graduate on his way to fortune and glory on Wall Street, as he finds hisamerican Dream morphing into a nightmare after 9/11. The film tackles the powerful themes of home and exile, of conflicting ideologies and loyalties.
SWF Featured Author Mohsin Hamid will be present for a post-film dialogue.
Director: Mira Nair | Cast: Riz Ahmed, Kate Hudson, Liev Schreiber| 2012 | 130min | US | Rating: NC16 | In English and Urdu, with English subtitles
Featuring: Mohsin Hamid

Been There, Done That
Bitten by the travel bug but chained to your desk? You can find an outlet for your wanderlust. Live vicariously through the eyes – and pens – of these globetrotting adventurers who have crossed experiences like tasting rotten shark meat, tango-ing on the streets of Buenos Aires and stargazing on Lake Tekapo, off their bucket lists.
Moderated by: Pamela Ho
Featuring: Hu Wei, Lee Siew Hua, Rodney Ee, Sim Siong Chye

Dancer in the Dark
The third film in Lars von Trier’s Golden Heart Trilogy after ‘Breaking the Waves’ (1996) and ‘The Idiots’ (1998), this musical-drama centres on Selma, a Czech immigrant to the US, who seeks refuge from life’s hardships in classic Hollywood musicals. Its soundtrack was written mainly by Björk, with contributions from Mark Bell and lyrics by von Trier and Sjón. Premiering at the 2000 Cannes Film Festival, the film was awarded the Palme d’Or, along with the Best Actress award for Björk.
SWF Featured Author Sjón will be present for a post-film dialogue.
Director: Lars von Trier | Cast: Björk, Catherine Deneuve, David Morse | 2000 | 140min | US | Rating: PG | In English
Moderated by: Yeow Kai Chai
Featuring: Sjón

Bonding with Your Child through Storytelling
It’s bedtime and your child says, “Tell me a story!” Do you feel lost for words? If you’d like to make your child happy but aren’t sure of the best way forward, let Roger Jenkins show you how in this highly participatory session where you’ll learn to become more expressive and adept at engaging your child. Discover how to share personal stories, and learn the different ways of adapting stories to suit your child’s development.
Featuring: Roger Jenkins

Closing Debate – This House Computes that Singaporeans are Illiterate Robots

It’s that time of the year again for the much-anticipated Closing Debate! Two teams of the smartest and wittiest participants of the SWF square off over the very soul of Singapore. Tongue firmly in cheek, they’ll debate the motion: This House Computes that Singaporeans are Illiterate Robots. With bookstores facing challenges and (apparently) fewer appreciators of literature, are we turning into a nation of bean-counting robots? Or is the populace more well-read than we give it credit for? Get set for an invigorating evening of verbal thrust and parry, and a whole lot of irreverence, as we close the Festival on a high-spirited note!