[Review] The Nutcracker – A tale of snowflakes, cute mice and a growing Christmas tree 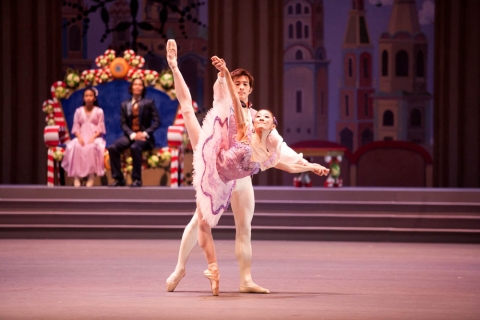 It was a wet and rainy evening, just like how the rest of the week has been. The chilly weather added to the feel of a wintry season that we are missing in Singapore, complementing the Christmas light up along Orchard Road. And the cherry on the topping? Getting to watch The Nutcracker! 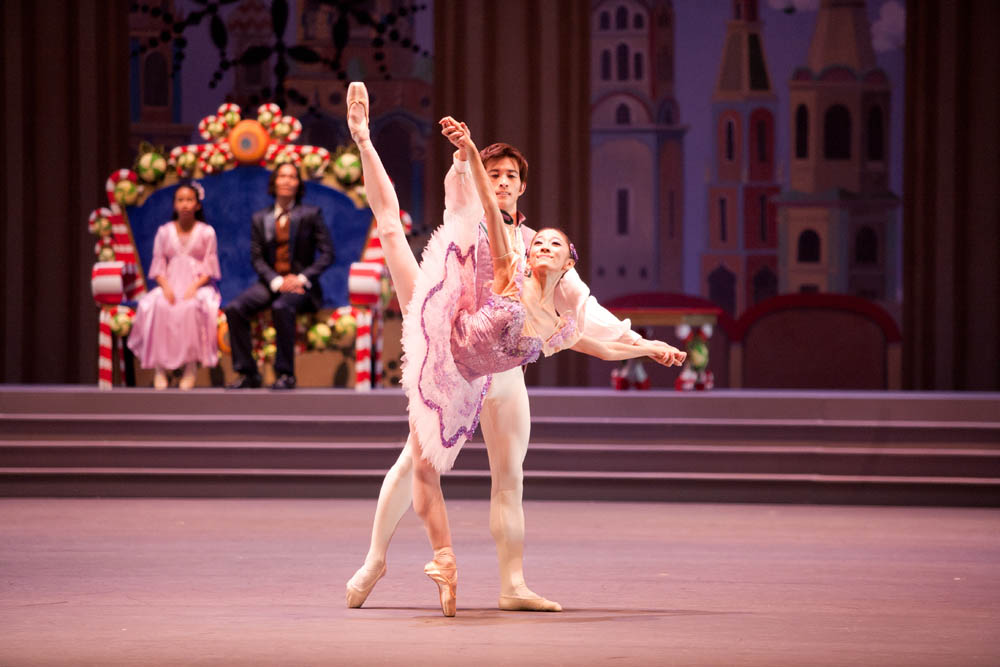 Traditionally, The Nutcracker has a European setting where Clara and her brother, Fritz, are in a party, hosted by their parents. Clara received a nutcracker for her present, which was later broken by Fritz. But their guest, Mr Drosselmeyer, magically repaired it. When she went to take a look at her doll later that night, she found herself in the midst of a transformation in her living room: the Christmas tree grew so tall that it has touched the ceiling; there was a King Rat that was as big as her too! The Nutcracker Prince, who came to Clara’s rescue initially, was in turn rescued by her when she used her shoe to defeat the King Rat. The Nutcracker Prince then invited Clara to travel to the Kingdom of Sweets, passing by dancing snowflakes along the way. They attended a party, thrown in honour of Clara, hosted by the Sugar Plum Fairy. Clara then woke to realize that it was all just a dream.

This year, Singapore Dance Theatre (SDT)’s version of this well-loved tale comes with a twist: The story took place in the early 1900s of Shanghai instead. The distinctively Asian feel of the costumes and the backdrop was an interesting sight to behold, especially the shop lots during the “Prologue” and the living hall in Act One.

The Sugar Plum Fairy, rendered by the lovely Rosa Park, was simply delectable. Her courus grazed the floor as she travelled across the stage, into the strong arms of her Prince Consort, Kenya Nakamura. Each of her developpe unfolded with much grandeur to the celesta notes of Tchaikovsky’s Dance of the Sugar Plum Fairy piece. Nakamura, a technician himself, excited the audience with his delightful pirouettes and grand jetes. His four comrades displayed wonderful elevations, and were particularly entertaining during “The Party” in Act One when they flirted and danced with the guests. 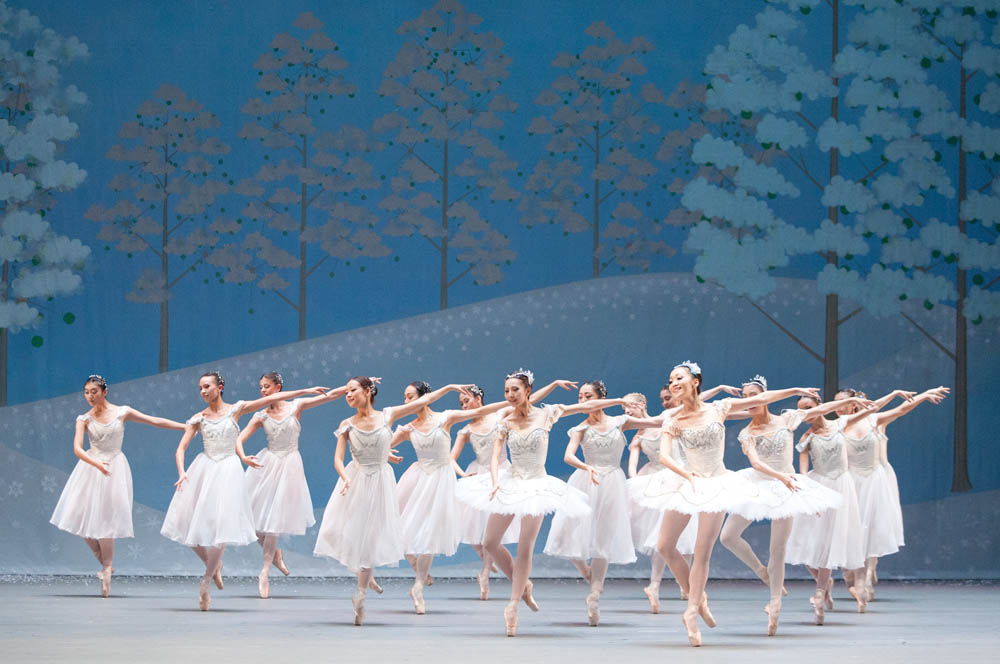 Over the years, SDT’s corps de ballet has grown in technical excellence and synchrony. It was a joy to watch the snowflake dancers in Act One, Scene Three – “The Land of Snow”. They depicted the flurry, gentleness and splendor of snowfall to great precision, creating a magical scene, transporting the audience into their winter wonderland. The production team did a great job executing the effect of the snowfall at the end of Act One, creating a perfect finish. Perhaps, that is why my fiancé, who is not educated in ballet, proclaimed Act One his favourite part of the dance.

I must also mention that the cute little mice have stolen the show during the heated battle between the soldiers and the mice. They were naughty, yet adorable as they bullied the soldiers into submission. I believe the production this year struck closer to our hearts as we hear children in the audience aweing in joy too. The show would have been lovelier if a live orchestra had been present. There is a striking difference between playing a CD and having a live orchestra – the latter breathes more life into the performance.

During the intermission, I saw many aspiring little ballerinas twirling around in their imaginary tutus, calling out for attention from their parents to watch their imitations. I suppose this is why hearty performances like these are crucial in inspiring the next generation to embrace the art form with similar passion and commitment to excellence. If you ask any of today’s prima ballerinas, most of them would divulge that they have watched a great performance when they were young and decided, there and then, their career paths for the rest of their lives. 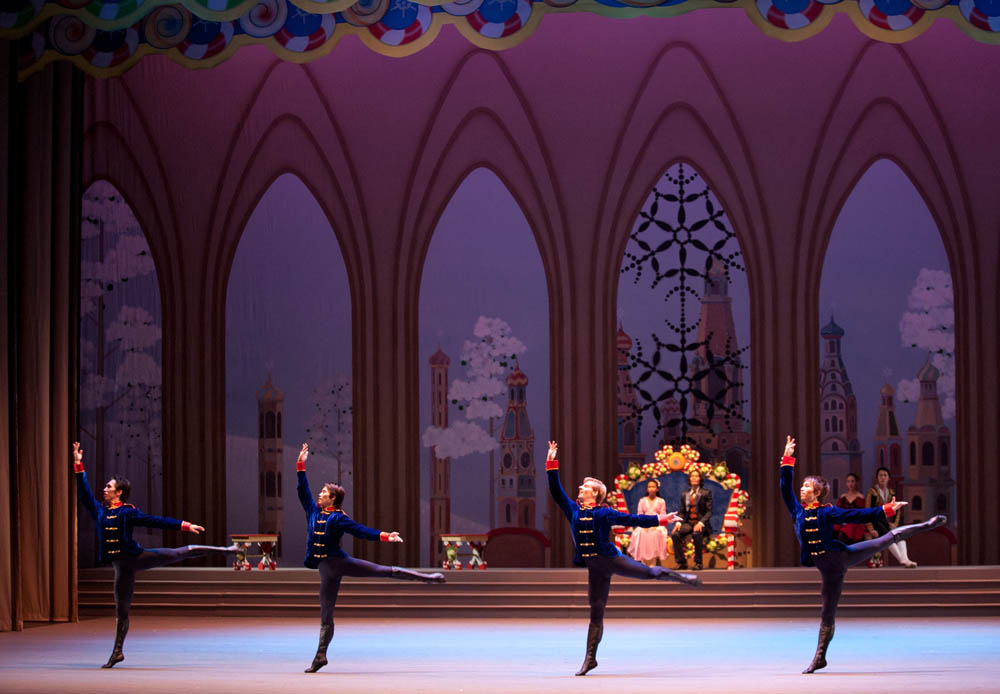 The Nutcracker was performed by the Singapore Dance Theatre from 4 to 8 Dec 2013 at the Esplanade Theatre.