[Review] Time Between Us – An Aftermath 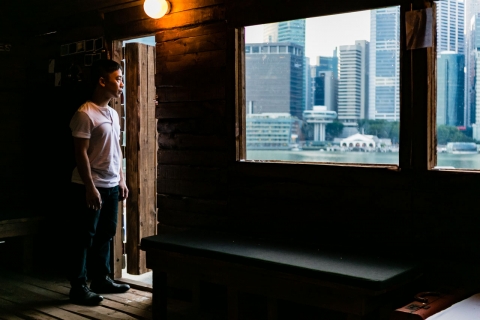 I did not enter the house expecting an “immersive theatre experience”. I thought I would be out of place – an intruder of the house, an onlooker. But when Oliver Chong closed the petite door to the house, and chalked “I open up. I am behind my perceptions.”, I was sold. 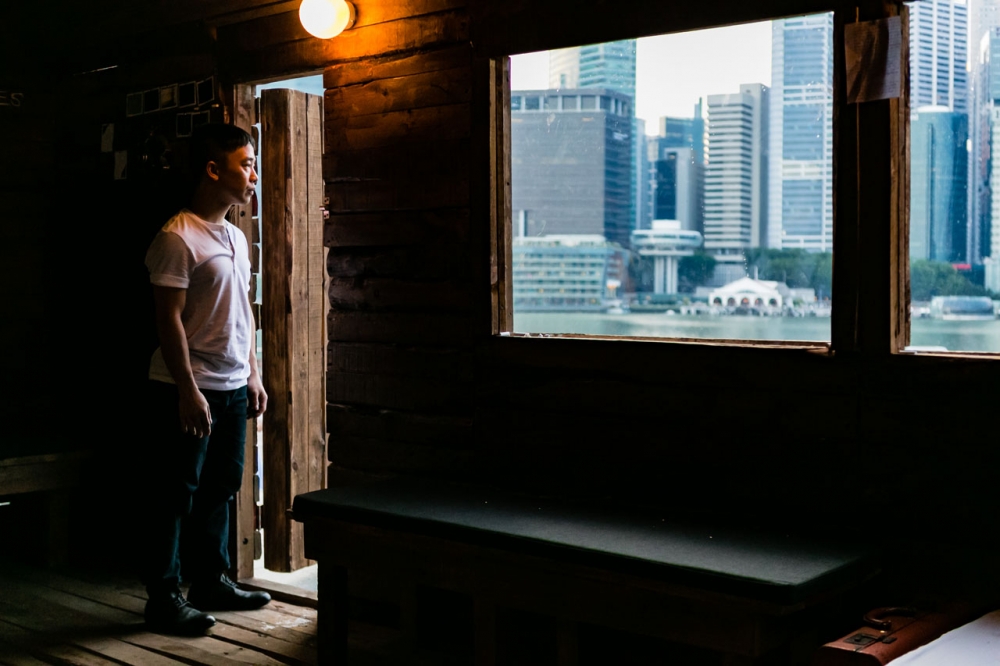 It was not so much a “storytelling” session. It was more like a poetic, emotional outpouring. His lines talk about the temporal dimension of the house, the temporariness of his status here. (Here? Is he here? He questions his existence.) He speaks in sync with the house, as if it were a living thing, and they are in a symbiotic relationship. He moves around the inside of the house, pausing at precise spots at pre-determined moments, where his lines will meet with the texts scribbled on the floor or the walls. He allows us, the passersby, in on his secret, like when he turns over a few logs on the ground and takes out a letter. He reads it, an audience reads the latter half for him, but he finishes the story himself.

There is a Wong-Kar-Wai moment, when he finally quiets, and plonks himself down on a smaller wooden bench, and smokes. His energy seemingly exhausted before this pause, but he reclaims it with every deep breathe he takes. The cigarette flares bright and burns quickly. I have a revelation that the cigarette is him – Oliver Chong, the artist, the owner of this house, a temporary identity that may cease in five days. Or it might not. 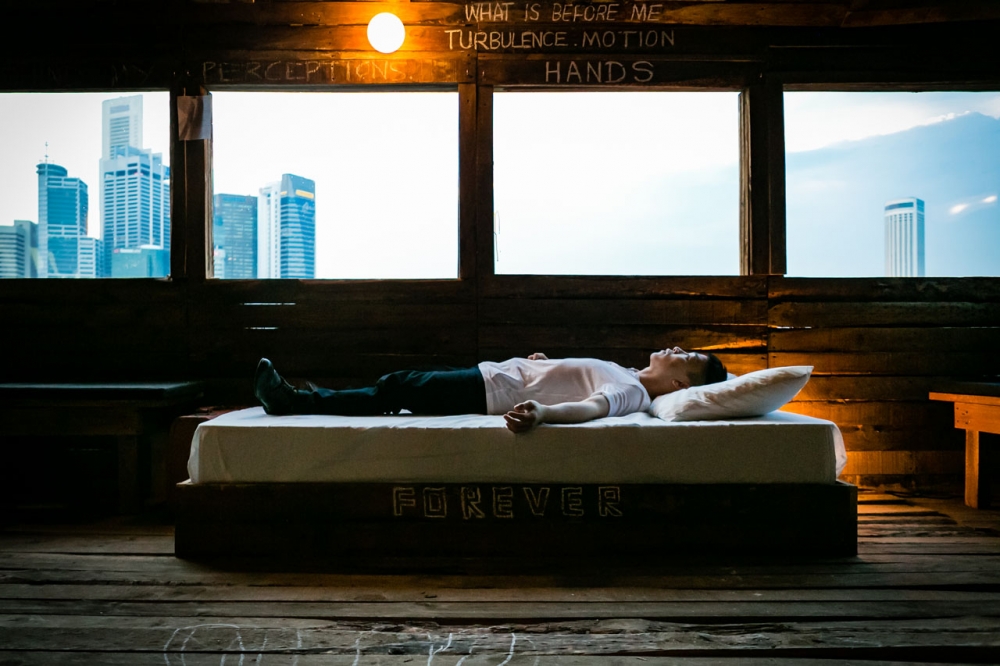 Anyway, I found myself drawn to the situation, hoping that the story will go on forever. We can all be trapped in this little room, completely oblivious to the throngs of Pokemon-fanatics who have overwhelmed this promenade. Alas, all good things must come to an end. He leaves me with a truckload of questions – as much as I could hold in my tiny head. I haven’t had time to wrap my head around them yet, then I found him standing on the roof of the wooden cabin. I walked back to the window to see the rest of his “play”, and found myself unknowingly standing in the same spot I was before, looking at him wiping his face on the bench – exactly how I found him when I first arrived here.

That was the Time Between Us. 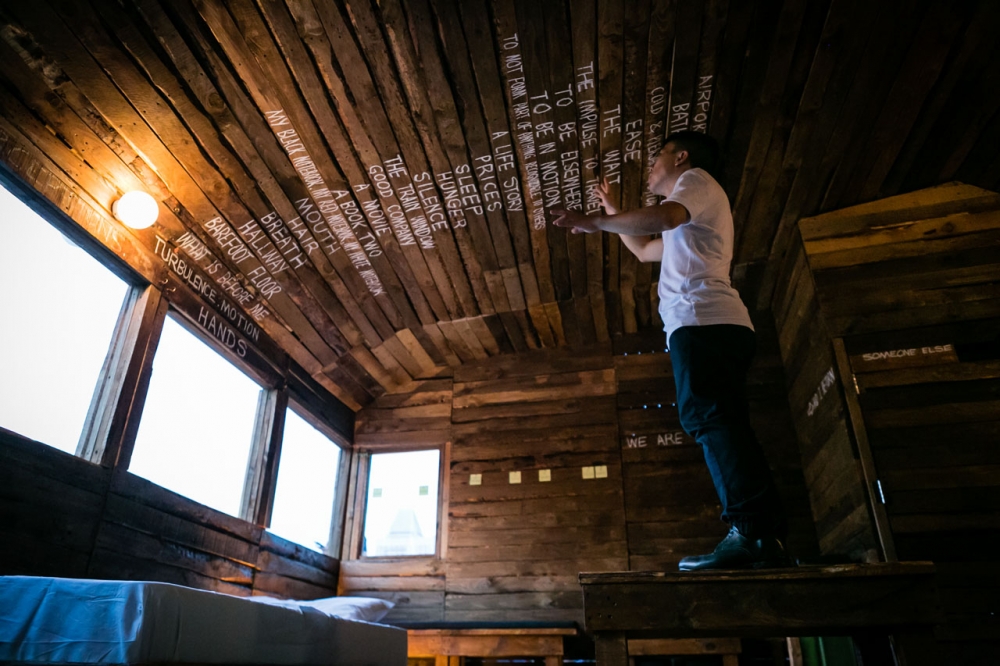 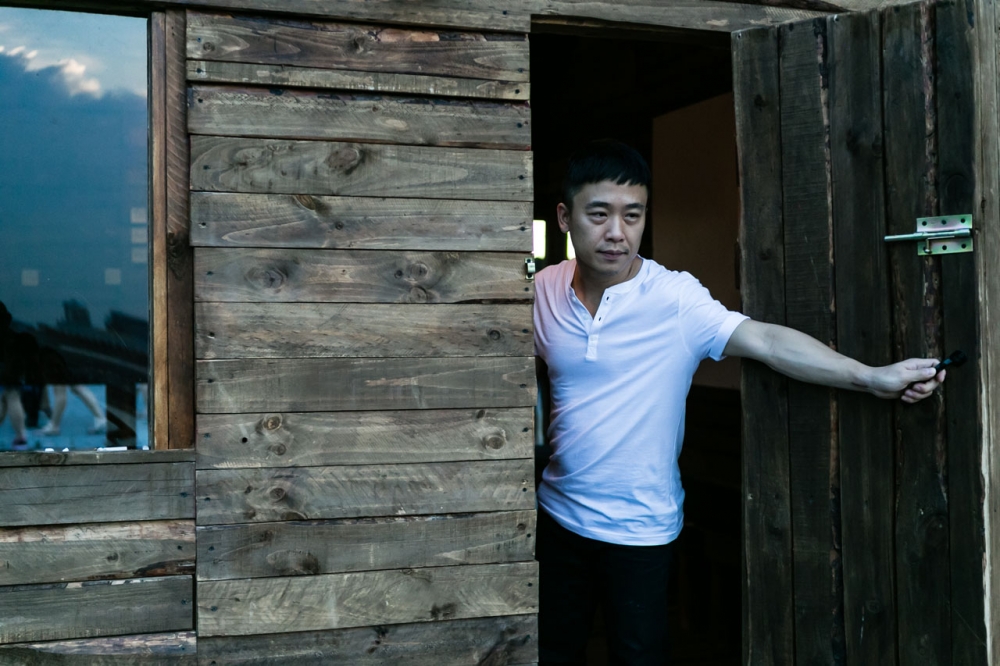 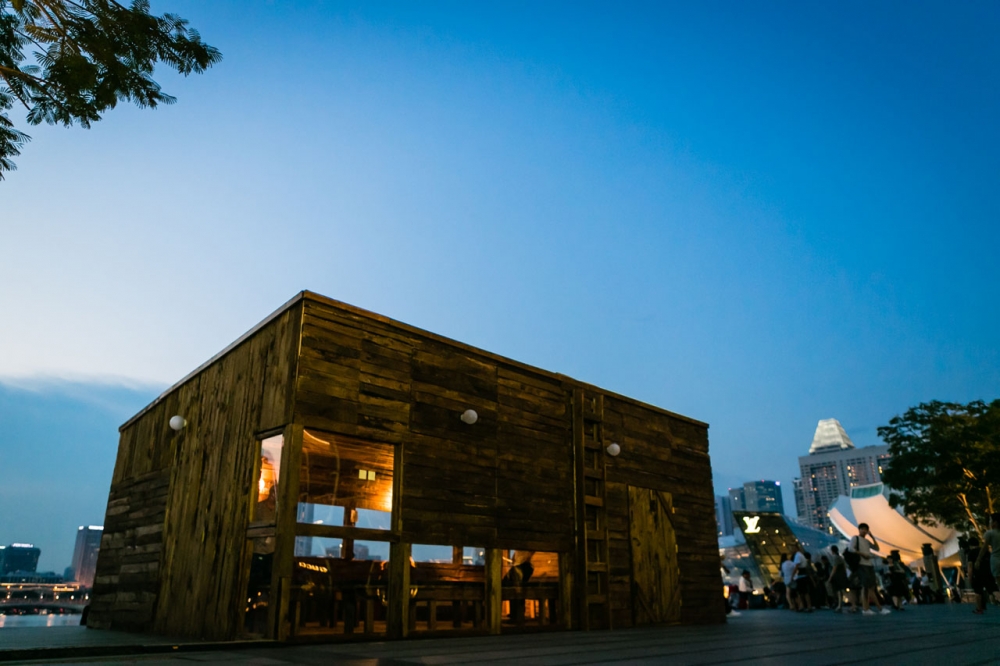 Time Between Us
part of Singapore International Festival of Arts (SIFA)