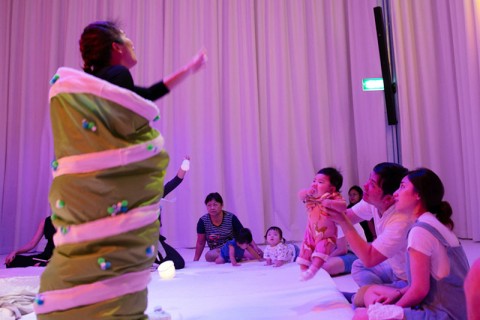 Playing at The Artground at Goodman Arts Centre, You Can Reach The Sky is produced by The Wanderlings. It is about the journey of a dandelion and its desire to reach the sky.

Once we enter the space, we are greeted by a huge mattress lying in the middle of the space. We sit around the mattress with others. There is an installation in the middle and that’s exactly where the play is taking place. It is ideal for the age group 0-24 months old where they are allowed to flip, roll and crawl all over the mattress. 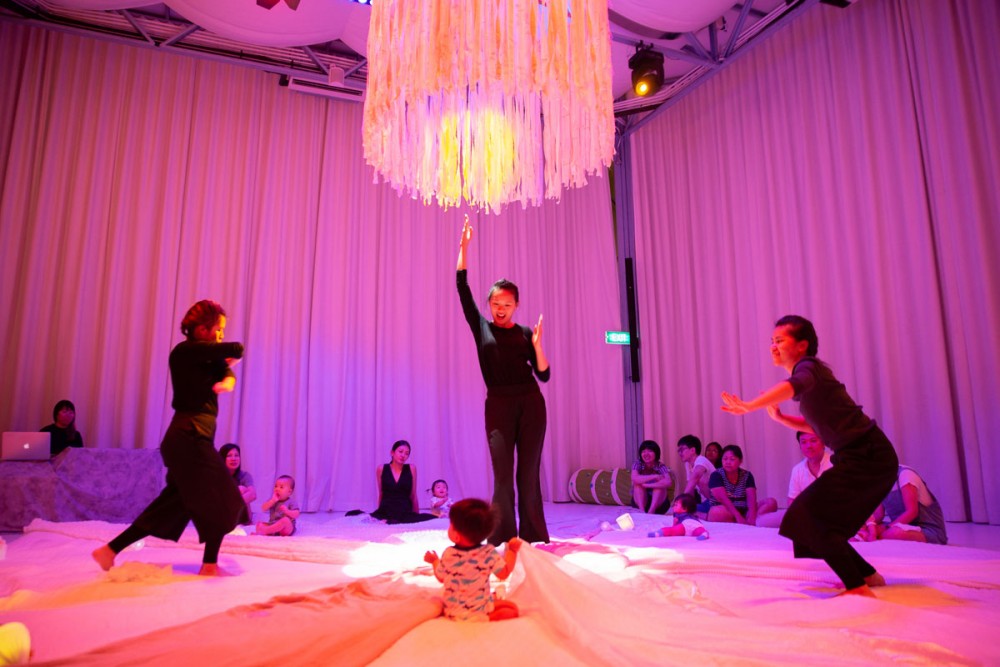 The lights dim and the performance starts with three performers opening and closing fans made of corrugated paper, creating waves. Don’t worry if your little ones are moving about (or not moving at all), because the performers will come to each and every child. The babies look mesmerised by the sounds of the accordion paper fans as they open and close above their heads.

The performers use familiar items which can be easily found in most household. You will be surprised at how your babies, who may be unable to focus on an activity at home, are able to follow this 30-minute long play. Using lights, textures, sounds and visual, the performance manages to capture the babies’ attention. The narrative may be abstract but the little audience members are enjoying this fully sensorial experience. The items used during the performance such as lighted cups (illuminated cup wrapped with cloth — totally safe), bubble wrap, silk, chiffon, woven cloth and pegs are left on the mattress for the little ones to freely explore.

With the changes in lighting and background music, both young and old audiences are transported into the different moods of the play via their imaginations.

There is a scene where one of the performers wriggles through a green tunnel that seems to represent a garden caterpillar. Another scene expresses the joy and freedom of the dandelions like two lions chasing each other on stage. Quickly, the mood escalates to one of danger. The music changes into a fast paced one. The set is bathed in red light. This is where the dandelion meets with obstacles and struggles to fight for survival. The music then slows down and the dandelion starts dancing with the flow. Yes! It has overcome the obstacles, dancing high up, reaching the sky, seemingly represented by the draping mobile. (Some of you might have missed the mobile since it was hanging from above, out of our sight line.)

Even if you had no idea what is going on, your littles one will constantly be enticed by the props. At the end on the play, we are given 10 minutes to play with all the props — this shows how baby-friendly they are. 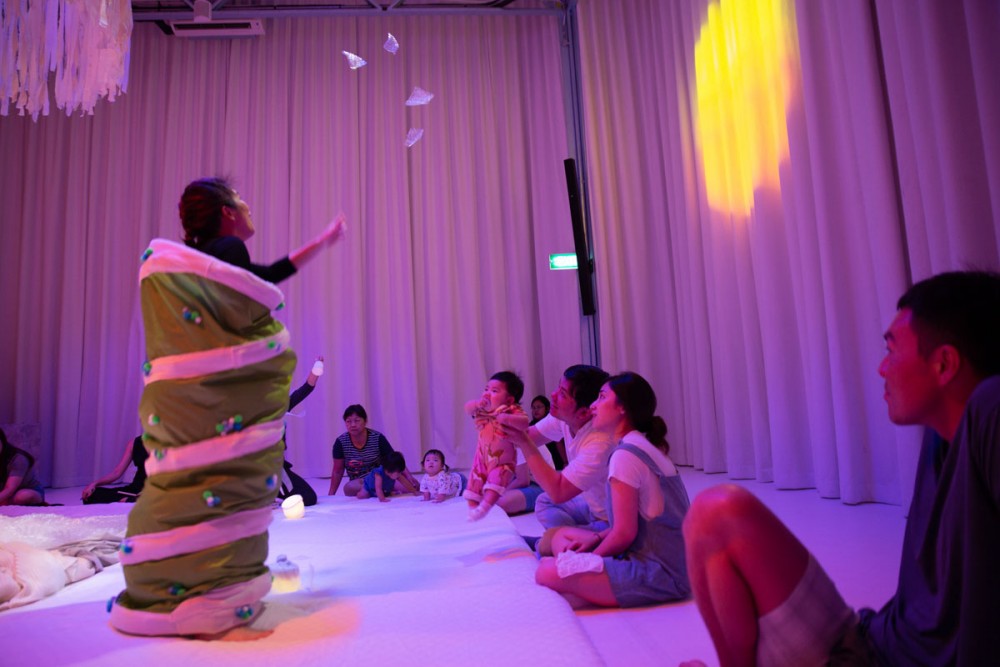 Gerrard brings his favorite monster truck to the play. During the 10 minutes where they could freely roam about and explore, I am so surprised that he actually plays with the prop (clothed illuminated cup) purposefully. He places his truck onto the cup, gently rocks it, and when it exploded he bounces backwards and flicks the cup and his truck in the air! He laughs at his fallen truck “Oh no!”.

I think my son has directed a short(est) play by himself after watching the performance.

I bring Acacia to the cloth that I think is under-utilised. I emphasise to her the sheerness and the texture, she quickly rolls herself into a popiah and plays peekaboo with me using the sheer and opaque side of the cloth. Me: Another director in the making. (Lol.) 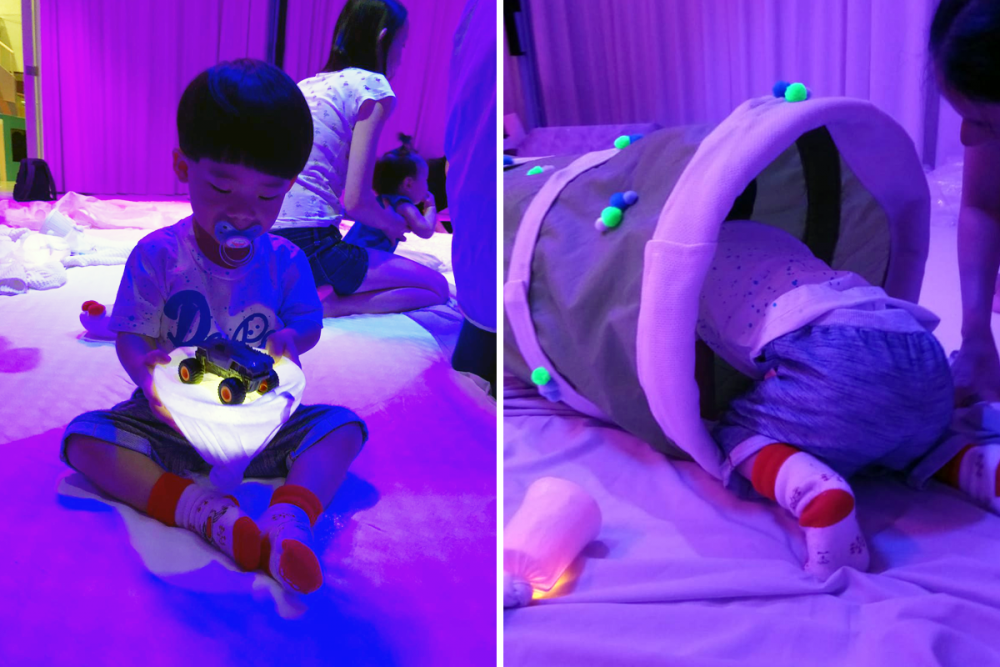 I love how children’s theatre can stretch their imagination: You are never too young to enjoy a play (or to direct one).

About the reviewer:
Agatha is a full time working mummy with two terrible twos: Acacia the chilli padi and Gerrard the greedy buddy. When she’s not at home dealing with their aftermath, she is taking care of other young things in an early childhood institution. The twins’ antics can be found at @choochootwins.