[Review] Those Who Can’t, Teach draws back the curtains to reveal ironies and sacrifices 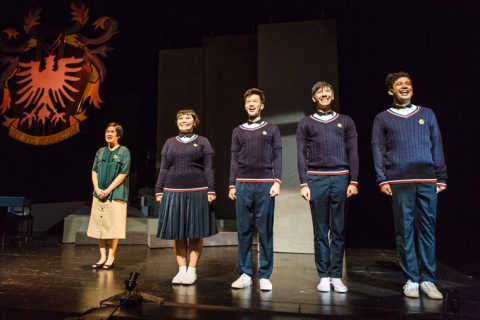 The show has already started before the curtains open. Sitting two rows in front of me, a young lady looks in my direction, gesturing with her two fingers to her eyes repeatedly, saying “I’m watching you”. I turn around and find girls in pinafores, trying to whisper, with little success.

Watching this play brings back bittersweet memories of an unfulfilled ambition. I was once in her shoes, dealing with students from the Express and Normal Technical streams. Interacting with students outside of class and planning differentiated lessons for them are the happiest part of teaching. But sadly in reality, the time we can afford for these ‘immeasurable milestones’ is minimal, and at a cost. 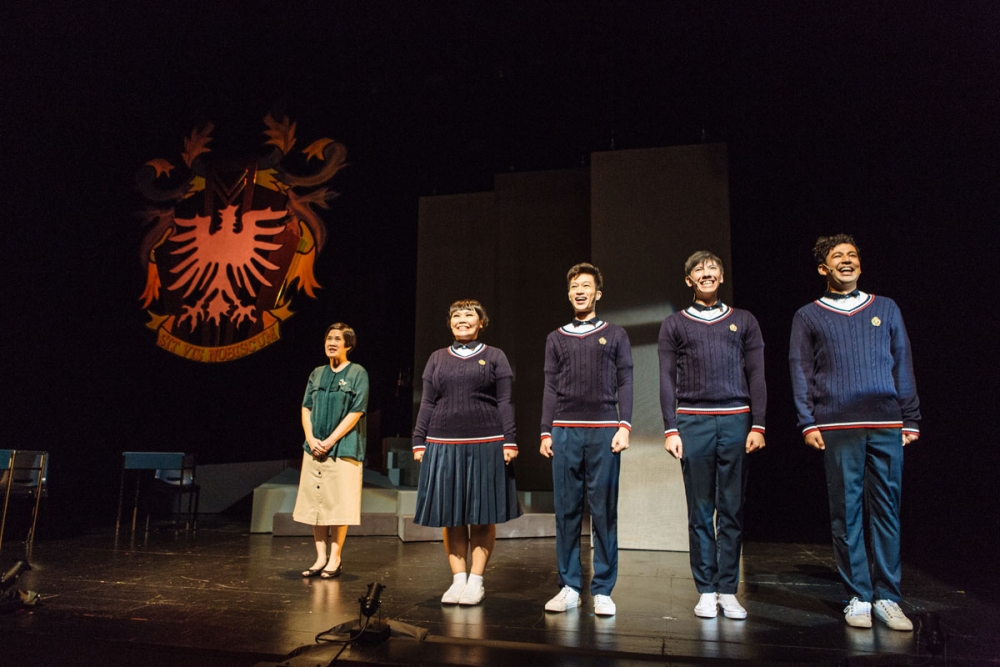 Those Who Can’t, Teach portrays the emotional struggles of teachers and students eloquently. The playscript has been heavily revised from the 1990's version to reflect up-to-date issues that concern the teaching force. Structures and amenities revolving around schools have changed over the years, so the focus of the script shifted away from the noisy construction happening in the school premises to the discrepancy between the values of an educator and its pragmatic role. But fundamental necessities like buying discounted toilet papers, the camaraderie between students, the public-private lives of teachers, and the love a teacher has for her students remain.

The curtains open to reveal a realistic set of office furniture: grey cubicle desks, metal drawers and letter trays. Stage light falls on the tapestries hanging down overhead, casting shadows of palm leaves, reminiscent of a teachers’ staffroom in the late afternoon. The furniture sits on varying inclined planes of a rotating platform that forms an interesting landscape for the different scenes, allowing for very quick and efficient changes of scenes. 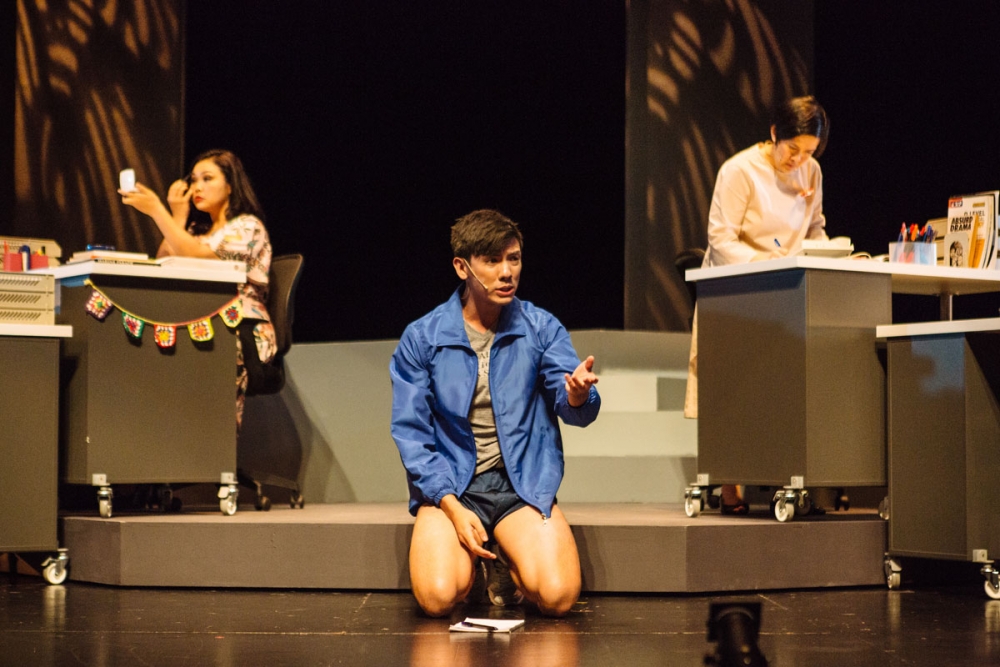 Just reading the playscript does not reveal how the characters could overlap on so many levels. When the cast of teachers took on their alter ego roles as students, the parallelism between the two universes strikes me. Superimposing these two sets of seemingly dichotomous roles acts as an unexpected commentary to the play. 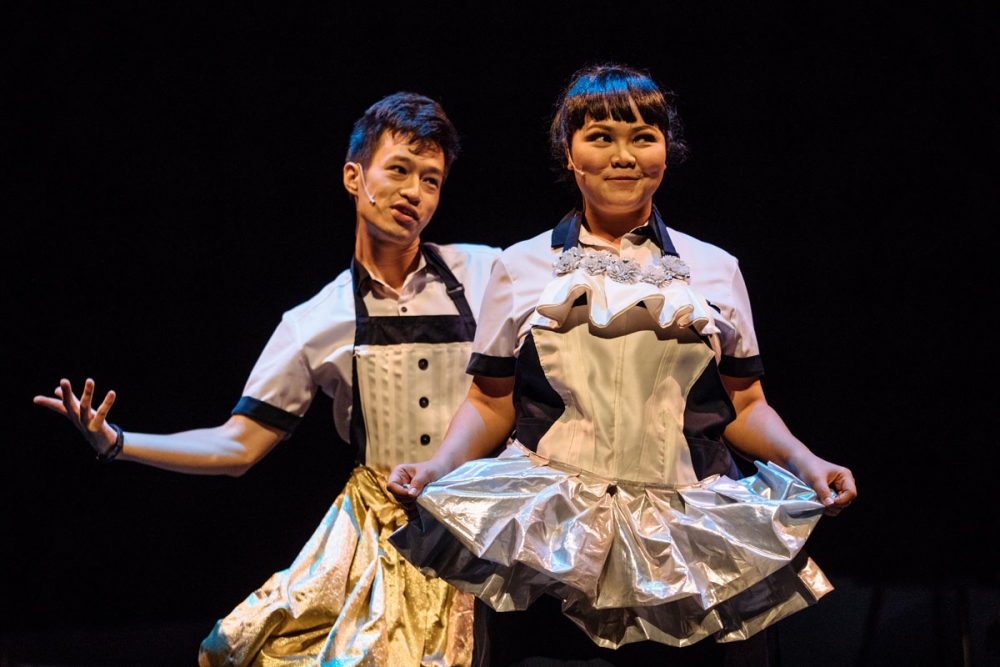 In the same slant, we can read Ghafir Akbar's student role, Jali. He returns to school to visit their teacher Mrs Phua (Karen Tan), years after graduating, and assures her that although he “did not become anything (great), but that's okay". Juxtapose this sentiment with Akbar's alter ego role as Uncle Sabtu, a canteen vendor - an occupation not considered "anything great" in the society. But his character believes that as long as he is a morally upright person, he too is capable of educating and nurturing young minds. We have the intriguing dimension where a character critiques its own counterpart role, using the actor as a vessel. In this aspect, playwright Haresh Sharma seems to have become even more nuanced in developing his characters, whose personalities would drive the plot forward in this revised script.

Watching Teck Liang and Jali’s ‘bromance’ play out on stage reminds me of the friendship between director Alvin Tan and playwright Haresh Sharma. During curtain call, Tan thanked Sharma for writing plays, which represent the voice of the common people, that he enjoys directing. I suppose that is why the play gives me a warm, fuzzy feeling. Their fruit of labour feels synonymous to the nature and vision of The Necessary Stage – no grand, over-bearing stage set, taking a microscopic view of humanity and exploring the interaction between members of the society. 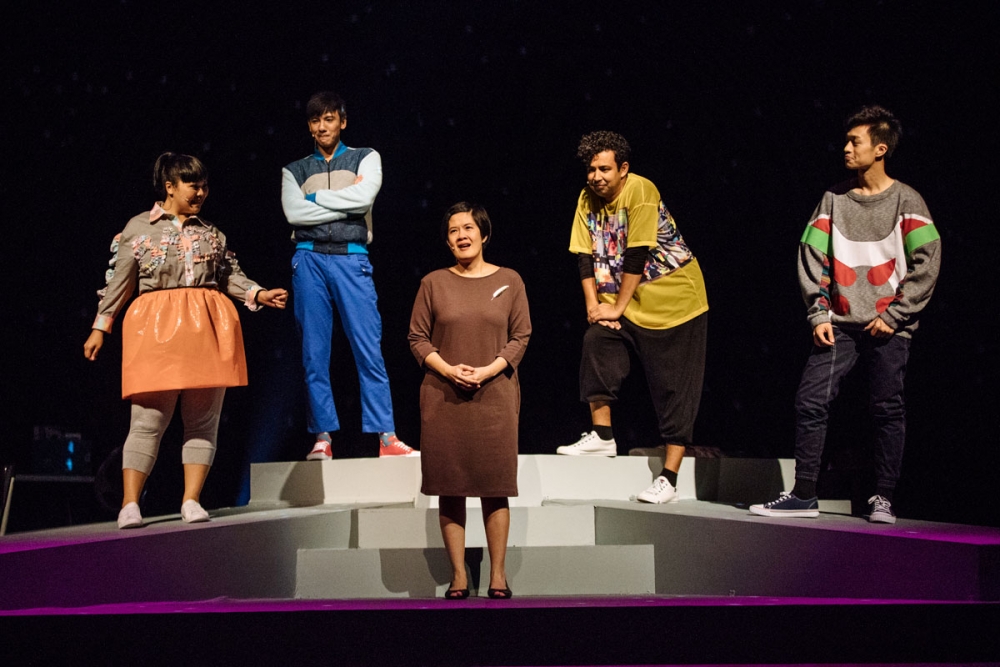