[Review] Not just any child’s play - A Monologue 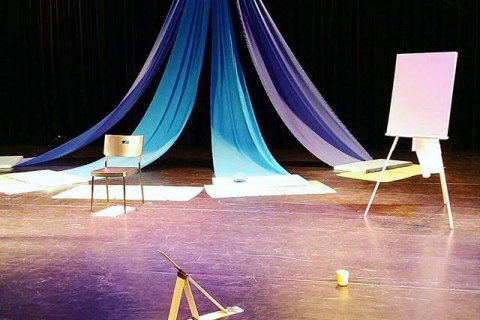 I realise this is a tragedy when the actor (Pavan J. Singh) closes the show pulling a straight face. I wonder how my nine-year-old would take this (gloomy) ending? Before I manage to alienate myself from the plot, the door opens; I have already formed my notion of the show and conceived its ending in my head. In my opinion, the Boy has walked into the sea and drowned on his way to the said island.

I cannot wait for us to leave the dimly lit theatre space and blurted out my question: “Where do you think the Boy went?” But, my daughter’s innocent response has me taken aback: “The Boy has already reached the opposite shore, and saved all the residents on that island.” She is still a wide-eyed naïve child after all.

This show has a looong title, called “The Boy and the Curse of the Magic-Far-Seeing Thing”. Most of the audience may not have given a second thought to this title, but I thought, the “Magic-Far-Seeing Thing” not only represents the Boy’s wit in having invented a “telescope”, it is also an opportune moment that foreshadows the play.

The playbill states that the show is appropriate for eight-year-olds and above. As a parent, I tried to elicit teaching moments from the play to share with my two children. We had a post-show discussion amongst ourselves – We reached a consensus on several issues raised in the play. But I have my reservations about the plot. (Editor’s note: The reviewer is not convinced that a father could be so cruel to his child – to encourage his son’s quest on one hand, but destroy it on another.)

That aside, the show is pretty captivating. Theatre takes on many forms – for The Boy and the Curse of the Magic-Far-Seeing Thing, it is a brilliant soliloquy that appeals to the common man, and is easily accessible by children. Although the play does not boast an elaborate set, the atmosphere constructed in the theatre space is charming. The props may appear simple and raw, but the use of flashcards and manipulatives aid the children’s understanding, and more than suffice to bring the message across: a signage in hand, a beard or coat, an apron where he tears labels off to announce his vocation – transforms him and the stage into something else. This form of theatre appeals to the children very much as the experience feels very close to their hearts, reminiscent of a child playing ‘masak-masak’. Also, the blue canopy suspended from above looks enchantingly like the faraway island. 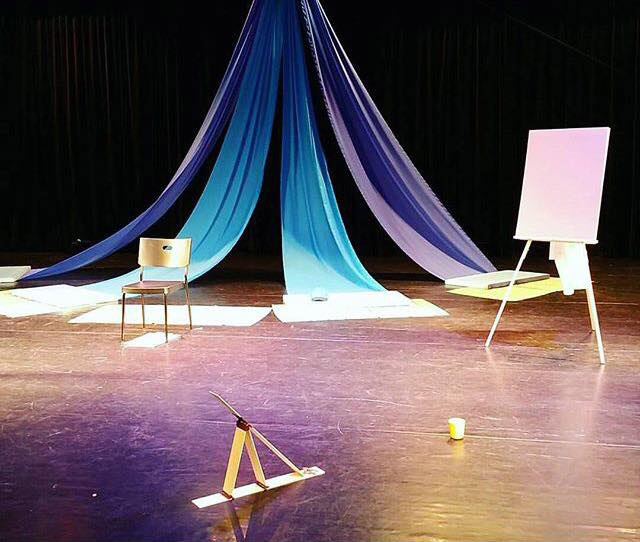 My kids are enthralled by the impersonation skills of the performer. Interestingly, the protagonist only appeared once at the start of the show, and disappeared. That is when we realise this is a monologue. It is also our first experience with monologues. The actor, Pavan, weaves in and out of his characters like a fish in water. His antics are so impressionable that my daughter, QQ, can still remember and imitate the 3 elders in the story in their caricature manners. This reflects the clarity of the form and plot of the play such that the young ones can appreciate. (Editor’s note: When I interviewed QQ, she excitedly reenacted the whole play for me!)

I guess this is the allure of theatre – allowing the audience to immerse in the charisma and passion of the performer in an intimate stage setting. We, as audience, ‘interact’ with the performer through his tones and manoeuvre.

The young ones are used to stories where kindness begets kindness/ an eye for an eye, or a clear distinction between the good and the bad – this is their understanding of the world. But this play challenges their norms. In the play, the Boy looks up to his father and holds him in respect. However, when his father turns out to be the one who foils his plans and deceives him, he could not accept his father’s explanation and appears devastated at the sudden turn of events.

For me, I see another subplot in the play. If the Boy succeeds in reaching the opposite island, how would things change for the residents on both islands? Will his father’s words ring true? Is helping others a price at your own expense? In the end, the Boy chooses to leave for the opposite island and is never seen again. Is he dead or alive? No one knows. To me, this is a tragic ending. It is acceptable to me as an adult. But how would a child feel about this negative ending? As I write, an answer slowly precipitates. Obviously, my child has only been exposed to good endings, she does not realise that not all stories end on a good note. At this point, I realise my worry about the tragedy affecting her adversely is dispelled. Perhaps, I need not be so quick to want to protect her ‘fragile heart’. It seems that children will naturally form their own understanding of a situation based on their preconception at different ages. My child will eventually grow up, and she will come to understand that not everything in the world can be divided so clearly into black or white. In the years to come, she will see this play in a different light.

One can delve deeper into the subplots portrayed on stage or take this play at face value, innocently like a child. This is how the play beckons.

Nine-year-old QQ has also written her first 'review' for The Boy and the Curse of the Magic-Far-Seeing Thing the very next day after the show! Let us take a look at what goes on inside her head when she watched the show... (Editor's Note: Actually she has whispered to me more than what she has written here.)

"This is a hilarious play, however, there was a sad ending. Pavan J. Singh is such an awesome actor, he is the one and only actor in the show. The main character, which is the boy in the play was determined to help the people in a small island opposite to theirs. However, the village elders and his father did not allow him. But he had tried very hard to go to the island to rescue the people in the island. He had overcome many difficulties on his journey to the island. Will he succeed?" 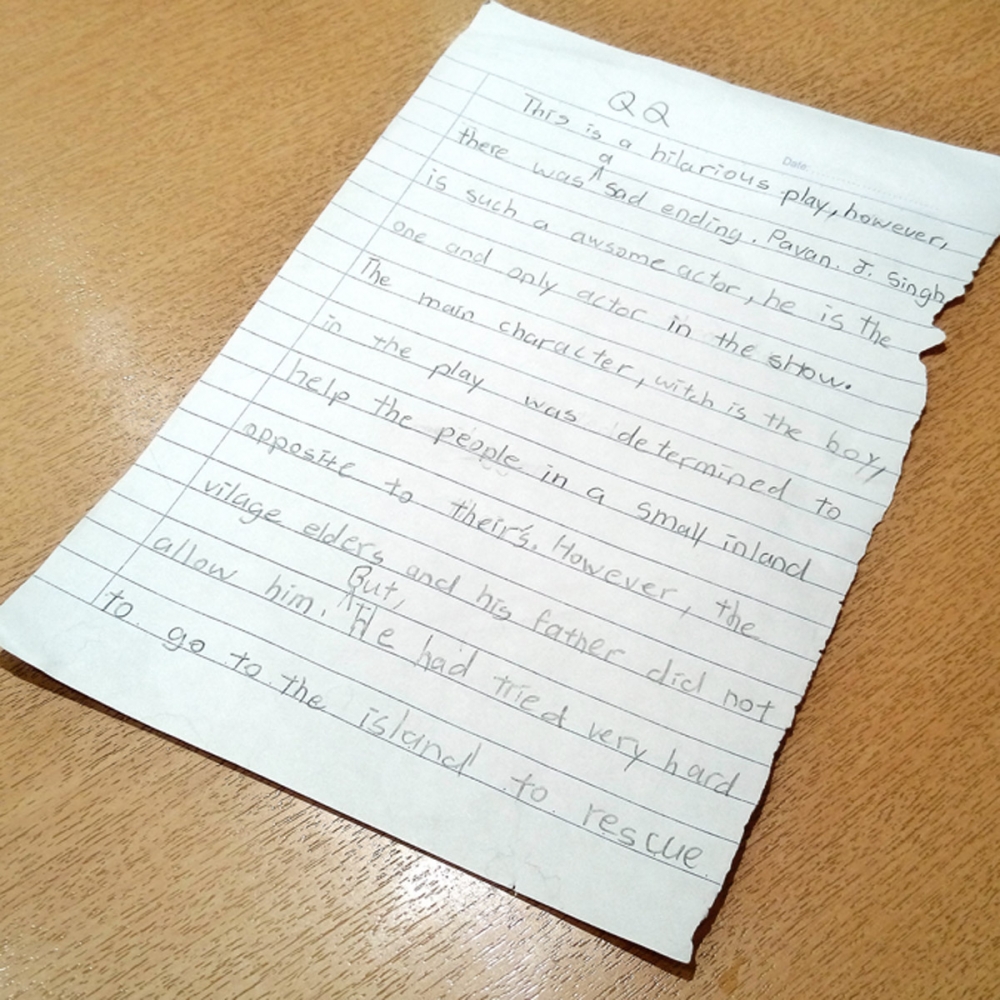 About the reviewers
Sheenyit, a mother of two and an ardent reader and traveller. A graphic designer by day, she enjoys the finer things in life. She is also currently volunteering as a docent at the National Gallery Singapore.

QQ, a strong and independent girl who loves having fun. Her adventurous spirit drives her passion for story-telling. Above all, she loves her younger brother. QQ has also written her first Chinese picture book, Lil' Butter (find out more).