[Review] Fun Home – An uncontrived staging of a coming-out story 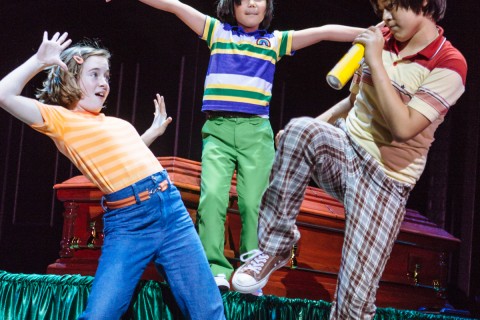 Fun Home is a musical about a dysfunctional family that is held up by uncontrived acting, and songs that not only complements the story, but also continue to radiate warmth in our minds after we leave the freezer of a Drama Centre. 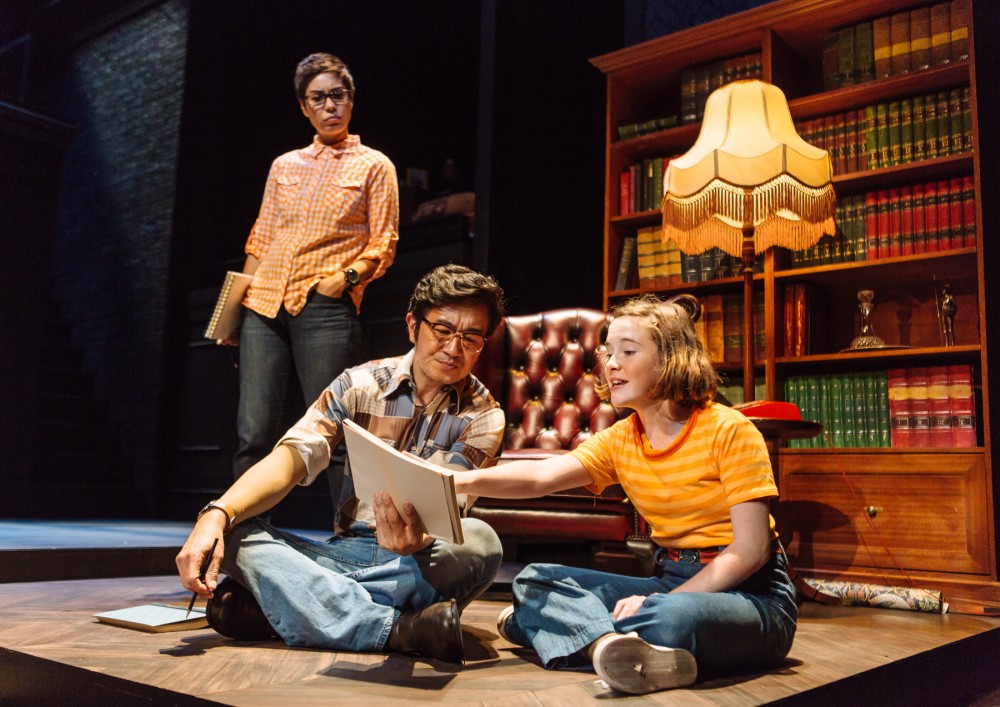 Fun Home is set in the 70’s and a compact set design completes the look. At times, it cleverly converts into a college dorm with the flip of a bed. Their use of the vertical space in Drama Centre cleverly expands the available estate on stage, creating a ‘home’ where actors have enough room to roam about, dressed in preppy collar shirts and flare pants.

Judging from the texture of its productions, it is no wonder that Pangdemonium is touted as one of the most popular theatre companies in Singapore. Since watching Circle Mirror Transformation in 2015, I have been awed by the consistency in the company's performances. Fun Home is my first experience of a Pangdemonium musical as I missed the opportunity to catch Rent last year.

Based on the autobiography of Alison Bechdel, Fun Home bagged five Tony Awards including Best Musical. This Singapore’s premier rendition of Fun Home does not disappoint – it captures one’s attention right from the first song. The song goes straight to work at thrusting the protagonist, Alison, into the limelight as she watches her childhood and past unfolds. 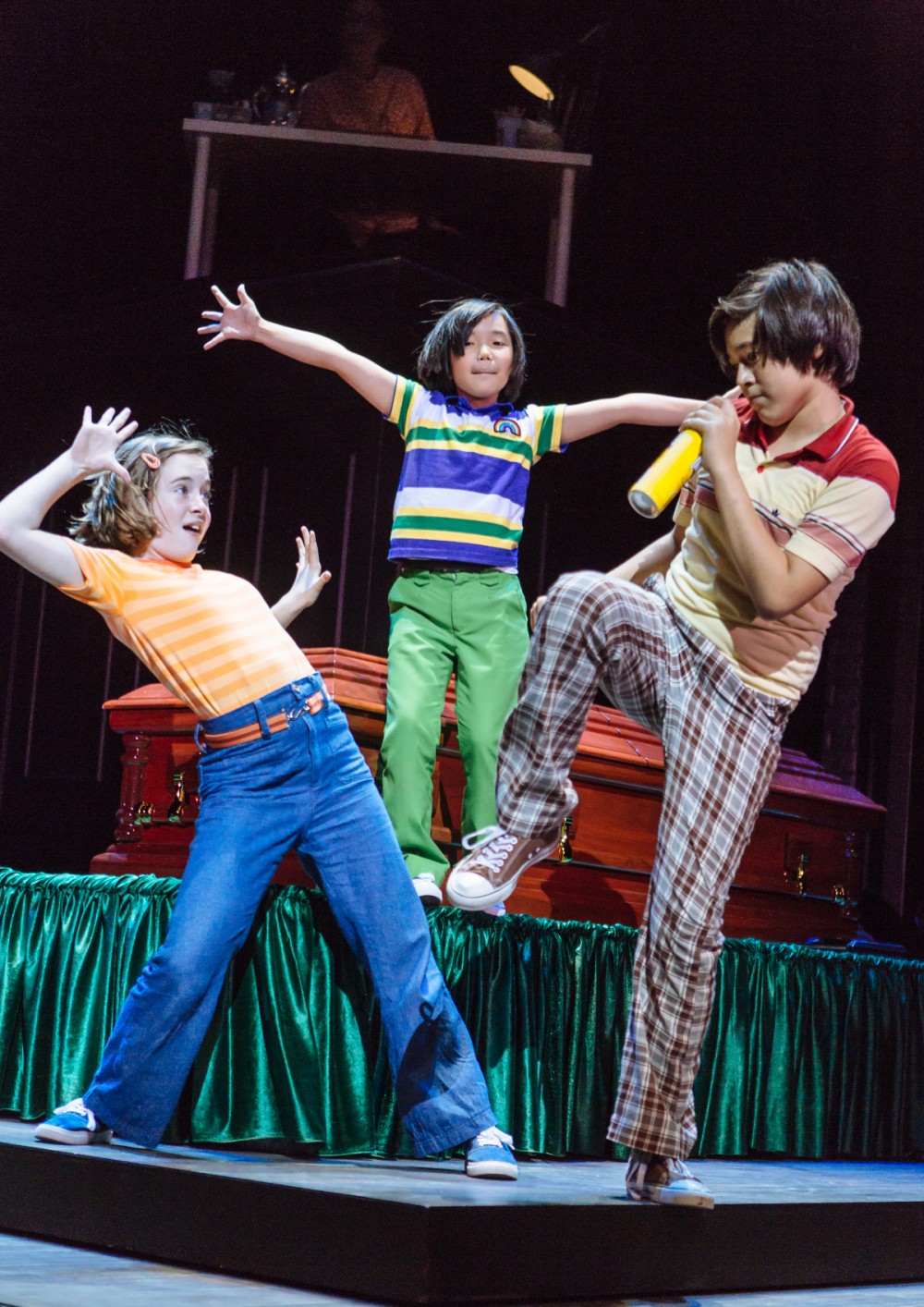 Fun Home is a non-linear play that alternates frequently between the past and present in the form of flashbacks. Earlier on in the play, the protagonist has already given away the suspense to her story, revealing that her father died in a car crash, that her dad is gay, and of course, Alison herself is a lesbian. However, none of these hampers the audience’s desire to want to keep up with the rest of the story. Personally, I was intrigued to find out if the tension in the family might culminate in a confrontation between a hard-headed Alison and her temperamental father. (Well, that did not happen, unfortunately.)

The role of Alison is played by three actresses: the child-Alison (Elly Gaskell), college-Alison (Elena Wang) and the adult-Alison (Nikki Muller) to illustrate three important stages of her life. Elly’s adorable and passionate Alison is a no-brainer crowd-pleaser. Who would say no to a child who can sing and dance so well? But it is Elena’s college-Alison that leaves a deep impression, in the way she highlights Alison's teenage awkwardness during the coming-out scene. However, even with juggling with the awkwardness in her body language and shy expressions, Elena never lose her outstanding comedic tempo, judging from the thunderous applause from the audience every time she says her punchlines. Her performance in the crowd-favourite musical number “Changing My Major” takes the cake. We see a slightly different facet of Alison in each of the three stages, but Nikki portrays the adult-Alison most effectively, delivering the turmoil she faces with subtlety. She sings well, and layers her grown-up character with depth, which sets her apart from the young Alisons.

Although the play is an autobiography of Alison, the story revolves heavily around Alison’s father Bruce Bechdel (played by an experienced Adrian Pang), who is her idol and pillar of strength, therefore a pivotal character in her biography defining her life and her family. Bruce is very proud of the “house” that he built. We come to realise that this is a facade for a ‘family’ conjured by his closeted self. He has always wanted to purchase another house that has been abandoned for many years, down Maple Avenue where they stay, and intends to work on it when he is free. This can be perceived as his innate desire to come out of the closet, to build another ‘home’ where he could be the real him. At the end of the day, anyone can build a house. But regardless of how perfect it could have been, the crux is whether it is a ‘home’ or just a house. 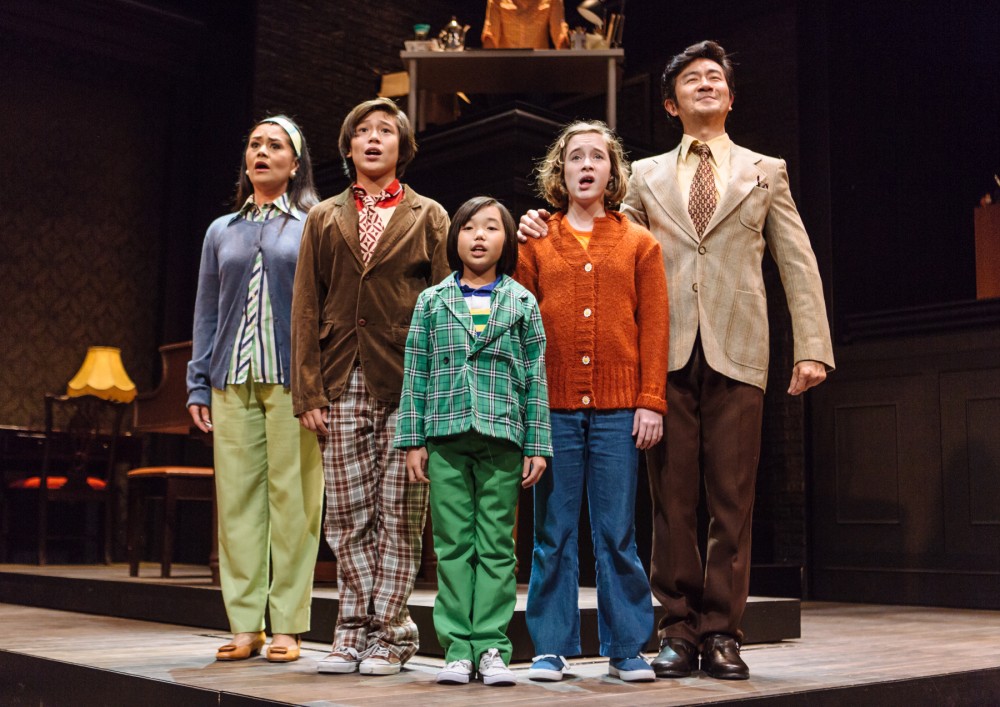 While the character of Alison’s mother (played by Monique Wilson) is not emphasised too much in this staging, Monique’s solo number is emotionally-charged, sentimentally conveying a mother's sorrow dealing with a lesbian child, and having to face the fact that her husband is also a homosexual. The song left most of us in the audience in tears.

Once again, Pangdemonium has successfully staged a musical that not only entertains the audience but also highlights the importance of family in our lives. Every family has its differences, and these differences should be respected and preserved with sincere and non-judgmental love from every family member.

About the reviewer:
CK, a middle-aged uncle who loves theatre, movies, books, jazz and travel. Trying to write again in Malay, a language he was familiar with ages ago.