[Review] As It Fades 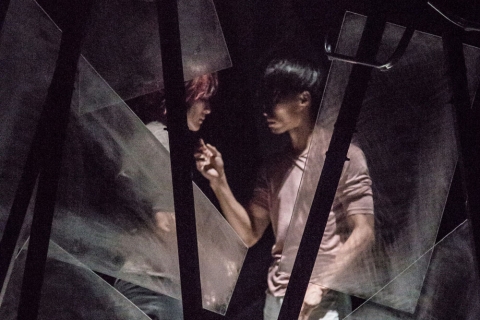 Watching the beginning of As It Fades somehow reminds me ofWater Bloom, the first performance I watched by T.H.E Dance Company, which was also choreographed by Kuik Swee Boon in 2009. I remember being seated quite far away and in a much bigger theatre at University Cultural Centre. But this time round, I am seated closer to the stage and in a medium-sized theatre of the School of the Arts. Rationally, this feeling of similarity seems rather out of place, yet the impression it gives is in conformity with the first experience I had with T.H.E. 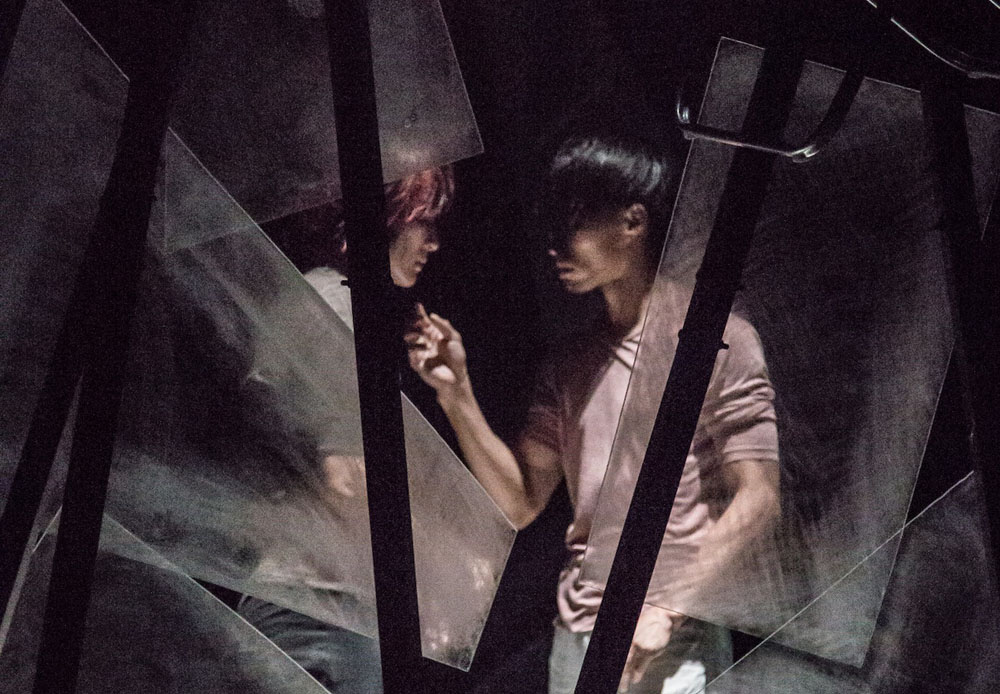 Dancer Zihao opens the show simply by walking onto the stage, behind a row of tall metal structures with triangles attached. He places a vinyl onto the gramophone and switches it on. The record starts spinning, making the iconic scratchy noise that one would expect to hear from such a device. Right away, the mood is set even before the song itself starts. Although I could not understand a single word of the Hainanese song, it gives me a sense of richness and authenticity of that period.

Jessica, obviously one of the lead characters in tonight’s performance, dances fluidly across the stage – typical of Swee Boon’s scope of movements. As the rest of the company dancers swoop in one by one, we suddenly have the entire second company dancers running across the stage – that is quite impactful in itself. One thing I notice about T.H.E dancers is their ability to catch on different phrases of the music or lyrics to move in synchrony. Despite moments where they have no music to use as a guide, dancers could just depend on each other’s mutual understanding to control their timing.

As the lights grow brighter, we could discern the transparent vinyl sheets on the black metal structures. Together with the dancers dressed conservatively in black, the scene gives a monochromatic look, reminiscent of old photographs from the past. At first I thought the metal structures look like mountains with the dancers dancing in a village of sorts. But as the piece progresses, the song fades, giving way to a fast-paced, techno-esque beat. It is as if the structures had become buildings with the dancers roaming the city and getting trapped in between them. The music changes again, now with sounds of wind and water clearly heard. The dancers move the structures again in a slow manner, with their counterparts hanging onto the structures, not unlike sails and boats on the sea. I feel that this reflects a journey they are taking down a memory lane and are unwilling to let go. The triangular shapes look more and more like fragments of their memories that have become distorted, which they are constantly trying to organize or retrieve at a certain point in life. 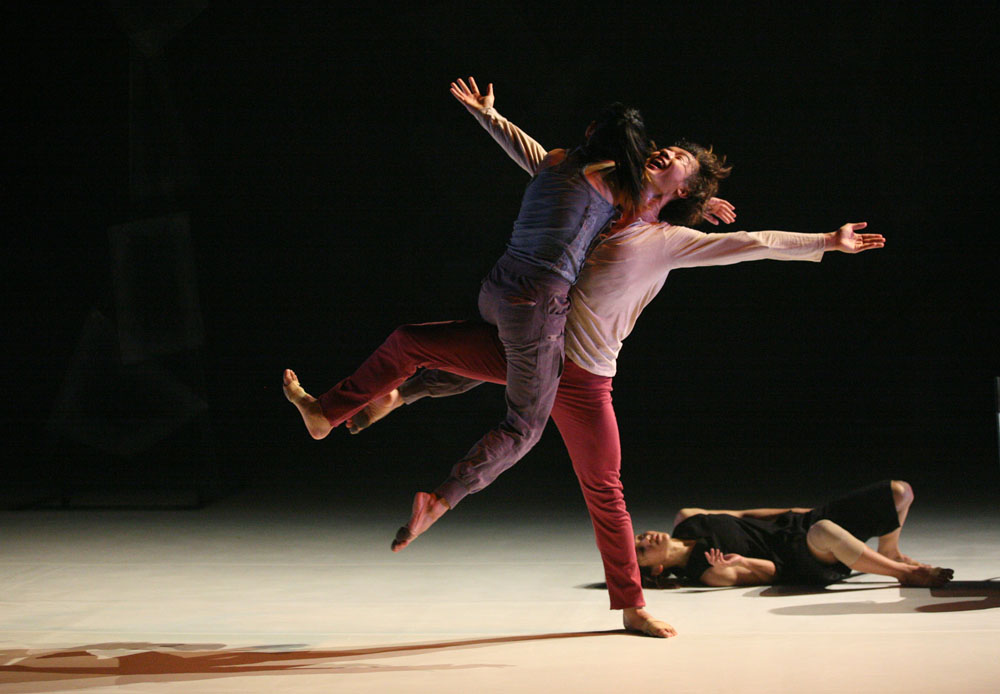 I especially like the pair work done in groups by most of the cast. For example how Jessica and Yarra quietly walk towards and stare at each other’s reflection, peering through the structures since they are on either side of it. On the dark side as Yarra is struggling, a bright spark is introduced in the form of Sherry and Wu Mi in colorful clothings. They do a light-hearted pas de deux, giggling and playing with each other. The rest of the dancers start appearing in bright and less conservative costumes, and start to enclose the metal structures, surrounding the couple, Yarra and Zihao, forming an intimate space for them. We could see the couple trying toescape from this memory as they try to break out from behind the structures but to no avail.

Parts of the music for the night have an Asian element that I have not heard previously from T.H.E. Discerning an obvious tinkering of a Chinese instrument from the ominous sound track gives a layer of depth to the performance.

I would also like to highlight Mun Wai who does an excellent job delivering his Cantonese dialogue while Jessica expresses in a dance next to him. Although not everyone in the audience understand what he says, this segment gives us time to breathe, and also converges the Asian influences in the show, as well as cementing together the diverse nationalities of the cast.

At last, the gramophone is brought to the centre of the stage, on a chair, by the dancers. They surround it and stare at it, as if it were something so old yet so important for them to remember. They dance around it as if it were one of them. As the gramophone starts playing the old song again, Jessica sits down on the chair, taking its place. And as she reaches out for her fragments of memories and pieces of life that have gone by, the rest of the dancers drag her away silently into the darkness as the lights fade, as memories fade, as it fades… 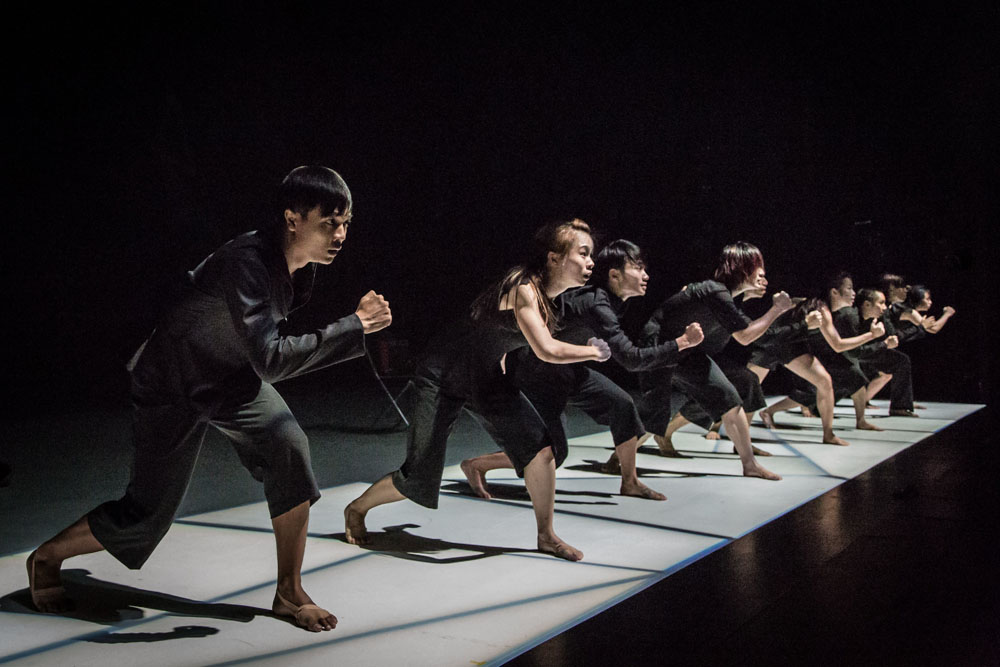