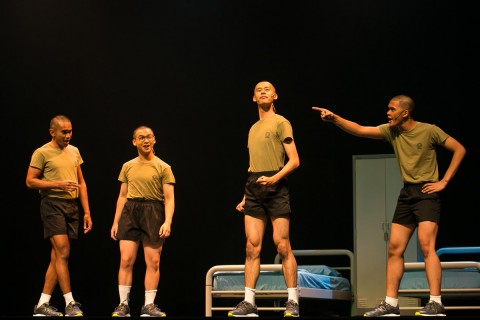 The much-anticipated sequel to Army Daze opens thoughtfully with a 10-minute song-and-dance recap of the original plot and characters to the catchy tune of Into The Army (we go). 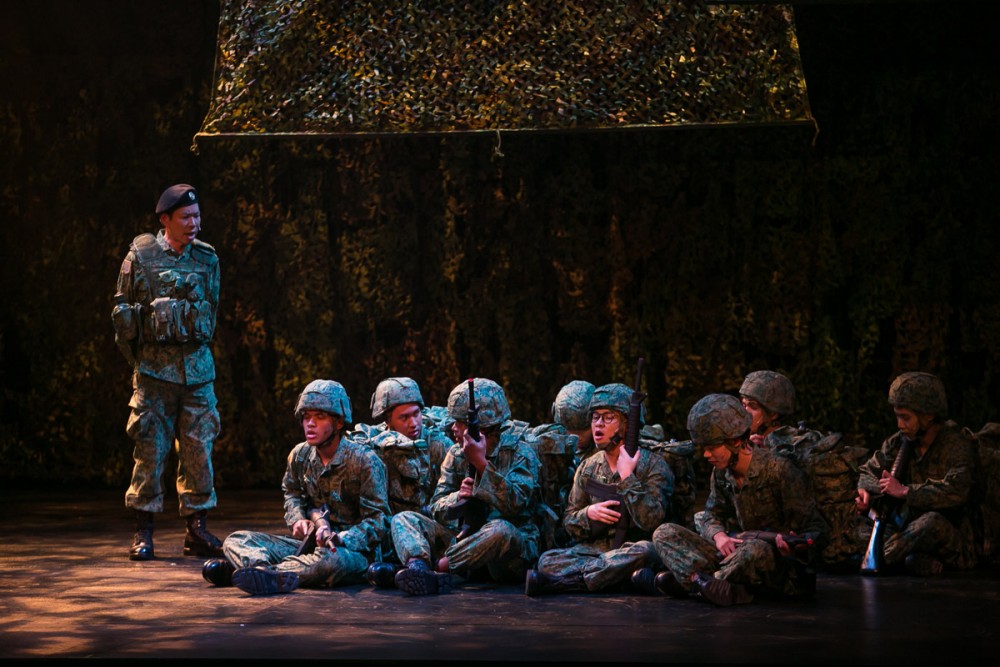 Immediately after, we see the eye-opening work of prolific set designer, Wong Chee Wai, set into motion. The travelator-like floorboards enters and exits the positioned cast so smoothly and swiftly that they don’t miss a beat in between scenes, creating an illusion of a interwoven fabric of tableaux. The grown-up lives of the five original characters – Malcolm Png, Ah Beng, Johari Salleh, Kenny Pereira and Krishnamoorthi, enter in a conveyor-belt fashion, one after the other. So here we have, the updated characters thirty years on from the original installment, served on sushi plates. 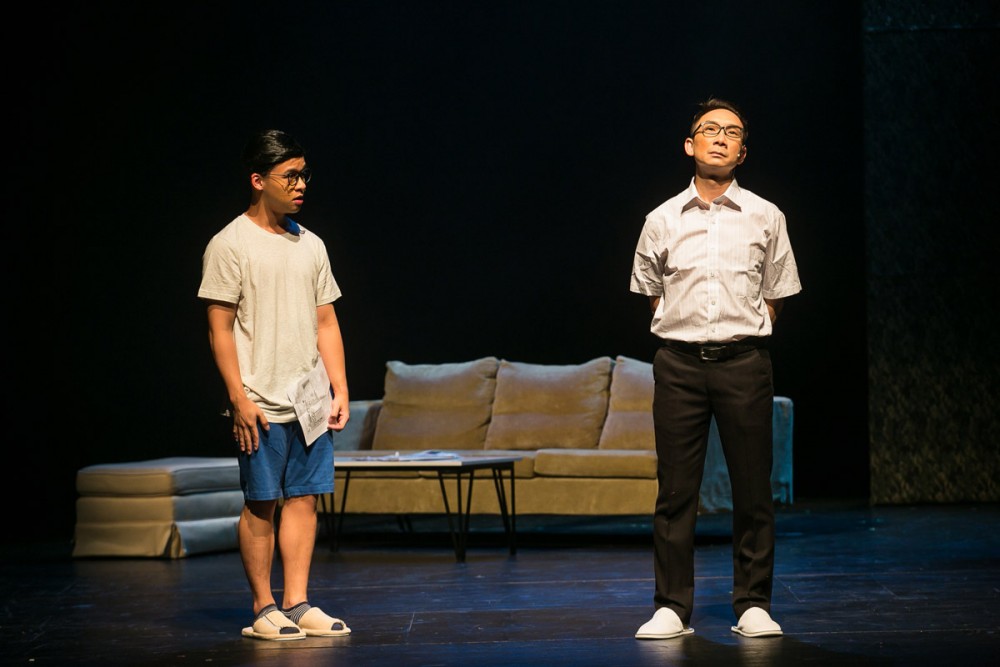 Shane Mardjuki shines in the shoes of Kenny Pereira, displaying his charm in performing his required comical duties that are already evident in Wild Rice’s Boeing Boeing (which ended last month). But I guess it is hard not to, given the fun and conspicuous role of Kenny, who steals the hearts of the audience in every version and medium of Army Daze in the past years.

I can’t help but see the shadow of Teck Liang (Those Who Can’t Teach) in Joshua Lim’s Ah Beng (There’s a bewildering act where all Ah Beng does is call out the names of his old comrades!); and the shadow of Jeanette (Boeing Boeing) in Oon Shu An’s BG Wong. We can’t fault her; her role, despite being a high-and-mighty Brigadier General, is pretty limited. Not sure if it is intended to mock the helplessness of a female leader in a male-dominant hierarchy. 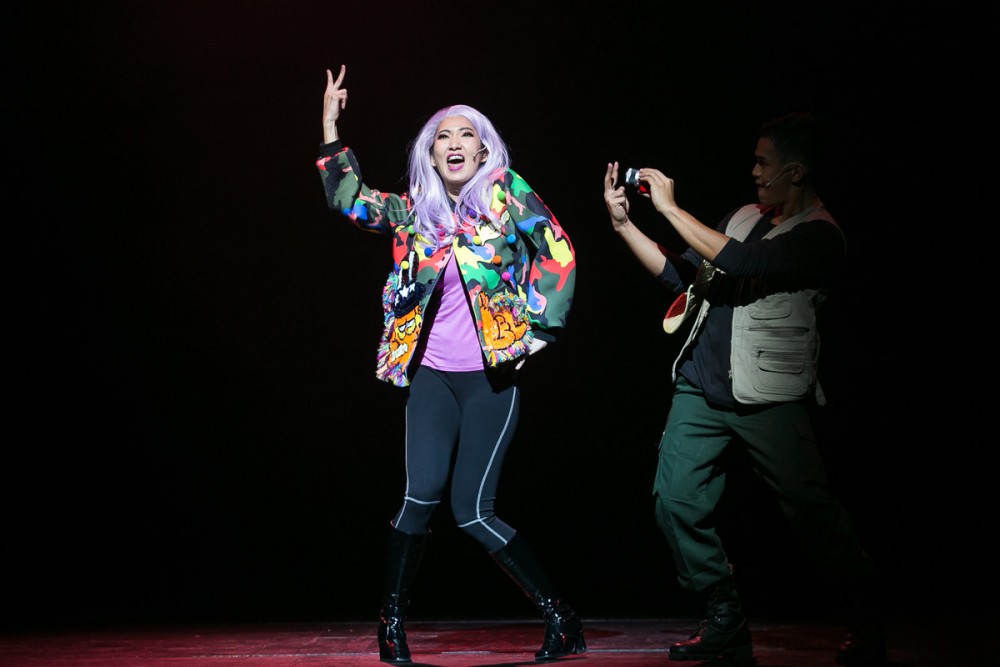 To our delight, after earning praises for her intense performance in Checkpoint Theatre’s Frago, Jo Tan brings to life a caricature character that serves as silly farcical interludes in between more serious sentimental acts. If her character, Ariston, is a spoof on SGAG’s Chloe (pronounced Sher-lo), then Jo has one-upped the original. In fact, Ariston is the only character that seems to have some depth in the show.

Another saving grace is the musical number in Act 2 Scene 3, Look See Believe, (Read: a playful pun on army term for a type of camouflage leaf) earning much laughter and resonance from the many audience who have been through National Service. The eye-catching, tongue-in-cheek botanical backdrop is a witty plug, hinting at another gem of Michael Chiang's play, Private Parts, which will be restaged in 2018. 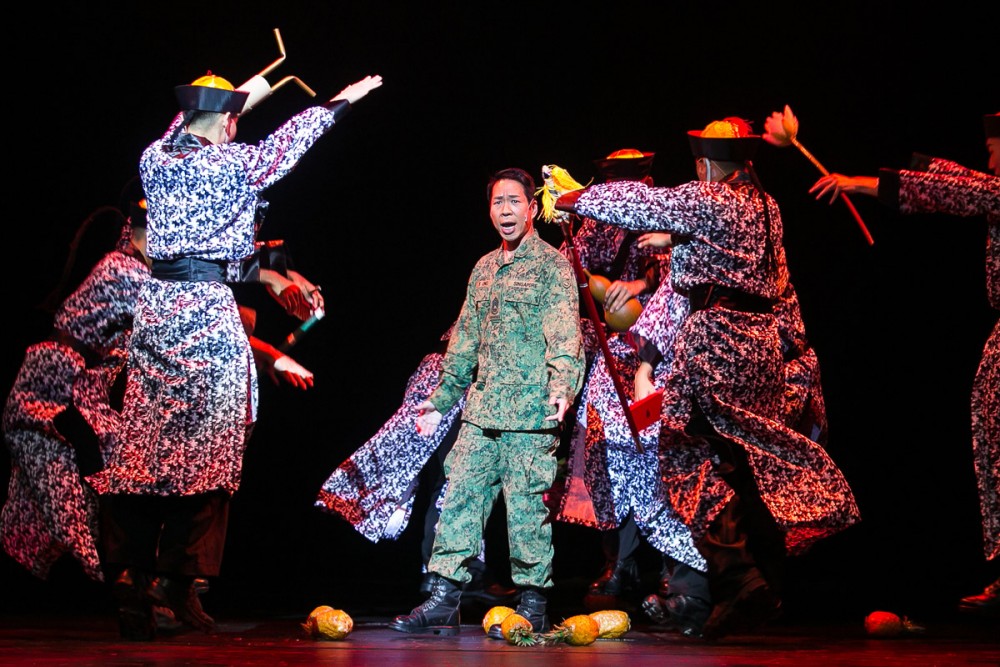 For someone who has had experiences in directing massive national shows like National Day Parade 2011, 2016 and SEA Games 2015, director Beatrice Chia-Richmond paints Army Daze 2 in a very similar (broad) stroke. Each segment of the musical seems well paced with measured amount of singing, dancing and drama. From en-pointe ballet (fabulous footwork by Tay Hwan Haw & ensemble), to Chinese zombies hopping around in Chua En Lai’s solo Hokkien Rhapsody moment. He’s my idol, I’m probably biased, but I’ll just go ahead and say that he keeps stealing the show in the background. 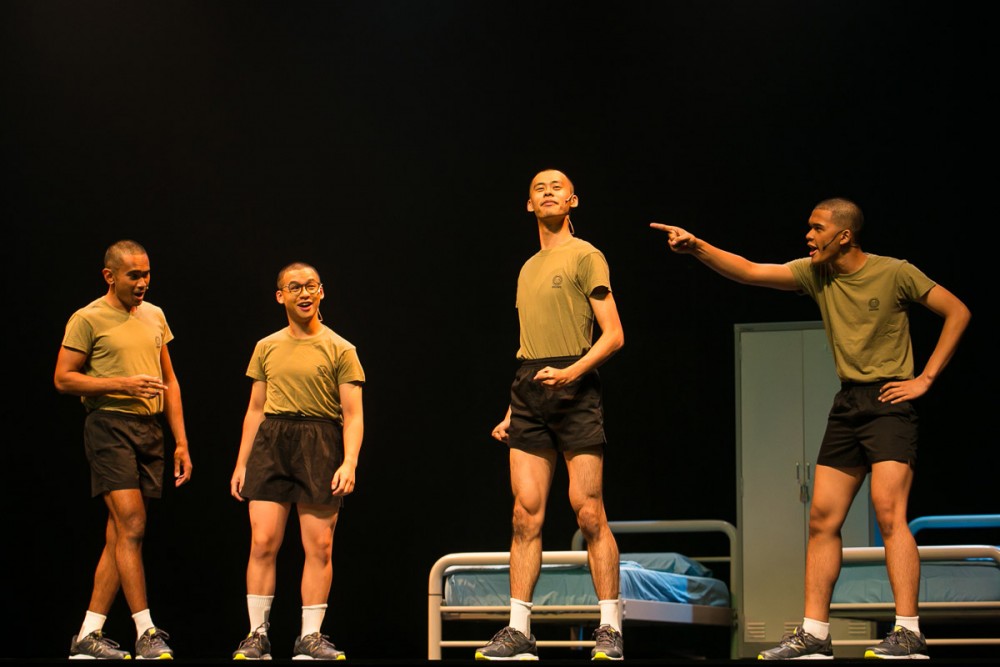 But also due to the calculative timing allocated to each segment, each character has only a fair share of exposure. The five newcomers have too little time to build up their personas on stage, causing their characters to feel paper-thin. On the other hand, if the sequel had wanted to ride on the success of the original installment, then there is not enough display of the familiar camaraderie of the original cast.

Like many other sequels to successful box-office hits, Army Daze 2 shares the same woe being neither here nor there as a follow-up of Army Daze. At best, the show fits right into a National Day Parade sequence in the current NDP #NS50 mood. 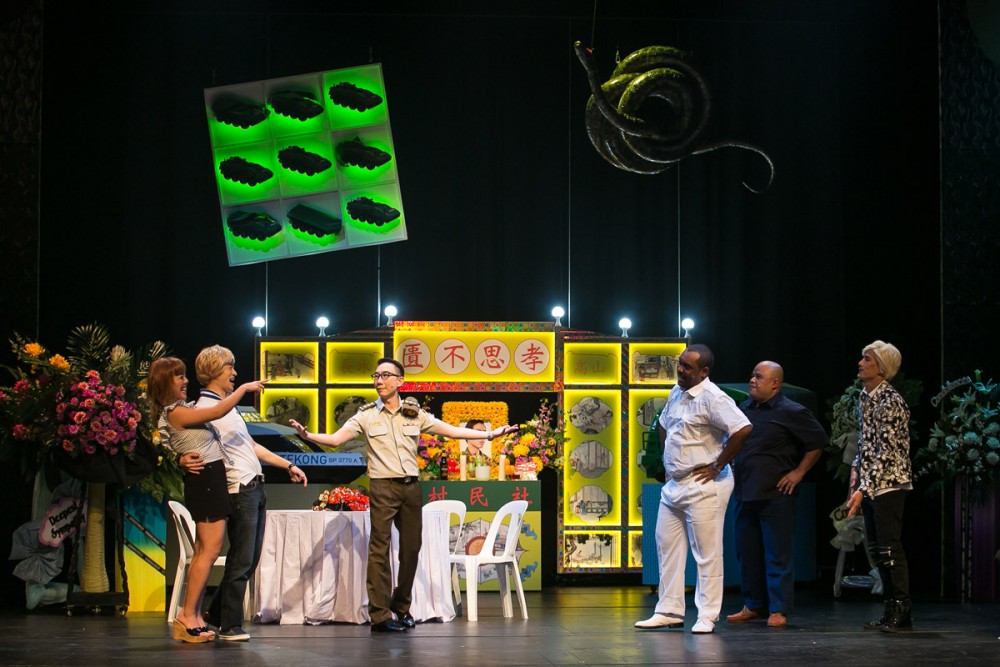 P.S. Can someone enlighten me on the Hokkien saying “If the bird is flying higher than your kite, it’s time to open the windows”?! Pretty sure Chua made this up himself. LOL