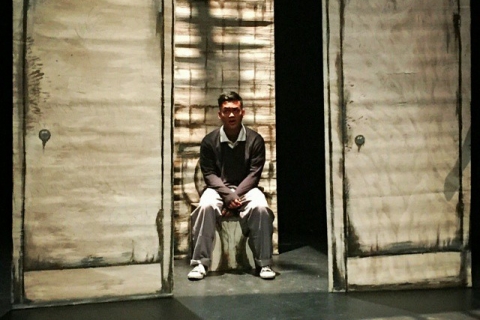 In an interview done by Gillian Fisher (read here), Suhayla revealed that she used to work as a teacher with excluded children and felt that they were often misunderstood. Through plays (Suhayla’s latest play of similar subject matter, Cuckoo, was showing in London’s Unicorn Theatre just two weeks ago), Suhayla wanted to “give them a voice”.

The pivot of the drama lies in the interaction between Amir (Kay Kay Nizzam) and Ashley (Ebi Shankara), otherwise affectionately known as Trash-ley. Eventually, the sequence of events will lead to the anguish of Ashley, and the death of Amir. In order to culminate the tension between these two teenage boys over time, their struggles and disparity between their personalities become very important to serve the impact of the issues to come. Unfortunately, the dramatic contrast in this play is not significant enough to amplify the changes that impacted their friendship, lives and beliefs. The boys were almost always in a drugged stupor when they were BFFs, or angry at each other when misunderstanding and betrayal issues arise. Their acts are unable to convince me of their deeply-rooted brotherhood, therefore unable to build up energy to the climax of their animosity.

The end of their friendship pushes Ashley to take a stand against Amir, and his faith. A secondary plot develops between Ashley and Carl (Lian Sutton), who is a ring leader of sorts, gathering numbers to fight against the Muslim faith. Carl is poised to be a mysterious persona, often camouflaged by the darkness, but always dresses impeccably. Maybe it is the monotonous energy he gives to every line, or maybe because it is the opening night, Carl seems too absorbed in trying to deliver his lines right.

On hindsight, I enjoyed the intimate conversation between Ameena (Sahirrah Safit) and Ashley on the couch – the only scene that I thought the main set served its purpose well. The momentum of exchange between the couple, timely pauses and their interaction with the set adds up to express a sense of innocence and solidarity.

Overall, I do not think that it was necessary for most parts of the story to be carried out in a drugged stupor; I do not understand the accent either. In fact I am quite put off by it. If director Claire Devine meant for the script to play out in a British context, following the original script closely, then the set design does not succeed in bringing me to England; if the director meant to assimilate the play into Singapore’s context, then the accent of the cast is redundant.

It seems timely to be discussing the subject matter explored in this playscript given recent upheavals against faith and religion across continents. Racism, xenophobia, betrayals and exclusions are universal themes in any society. I look forward to Buds Theatre giving it a local slant to relate the story closer to our hearts. 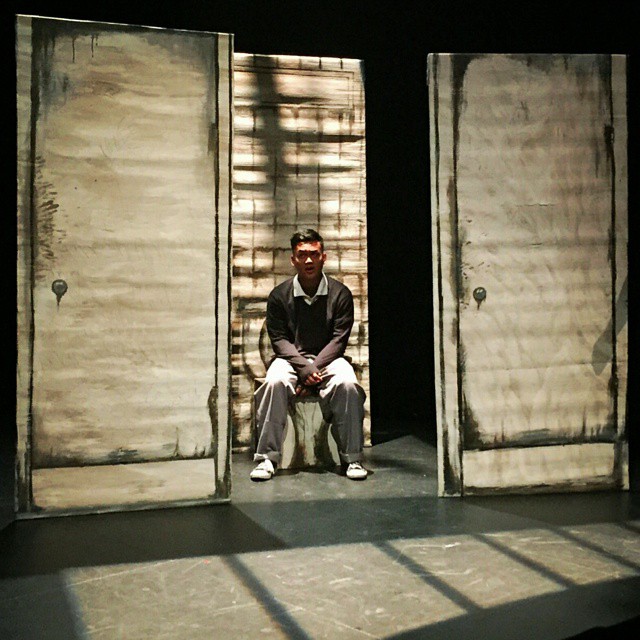