They skinned their knees, and stood up, again. 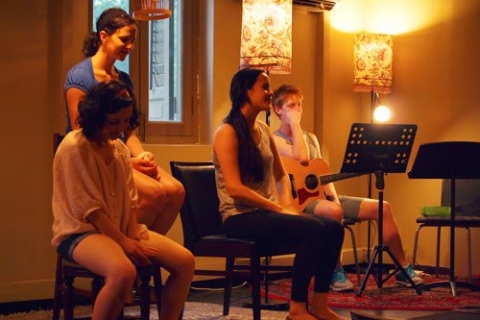 It felt lazy on a Tuesday afternoon. The hot air was stagnant. The shophouses (and their owners) were still sleeping. There’s virtually no movement to be felt or seen or heard after we came out of Outram Park MRT Station. But we were supposed to look for a rehearsal going on here. How should we locate it?

Luckily Kluane came down from the back door to look for us. Then we walked up the stairs in total darkness. We found ourselves in the cozy second floor of a bar. Yeap, this is not a usual place where you would watch a play. But Can’t Stand Up for Falling Down will be performed here from 30th November to 3rd December, with Kluane as one of the three lead characters. 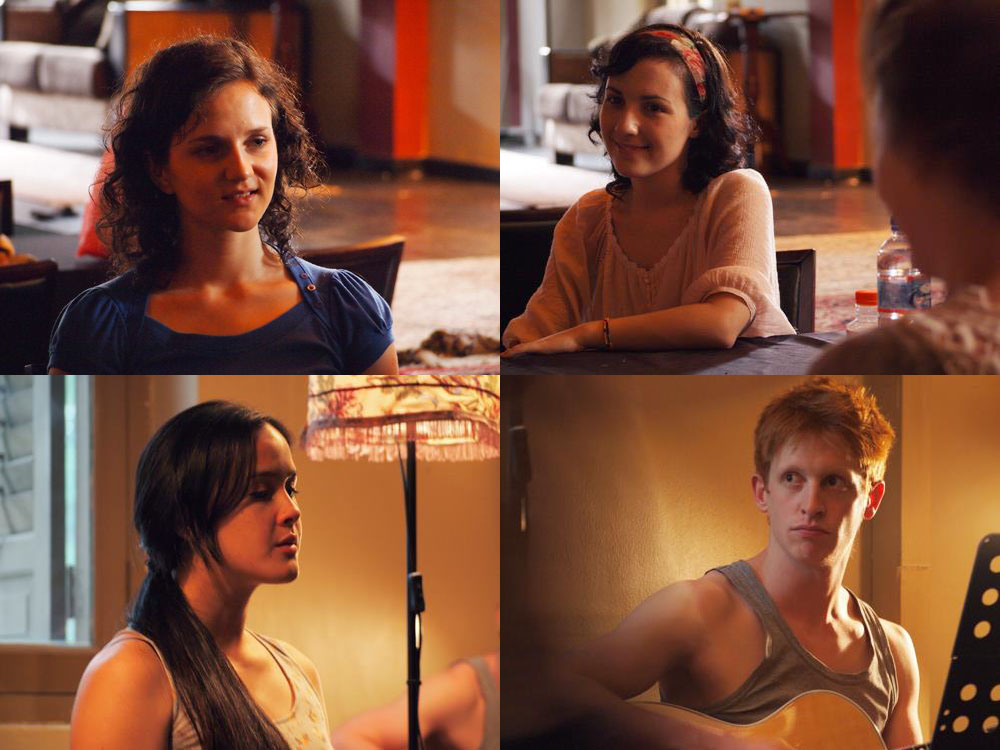 Yes, this play is unusual, technically, in some sense. You won’t see the characters disappearing during scene change. You won’t see sets that are built specifically for the play. You won’t sit in a totally dark space and suddenly the stage is lighted. You won’t even see or hear “no food and drinks are allowed”.

Yes, this is a play where you sit on wooden chair in a comfortable space, with dim yellow light, have a drink, and wait to be engaged physically with the energy on a stage less than a metre away. This is the kind of performance that Skinned Knee Productions is keen on putting up. As their name suggests, they are not afraid of having their knees skinned from trying and experimenting again and again, to bring unconventionally-staged performances to the audience. Rayann, the artistic director, believes that there must be a tier of performances where the audience do not wait to be wow-ed by the scale of the sets, but they get intimate with the performers in a space just enough to bring about this relationship. 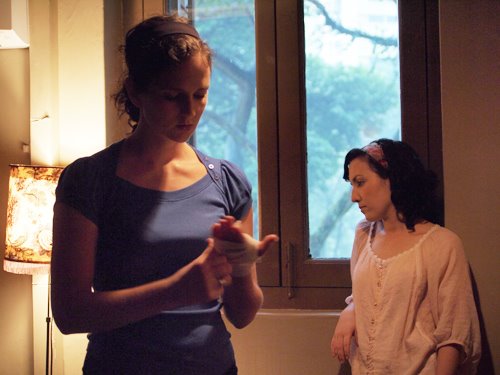 Perhaps this character is also best to serve another purpose of theirs – a stepping stone or testing ground for students of LASALLE College of the Arts. As alumni of the college themselves, Rayann and Pavan understand the needs and difficulties of the students and graduates very well. Therefore, productions of Skinned Knee would utilize talents of the school as much as possible. In here, graduates could brush up their skills before going into the real world; students could experiment their school works in a real production. Everything else are kept simple and in small scales so that amateur works (by industry standards) can be accommodated and even flourish. 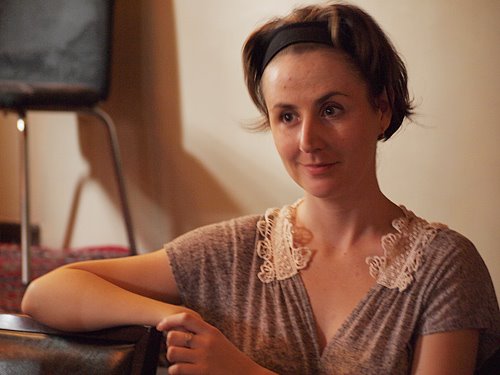 As we left the place in much unwillingness (because of so much comfort inside), Rayann was fine-tuning the blocking of the actresses, and fixing the lamps on and around the stage at the same time; the actresses were briefly rehearsing the lines with live guitar accompaniment. In fact they make up almost the whole cast and crew already. But the atmosphere was so relaxed that I couldn’t believe this was just their first day in here. As much as the venue was deemed suitable for the script, I believe the script or the performance has gradually been tuned to fit the venue. Looking at how the actresses ‘interact’ with the window (and the view outside), the railings, the chairs and the carpet, I could see some kind of site-specific characteristics in the play. And they were doing it with much confidence and professionalism that they were not handicapped by an unusual setting.

Nevertheless, more proper venues such as the facilities in The Arts House and LASALLE are also their options for future productions. Rayann revealed that two plays in the making are on their schedule now: a musical and a classical film adaptation. But who knows what will come out eventually? They are still skinning their knees and trying! So… let’s see! 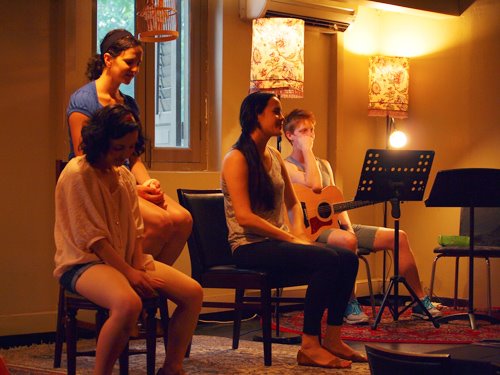