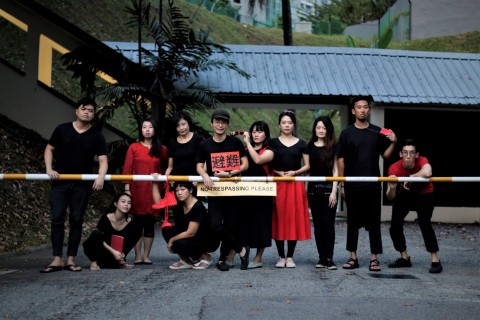 I believe we are no stranger to Emergency Stairs’ artistic director Liu Xiaoyi experimental approaches to theatre. In the first year of its inception, Emergency Stairs steadily announces Southernmost - an intercultural theatre festival, manifesting their mission: theatre being revolutionary and that revolution is experimental.

Southernmost rides on the model of the existing One Table Two Chairs theatre festivals in London, Zurich, Hong Kong, Taipei, Nanjing and Tokyo, so getting its name ‘Southernmost’ since Singapore is the southernmost addition to this family. Unlike the One Table Two Chairs Experimental Series (under The Theatre Practice) where only the end product are presented, this time round, Southernmost is a two-week long festival consisting of cultural exchanges, open rehearsals, masterclasses, workshops and the triple bill performance itself.

We speak to Liu Xiaoyi and his producers, Jo Lim and Chong Woon Yong to find out more about their vision and relationship with experimental theatre. 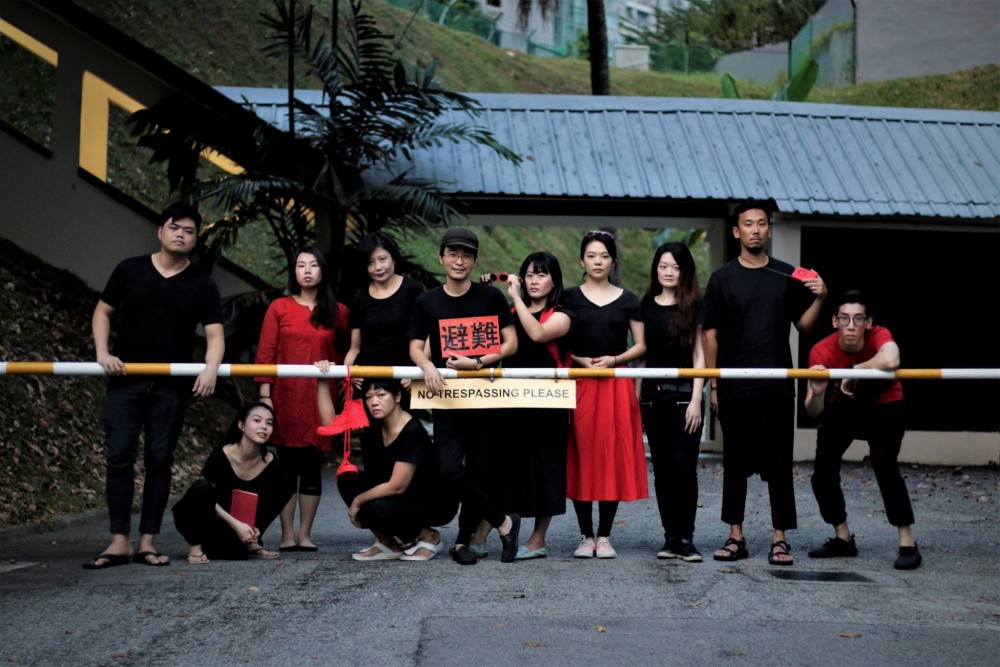 1. What inspired you to do experimental theatre?

Liu:
I don’t have formal training in theatre. I studied Electronic Engineering in a polytechnic. There was a time when I thought I would be a programmer. Few years later, I went to university and majored in Chinese Studies. I wrote poetry, fiction and essays. Sometimes I use the poet’s method to direct, and the programmer’s method to write scripts. Like many artists, I always need to debate with myself, engage issues from a variety of perspectives, then express and communicate with critical approaches. And then I heard people say that what I am doing is experimental theatre.

Lim:
I trace it back to my student days in NUS Theatre Studies Program when we looked beyond the theatrics of Asian theatre and delved into its richly symbolic and ritualistic elements. I was blown away by how much more I could observe and read on stage if I understood its history and semiotics. When I went into theatre professionally, I was naturally drawn to works that were more exploratory and less reliant on the spoken word.

Chong:
I am an actor. I still play and write characters regularly and enjoy doing so. As an audience member, I still enjoy a night at the theatre watching Shakespeare or a comedy. As a producer though, I gravitate towards engaging audiences with works that are considered unconventional, sometimes against the grain, sometimes polarizing, and it led to my collobaration with Liu Xiaoyi and Emergency Stairs.

2. Why is being poetic, rather than narration, necessary to being experimental?

Liu:
The way we structure our theatre reflects who we are, where we are, how we think and how we create. Human beings and the world we live in are far much more complicated than narration and stories.

At the same time I am not entirely anti-narration, in a broader sense. If we can be more open, narration is everywhere. Of course, you find narration in stories, but there is also narration in a speech, in a dictionary, in a building, in a poem, and in an interview.

3. How do you avoid falling back to the same formula when you consolidate your methods in approaching theatre?

Read Part 2 of the interview.