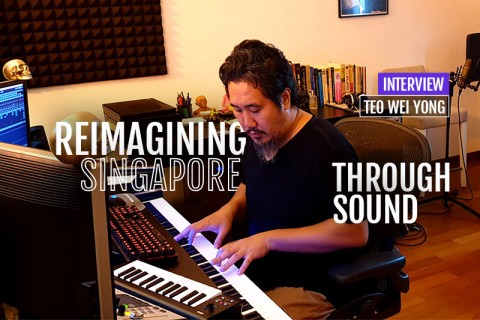 A Land Imagined intertwines mystery thriller, situations of migrant workers in Singapore, and the ongoing expansion of land area of the country. It presents a different narrative of Singapore that is rarely seen on screen. To construct this unique re-imagination in the film, director and screenwriter Yeo Siew Hua collaborated with composer Teo Wei Yong to craft the compelling soundscape for the 'world' of the film. The creation earned Teo the Best Original Film Score award at the 56th Golden Horse Awards. We speak to Teo who has just come back from Taipei to find out more about his creative journey in the film and as a score composer in Singapore. 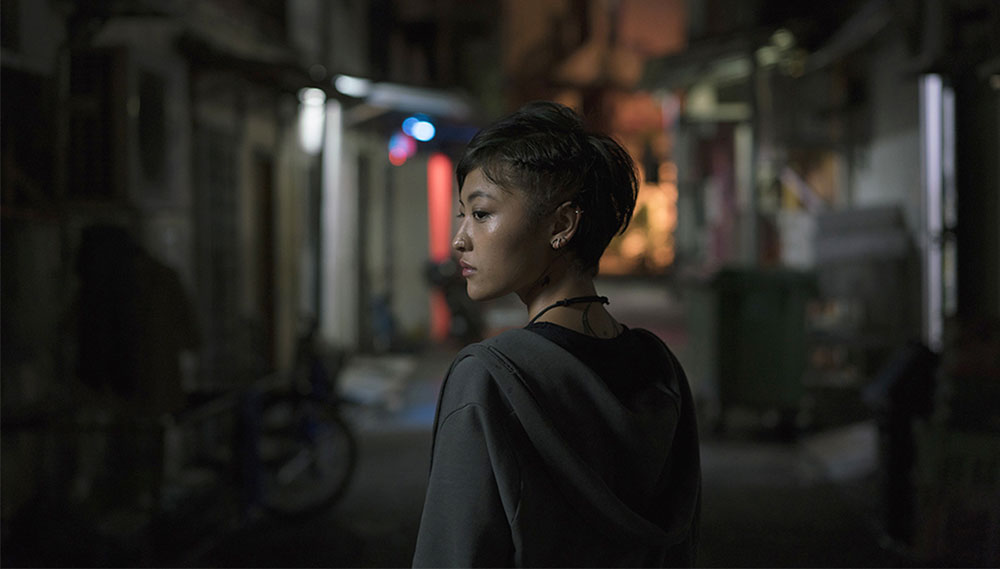 1. Congratulations for winning Best Original Film Score at the 56th Golden Horse Awards! How was the experience working on A Land Imagined and with the director Yeo Siew Hua? Did he have any special requests for the film score? How would you describe your relationship as the composer with the director in the creative process?

Thank you very much. It was very direct and straightforward - Chris (Yeo Siew Hua) has a very good knack for using his mouth to describe the sounds I came up with in order to discuss things he liked or didn't like. If you heard both of us discussing our sessions, it might sound rather awkward, but that's exactly why the communication was very smooth, and we understood each other almost immediately every time. He definitely knew exactly which scenes he wanted music or not, and the rest was up to me. 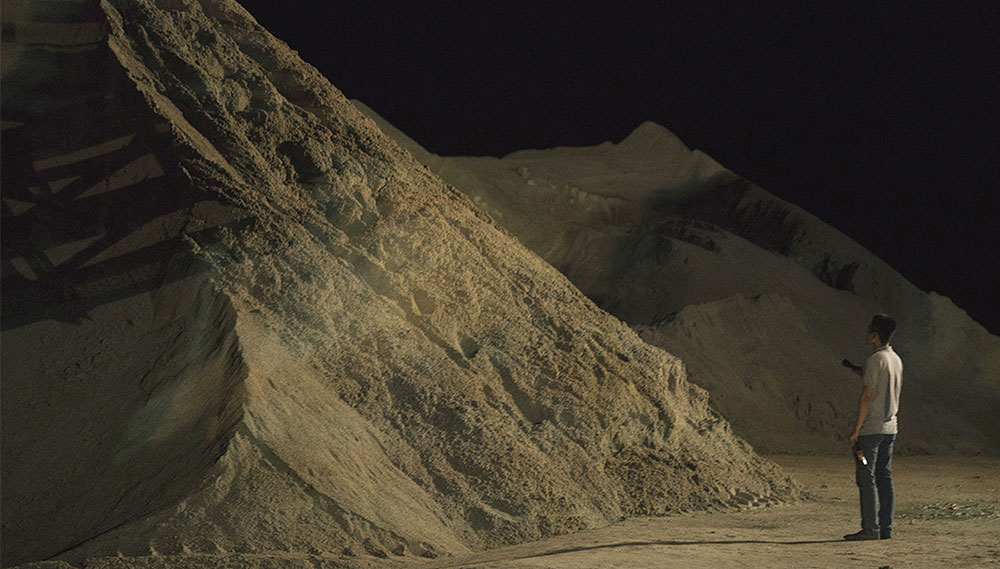 2. You mentioned ‘point of view’ (POV) in your website: “… for dramatic works, music for visuals has to come from a point of view, and often times, requiring that a counterpuntal POV force plays alongside what is already onscreen.” Could you share with us what your POV is in the film? Does the POV change during the process? Do you see yourself having a ‘role’ in the story or the ‘world’ of the film?

It really depends on the film or the scene. Sometimes it's good to complement what's already onscreen, but other times it makes it alot more special if you could play something that is not seen on screen. For example, during the scene where we see the guy (Wang, played by Liu Xiaoyi) and the girl (Mindy, played by Luna Kwok) going for a romantic swim in the ocean, Chris specifically wanted a very brash and harsh sound, instead of romantic music. I definitely agreed and it added a whole new dimension to an otherwise plain romantic scene.

I think composers definitely play a role in the world of film, just like the actors do. They take on different characters and emotional moods.

3. What aspects of the film inspired you the most in the creation of the score? Was it the mystery in the story, the nonlinear narrative, or the setting at rarely-seen, alternative landscapes of Singapore?

It was definitely the lesser-seen alternative landscapes of Singapore. I wanted an extremely unfamiliar soundscape to go with it, almost like as if as a local, you were again seeing this island from a completely different perspective. Almost like you didn't belong. Once I addressed this sense of dread and 'newness', the mystery in the story naturally unfolded alongside the soundscape with ease.

4. In a recent interview, you mentioned that this project allowed you to be ‘extremely experimental’. Could you tell us why? Was it because of the ‘noir’ style? Did you undergo a creative process that you never tried before? What did you discover from this experiment?

I was definitely allowed to push the boundaries compared to more commercial projects. I've long always wanted to do a noir thriller, and this time, not only did I get to do it, but I got to push the limits of even your conventional film noir thriller score.

5. Apart from winning the award, what do you think is the greatest achievement for yourself by being involved in this project?

I'm thankful that I was able to be part of a project that simply treated Singapore as a blank new canvas, a brand new eye, ready to re-examine and re-describe things that we don't often hear about the country everyday. 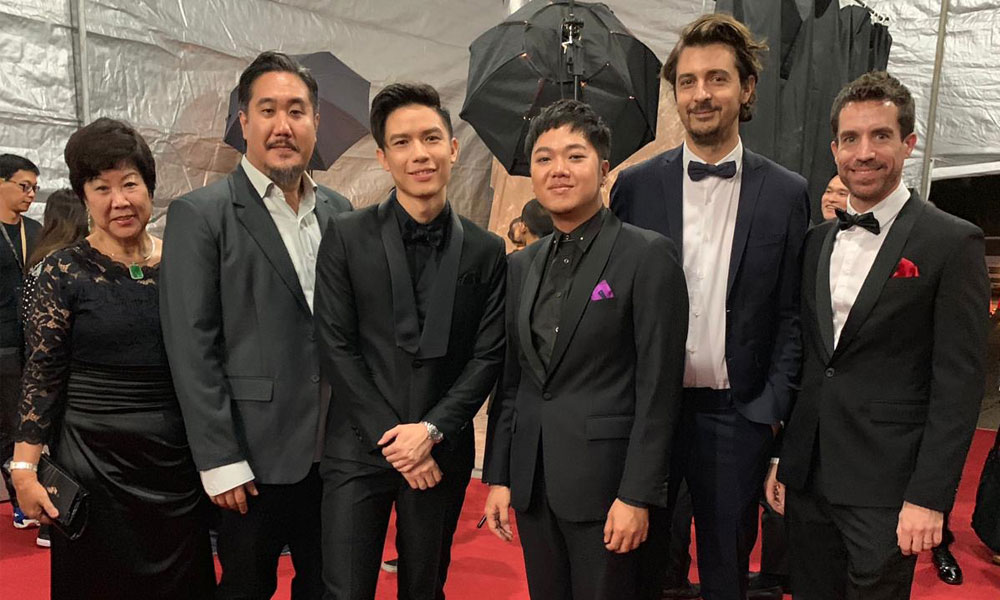 6. I understand that you have a diverse portfolio in music scoring and sound design. How do you feel when you switch between different projects of different genres or styles within a short period of time? You describe yourself as a 'talented traitor'. What do you betray? Your talent, taste, preference, or yourself?

Haha, funny that you asked. The thing is, it's very difficult to survive on just composing music alone in our local market. Not only do I have to wear many different hats (composer, sound designer, synthesist, arranger, orchestrator... etc), but I have to be conscious about what kind of project I'm dealing with, and work within those perimeters. So on one project, I could sound like a corporate hack, and on another, a mysteriously undefined character that you could not put an easy label on. That's just part of the jobscope. Quite a few folks still have that trouble defining me as a composer, because they expect a 'certain sound' from me. I have to keep telling them that I can't survive on that type of typecasting luxury.

In terms of the market, I'm both an eater of the 'big' pie and the crumbs as well. It might not sound that glorious for the 'esteemed composer' angle, but that's the reality, especially in our local market.