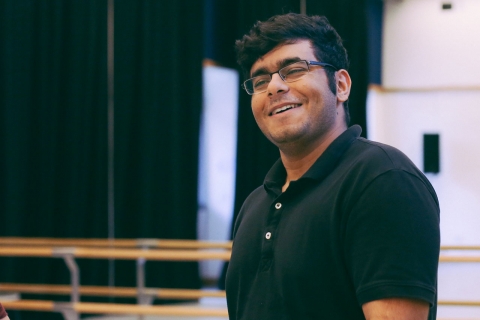 Eurydice, written by American playwright Sarah Ruhl, is Couch Theatre’s latest production. To learn more about this young theatre group and their interpretation of this modern retelling of a Greek myth, we dropped by their rehearsals! We caught up with Uday Duggal who plays Orpheus, Eurydice’s husband (almost). Uday is currently a Law student at Durham University. Eurydice is his second production with Couch Theatre. Like his character, Orpheus, he is a fantastic musician and dancer. 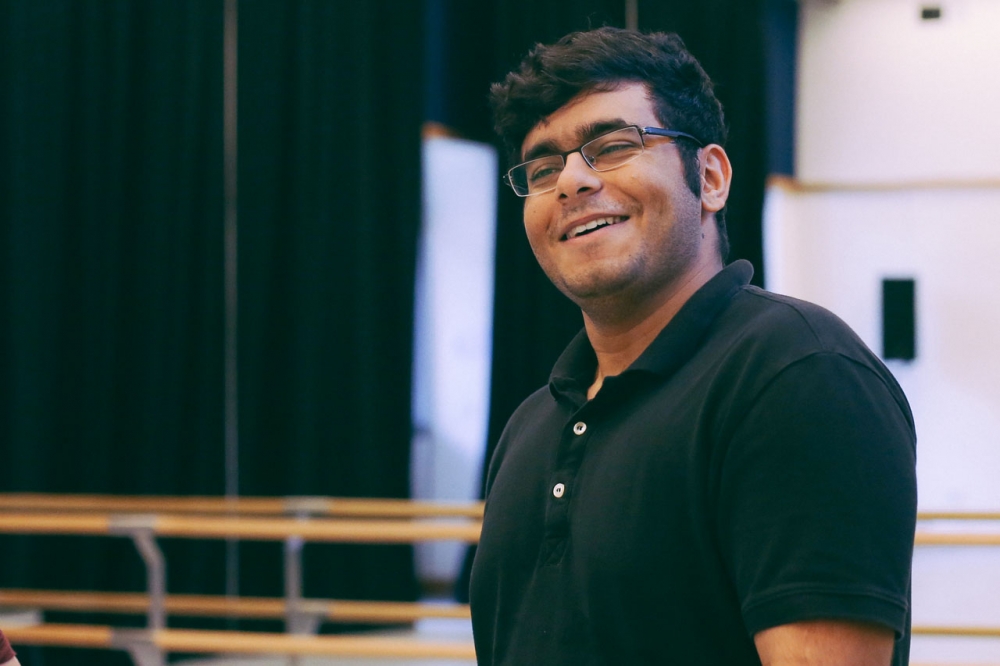 1. What’s your first impression when you read the script?

One… two… three… gosh darn it, how many monologues do I have in this thing?!

2. What is the most melodious word in your lines? Why?

It’s probably… ‘Eurydice’! That seems like a cop-out / Orpheus just being extra nice to his wife but I do honestly feel that it’s a lovely, musical word, and a beautiful name. Our production’s music also draws heavily on the name, weaving the word ‘Eurydice’ into haunting, gorgeous melodies. You’ll see what I mean…

3. If you could choose a song from the ‘real world’ to melt the gods and the Underworld to save your wife, what would it be?

Everlong by the Foo Fighters. It’s a song that feels perfect for the Underworld, in my mind, and re-reading the lyrics, well, parts of it perfectly capture the relationship between a grieving, searching Orpheus and a dead Eurydice. It’s uncanny, and a little heartbreaking.

4. Which aspect of Orpheus is the most challenging to portray?

As an actor who has predominantly been cast in comic roles, it’s been a challenging experience to portray the loss and longing that are so much a part of Orpheus’ grief. But it’s also been fantastic to try something new, and I’m grateful to Couch for giving me a chance to have a stab at that ‘range’ thing people keep talking about.

Well, I suppose we’re slightly similar in that we both love music, and we’re both prepared to do a whole lot for those we love, even things that others might say transcend the realm of possibility, or good sense. That sense of identification helped in being able to portray Orpheus occasionally drifting away, to be with the music in his head, and later his determination to recover Eurydice. On the other hand it’s been tricky to convey a sense of complete mastery over playing music; let’s just say the scenes in which I have to sing or play took me a bit longer to learn than they would’ve taken Orpheus.

6. Why did you think Eurydice called out to you when you were about to bring her away…?

A lifetime of having to say ‘yes, that’s nice, dear’ while Orpheus loafed about, fiddling with flutes, suddenly flashed before her eyes. Quite understandable, really. 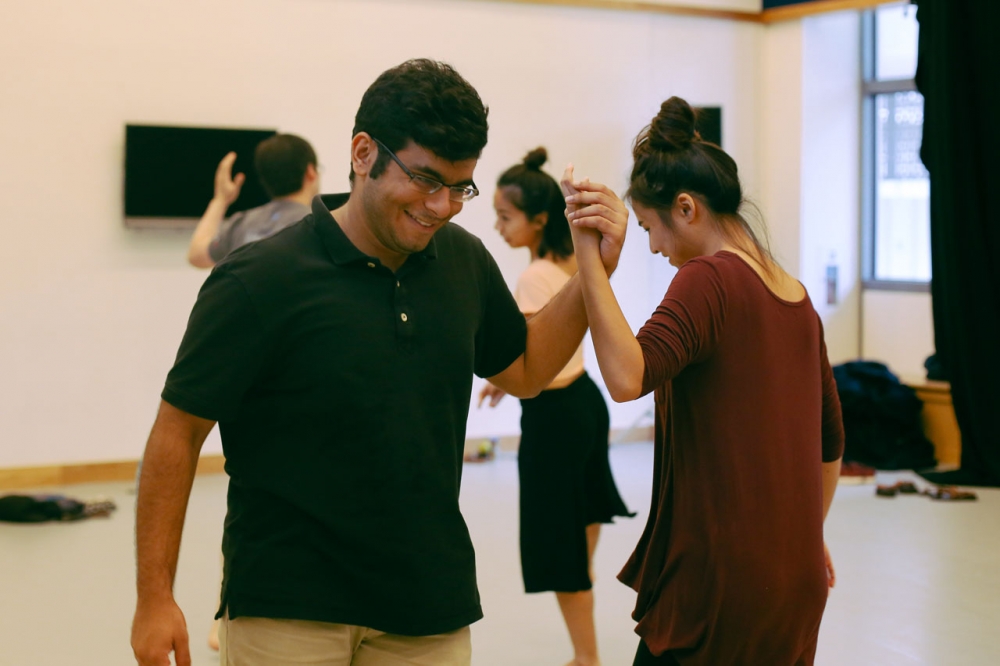 Couch Theatre is a theatre group started in 2013, by a group of young adults with a huge passion for theatre. We strive to be a platform for emerging artistes who wish to hone their craft, and for individuals who are love theatre as much as we do, and are looking for a way to explore their interest. It is our goal to tell stories and create theatre that is accessible, and connects with the Singaporean audience.