Negotiating the Role of an Audio Describer - Interview with Timothy Nga for Not In My Lifetime? 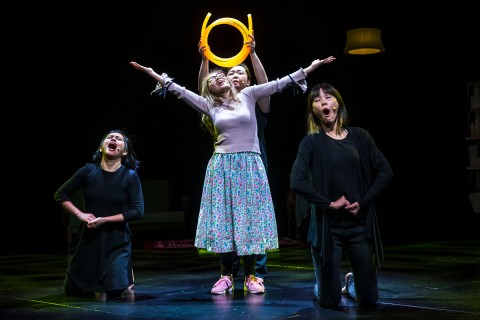 Director Tan Beng Tian has been toying with the idea of inclusive arts for the past two years —how she can work with artists with different needs and how to make theatre more accessible to differently-abled persons. This March, Beng Tian collaborates with a team of creatives from diverse backgrounds and experiences in theatre making, including Alvan Yap as playwright, Lim Chin Huat as production designer and Timothy Nga doing audio description as part of the inclusive access the production offers.

We attended one of the rehearsals a month before their opening. Timothy Nga is on board as a audio describer and he brought us through an unconventional touch tour. Unconventional because we aren’t actually brought onto the stage to touch the physical set as they aren’t ready yet, and also the team is experimenting with alternatives to overcome the time constraint of a conventional touch tour.

In this case, we, as test audience, are blindfolded. Timothy throws his voice in the physical theatre space as he moves around the room to help us gauge how near or far he is from us, helping us orientate ourselves and gauge our distance from the various furniture on stage. The creative team has also come up with the idea of a mini model of the theatre space, constructed to scale, to be held in the hands of specific audience who might need it. The audience could use their fingers to trace the sections in the mini model, differentiated by textures and materials, as they listen to Timothy’s descriptions, to have a better idea of the space and set. (Kudos to Lim Chin Huat as production designer.)

In this rehearsal, Timothy also attempts an unconventional audio describer role by being present on stage as Mr Wrinkle, who sits in the far corner, back-facing the audience in a old rattan chair, saying lines.

But the team has since updated his role, and reinstated him as an audio describer, to be stationed in the control room. And perhaps, even the format of the touch tour has since evolved. Find out more about the creative processes, and negotiations that took place as they work out the accessibility of the production for everyone in our interview with Timothy below! 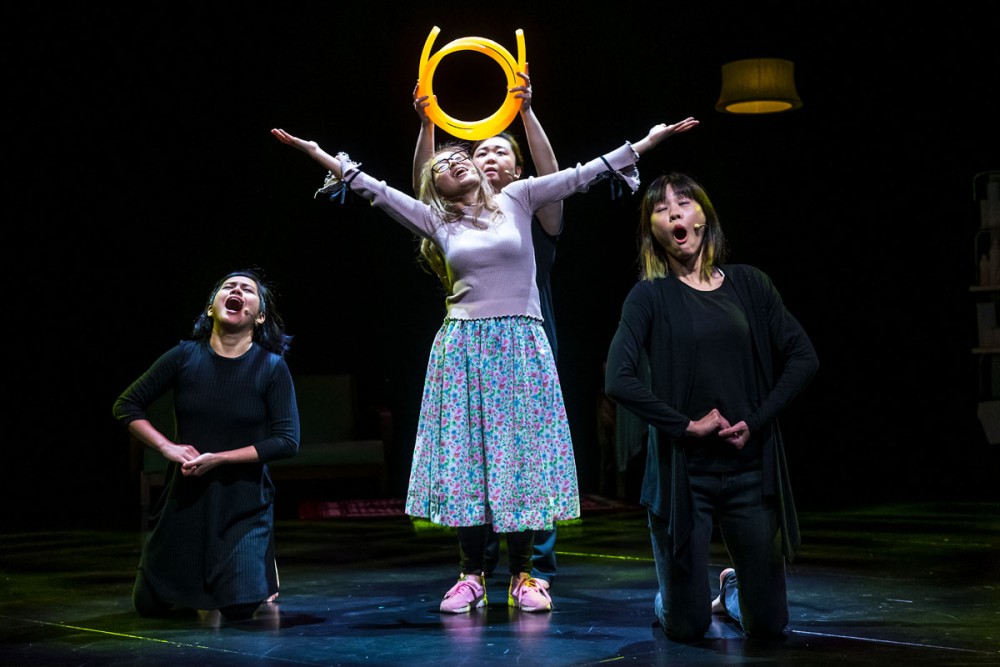 1. What trainings or research did you have to do before distilling the introduction you gave us during the touch tour? I felt it was very well done given the current limitations as voice was used efficiently as a guiding tool to measure distance. And also the anchor words to help visually-impaired persons to better remember certain highlights of an object, rather than seeing every detail of each object. Is there a pedagogy that you are referring to or....?

Thank you! I'm glad it wasn't totally confusing! A lot credit goes to both Beng Tian (director) and Shai (captioner) who attended the audio description course and have experience working with people with disabilities. They've been fantastic sources of guidance as to what to look out for when describing to someone who cannot see.

I've also read literature about neuroplasticity; how the brain-body learns to create to meet a need. Also, people who have lost sight have experienced a heightening practical ability in their other senses as they rely on them more to navigate the world.

As for pedagogy, my own practice in Anne Bogart's Viewpoints and previous work with a sensory theatre company in Spain really helped in raising my awareness in sensory, spatial and tactile elements that can be used to communicate when sight is limited.

2. How do you train yourself to be more sensitive to the needs of the visually-impaired?

I guess the starting point is empathy, which is about being open to interaction and being vulnerable. Admittedly, I'm not close to anyone who is visually-impaired, but I have many friends who struggle with physical and non-physical impairments, including myself. I usually start with a question. "If I could not (insert activity here) what would I need or like to be able to navigate this?"

I also think I've been lucky in that I had exposure to sensory theatre, which has useful overlaps. All of this is happening within a controlled environment of a specifically designed theatre experience. Working with the needs of the visually-impaired in a world and society that is not designed to meet the needs of someone with disabilities is another challenge altogether. For example, the building we're working in is not particularly designed for people with disabilities and the team has had to take specific steps to make it more disability friendly. This is a systemic problem that requires more than a play to change, but I hope this starts a conversation that leads to greater empathy and consideration.

3. With audio-captioning in the play, even as Mr Wrinkle, how do you intend to describe the scenes verbatim without discounting too much on the artistic aspect of the show, or how can someone only hearing the play feel the synonymous aesthetics as someone who is watching it?

This was actually an ongoing discussion between Beng Tian, myself, Alvan (playwright) and the other performers, especially those who have experience working with people with disabilities.

The rehearsal you saw was one of a number with test audiences for feedback and we managed to get a few non-sighted audiences in for the last few rehearsals. The feedback was that Mr Wrinkle's descriptions were insufficient to clearly picture the stage and character actions. So, I've been restored to an audio describer role and will be speaking to specific audiences through a translation set from the control room.

Kudos to Beng Tian for being rigorous in research and testing and to Dan Fong (Production Manager) for working with the venue to procure translation sets on such short notice. I'm really happy with this decision and it holds true to the conversation I had with Beng Tian early on - that for this play at least, audio description should not be included as an after-thought. So, if you're coming to watch the play and you're an individual with sight, try experiencing a performance with the translation set, and even close your eyes if you feel like it. :-) 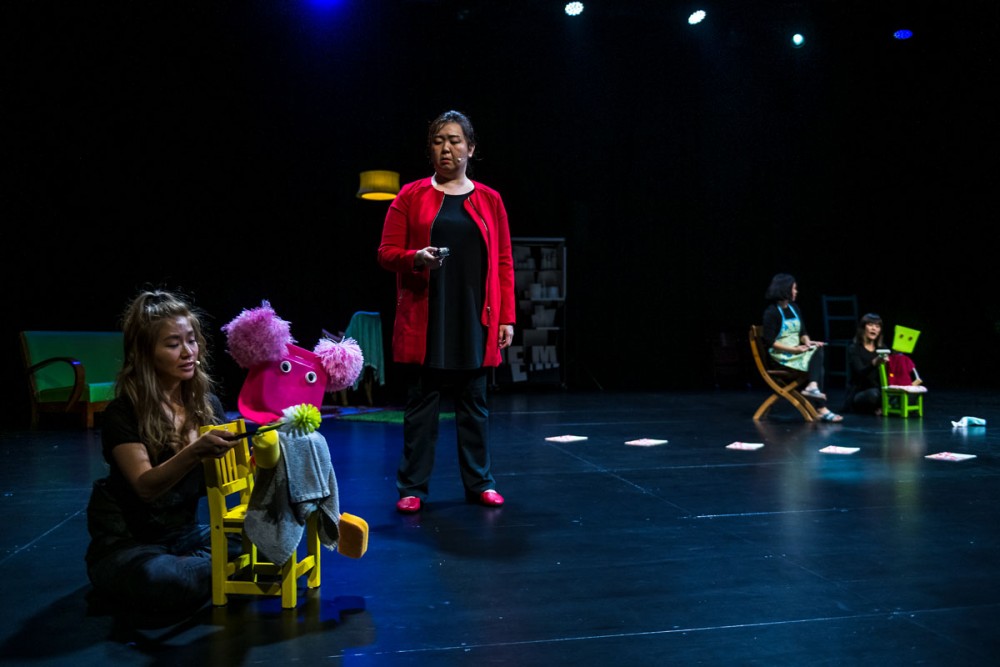 Not In My Lifetime?
by The Finger Players
Date: 5 - 17 Mar 2019
Venue: Gateway Theatre
Visit event page