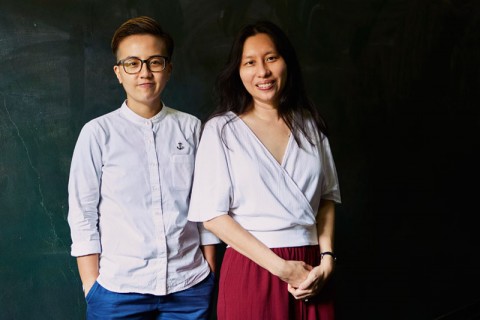 Happening in a reflective space in the form of a terrace house in Chip Bee Gardens, the installation prompts audience to think about the issue of patriarchal violence and how it has invariantly and invisibly affected our lives.

Since MISSING: The City of Lost Things in 2018, where audience was asked to undergo a personal journey to seek out a lost connection in their lives, Han has continued to explore ways in which an audience becomes the protagonist of the narrative. She puts together a team of collaborators hoping to evoke a similar synergy. The creative team consists of playwright Jean Tay, sound artist Darren Ng and lighting designer Lim Woan Wen.

We speak to Han to find out more about her vision for this production and Jean Tay about how she came aboard this project. 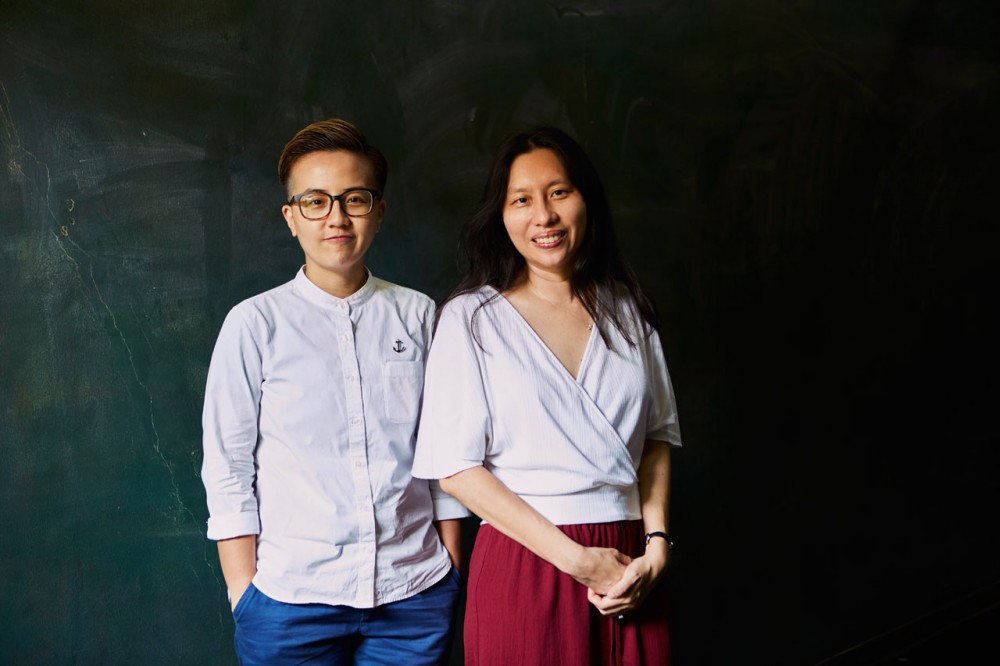 1. We found an old piece of research report written by AWARE in 2002 that tries to advance the achievement of equality between genders in Singapore. How do you think articles like this and/or current affairs may inform the audience when they visit the installation?

2. How has the writing of Rukmini Sen about "the need for an everyday culture of protest" inspired you? What prompted you to work on such a topic? And by topic, could you elaborate on what this topic actually means for you, what are you thinking about when you talk about patriarchy in this case.

Han: FLOWERS started as a response to sexual violence (mostly against women). I had wanted to unpack and investigate my emotional resonance with the issue. This then led me on a journey that eventually arrived at the notion of "patriarchy". During this journey, I've had conversations with individuals who have lived through violence of different types and severity, as well as social workers who encounter many lived experiences of violence. These conversations inspired me, and I realised that what I really hope to address is how all of us, regardless of gender, are affected by the patriarchal values that are so prevalent in society.

To me, patriarchy refers to a way of thinking that places man at the centre of power in society. This way of thinking then manifests itself into the various aspects of life: self-identity, inter-personal relationships, family, education, governance and so on. Within this system, men are presumed to be superior to women, and masculine qualities such as control, domination, ownership are valued over feminine qualities such as emotional expressiveness and compassion. Men and women are also expected to display the prescribed qualities, and I feel that being forced (consciously or unconsciously) to conform to these qualities is an extremely violent act, and this project seeks to ask this question: What [is] the cost of patriarchy on all of us?

Tay: What I’m interested in exploring is how people treat each other, and how this is sometimes heavily influenced by the expectations that society lays upon us. This often happens within a family context, which is what we are exploring here. Unfortunately, those fears and expectations can end up distorting relationships that had the potential to be nurturing and loving - I think that is the unspoken tragedy that I wanted to explore.

3. How did you pick up Jean Tay's work or was the text born out of a discussion between the two of you?

Han: The text came out of discussions between Jean and me, as well as group discussions including Darren and Woan Wen. 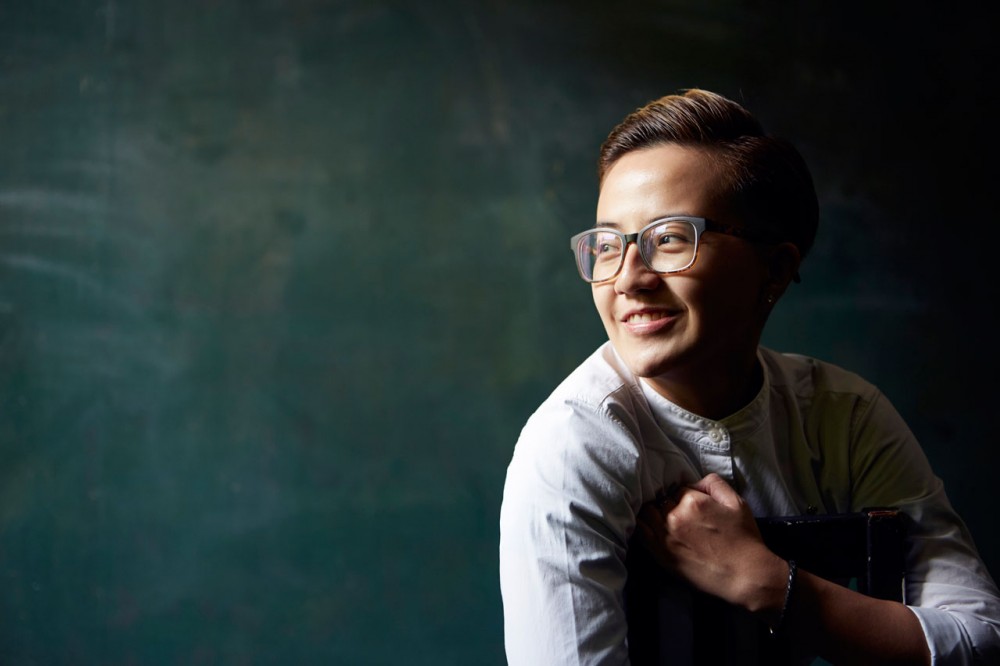 4. How are the objects like in the space? Is there any intent to push the audience out of passiveness?

Han: The main intention is to create a physical, emotional, mental space for a person to encounter a story about a family, juxtaposed with the living environment inside a house, so that this person can make his/her own associations and connections between this encounter and his/her own life. If you are referring to specifically designed tasks that audience are asked to do, there isn't such a design within this experience. For this work, it is deliberate that there is a lot of room for the audience to decide how they want their experience to be like; for example, there isn't a designated route or flow, and there isn't any enforced participation or tasks involved.

Initially, I looked at the items under two broad categories:

1. Thematically-Driven: related to the topic of patriarchy

2. Character-Driven or Functional: daily household items that also help to give character to the house and family

Then Woan Wen introduced an additional frame that we could use to curate the items. So, within these two broad categories, we further separated them into Identity Claims, Feelings Regulators and Behavioural Residues. So ideally, when you look at the things around the house, they are multi-layered.

5. Tell us about the format of the presentation or tangible forms in the work. Is there a particular ambience that you were trying to emulate or create? Does the history of the site play a role in the narrative of the installation?

I think instead of consciously thinking about the ambience, the other thing that lays the foundation for the other artistic choices/decisions is actually defining what the audience experience is; how would we like the audience to engage with the work? It was clear to me that this is not going to be a mystery-solving kind of experience, and that the audience should not have to be preoccupied about finding clues to help them understand the story, thereby meaning that the audience should have time and space to just be instead of constantly having to perform tasks. Also, since this was also an exploration of the everyday, I think naturally the direction of the work tend towards the more everyday, familiar and perhaps even mundane. Taking all these into consideration, somehow the ambience of the work, I imagine, will lean towards being a quiet one.

The choice of the house was never intended to be site-specific; I didn't choose the house or this particular estate because of prior knowledge of its history. The choice was really very instinctive. However, once the choice was made, it was always on the back of my mind to address why this experience takes place in a house / domestic setting, and thanks to the team (Jean, Darren and Woan Wen), we eventually settled on exploring the family as an institution of patriarchy. Later, I learnt about the European influence of the estate, and it somehow fit nicely with another thread that I was interested to explore, which is, how has being exposed, educated and influenced by Western culture play a part in the awakening of the younger generation with regards to patriarchy and gender inequality, and how does that impact the inter-generational relationships within a family.

Footnote (from the Handbook of Social Psychology, Volume 1):

The evidence we leave behind in our spaces can be split into 3 main categories.

Identity Claims are objects in our space that we use to showcase our identity, values and personality traits. Identity claims can be real expressions of ourselves or merely what we want people to think of us. They are the decorative objects such as trinkets, awards, posters and photos. We even do this with tattoos, email signatures, watches and wallets.

Feeling Regulators are things that help us manage our own emotions and thoughts. Family photos can help keep someone grounded at work. A tattoo on the inner forearm can be a reminder to someone when they look down while driving. A quote on a post-it note can help remind us to be grateful. In this way, our stuff helps remind us of an idea or value.

Behavioral Residue is the stuff left behind by our actions. An energy bar wrapper? A bobby pin from the night before? A half-read magazine? These are the physical traces left behind from our activities.

Read part one of the interview here.