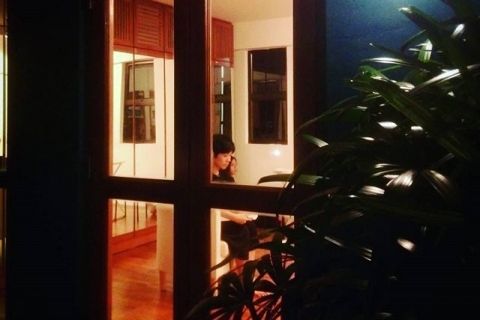 We paid The Second Breakfast Company a visit at their rehearsal on a Wednesday night, at the pretty blue house of Centre 42. It will also be their choice-venue for performing Leow Puay Tin’s Family (also known as The Yang Family when directed by Ong Keng Sen in 1996). We are told that The Second Breakfast had the intention of finding an old house to house the play, and they were lucky to have found Centre 42, which was previously a 1960s two-storey bungalow. 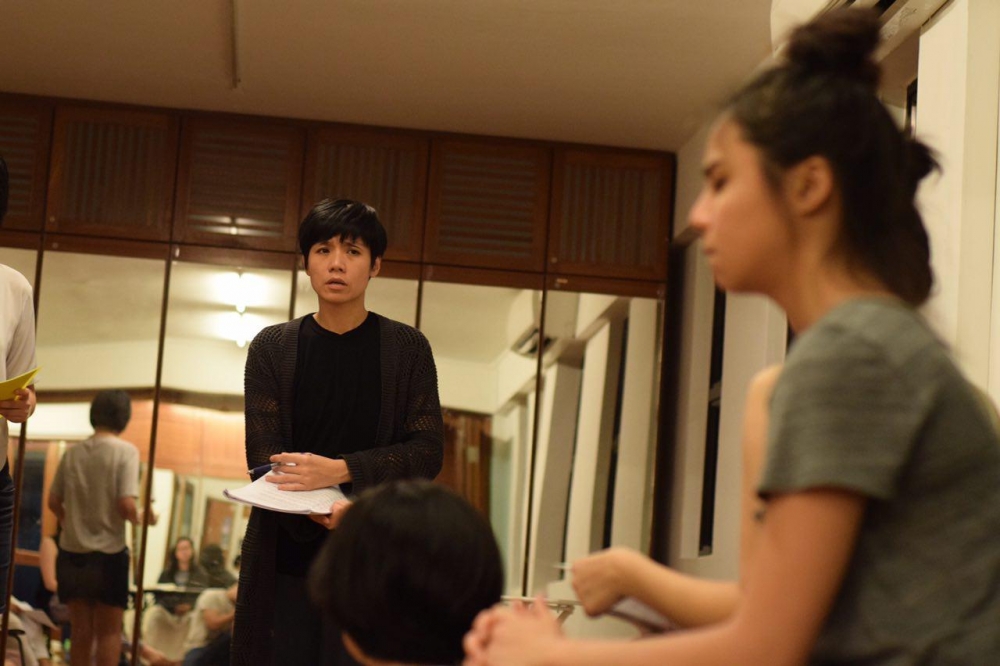 Chio Su-Ping takes the role of Mrs Yang, the axle of the family and matriarch of the play. During the rehearsal, she was perpetually deep in thought and conscientiously going through her lines, often alone at a corner of the studio – perhaps due to the long monologues Mrs Yang has in the play. We thought, this scene aptly reflects the arduous and lonely journey of a mother, bearing the weight of the family on her shoulders.

1. What prompted you to take up the role of an unwilling yet unyielding matriarch of the Yang family?

I was prompted to audition for the show by a friend who told me to go. I had never read the play, nor had I watched the previous productions of it. However, when I read the script, I found it very intriguing and knew it would be a challenge to understand who this woman was and why she behaved the way she did.

2. Watching the girls running around the place during the rehearsal, we are curious… how do you tell your daughters-in-law apart?

I’m afraid I can’t actually tell them apart. I can tell the cast members apart of course, because they all look different and have markedly different personalities but as to who’s playing which son or daughter in-law, I pretty much rely on blocking and positions and line memorization. If someone happens to be standing in a different place that day, I honestly wouldn’t know.

3. During the rehearsal of the Dear Mother scene…
What are you thinking about in your chair as you read your sons’ letters about their fortunes and mishaps?

For now, it’s mainly what my lines are in the next scene because in the next scene, my character has this very long speech about the weather! Of course, I also listen and am alternately proud of how my sons are working hard and concerned when ill befalls them.

4. How much like Mrs Yang are you? How does that help/does not help you in contemplating the role?

It’s hard to say whether or not I’m similar to Mrs Yang because we’re in such different circumstances. However, I do think that some of my relatives were like Mrs Yang. My parents have told me stories about their mothers and grandmothers and they were all incredibly strong and resilient. They also had that stoic attitude that allowed them to endure a great hardship without complaint, and make hard, practical decisions without letting emotions cloud their judgment.

About Chio Su-Ping
Chio Su Ping is a graduate of the NUS Theatre Studies programme and has been working as an actor, drama coach and language trainer for over 10 years. In the course of her career, she has voiced for animation projects playing different characters of different nationalities. She has also recorded educational materials for Thomson Education, Pearson Education South East Asia, and training materials for companies such as Fuji Xerox and DHL. She is the voice of the audio guide at Underwater World Singapore and is also one of the virtual guides at Singapore’s Asian Civilizations Museum. Along with having done numerous local radio advertisements for clients ranging from Harvey Norman to Citibank, she voiced a recurring character in the International Emmy nominated animation series, Saladin, which was produced for Al Jazeera Children’s Channel. Su-Ping continues to work with government and private schools training students and adults in speech, communication, and drama.