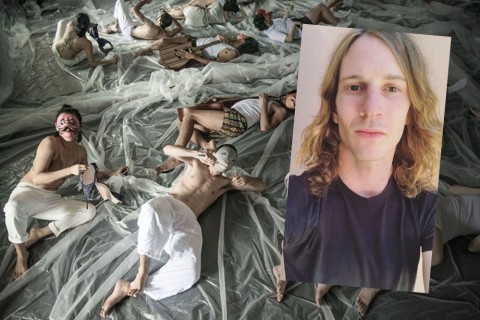 Andrew Sutherland is no stranger to Singapore’s theatre scene. He graduated from LASALLE College of the Arts and had previously written and staged Chrysanthemum Gate in Singapore’s Fringe Festival and Poorly Drawn Shark  in Perth’s. His works has often pushed boundaries on several fronts and received praises for being intersectional, brutally aware and unflinching. This is our first encounter with Andrew. In this interview, Andrew reveals his fervour "to make work about what you can’t look away from". 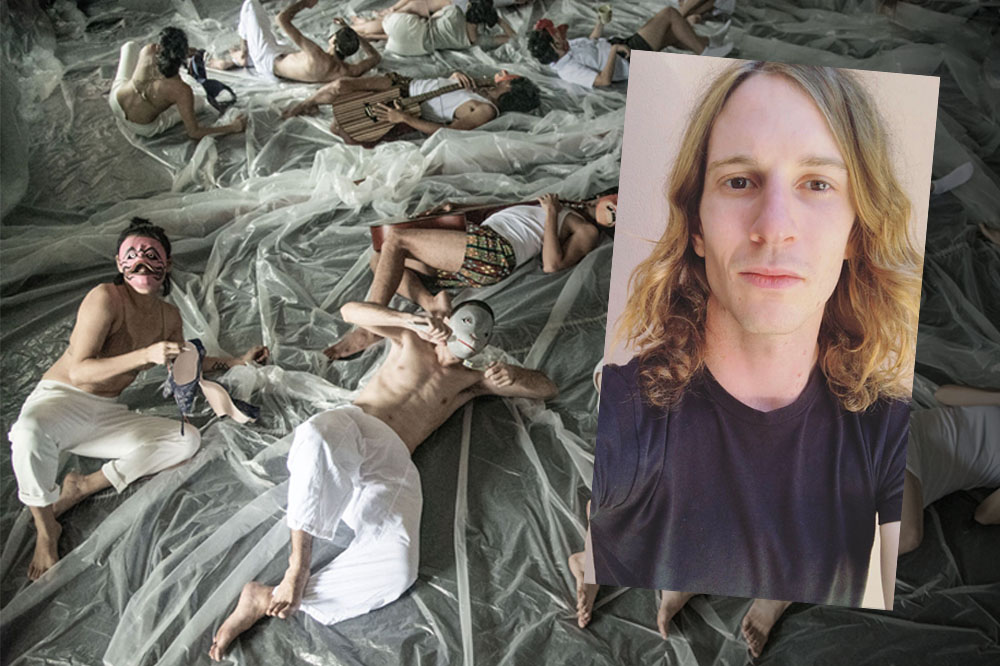 1. Why climate change? Some of the previous plays you’ve written seem to revolve more around sexuality, racial stereotypes and politics... Why the choice to focus on the climate issues this time round?

I don't think issues of race, gender and sexuality, class, nationhood etc. are proving to be separate from the reality of climate futures. I think we are able to see very clearly how issues related to migration, wealth inequality, Indigenous land rights, historical colonisation and neo-colonisation interact with, and will continue to wrap themselves tightly around, the global climate crisis. One of the dumbest and saddest examples recently, which perfectly encapsulates this intersection with (for instance) queer lives, was a study showing that a huge proportion of American men avoided 'climate-friendly' behaviours because they perceived such behaviours to be feminine or queer. I think that's both infuriating and tragic. But it also perfectly showcases why it's inappropriate to suggest that other forms of activism are 'unimportant' compared to the climate crisis: because these activisms are not unrelated.

I guess the short answer to this question is that climate change - or, discussion around climate futures and the idea of future itself - was what Wan Ching and I wanted to work on together. The longer answer probably starts with the fact that I think it's important to make work about what you can't look away from. And as much as this is a work involving climate futures and environmental issues, it's more so a work about how we relate our emotional lives - our relationship to hope or our personal futures - to those issues, whether knowingly or unknowingly.

2. We hear that the play intends to "explore human relationship against the backdrop of climate change" some time in the near future where consequences of climate change can be felt. Does the play try to tap on the power of a speculative fiction?

To me, the play is set in some form of the present. There is as much awareness or focus on what we might term 'regular' environmental phenomena in the play as there is of projected climate disaster. But what interests me is the way that the goal posts can keep being moved - how the consequences of climate change will be felt in the near future. Consequences can already be felt - of course, that's not to say there won't be more, and greater - but we seem to continually project the reality of it into a future event, as something that isn't happening but will happen later. I think that's important to the play - there are characters who don't seem to have any acknowledgement of or connection to climate issues in the text - and that's part of the point. We're so mired in the present.

There are shades of speculative fiction at work in the text - and there are characters (human and otherwise) who are deeply grounded in various speculative futures on this topic. For me, certain elements of speculative fiction have become very important to my theatre-making, because I have become more and more invested in ideas around hope and futurity - particularly queer futurity - and how I can project myself into a future that has the potential to be radically different from the present. 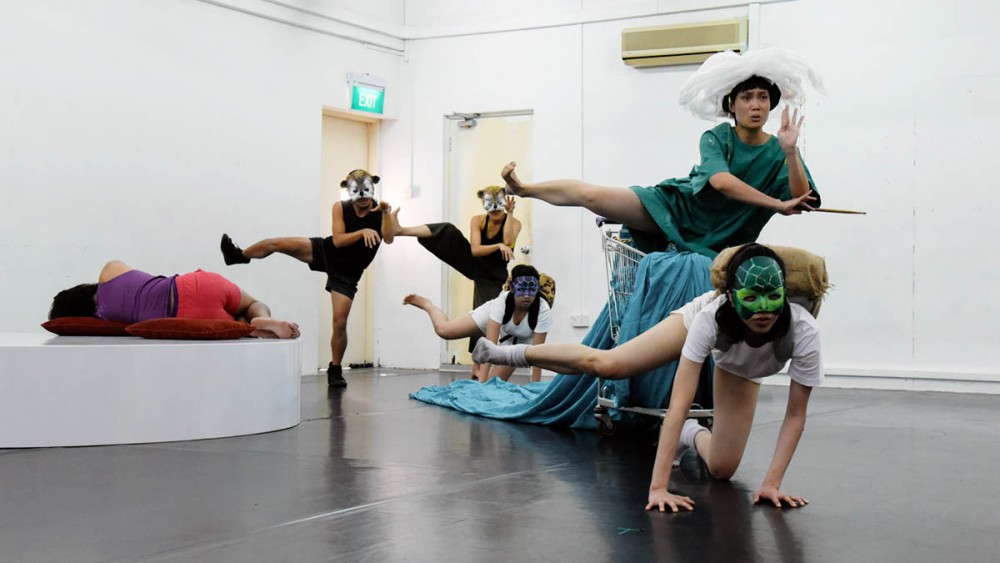 3. Coincidentally, in this year’s National Day Rally, Prime Minister Lee "made a slew of announcements related to climate change". Climate issues often manifest itself in technology-related or policy discussions. What or how can we discuss about climate change in the arts or theatre?

The simplest answer, to me, is - why shouldn't we? We should discuss these issues anywhere, including in theatre. A more specific answer might be that I make theatre and performance because of its power to draw associations between things and communicate via those associative spaces, rather than by logical or quotidian connections.

4. Do you believe that theatre can effect social change?

I think that absolutely there are places in the world where theatre and performance are a 'frontline' of activism. But I would say that in many places (particularly, for instance, where the arts are in large part government-subsidised), theatre is in no way the most efficient or direct use of one's time, in order to affect social change or fight for a particular cause. (It also seems to me that as much as the institution of theatre has the potential to bring people together in a shared discourse, it also very frequently seems to exist in order to uphold or replicate the systemic structures it pretends to critique.) This is not to say that I don't think theatre is inherently politically active, or cannot affect social change. I just think that if you are checking in with each of your works for its social impact, as if it were an easily-measurable KPI of minds changed or lives saved, you are in for a very sad time.

I read something once, and I wish I could remember who wrote it, that described performance as "small acts of repair". One of the reasons I continue to make performance - and the way I treat the 'activism' of the work I make - is that the change you affect, if any, is ultimately immeasurable and out of your control. Somewhere in the shared space between the associations you draw as the artist, and whatever associations each audience member might then make, there's so much potential - and that's where, I think, the idea of 'change', or 'repair', is able to appear. That's the unquantifiable benefit, and it's why I try to allow audiences into a feeling or a conversation, because very often the point of making art is to explore not having the answer. Outside of the performance space, though, I highly recommend direct activism. 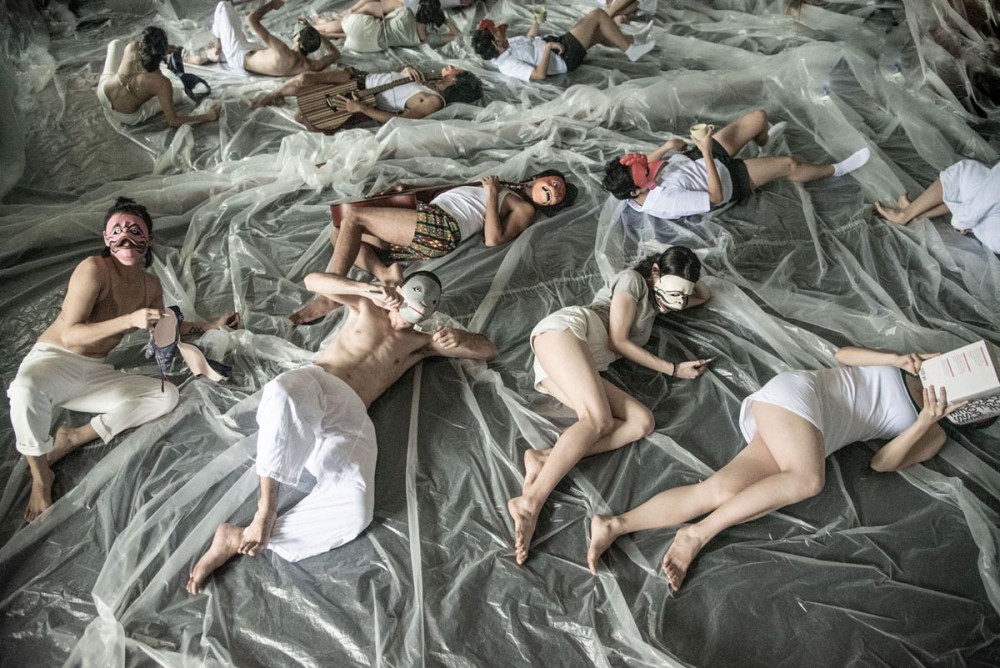