Interview with Kai for Blunt Knife 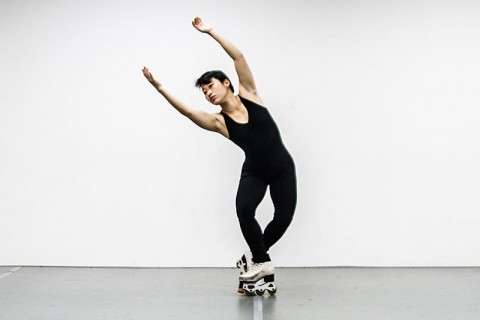 Kai is a new friend. And due to some serendipitous adventure, we meet her. And our first encounter with her is... a modified version of Blunt Knife. The venue is a vacated bedroom. As she walks us into the room, she is already into her role as a narrator, but at the same time, the narrator is herself. She is unable to perform the physical movements due to space constraints, we view the movement sequence vicariously through a video recording on her laptop. She disappears nonchalantly into a wardrobe, and reappears right when the video ends. The ending pushes me out of passivity suddenly; my heart is thumping so fast; I feel her anger and my own anger against myself; I think about freedom, choices and rights. 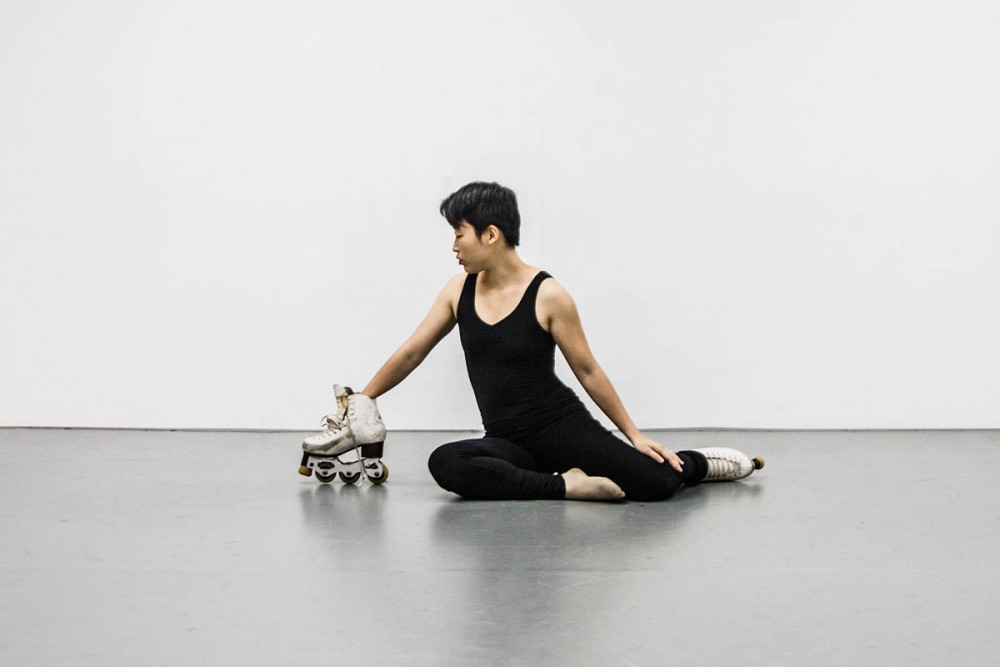 In an earlier conversation, Kai admits that Blunt Knife is the most personal work she has done thus far and the most important thing to her for the work is that she tells her story in her own way. I wonder if it was arduous or painful to give so much of yourself to others in such a intimate, confessional work. Kai kinda answers my thoughts, saying that she sees this work as a reward. She feels like she is making this show for people who might have had similar experiences to herself; people who might have felt similar things. She would have liked to see a show like this herself, she says, maybe 15-20 years ago when she needed it the most. There is a quote she recalls: "What is most personal is most universal”. It’s an ideal she is working towards, trying to have faith in that: "If I tell my personal truth, it will have an effect on others."

The work is like a present to herself, now that she finally gets to put the story out there. We speak to Kai to go deeper. 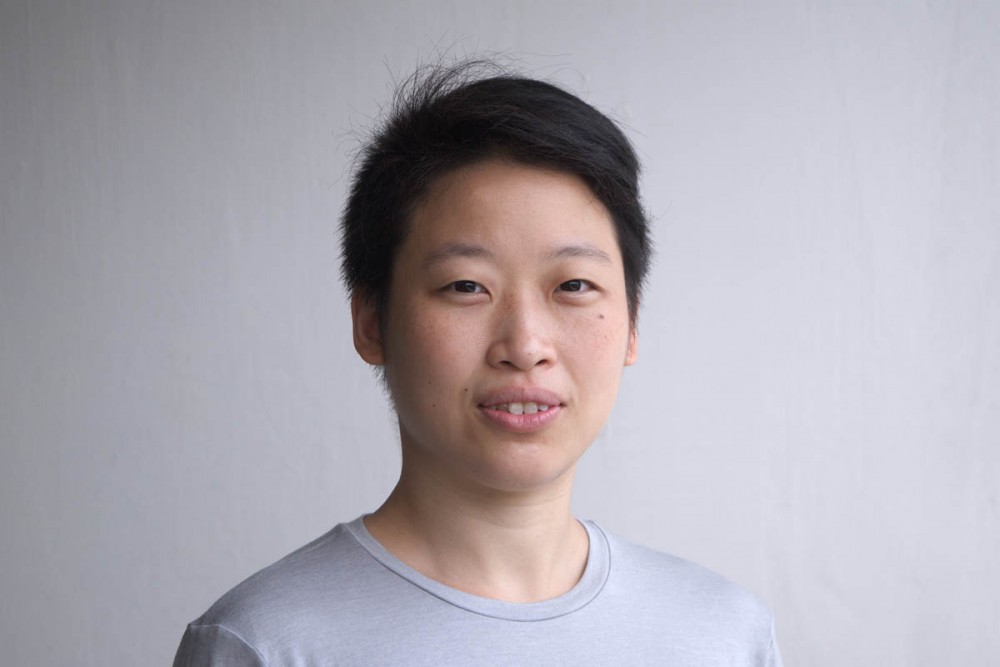 At first, I wasn't thinking about doing a confessional piece. I thought about just doing a skating piece, with a focus on residual muscle memory from my skating days. I thought the piece would be purely about physicality and dance. As I worked more in the studio, the other memories connected to my skating kept bothering me.

Concurrently, there were two significant events: one was the #metoo movement in 2017/2018, and another was a friend starting a project related to consent and body safety. I felt I couldn't participate in either of these things. Something was preventing me from participating, and I felt I couldn't talk about it to anyone. My bottled-up confusion started leaking into the studio and then the piece became what it became!

One "device" I've been using for a while now is to have some written text overlaid across movement and music. I've done it in three projects now and feel comfortable with it as a method. It allows me to write my thoughts out, not have to speak them (I don't have any voice training), and focus on dancing while audiences get to choose how much time they spend reading the text versus looking at my body. It works for me because it helps me tell my story through actual words (not through dancing, which I don't believe is a great medium for storytelling), and it reduces my own anxiety about dancing because I imagine that audiences are busy reading text and so maybe not scrutinising my body too much.

I see my body as an instrument. My mind plays the instrument. My body just has to try its best to perform what my mind designs. Actually, quite often my mind expects too much of my body, and my body becomes a disappointment. Still, it's better to work with my own body, because I think if I use someone else's body, I'll have to learn a slightly different instrument, and I'm also not sure why someone else might let me play them as instruments in the first place. My body definitely lets me play it already. It's not a very good instrument but it's familiar and it gives consent. 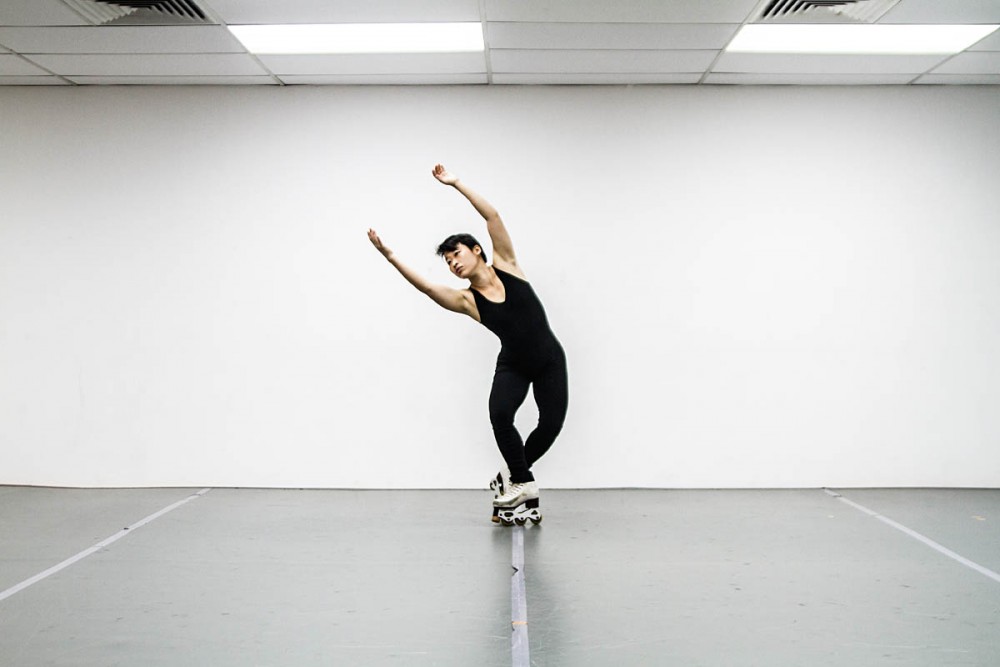 3. How did you become intrigued by the issues that "consent" presents? Is it a societal issue that you are concerned about? Or...

I don't identify as someone that does consent work. When I compare myself to some consent activists/workers that I know, I feel like I'm not like them at all. So maybe I'm not really interested in Consent as a topic or a social issue? Maybe I'm just interested in interpersonal relationships, how to be kind and respectful, care for others, love, empathise... and when I wonder about consent, it's more like a by-product of wondering about interpersonal relationships.

I'm not very good at or faithful about categorising my work - when people ask for a category, I make one up, whichever seems most appropriate at the moment, and then it could change again on another day. I think categorising things helps people to have an idea what we are talking about. I think labels are useful. So for example, if I go to a Ballet show I don't want to see Butoh, and vice versa. I want to roughly know what something could be like, based on what category it is in. So I think it's good when people invent new categories, like "visual theatre" or "contemporary performance." It's helpful for the field. As for Blunt Knife, I am happy to categorise it under these genres: dance, theatre, performing arts, confessional solo.

5. In a previous conversation, you mentioned that you “tell your story in your own way”. Does this mean you don’t need to "act as a character" in this performance? How are you preparing to perform "yourself" for the audience?

Yes, I don't have to act as a character at all! And I don't have to prepare much for acting as myself. I think I would have to prepare a lot more if I had to act as a character. I'm not trained in acting at all, so, it would be much harder for me to convincingly become a character. I love to just relax and perform myself. :) The dancing is what I'm most worried about, so I'm preparing my body, but there's nothing I'm preparing in terms of character acting. 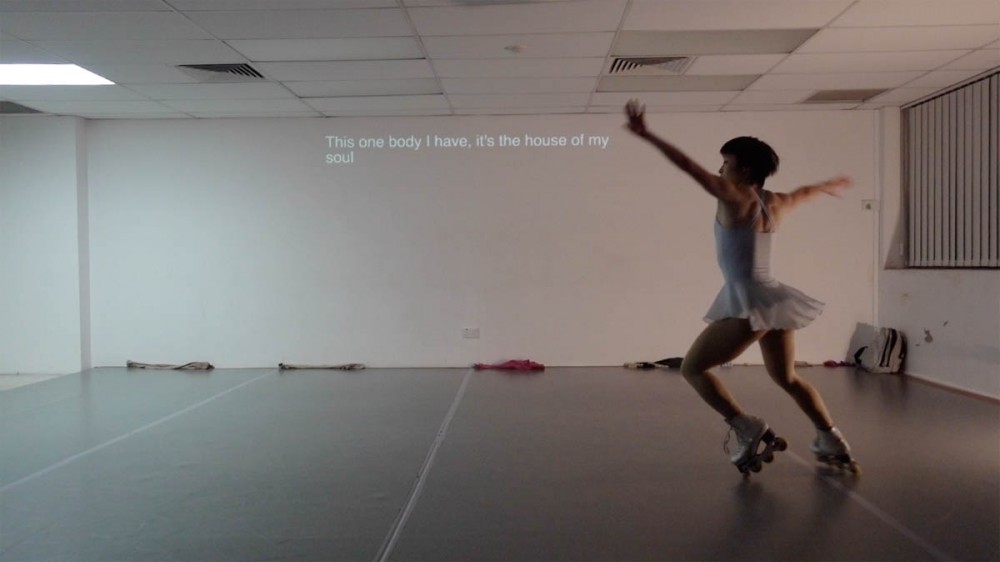