ciNE65 – The Awards… and The Grandeur

“Here we are again at Golden Village, Great World City!” Only this time it’s bigger, with big shots from the film and entertainment industry, and valuable prizes to be given away. Best film, best direction, best editing, best screenplay, best sound design, best cinematography, best art direction, favourite actor and actress… a total of 17 awards of ciNE65 were going to be revealed at the awards ceremony. 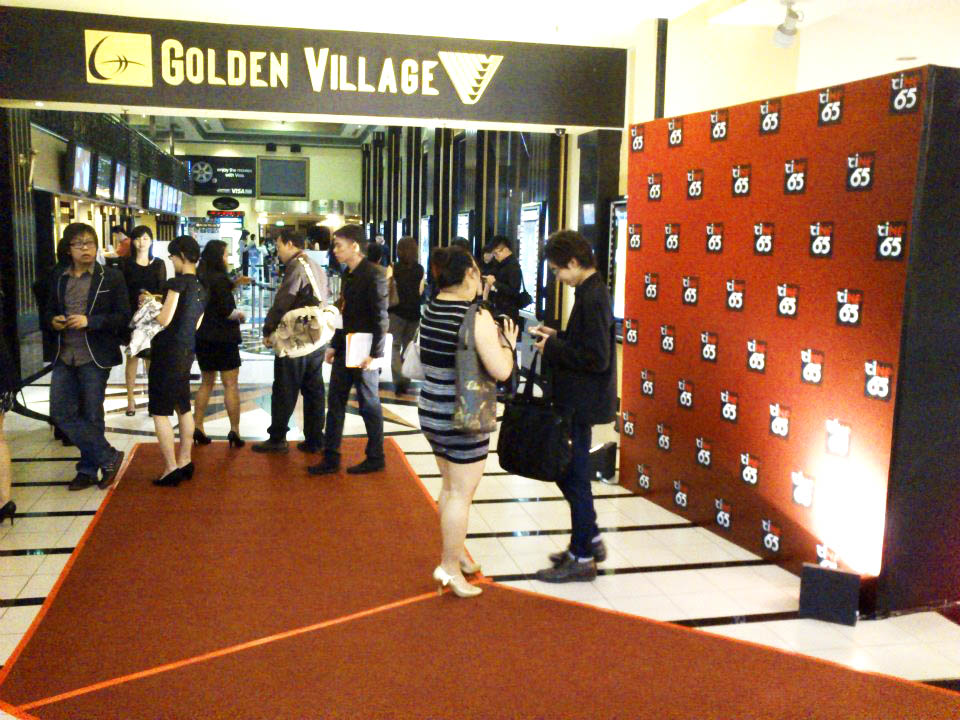 The evening started with gala-style red carpet to welcome the invited guests, a warm reception, a brief introduction by the always-hilarious Chua Enlai as host and an encouraging opening speech by the Guest-of-Honour, Minister of State for Defence and Education Lawrence Wong. The atmosphere quickly went tense as the announcement of results followed right away. The handsome-looking trophies and Sony cameras were presented to the winners by renowned media personnel including Kurt Rieder (CEO of Golden Village), Louisa D’Arcy (creative director of Artison Asia), Sanif Olek, Wilson Yip, Juan Foo (filmmakers), Irene Ang (celebrity and CEO of FLY Entertainment) and Genevieve Loh (film critic and journalist). Receiving the awards from them is surely a huge encouragement for the young filmmakers in their journey of film making. 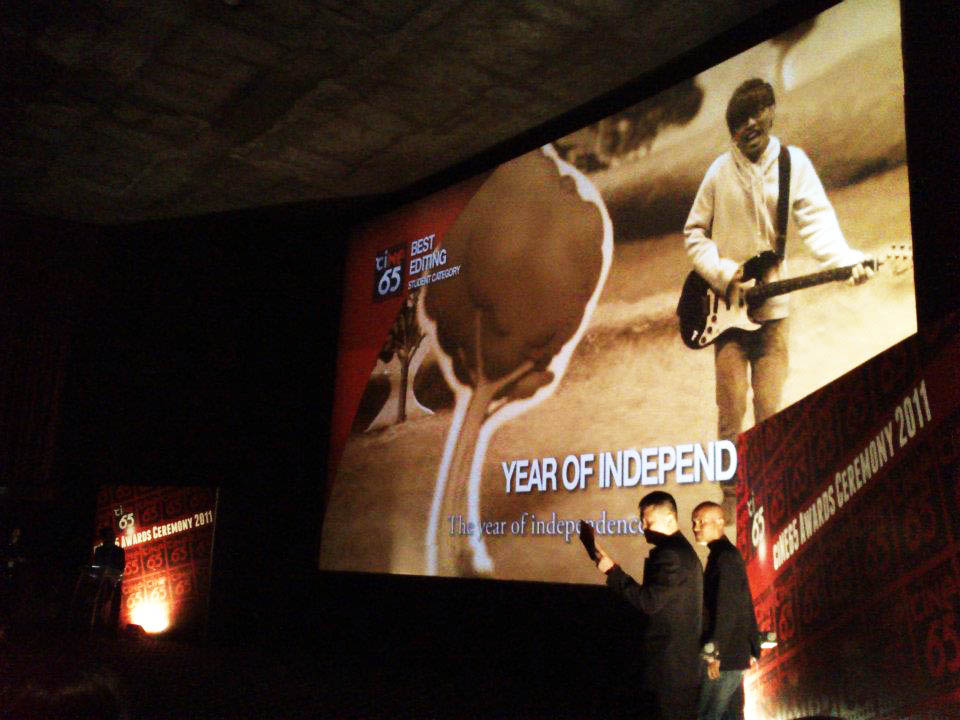 The winner of Best Film (Open category) is not an unexpected one.The Team  presents itself as an ‘all-rounded’ short film: fast pace, good build-up of tension, well-received theme and elements… it even features all three races in the story. It received generous applause every time it was shown on screen.

One of the most lighthearted films in the competition, You Can Take The Boy Out Of Singapore, won the Best Screenplay (Open category) award. In the film the main character (played by Brian Liau, the director himself) lives an Australian life the Singaporean way, with the unique Singlish and special terms for ordering food. He flew back from Australia to attend the ceremony and the trip is definitely worth it.

It’s a surprise win for Long Ride Home for the Favourite Film award. Its slow-paced and subtle style was initially thought to be unpopular among audience. Nevertheless the director Ivan Tan won Best Direction (Student category) as well so this proved that simple storytelling works. Personally it’s great to see his win here as we met at the workshop organised for this competition a few months ago and he showed a great aptitude in being a young and aspiring film maker. I think his passion, ability and artistic sense have much influence in the team that is made up of his course mates at the Wee Kim Wee School of Communication and Information, Nanyang Technological University.

Again I have to say the topics and issues in the films are not far from what we usually see and read in the media. I think there’s still much to explore and express, as stated by the organiser, “all things Singapore – the good, the bad and the quirky”. I hope to see the winners, with their high quality cameras, as well as other participants come back in the next installment of ciNE65 to show us an even larger, deeper and multifaceted Singapore. 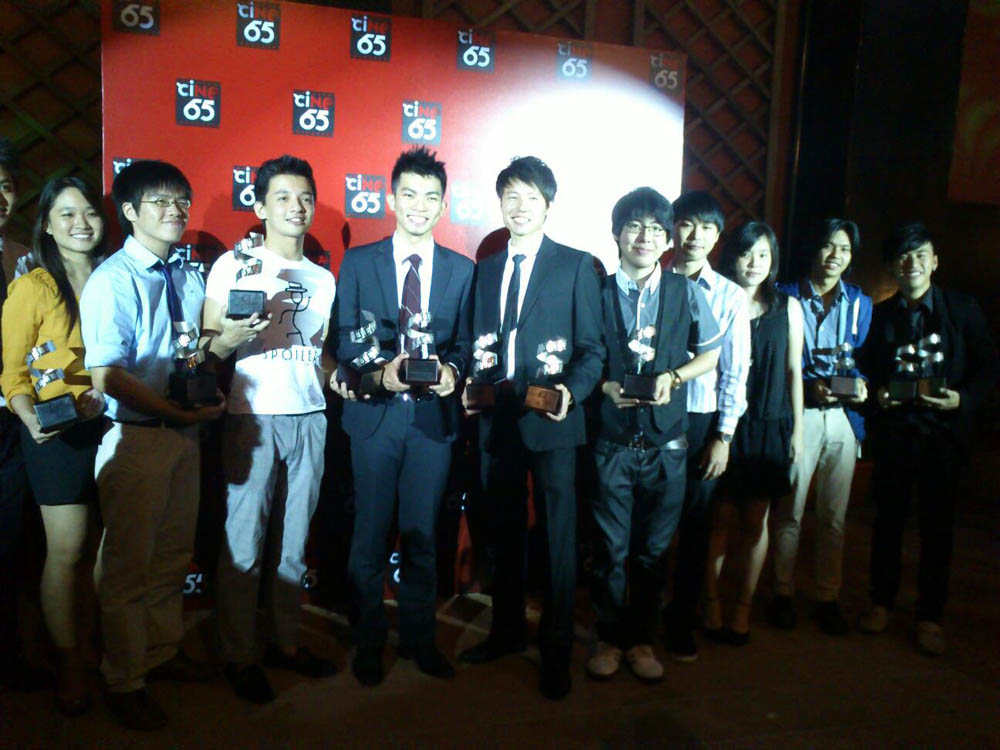