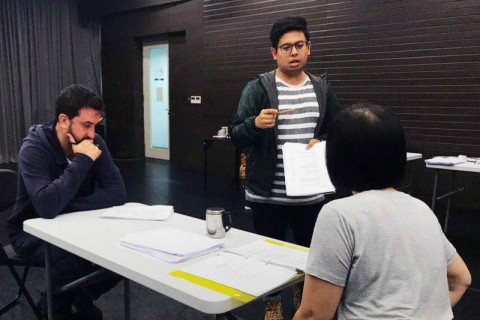 I've read the first few pages of the script (up to where Google Books would allow me to preview). I remember the last two-hander play by Adeeb & Shai was a conversation/dialogue-heavy script between a couple. This time round, it's also a text-heavy correspondence between two persons. How do you intend to deal with the heaviness of text and translating it into something visual on stage? It sounds very challenging.

There seems to be a sensitive and difficult issue to deal with when the play eventually reveals who the author really is (or some traits of his/her identity) (I'm guessing here). Did you and/or the team had to brainstorm or go over this part intensely so that everyone is on the same page about their feelings towards the hidden identity of the author? Was everyone able to come to the same consensus about what they thought the author is?

Heather takes on a very interesting format in the playscript, and the playwright gave a lot of liberty to directors on how they decide to use the "proses", I imagine allowing which performer to speak which paragraph would change the meaning and audience's perception of the protagonist and his/her plight a lot, and perhaps even reveal your personal stance on this controversial story. Does that sound scary? Did you allow your opinion of the work to come through in this staging?

Looking forward to hearing from you.

All the best,
Sam xx 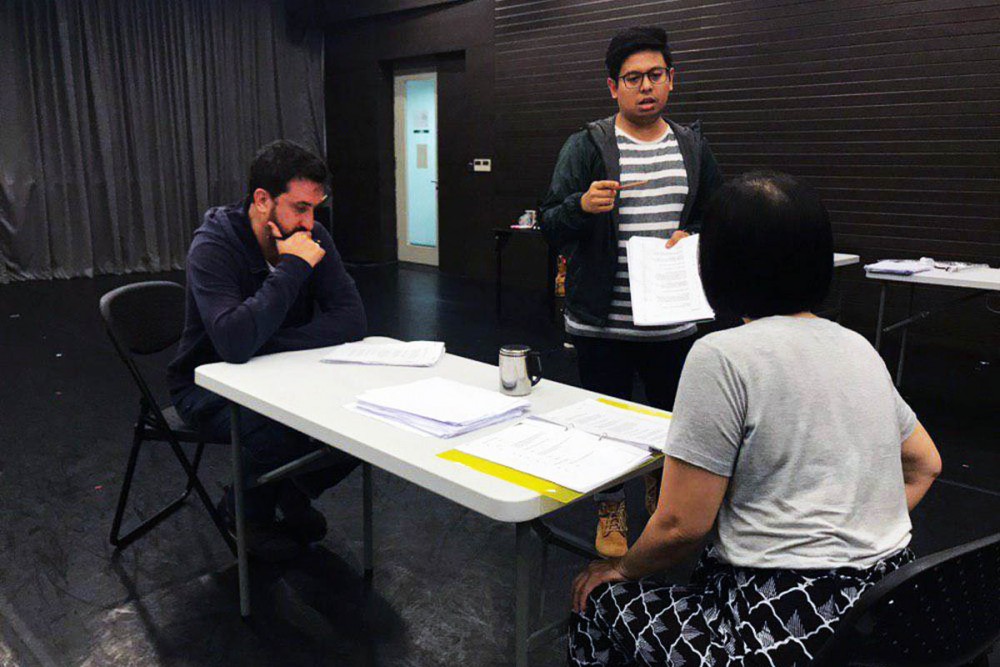 Thank you so much for your questions! I guess what you don't get from the online preview is that there are three acts to the play, and each act is written so that they have to be performed differently. The play is deceptively simple. On the surface is an email exchange between a book writer and a publisher, but the more we dig into the story, the more questions come out, the more discoveries were made, the more mysteries we had to confront. The playwright Thomas Eccleshare outlined in an interview that he started with a single rumination: what if J. K. Rowling was revealed to be a criminal? Would I still read the Harry Potter books? From there, we distilled the essence of the three acts and found repeating motifs that we used as a kind of visual and spatial language for our staging. We tried out using specific props, sets, walking patterns, shapes, voices, gestures, lighting effects and so on. We took what helped with the understanding of the main ideas and left out what did not. I hope it all makes sense when you see it!

On the identity of the writer and where we stand with regards to the artist and the art, we have had so much discussion about it in rehearsal and also with the audience at our panel discussion at Huggs-Epigram Coffee Bookshop. It's an issue that we each have to deal with individually. Far from providing a solution, the play simply provokes our individual reflection, by highlighting the different sides to the question. What we agreed on was that even if we are sympathetic towards someone with a dark past, it is likely that we harbour double standards about what crimes one might forgive and which ones one might not. Why is there a double standard? Why do we give someone a chance and not someone else? What do we do when we are made aware of the stigma and prejudice that we subconsciously propagate? These are some of the questions we discuss in the play, which mostly don't have a conclusive answer. It became important for us to ground some of these discussions in real world contexts, which led us to discuss things like the Kevin Spacey saga where people came forward to bring to light his history of sexual misconduct. What was important in the process of rehearsing this play was that we were aware of the different arguments, the possible justifications. This aided us in understanding the characters and performing them. But to me it all comes down to the individual's relationship with the people around them. I can be so far removed from Kevin Spacey's world, but at the end of the day, what do I do about this whole thing?

You are right to presume the liberty we are allowed to take with this script. The playwright has written it for two actors, and has assigned the lines to both actors. But yes, he ultimately leaves it up to us to decide what would be interesting new ways of performing the dialogue. This is very interesting to me as it allows for the stories to come through most effectively as a live performance with live actors and real audiences present in the same room. Much like a publisher has to take the author's words and make it into something many other people can read, the words on the script require actors to enact the story. That takes the ideas to a new place, where the narrative is being shared, and the characters and ideas in the story become a part of a collective experience bigger than the singular mind of one playwright or author. People outside of one's lived experience can only begin to empathise if your story comes out. I think my personal opinions don't really sway the smaller creative decisions, but rather that I have chosen this specific story to be shared is in fact a stand that I am taking. After that, what matters is that the team, my collaborators and viewers (and myself) can begin their process of reflection and empathy should they choose to do so. To me, it is about the power of the story.

My learning journey as a theatre maker has taken me to this project where I am working with some of the best in our industry. I see it not as a destination but as a stepping stone in my long road ahead. Of course when we got into the rehearsal room on day one, I was a little bit star struck. It's been a fulfilling process so far. Even though I am directing Andy and Karen, I find that I am learning so much from them and my other collaborators every step of the way. The experience they bring keeps me on my feet: where I can see the next step, they can see the next three. You can imagine it has not been a complete walk in the park for me but things are shaping up with the show, and I feel extremely blessed to be able to work with them and have my directing mentor Samantha throughout the process. 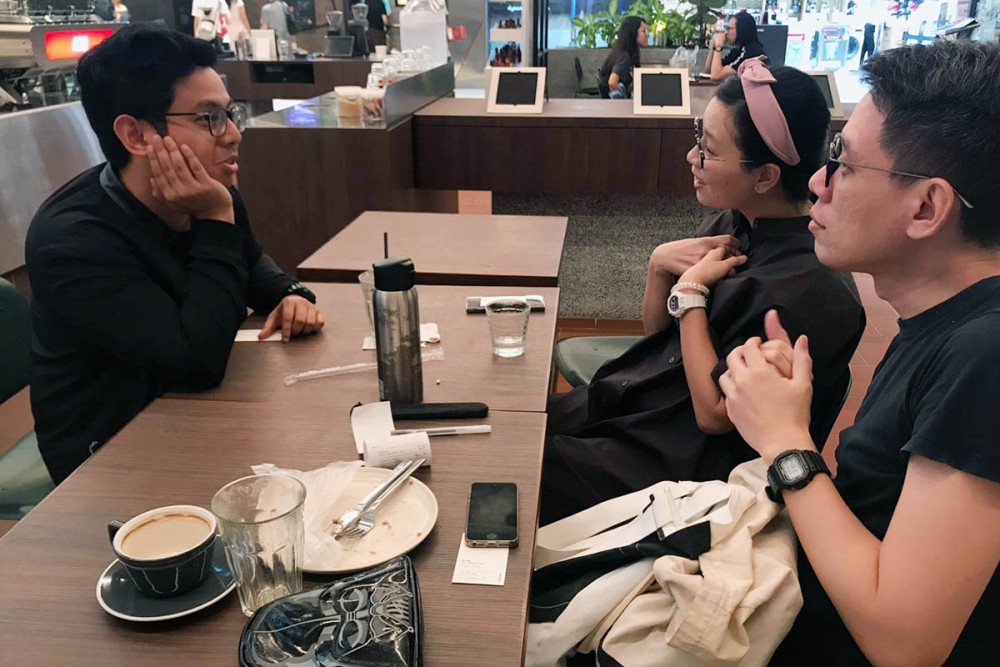 Another interview taking place in an alternate universe...