[Review] The Father fills a gap that needs to be addressed 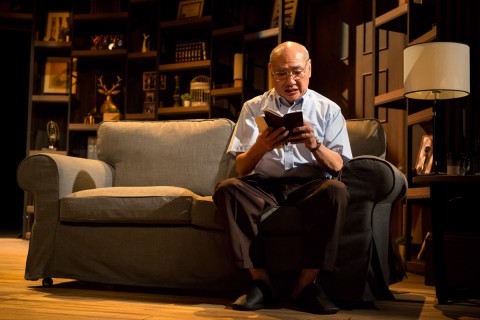 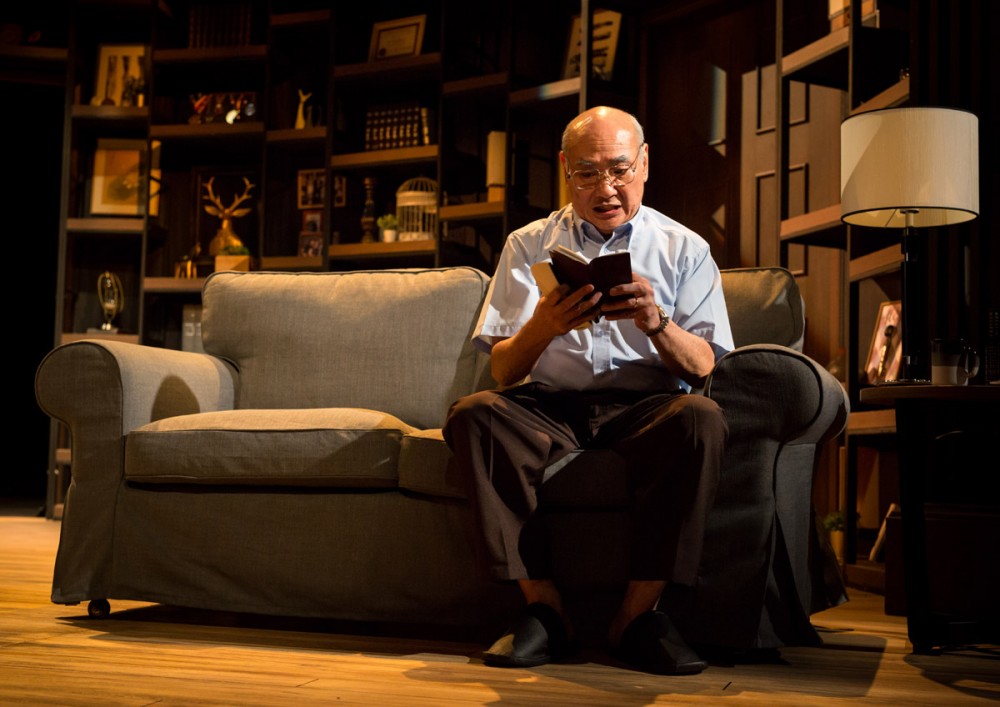 More than just an honest take on dementia, The Father is devastating in its subjectivity and perspective, and fills a gap in our narrative about mental health that needs to be addressed. This production shows us that the real experience of dementia hasn’t been adequately addressed in the media that forms popular understanding about mental health. While we see documentaries depicting the struggles of caretakers of dementia patients, and medical shows investigating the science behind the disease, almost nothing really strives to show us what living with dementia actually means. This is the gap that The Father strives to fill, by showing us dementia in its real context - from the perspective of a dementia patient himself.

Time is relative in The Father. There’s no proper chronology, the timeline doesn’t make sense, and you’re left questioning whether certain scenes were even real, or just a hallucination. There are time skips, sometimes right in the middle of an ongoing scene. The actors - in a display of astounding flexibility, particularly by Lim Kay Siu (Andre) and Tan Kheng Hua (Anne) - repeat scenes in the exact same way, or switch names and roles in different scenes. All of this might contribute to the impression that The Father is dizzying and incomprehensible and confusing. But this isn’t a failure in storytelling. This is a production pulling out all the stops to put us in the shoes of someone whose memory is failing, someone who is losing himself. Just like Andre - the eponymous father - you feel confused and unsettled, but you can’t exactly say why.

Throughout the play, Andre loses his watch several times. Each time, he frets like the loss is devastating, and frequently accuses others of stealing it. “I need to know exactly where I am at exactly what time of day,” he says. “If I lose this watch, I’ll never recover.” His watch becomes associated with his worsening memory and mental regression, but also with the increasing loss of his sense of time and place. As Andre loses his memories, he loses the things a person typically grounds their identity in, and begins to feel that he has no control over his life. Towards the end of the play, he wears the same set of red pajamas in every scene, staying the same and being left behind as his family changes clothes and contexts, caught up in a stream of time that he is not a part of. To him, events from both the past and present blend together, and he can’t figure out who is who, what happened when, or if an event happened at all. The time skips, the repeated scenes, the shuffling of actors and roles - all this prevents us from grounding ourselves in what we conventionally look for in a story, like chronology and consistent characters, and gives us some insight into what it’s like to have our lives crumble down around us, without knowing why or what to do about it. 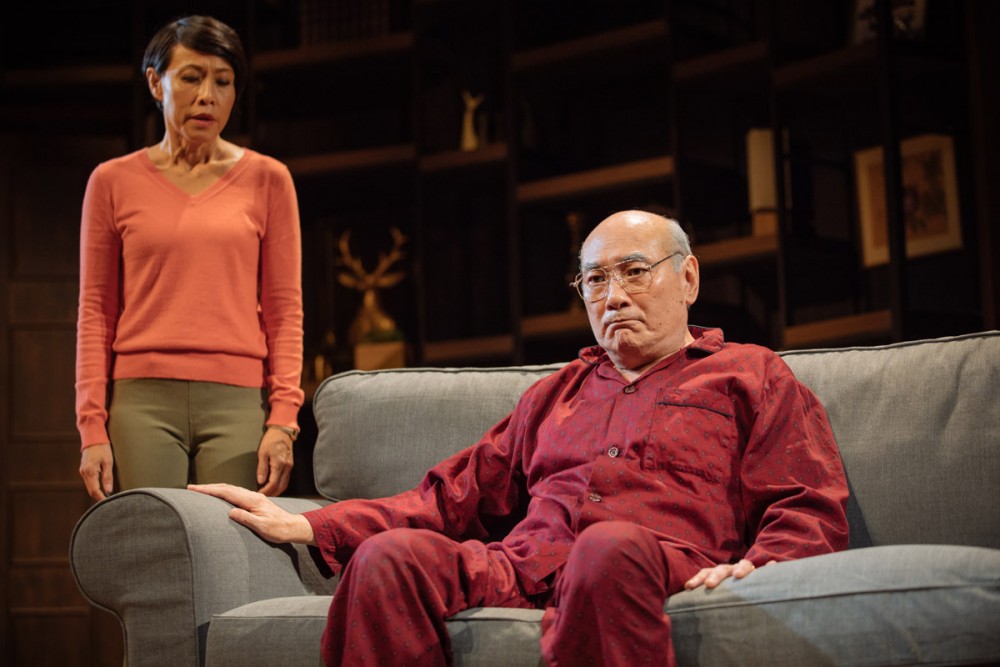 The technical aspects of the play were pulled off beautifully, and helped to further the idea of what it’s like living with dementia. Music was used between scenes to exacerbate the audience’s sense of disorientation, starting off relatively mild and intensifying into a cacophony of noise as Andre’s condition worsened. The music was also combined with flashing strobe lights to dizzying, head-pounding effect. This effectively framed the subsequent scenes, bookending each with confusion and disorientation. The movement of props also built on this, as decorations in the apartment were removed and replaced, evidence of time passing and changes happening without Andre being aware. More significantly, there’s a couch in the set that Andre and his daughter - and later his daughter and her husband - often sit on. It’s used as a place for serious, emotional conversations, for characters to embrace and comfort and love one another. The eventual removal of that couch towards the end of the play hints at a greater loss for Andre than just his sense of time. Overall, the music, lights, and props of The Father created multiple layers of meaning, each of them deepening our understanding of life with dementia, and its subsequent effects on one’s relationships with others.

The Father helped us understand that there’s more to dementia than just its medical definition - which, by the way, is that it “describes a wide range of symptoms associated with a decline in memory or other thinking skills severe enough to reduce a person's ability to perform everyday activities” (Alzheimer's Association) - it’s about the slow degradation of an individual’s ability to function and live meaningfully, and the gradual breakdown of that person’s relationships with others. In Singapore, we don’t openly talk about mental illness, and our discourse about dementia in particular has only started to gain traction in recent years. The thing is, however, that the more we talk about dementia, the less afraid of it we are as a society. And the less afraid we are, the better we can actually address its effects.

During the post-show dialogue session, one of the invited speakers said something that stuck with us till now: “Dementia is a disease that is experienced with the people around you.” All of us are capable of understanding this on some abstract level, but The Father puts it into perspective - the right perspective, actually. Through constructing a story around the point of view of a dementia patient, we are forced to ask ourselves the actual hard questions: What can I do to help? What will I do if it happens to my parents? What will I do if it happens to me? By no means does this production give us the answers to these questions, but what it does is tell us what happens if we don’t ask them. 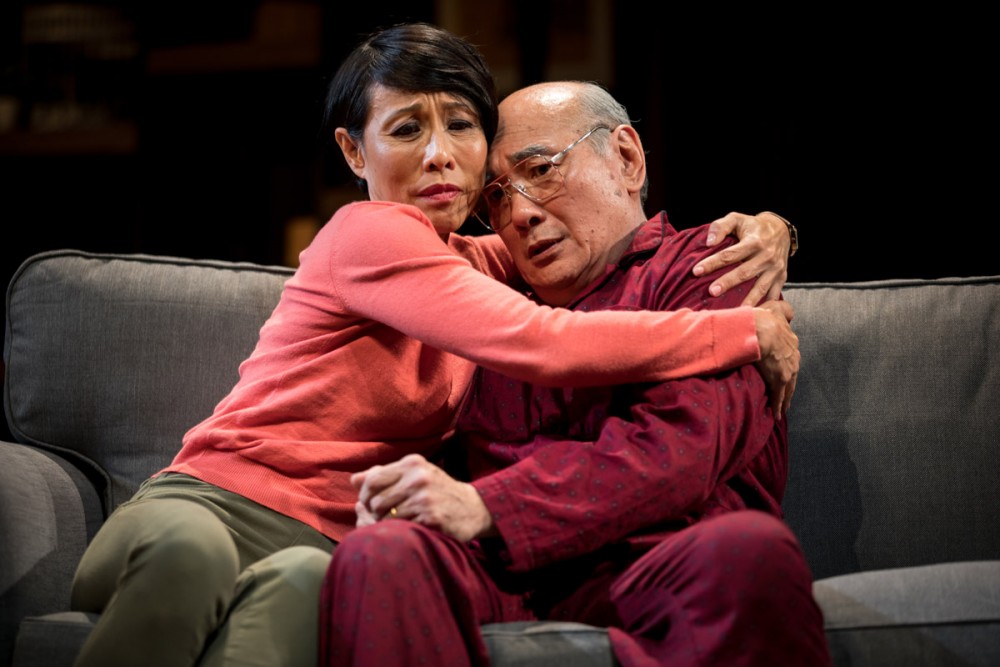 About the reviewers
Alicia & Joellene: "We're just two friends passionate about movies and film! We want to learn more about the art of making film, and have created a platform to showcase our analyses. This is our first venture into theatre reviewing. We hope to illuminate the scene with our unique perspectives. Feel free to hit us up in our forum or slide into our dms on instagram at @thebacklight_"