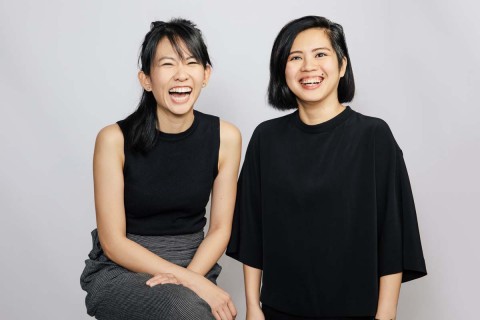 From apprentices to co-artistic directors of the collective of The Finger Players (TFP), Ellison Tan and Myra Loke are half of the inaugural batch of apprentices under TFP Puppetry Masterclass. Since 2014, they have been helping out in various TFP productions and have also respectively moved on to work with other companies. Ellison and Myra are also co-founders of The Wanderlings and Three by Three @ 126.

When the existing TFP core team invited them to be part of their restructuring effort, to have a stake in TFP’s future, both girls took up the responsibility readily. We speak to the newly-minted artistic directors, Ellison and Myra. 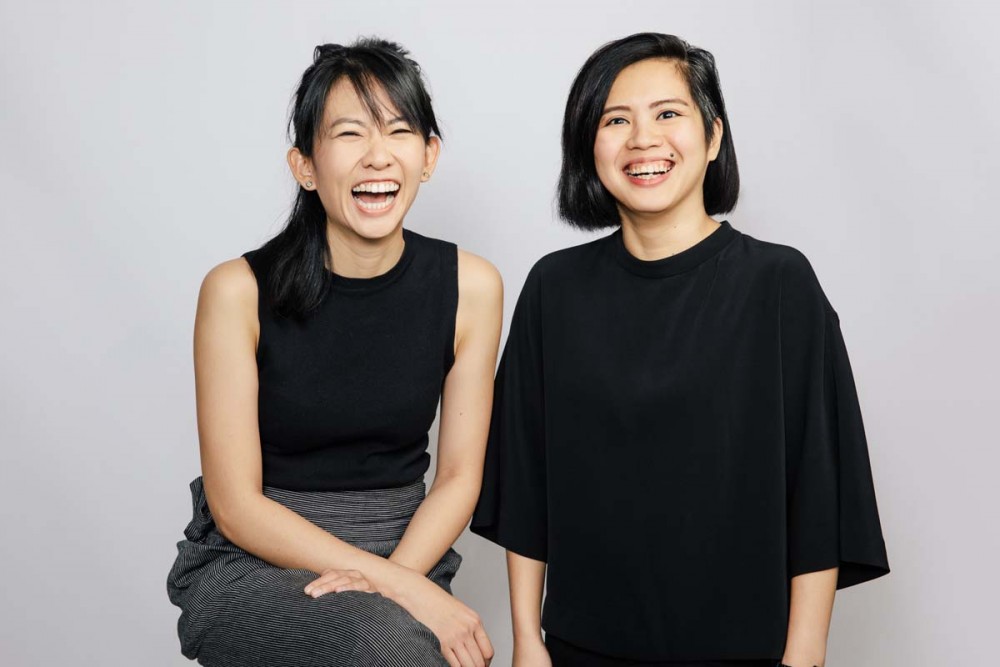 The story goes like this: Ten years after the company’s shift in artistic direction since 2007, TFP embarked on its next strategic review exercise. After three months of discussion, the existing TFP core members decided they would like to relinquish their roles, and to be off the full-time payroll to form a collective, which is now called the core team.

Myra explains that previously, the company has been running on a pyramid structure, supporting so many full-timers may eventually take a toll on the company’s finances in the long run. Moreover, the artists are branching out into independent practices outside of the company. In striving for sustainability, the existing members believe in the need for newcomers to come onboard. It becomes essential to flatten the organisational structure of the company to elude hierarchy such that newcomers wouldn’t feel unsafe or uncomfortable to raise opinions on how the company could move forward. When talking about this point, both Ellison and Myra thought, in retrospect, that this decision turns out to be a strategic one, allowing themselves to be inducted into the team and the restructuring process more easily.

Myra adds that another reason for the restructuring is that TFP has been relying on the present artists to lead and produce, which does not seem healthy for a company in the long run as the artists age or move on. Moreover, since TFP has an apprenticeship program going on, the company could capitalise on it and solemnly consider a succession plan that will allow them to sustain the continued production of fresh and current works.

In forming the core team of collective, there is hope that the incoming incumbents would be able to uphold the newly-sharpened mission and vision that hinges on the philosophy of puppetry. 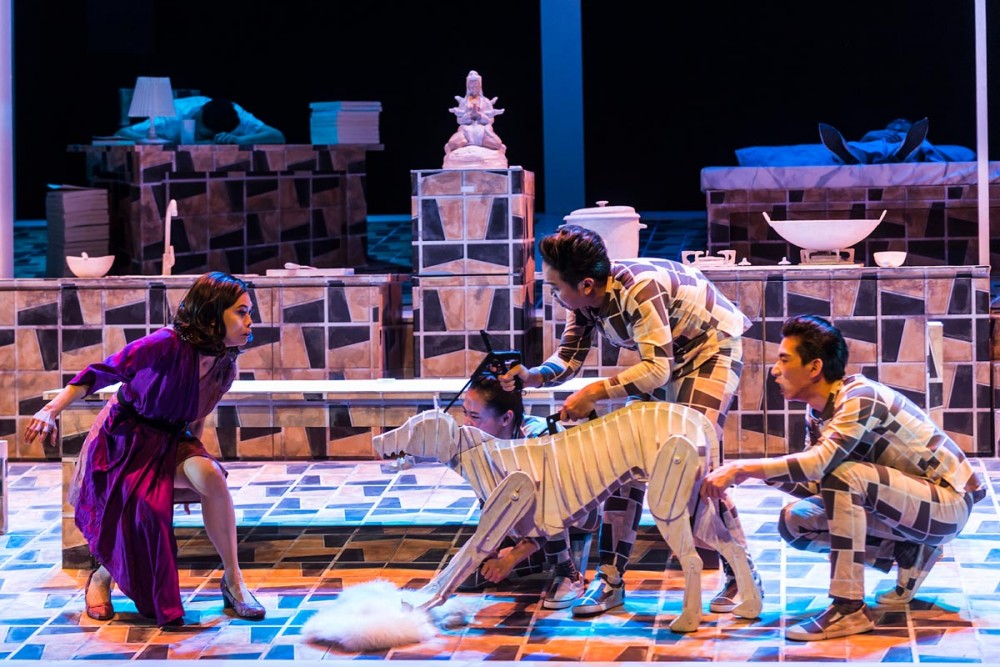 Ellison and Myra have shared during our conversation, more than once, that they are very grateful to TFP being very open and generous in keeping them in the loop regarding the restructuring progress all along. The very first core meeting they were inducted into, is a discussion about who this core team is, its conception and how the core team can operate. It is also about how Ellison and Myra feel about TFP, the changes that are happening and what are some strategies moving forward. They are then given an option to accept or decline the offer to join the collective. We ask them what made them stay.

Myra feels that this restructuring is a good change. Even though nobody can guarantee if it would work or how it could work, she expresses that she’d love to be part of the team to see how things turn out as she has always believed in TFP and TFP’s works. The people at TFP have been her mentors for several years, and they have shaped her mindset and the direction of her works. If this route is what is necessary, she’s ready to support, to be a part of it, and to go through the entire process with them. While Myra has been involved in works of collective nature, but the idea of a company working and making decisions collectively is still rather new for her. “It is a challenge I’m willing to take on, with faith and courage. Let’s figure out this thing together!” she pipes.

The motive for Ellison may be slightly different. She says she is lucky to have the chance to gallivant outside of TFP after her apprenticeship with TFP. She has worked with Nine Years Theatre, The Necessary Stage, founded The Wanderlings etc, and she could mostly keep abreast of the happenings in TFP via Myra. For Ellison, accepting the invite to be part of the core team comes from a place of concern for the company and what this new turn may mean for them. Ellison feels that the invitation extended to her is a very generous gesture of the company to directly involve younger, newer artists. Conventionally, most companies will get newer artists to take on smaller projects to try things out, and then they are mentored and guided to slowly rise up the ranks. But TFP has been mulling over how long does one need to hand-hold a so-called 'young' artist? When does a ‘young' artist cross the threshold and is no longer an ‘emerging' artist? The decision to involve the younger generations in the steering committee mitigates this dilemma fortuitously.

The discussion for strategies and solutions for the company is to be a collective and collaborative one. It happens only after the list of names for the core team is finalised.

Ellison and Myra share that the core members are aware that democracy or absolute democracy can be problematic and hard to sustain for a collective; this is one of the most pressing issues they had to iron out during the discussions. After the core team was finalised, they filtered out the solution of adopting a festival-like structure, where there is a rotational Artistic Director at the helm. This allows each artist to have an opportunity to steer the collective for a period of time, from time to time. For now, they feel this should help them move a step closer to a more collective-democratic way of making art, and at the same time, sustain the workings of a theatre company.

The core team is now made up of 7 people, but it remains rather fluid. Ellison says that they are open to newcomers who feel aligned to the philosophy of the company, or swinging the other way, any member of the core team could leave if they feel they no longer agree with the way things work. We hear that an agreement was signed to establish house rules, and to signify each individual's commitment to the collective. More essentially, the monthly meeting and agreements are to ensure that everyone in the collective is always in the loop of every decision made.

The girls also reveal that the concept for the artistic director(s) to rotate every three years is in line with their three-year grant cycle. The artistic direction and operations could be stabilised for the cycle and not change in the middle of a grant term. TFP retains a management team for their operations. 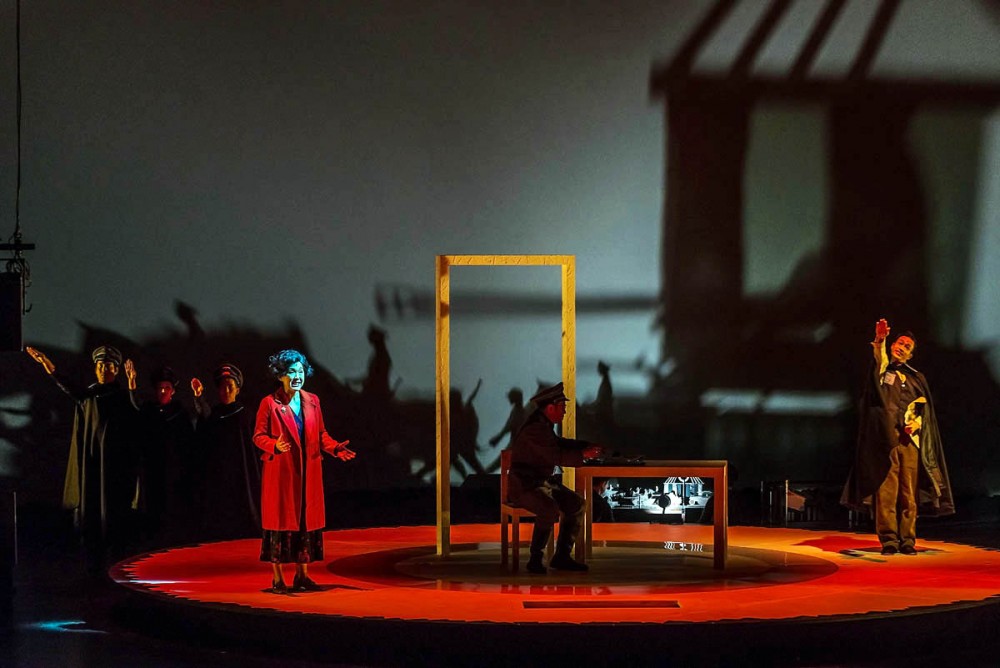 When we ask Ellison and Myra what their take on the new mission is, they both agree that puppetry will be at the forefront — Puppetry must be fundamental to the production; all works will start with puppetry, then work will be created around it.

How do Ellison and Myra interpret the ‘philosophy’ of puppetry?

Myra believes that the relationship that puppeteers have with their puppets should be the focus of the works: how to fuse these two characters together ("not just the puppeteer holding the rod"), and the consciousness of the puppeteer and the puppet is at the core of TFP.

This brings our conversation to the idea of exploring research and development in TFP. One of their visions is to challenge the way TFP uses puppets, and how to establish a more wholesome aesthetic together with Darren Ng (associate sound designer) and Lim Woan Wen (associate lighting designer) to produce a wholistic theatrical experience. There wasn’t a lot of time for that to happen in the past years, probably due to the perpetual struggle to keep on producing works to put on the table. Now, with the restructuring, Myra hopes to slow things down a bit, to take a look at developing the art form of how human beings can exist with the puppets.

Myra highlights that the way puppeteers interact with puppets is very unique in TFP. They want to continue working on that, and look at how they can have more training platforms for more puppeteers to come in. There is also the craft of making puppets. TFP has always taken pride in their puppeteers making their own puppets other than just puppeteering them. Looking forward, how can they extend and sustain this philosophy of puppetry and how can they experiment with the beauty of the relationship between the puppet and its puppeteer? 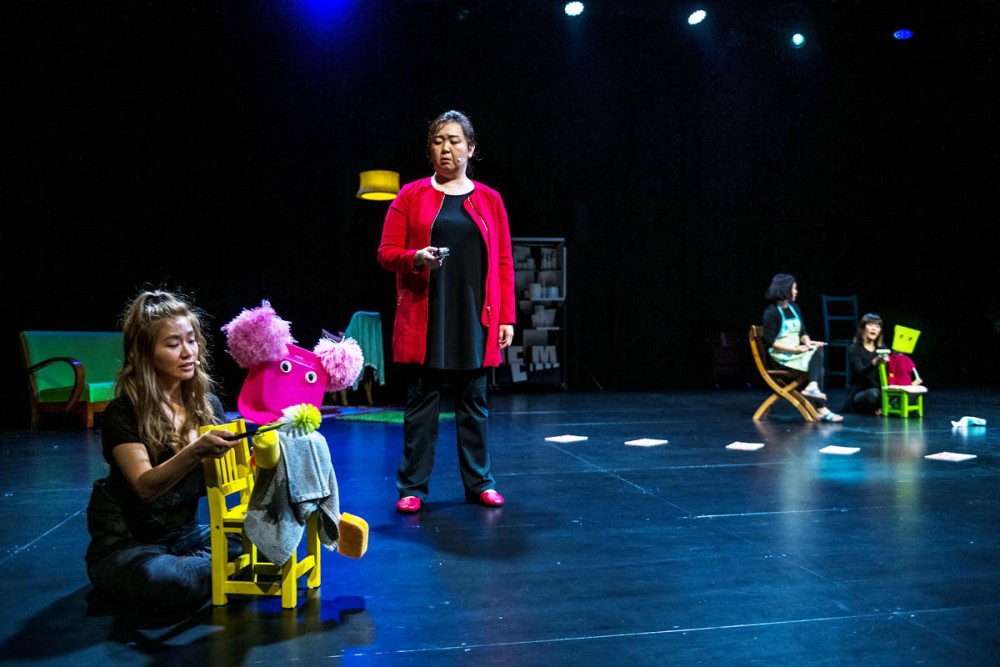 Not In My Lifetime? (2019). Photo by Tuckys Photography

Since the conversation has shifted to the topic of succession, we ask Ellison and Myra what do they look for in the next artistic director? They confidently reply that the next artistic director should come from the core team. The core members would be aware of the shortcomings and difficulties faced in this pilot phase of the new company structure, hence, they’d have more clarity and mental preparation to face the next three years of leadership.

The collective model would be reviewed at the end of three years.

They also do not deny the possibility of a first- or second-generation TFP member to be at the helm again, but most definitely, the next artistic director(s) will come from the core team.

Ellison and Myra have taken up the artistic leadership of the company since March 2019. But their artistic programming will officially roll out in April 2020 when the new financial cycle starts and proposals (being drafted now) are approved by the grant organisation. We are relieved to hear that they have some lead-time to plan for their three-year cycle and to ride out the steep learning curve to familiarise with the company’s operations until then.