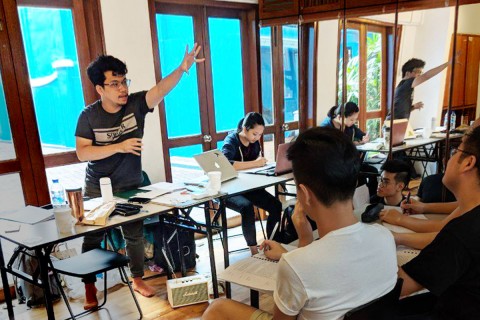 The Old Woman and the Ox is the second production of the Company’s main season for 2018, and includes stage devices such as shadow puppetry, which is something new the Company is trying out on stage. Artistic Directors Adeeb Fazah and Mark Cheong worked with theatre actor and puppeteer, Bright Ong this time round.

We caught the play and thought the script is a challenge to stage. We speak to Mark to find out some of the artistic directions he has as the sound designer, assistant director and puppetry artist for The Old Woman and the Ox. 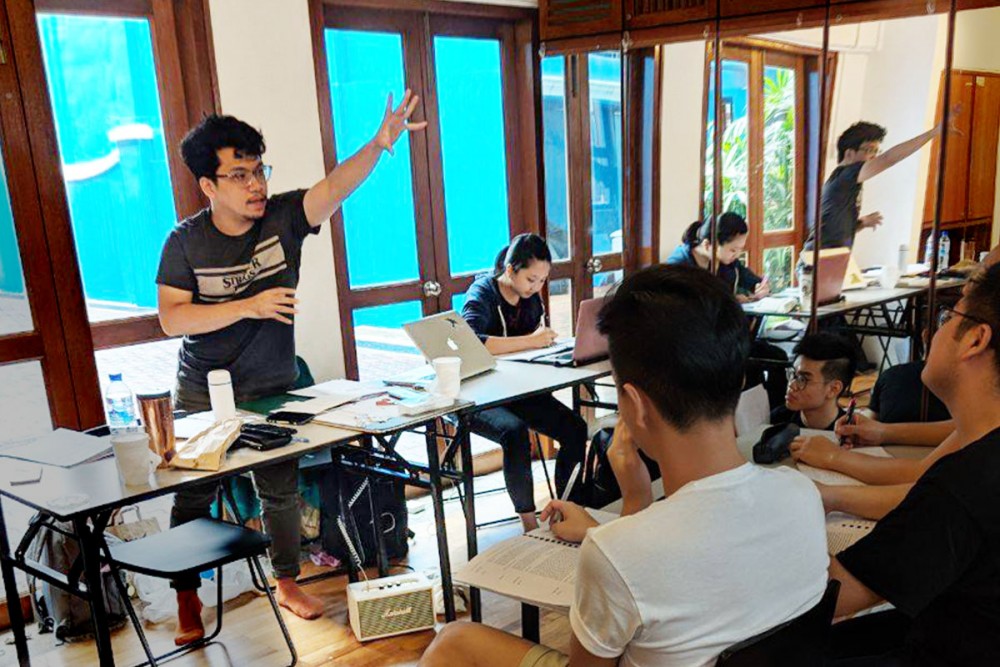 1. How has your scope as Assisstant Director evolved as you work alongside Adeeb for this amount of time and on so many various projects? How do you view your own directorial style and how would you describe Adeeb as a director?

I would say that my job as Asst. Director has evolved to be very much a sounding board for Adeeb, and an extra pair of eyes during rehearsals. Our different skills and sensibilities mean that we spot slightly different things, and have slightly different considerations for the work. At the end of the day, the overarching vision of a piece is something that is discussed and deliberated between the both of us before we even enter the rehearsal space.

I would say working with Adeeb has developed into a very collaborative idea and this [idea] is something I’ve adopted working with him. There’s always a consideration to create the characters with actors than simply seeing them execute what is in his head.

2. How do you view sound designs in theatre? How would you describe your direction in sound for your plays?

Sound design is always something that people don’t always notice, but can make or break a production. At the end of the day, it’s all to serve a unified vision that the director and the piece needs, and to help tell the story of the space and the characters that inhabit it. Designing for each production is slightly different, depending on what is necessary for the production - does a production need more of an overarching ambience and atmosphere to be set, or does it need more musical cues to help tell the story?

Starting on a sound design is very much like approaching it like a director, in which I pick out what important ideas need to be conveyed, and what the narrative of the sound is going to be like. Then I take some time throughout early rehearsals to play around with different musical ideas to see what fits and what doesn’t. Different ideas and motifs may then be developed over the course of the play itself, mirroring a kind of progression in the narratives happening on stage.

3. What are you gravitating towards?

I’d definitely like to develop towards a holistic understanding of theatre and all aspects of a mise-en-scene from set design to puppetry work, not all of it being in a black box. I’m also looking at developing myself as a writer - my original script Random Access Memory is currently being developed with Toy Factory for The Wright Stuff next year. I’ve always been one to wear many hats, and I’m not sure if that’s going to stop any time soon.