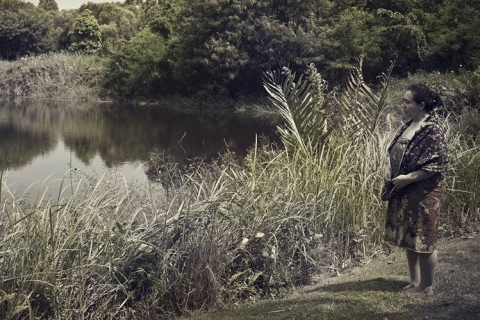 In the 4 short years since its establishment, Hatch Theatrics (Hatch) has been consistently producing original local works every year. They have twice collaborated with Theatre Gumbo from Japan and premiered two original works in Osaka and Singapore. Hatch has also earned rave reviews for their works, notably their critically acclaimed play, Hawa, which was restaged for the Singapore Theatre Festival 2016.

This November, Hatch was invited to be part of the Malay Heritage Centre Arts Incubation Residency Programme to look into research work and Cari Makan is thus born, delivered by the hands of Nadia Cheriyan. 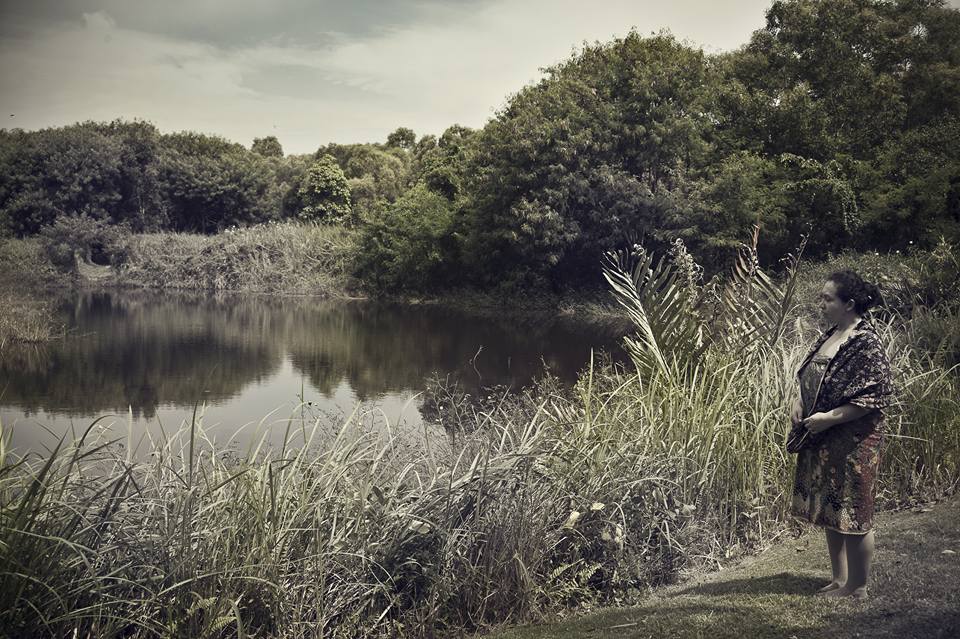 Mentored by arts history researcher, Zarina Muhammad, Hatch focuses on the lost occupations of the Malay culture, namely the Mak Bidan (midwife), the Tok Mudim (circumcision specialist) and the Bomoh (shaman) in this play. As technology advances into the modern era, these jobs have become misunderstood and are often cast in a bad light: most people stereotype their methods as outdated and unscientific.

Through the scrutiny of traditional rituals, Hatch intends to question the above and hopefully shed new light on these lost trades of the Malay heritage.

Cari Makan boasts powerhouse actor, the award-winning Gene Sha Rudyn, who was last seen in Lady of Soul and the Ultimate 'S' Machine, part of Esplanade's The Studios: fifty. He lends the same eccentricity to the Cari Makan scenes we saw during the rehearsal.

Gene plays the storyteller (penglipur lara), the husband and other multiple roles that you can imagine in this story set in an old village. Donning a piece of batik cloth in different ways, Gene transforms into the various personalities effortlessly. 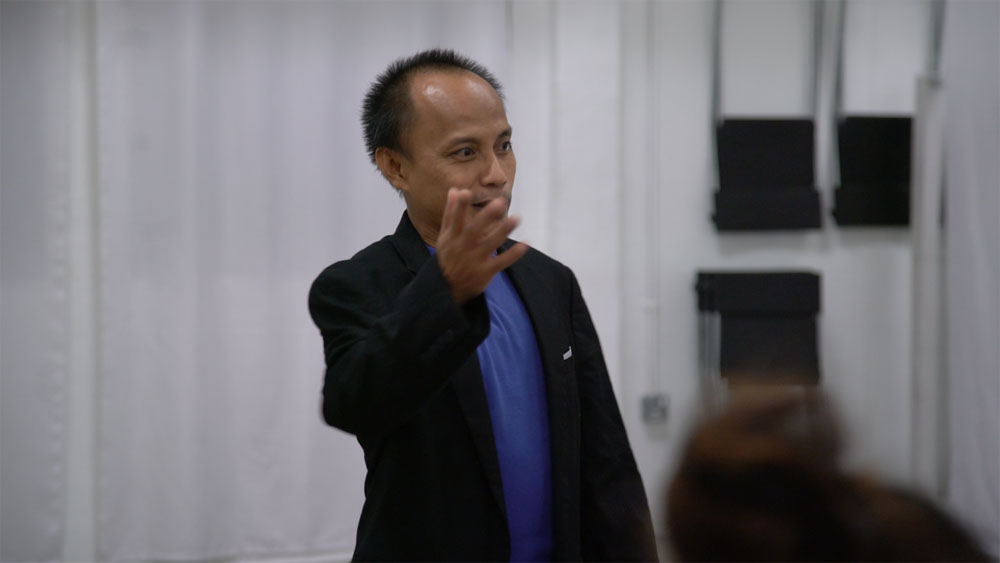 Suhaili Safari and Sabrina Annahar both play Sarah, the wife. She is bequeathed a powerful heirloom from her mother, thereby inheriting the role of a midwife. The dilemma of the play lies in her character, mainly, due to her inability to conceive despite being a successful midwife. But how can a barren midwife be considered “successful”? We caught Suhaili in action, and fall in love with her vivacious personality.

With more than 10 years of theatre experience under his belt, director Faizal is sensitive to the actors’ expressions on stage. During the high-spirited rehearsal, he sums up his feedback to each sub-scene, often fine-tuning the tone of a spoken phrase, adjusting the arc of their limbs’ movements and facial expressions. At the same time, he is open to explorations and negotiations with his cast on stage blocking and additional obstacles or props to enhance a scene.

Cari Makan embodies ‘sayang’, embracing love in loss. Audience will find themselves riding the tides of emotions while meandering through grave issues. 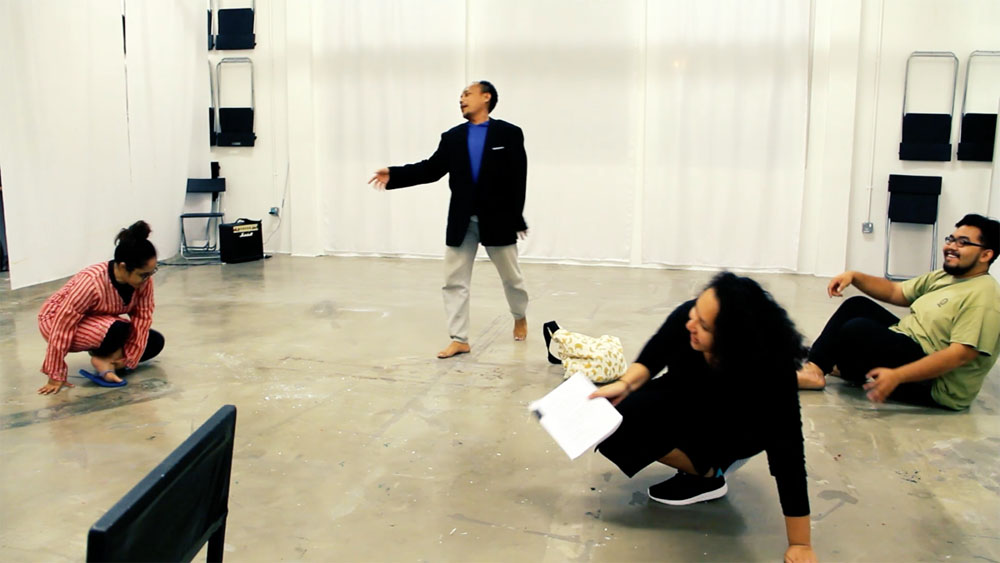