[Review] Lemons introduces us to a young and novel fringe idea 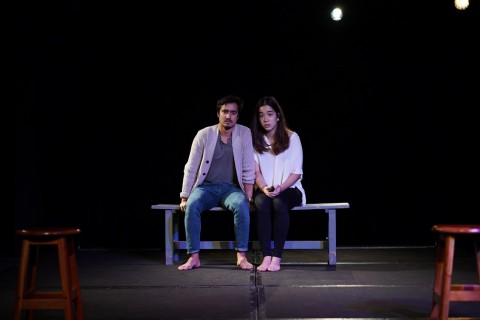 We are no strangers to abbreviating words, phrases or sentences with the advent of Twitter, Facebook, Instagram, Snapchat... So if the issue here is not about the number of words (140), then what is? Audiences have to dig deeper and think critically about what issue the writer is trying to surface here.

So, maybe one can know someone else in less than 140 words. Maybe one can win an argument in 140 words or less. Maybe one can win a trial without saying a word, but it doesn’t mean that anyone else can have the right to take away one’s freedom to choose to use 2000 words or one. Playwright Sam Steiner is trying to dig at not just censorship but also the freedom of choice: the right for a person to choose to express, to justify, to present, to be dialectic. Basically, the play explores denying the access to a fundamental human right. 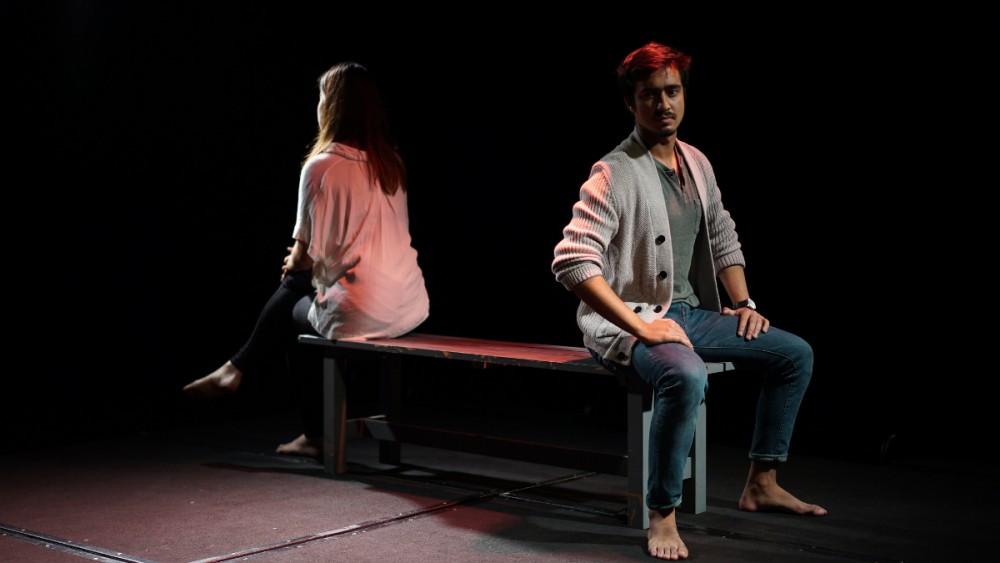 There seems to be a unanimous consensus online with the UK and local Singaporean audiences that the text is a wittily written one. I agree, it is witty. Although to some, the literature itself may come across as an incomplete make-believe world crafted for the stage: What about other means of communication when one runs out of the word quota? Morse code, sign language, music, texting or even letter-writing?

Maybe you could argue that this plot is contextualised in a dystopian world and anything could happen or be banned — I too believe so — but there is little hint in the text nor on stage to mend the gaping hole in audience’s construction of this imaginary dystopian world to avoid distraction. 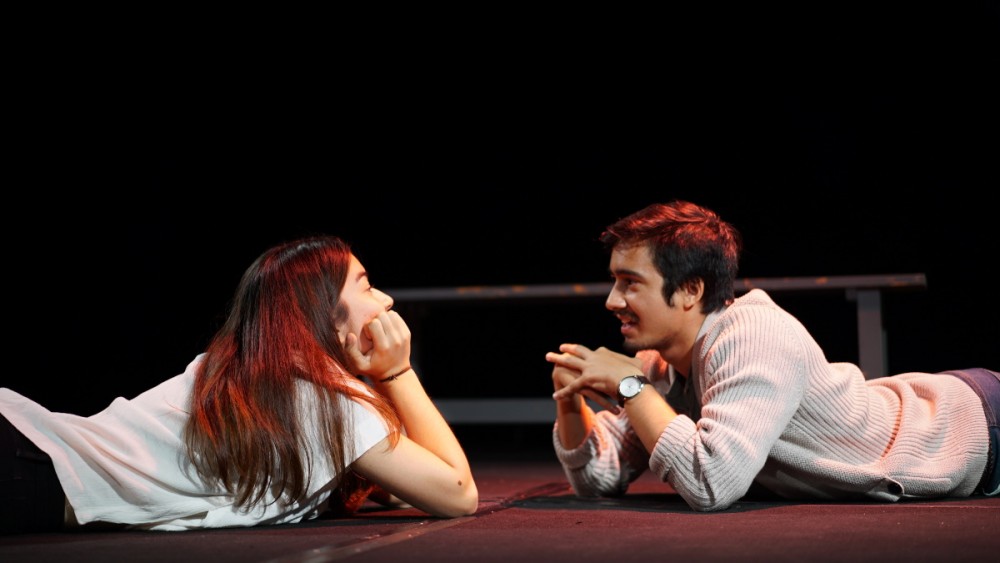 That aside, let us narrow the context or the theatre space down to the world between the couple (Jamil Schulze and Tia Guttensohn), just as what director Adeeb Fazah has done. Adeeb attempts to strip the play down to a minimalistic, utilitarian stage, and chooses to focus on the dialogues between the couple as written, and allow the emotions to simmer. The pair is pretty mild in the performance— I could not feel that they are struggling out of the norm for love. Or rather, I think the way the company interpreted the script is slanted towards the basis that the couple loved each other deep down inside and that all fights will pass. As a result, the arguments on stage feel more lightweight than they ought to be. 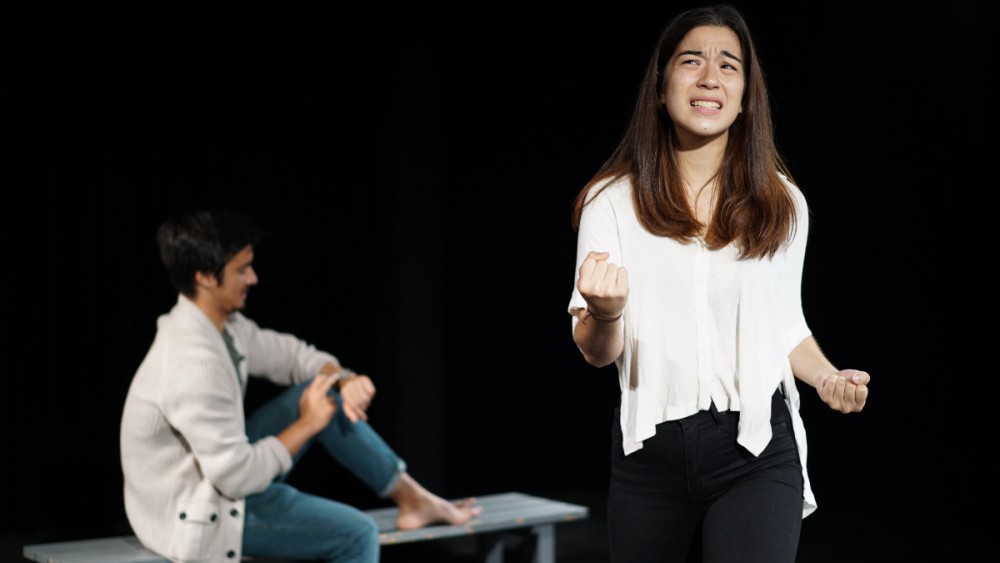 It seems that the situation never really comes to a boil. It could be attributed to an insufficient discrepancy between the two worlds; between the ‘before’ and ‘after’ the ban; between the different facets of both actors. Yes, there are obvious high points and low points in the show, or angry versus warm, fuzzy, lovey-dovey episodes, but not enough to prop up the plot to overcome my constant contemplation of the loopholes in this staged world.

The simpler the stage, the more power the cast has to exude — to personalise and occupy the(ir) space. But this is not visible until the second half, where they spew their pet peeves for each other, and raise the stakes in their relationship, raising the momentum. 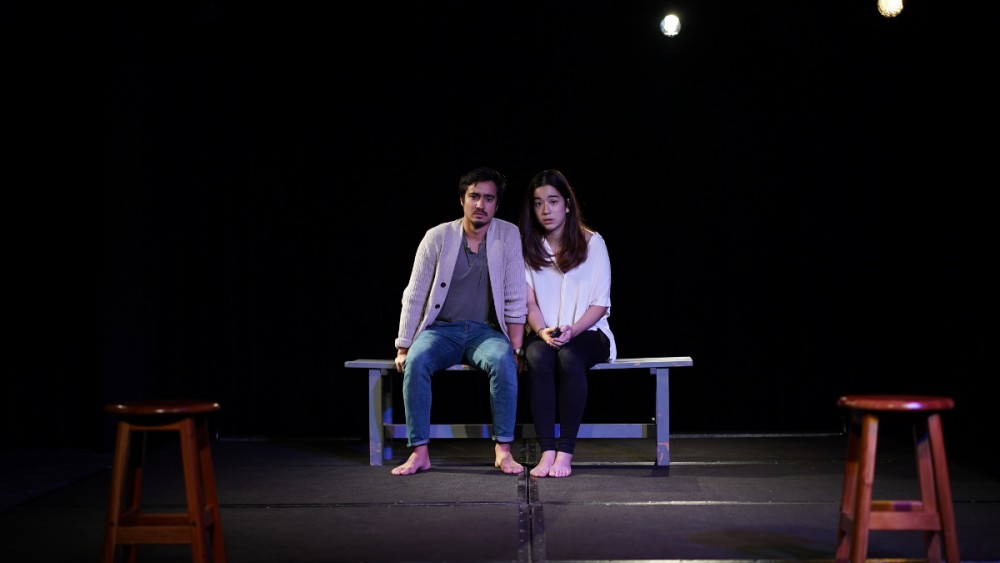 Theatre is often more than just text; no doubt text is one of the important things in it, but not the most important one. A script that is full of dialogues and relies very heavily on the actors is very challenging. The director must try to push the text harder to overcome the the distraction of the novelty this dystopian concept brings, and make the production matter more than just presenting written words.

Adeeb and Shai seem to have a penchant for wooden stools (:P), younger fringe scripts, developing the next generation of actors and tend to lean towards presenting tricky relationships on stage. We hope to see the company, and the things they bring to the table, age and mature together over time. It’ll be interesting to see them be the next wave in the local theatre. 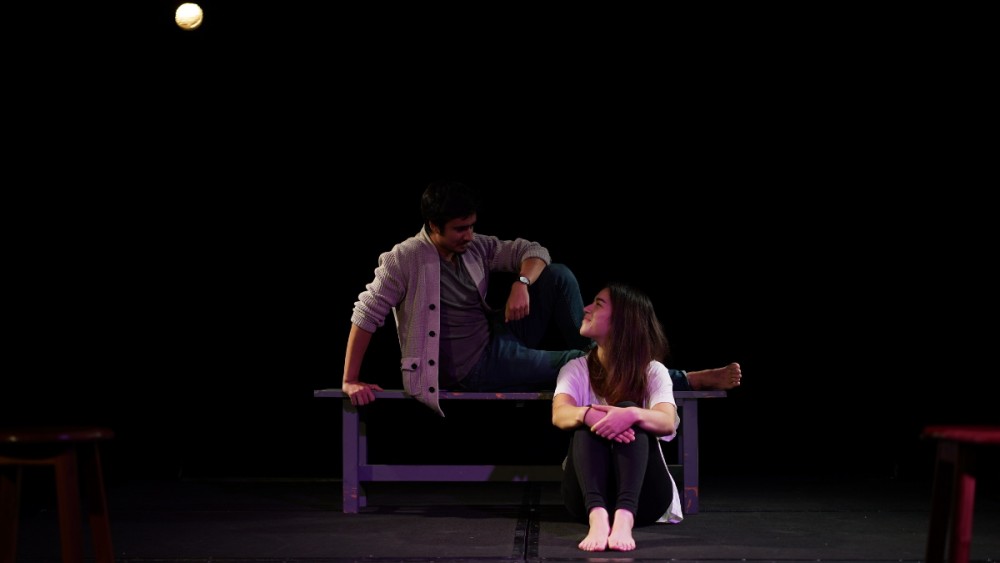