Organised by: The Second Breakfast Company

Ferocious and unyielding, Mrs Yang is the unwilling matriarch of her family. It is an empire risen from the flimsy foundations of migration and the search for a better life. Her family is what she wants it to be – no more and no less. She gives the final word, and everyone complies. Stricken mercilessly by the vagaries of life that she relentlessly fought, Mrs Yang's empire grows prosperous, while the matriarch grows old. Only time will tell if the decisions she made, laying the foundations of her empire will stand the test of progress and development. Can Mrs Yang pull it together before growth makes way for decay?
The Second Breakfast Company presents the 20th Anniversary Production of Leow Puay Tin's Family. 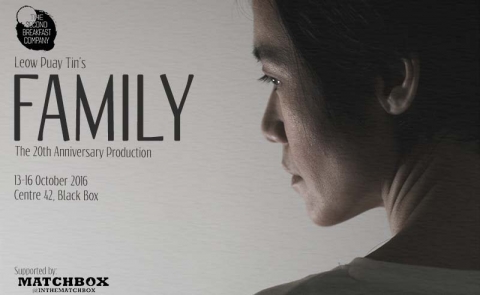