Organised by: The Arts House
Performed by: Kam Ning and Loh Jun Hong

Featuring internationally acclaimed Singaporean violinists Kam Ning and Loh Jun Hong, be captivated by their presentation of the complete set of six sonatas and partitas by one of the greatest composers of the Baroque period, Johann Sebastian Bach.

Join these musicians for both evenings to experience the full suite of the Bach 6!

Kam Ning
Hailed by Strad magazine as a "strong artistic personality", Singaporean violinist Ning Kam has gone on to perform all over the world. Since becoming the Second Prizewinner at the Queen Elisabeth Competition in 2001, she has performed under conductors such as the late Yehudi Menuhin, Lorin Maazel, Okko Kamu and Lan Shui with orchestras such as the Cleveland Orchestra, National Orchestra of Belgium, Singapore Symphony Orchestra, Toronto Symphony and Malaysian Philharmonic.

Ning released her debut recording in 1997 with the works of Enesco, Sarasate and her father, Kam Kee Yong. Since then she has released Transatlantic on the Cypres label, Cicada, featuring the music of Kam Kee Yong, Road Movies on Meridian Records and Works by Stravinsky, Mendelssohn and Prokofiev on Etcetera Records. Her recordings have earned rave reviews from American Record Guide, Fanfare Magazine, Klara Radio, Opus Klassiek and Crescendo Magazine.

Since 2011, she has been the Artistic Director of Het Kamerorkest Brugge and has been invited to guest direct other conductorless orchestras. Ning is also a founding member of Loco Motive, a bluegrass, jazz and funk trio with cellist, Sebastien Walnier and double bassist, Lisa De Boos.

Ning Kam plays on a 1658 Nicolas Amati on generous loan from the Rin Collection, Singapore.

Loh Jun Hong
Singaporean violinist Jun Hong Loh is an alumnus of the Verbier Festival, Switzerland, where he led the festival orchestra for numerous concerts as concertmaster and associate concertmaster under the baton of Charles Dutoit, Daniel Harding, Valery Gergiev and Gianandrea Noseda.

Intent on developing the chamber music scene in his home country, he co-founded More than Music; a concert series dedicated to presenting engaging and intimate concerts for audiences. Aside from producing concerts, he is also active in the education scene as guest lecturer at Yong Siew Toh Conservatory of Music and coach of the Singapore National Youth Orchestra.

He plays on a 1726 Mezzadri on generous loan to him from the Rin Collection.

Since 2005, Lee has been programming to integrate performing art, film and music in museum spaces and exhibition contexts. Some of Lee's notable commissions at the National Museum are Old Man and the River (Royston Tan, 2003), Sumptuous Feasting Song (HanTang Yuefu, 2006), Tony Prabowo in Concert (2007), In His Time: the Films of Edward Yang (2011), Music at an Exhibition, a concert series for classical chamber music played in situ masterpiece exhibitions from great European museums (Musée d'Orsay, 2012; the Princely Collection of Lichtenstein, 2013), Majulah! The Film Music of Zubir Said (2012), Goh Lay Kuan & Kuo Pao Kun, a play by Ong Keng Seng for the exhibition Life of Practice – Kuo Pao Kun. Lee also commissioned the first four editions of the precinct revitalising Night Festival, 2008 – 2011.

For her work in museum and the arts, Lee was conferred Chevalier de l'Ordre des Arts et des Lettres by France (2009) and Cavaliere, Ordine della Stella d'Italia by Italy (2012). 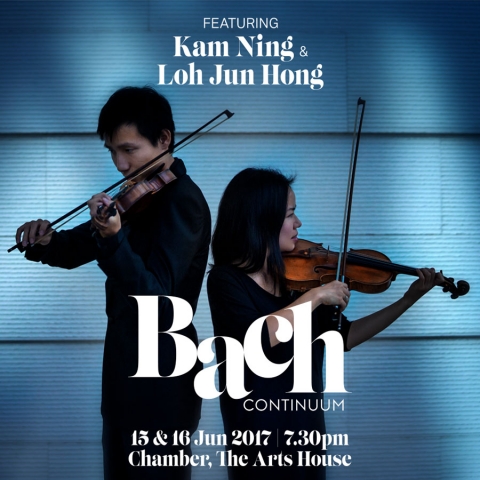