An adaptation of Franz Kafka's A Report to an Academy, Kafka's Ape is a solo performance about a primate's struggle to overcome the confines of captivity. The hard-hitting play presents a metaphorical view on South African society, highlighting the complexities of identity in post-apartheid South Africa as well as in the human race.

An ape named Red Peter is captured. In his quest to break out of his confinement, he learns to imitate humanity and contests identity based on outward appearance. Through his journey, Kafka's Ape questions the understanding of otherness. 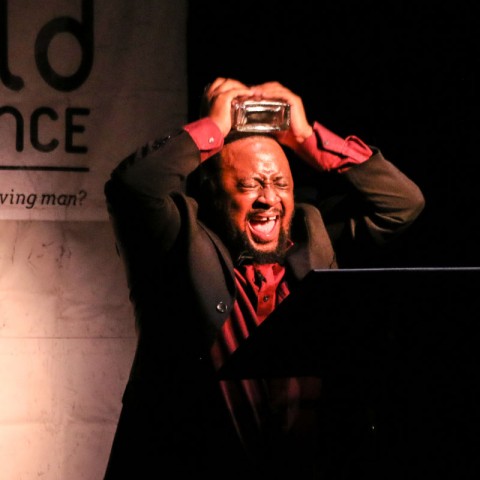