Organised by: The Finger Players

A drag queen, a filmmaker and a movement artist walk into... ONE-TWO- SIX Cairnhill Arts Centre.

Home to The Finger Players, and home to puppets that the company has amassed since 1999, three artists give these puppets new lives, enriching their histories and extending their lifespans beyond what they were made for.

Puppet Origin Stories @ ONE-TWO-SIX is a night of site-responsive performances + an exhibition of the company's tangible histories + an easter egg hunting-esque/lucky draw-esque... thing. 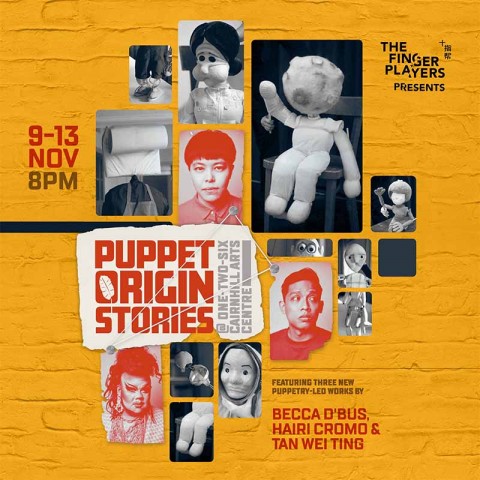