Organised by: Emergency Stairs, in collaboration with NAFA
Performed by: NAFA Diploma in Theatre (English Drama)

"Not your usual theatre play."

There is no plot, no story to be told. These actors play no particular character. There is no fictional time to see, no narrative to observe, as expected in most theatre pieces.

Austrian dramatist Peter Handke's Offending the Audience challenges audiences to abandon every expectation upon entering the theatre. Here, actors gaze into audiences' eyes, addressing them as fellow human beings, playfully questioning the very nature of theatre, examining and 'diagnosing the pulse' of the medium itself. Might these actions offend the audience? What offences are committed in a space and time designated specifically for theatre?

Directed by veteran theatre director Ang Gey Pin, Offending the Audience offers audiences fresh perspectives on how contemporary theatre is defined and limited and the multitude of possibilities that lie in how we may approach the performing arts both as practitioners and audiences – told through the lens of students who have been studying theatre, confronted with having to question what they have learned. This revisit of Offending the Audience will be staged from 10th November to 13th November 2022 at the NAFA Studio Theatre. 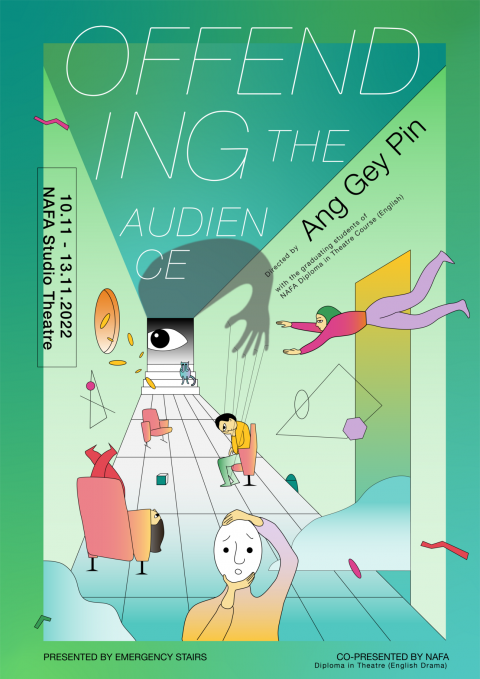