One of the most successful Singaporean shows of all-time, The LKY Musical, returns this September.

Presented by Aiwei and Singapore Repertory Theatre, this will be the first large-scale musical to take place here in over two years!

This is more than just one man's story.

This is a tale of idealism, war, intrigue, betrayal, loyalty, determination, passion and love.

This is the story of Singapore.

The LKY Musical is an inspiring tale of facing hardship head-on, overcoming seemingly insurmountable challenges and rising from the ashes. With new musical arrangements and new songs, this is an ideal show to bring Singaporeans together after the challenging past couple of years. 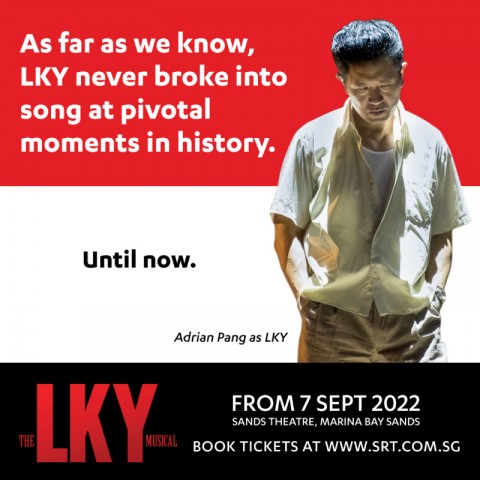