Something is going on at Manor Farm. The animals have overthrown Farmer Jones and, with the pigs as their leaders, have created a new state for themselves called Animal Farm.

Vowing to eliminate the terrible inequities in the system, the pigs write a set of commandments as a guide for animal life. However, cunning propaganda hides their true agenda, as the ideals of the revolution are gradually subverted.

Animal Farm, George Orwell's most celebrated novel, is a timely reminder that absolute power corrupts and that totalitarian regimes inevitably betray the trust of ordinary citizens.

Combining physical theatre, live and original music, and innovative design, Wild Rice's 20th-anniversary production of Animal Farm is more than just a tale of barnyard betrayal. Vital, sexy and wickedly funny, it invigorates a world classic with humour, integrity and clarity – proving that Orwell's dark fairy tale is as relevant today as it was 80 years ago. 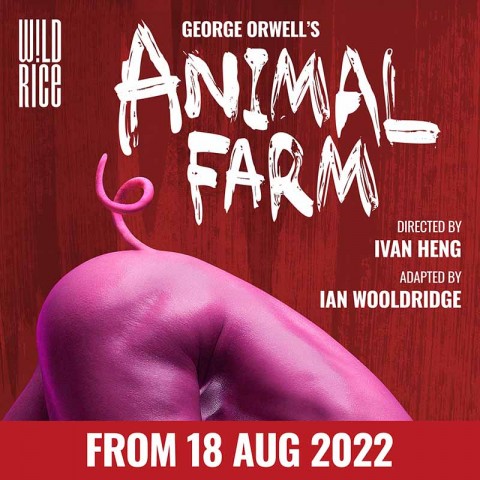