A unique collaboration between one of Singapore's leading filmmakers and one of the world's greatest orchestras, this expanded cinema experience, set in the not-so-distant future, contemplates the human journey as humanity looks towards planetary exodus to escape extinction.

In the near future, planet Earth has become unsustainable for human survival as we look towards planetary exodus to escape extinction. Unable to withstand the voyage, we had to leave our bodies behind and upload the totality of human experiences into a singularity we call The Labyrinth. Finally, now the human race is one. But have we lost our humanity in the making, when all is left are memories with no one to remember?

The Once and Future is an expanded cinema experience by lauded Singaporean filmmaker Yeo Siew Hua. Winner of the Golden Leopard grand prize at the 71st Locarno Film Festival for his film A Land Imagined, Yeo directs this illuminating and affecting work that speaks to the impending fears of our age.

His cinematic vision comes together with the virtuosic composition by Eugene Birman, and performed live by musicians from the world-renowned Berliner Philharmoniker, forming the ZeMu! Ensemble Berlin. Charismatic female vocalist Anandi Bhattacharya gives voice to The Once and Future as the Artificial Intelligence who guides the audience through its philosophical journey between laser light sculptures that bring to life the film on screen.

Deeply human and gazing at lives in an ailing world, The Once and Future is a daring and exquisite work about the borders of land, body and love, to discover what separates and binds us, and ultimately, what makes us truly human. 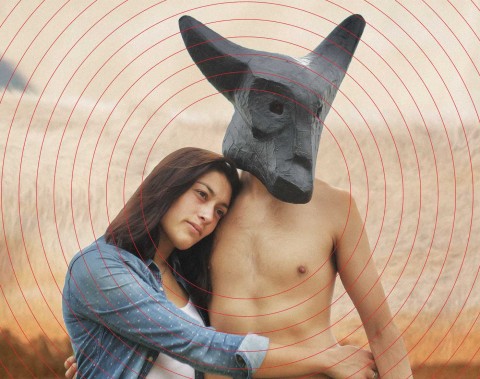